Radu Albot will face sixth seed Sam Querrey in the second round of the New York Open.

Years ago, a Moldovan man was watching his television, clicking through the channels when he saw something he had never seen before: tennis. The man liked the sport, and decided his son should try it. That boy was Radu Albot.

“When I started playing tennis, I was not following it on TV. It was just fun for me, running after balls, running around the court, playing games besides tennis,” Albot said. “Just more like a fun activity, it wasn’t like a serious sport.”

The 29-year-old says that there are not many public courts in Moldova. Mostly, there are courts available at private clubs. The country is small, with just more than 3.5 million residents.

You May Also Like: On The Line: Radu Albot

“There are enough courts to practise and enough to start playing there,” Albot said.

And that’s all the right-hander needed. Albot has set the bar for Moldovan tennis, and he hopes to inspire children in his country to take up the sport. Albot became the first player from his country to crack the Top 100 on 27 July 2015. Since 1984 Wimbledon, only two other Moldovans had reached the Top 500, so, as a kid, Albot found players from other countries to idolise.

“I was mostly following the Russian players like Yevgeny Kafelnikov, Marat Safin and I liked very much Roger Federer and David Ferrer,” Albot said. “I thought I was playing a little bit like David with my game style. I really admired him. When I got on the Tour, I tried to organise practice with him as much as I could.

“The first time you have a little bit of emotions, you’re excited to practise and to give your best in a practice. It’s a little bit like a dream. You see the guy for years on TV and suddenly you’re practising with him on the other side of the court, so that’s really cool and you could put it as an achievement in your career.” 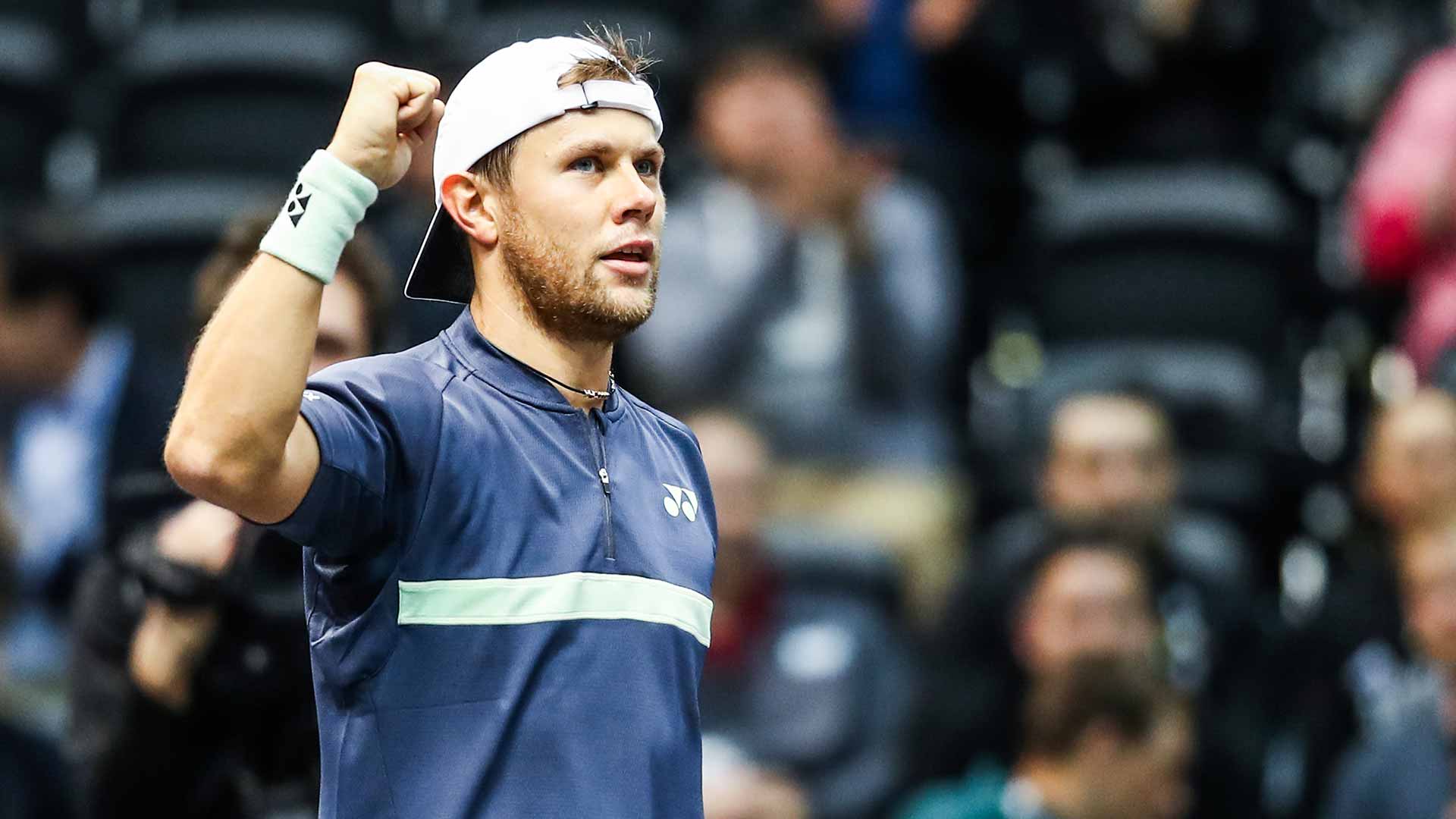 Albot stands only 5’9”, but he makes up for his lack of height with his footwork and grit on the court, battling to make his opponents hit as many balls as possible.

“I’m an overall player, I’m fighting until the end, every point. Every time I play the ball in the court, so it’s really difficult to take me off the court,” Albot said. “For sure they think I’m a tough opponent to play.”

At the New York Open, Albot defeated two of the tallest players in the sport in two consecutive years. On Wednesday, he defeated 6’11” Ivo Karlovic, withstanding a barrage of 37 aces to reach the second round. Last season, Albot ousted 6’10” John Isner, this year's top seed.

"He competes very well. I think he has to, and his match today against Ivo was very indicative of that. He got aced almost 40 times, but he stayed the course and was able to win that match," Isner said. "He's a very little guy... He competes very well and he's actually a pretty aggressive player for being someone who's smaller in stature.

"I think a surface like this actually suits him pretty well because he likes to play aggressively and on his front foot. He takes the ball early. I know he plays Sam [Querrey] tomorrow, so I think that will be a pretty good match because Radu is very capable and I have a lot of respect for him."

Albot made his biggest breakthrough yet at the Delray Beach Open by VITACOST.com, coming from a set down in his final three matches to become the first Moldovan to lift an ATP Tour title. It took a while for Albot to get to this level, as he was 25 when he made the Top 100 for the first time. But he was motivated to play in the main draw of more Grand Slam and ATP Tour events. Now that he’s there, Moldova’s tennis trailblazer will look to continue pushing forward.

“Now that I’m at my career-high, I want to be higher,” Albot said. “I had a goal for a couple of years now to break the Top 50 and I haven’t achieved it yet, but I really hope that in the future or in 2019 this will happen.”

Editor's Note: This story was originally published on 13 February, and updated to reflect that Albot won his first ATP Tour title in Delray Beach.