German Matthias Bachinger can become the 11th first-time winner on the ATP World Tour this season on Sunday in Metz.

Bachinger: 'You Always Dream About Playing A Final'

When qualifying for the Moselle Open in Metz began, it would have been difficult to envision Matthias Bachinger advancing all the way to the final of the main draw. Entering the week, the German had earned just one tour-level win all year.

Considering Bachinger had not made an ATP World Tour quarter-final since he reached the last four in Stockholm four years ago, a big run in France was unlikely. Before the tournament, did the 31-year-old expect to be celebrating a victory against former World No. 4 Kei Nishikori on Saturday, earning himself the biggest opportunity of his career?

“No,” Bachinger told ATPWorldTour.com, laughing. “Of course not.”

But these are the moments that Bachinger has been working towards. Currently No. 166 in the ATP Rankings, the German can become the second lowest-ranked player to triumph on the ATP World Tour this year (No. 355 Pablo Andujar, Marrakech). If he beats two-time Metz titlist Gilles Simon on Sunday, Bachinger would also become the sixth qualifier to triumph in 2018. Ironically, that's who he faced in his first semi-final six years ago in Bucharest.

You May Also Like: Bachinger Stuns Nishikori In Metz To Reach First Final

“Of course it feels great. My first final at an ATP World Tour event, and then to beat Nishikori in the semis, it’s a special moment for me,” Bachinger said. “It means a lot for me to play a final at a tour event. And right now I’m just really, really happy.”

In a way, this is the culmination of one long comeback for Bachinger. In January of 2016, he underwent knee surgery, which sent him plummeting as low as World No. 574. Last July, the Munich native remained outside the Top 400. But slowly, Bachinger has grinded away, working his way back toward his career-high of No. 85, which he achieved in 2011.

“It wasn’t easy for me. Last year I also played some Futures to come back,” Bachinger said. “This year at the beginning it was good. I qualified for the Australian Open, played some good matches during the year [like in] Halle against Nishikori. But now this is the best result of my career and I want to enjoy this moment.” 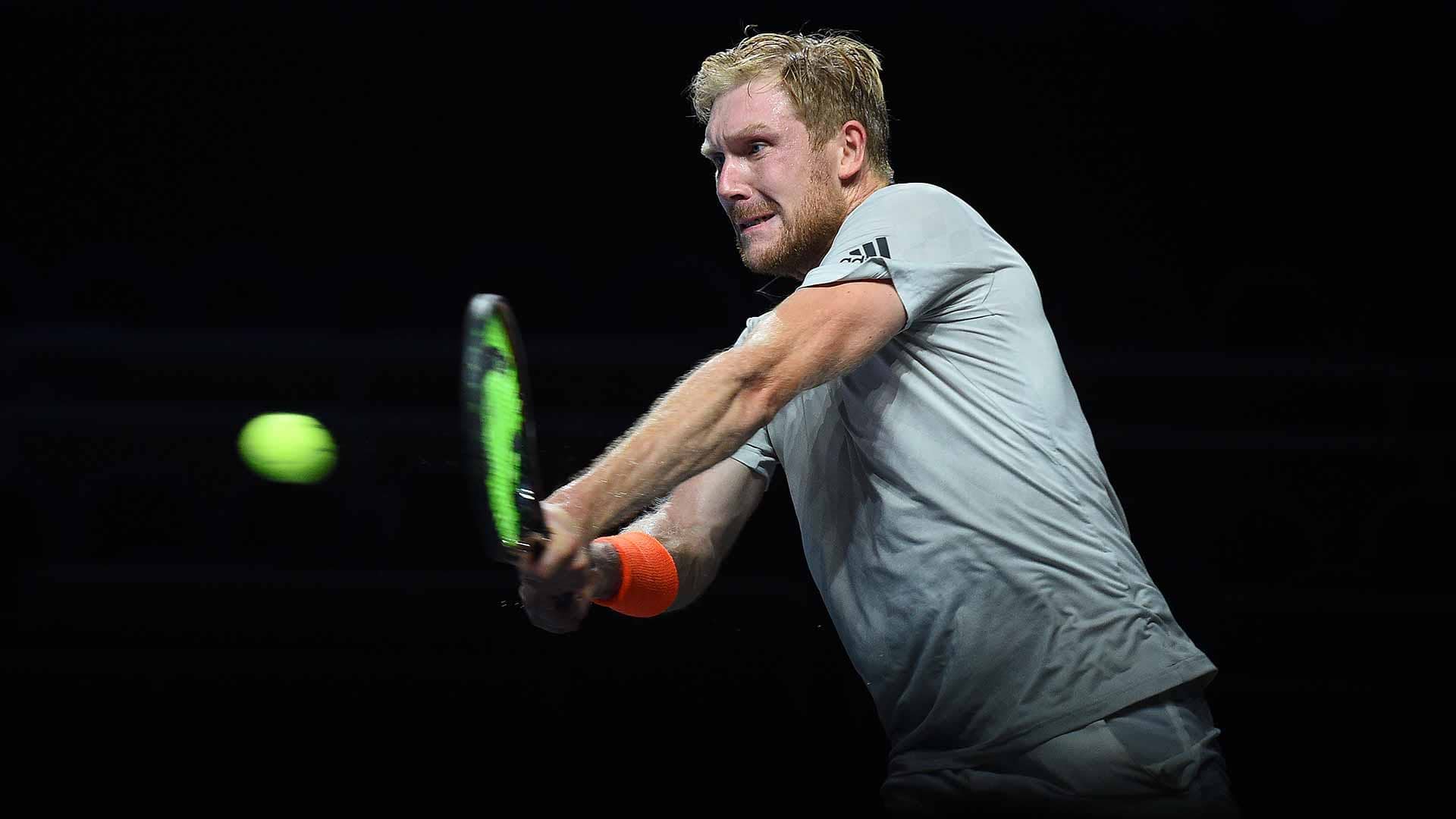 Bachinger had only won one match against an opponent inside the Top 20 of the ATP Rankings before facing Nishikori. But the Japanese star was a familiar foe, having pushed him to three sets at an ATP Challenger Tour match in Dallas this February, before losing a tight two-setter against the recent US Open semi-finalist in June at Halle.

“I knew that the matches before were tough,” Bachinger said. “He’s in great shape. He’s coming from a success at the US Open, but I also knew that I would get my chances. I’ve been playing really good this week. In the end, I was trying to hold my serve, I got some break chances and I took it. It was really, really close and I made the big points today.”

It is interesting to note that the German his making his big breakthrough at the age of 31. If he upsets Simon, who owns a 2-0 lead in their FedEx ATP Head2Head series, Bachinger will not only be the 11th first-time winner of the season, but the oldest of that group.

“Of course 31 is not the youngest player, but it’s also not the oldest. Many players got their biggest success when they’re over 30,” said Bachinger, who can become the second straight German qualifier to triumph in Metz after Peter Gojowczyk did so last year. “That always gave me the hope that one day I will have a big success, maybe a final like here. I don’t really look at my age, I just look at how I play tennis, how I feel, how my body is, and I feel really good at the moment. I hope it’s better than ever. I have no pain. Age is just a number. I don’t care how old I am.”

But the job is not done yet. While this accomplishment is the biggest of Bachinger’s career, he is just two sets from making this week even more special.

“For this moment you practise day by day, give everything,” Bachinger said. “To have this moment, it’s really, really special. You always dream about playing a final, and now it’s real. At the moment, it’s tough to believe it, that’s the truth. I’m looking forward to the final tomorrow.”