To say it was a dream week for Yannick Hanfmann would be an understatement.

First, he captured the biggest title of his career. On Saturday, the 26-year-old lifted the trophy on home soil, prevailing at the award-winning Sparkassen Open in Braunschweig, Germany. It was his third ATP Challenger Tour crown and second of the year.

Then, on Monday, the long-awaited Top 100 breakthrough will arrive. Hanfmann's victory at the €127,000 event sees him vault 13 spots to a career-high No. 99 in the ATP Rankings. Two years ago, the German was kicking off his professional journey after a successful collegiate career at the University of Southern California. Now, he is a Top 100 player.

Hanfmann is the champion!@YannickHanfmann cements his place in the Top 100, taking the title in Braunschweig 62 36 63 over Jozef Kovalik.

First 🇩🇪 to lift the 🏆 since Alexander Zverev in 2014. pic.twitter.com/9SLnloA3zV

"At the beginning of the week, I would have never thought that I will win the title here," said Hanfmann. "I came here, working with my coach again and just wanted to take it match by match. I guess this worked out pretty well.

"And I will be ranked inside the Top 100. This is very nice and I am really happy. If I continue like this, I will have the chance to climb up the [ATP Rankings] even higher."

Hanfmann becomes just the fourth German winner in the 25-year history of the Sparkassen Open. He is the first since 2014, when current World No. 3 Alexander Zverev kicked off his journey to the top of the game with his maiden Challenger crown.

A native of Karlsruhe, Germany, Hanfmann has now won 13 of his last 15 matches, also including a title on the clay of Shymkent, Uzbekistan last month. This week, he turned in a string of impressive performances to lift the trophy, defeating defending champion Nicola Kuhn in the first round before rallying from a set down to oust both Dustin Brown and second seed Roberto Carballes Baena.

On Saturday, Hanfmann scored another three-set victory, overcoming an in-form Jozef Kovalik 6-2, 3-6, 6-3 for the title. He saved five of six break points over the two-hour and three-minute affair. 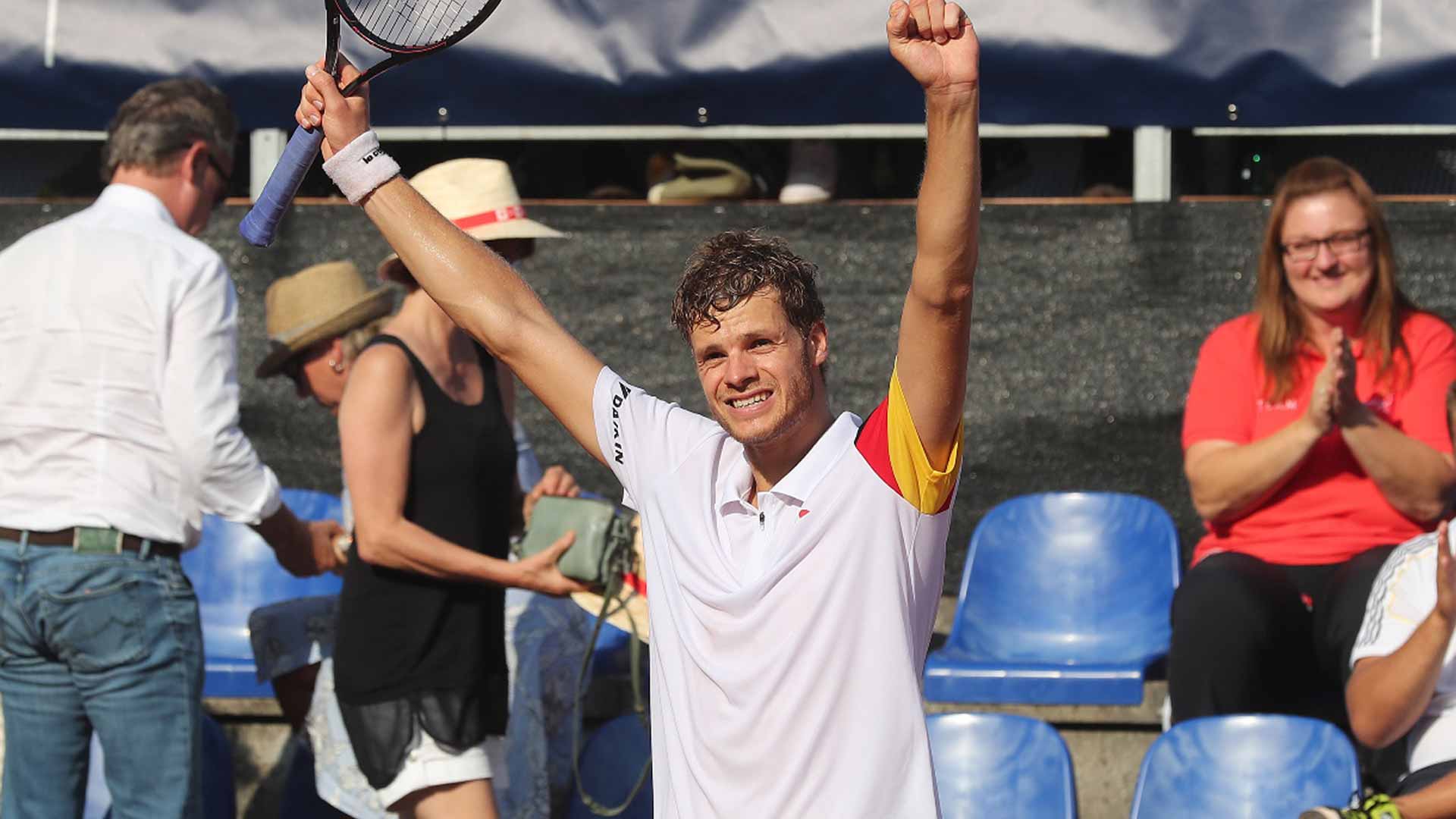 "I think it was a very interesting match," Hanfmann added. "I played a solid first set, going a lot for his backhand. The momentum switched after losing my serve at the beginning of the second set. Nonetheless, I always had the feeling that I will get my chances. That’s what happened in the end.

"The tournament here is organised very well. As it takes place in Germany, it obviously makes it very special for me. It is always great to play in front of your home crowd. I went to school in (nearby) Hannover for one year and I really enjoyed that time. I like the northern part of Germany. A trip to Braunschweig is always connected with good feelings."

Hanfmann will take a week off before competing at the J. Safra Sarasin Swiss Open in Gstaad, the site of his first ATP World Tour final a year ago (l. to Fognini).