Brest Challenger competitors Jaume Munar, Michael Mmoh and Ugo Humbert are all vying to qualify for the Next Gen ATP Finals.

Exactly 19 years ago, Roger Federer entered Brest, France, as a highly-touted teenager on the cusp of a big breakthrough. He would leave the tournament with his maiden - and lone - ATP Challenger Tour title.

This week, a group of #NextGenATP stars are looking to follow in Federer's footsteps at the €106,000 event. And the stakes couldn't be higher in the ATP Race To Milan, with three Next Gen ATP Finals contenders in action. At Nos. 8-10, Jaume Munar, Ugo Humbert and Michael Mmoh are all seeded in Brest and will be fighting for a coveted berth in Milan. They also feature as three of the five nominees for Newcomer of the Year, in the 2018 ATP World Tour Awards Presented by Moët & Chandon.

Entering the week, Andrey Rublev (750 points) is in the driver's seat for one of the two remaining qualifying berths, with Munar (641) one spot behind and looking to hold off the rest of the pack. The Spaniard is seeded second in Brest, but will face significant pressure with only 93 points separating him from Humbert (582) and Mmoh (548). With 110 points awarded to the champion, it will be a mad dash to the finish line.

"Munar has a lot of points, so it's going to be tough to catch up to him," Mmoh said after winning the title in Tiburon last month. "But you never know. The way I'm playing, it could happen." 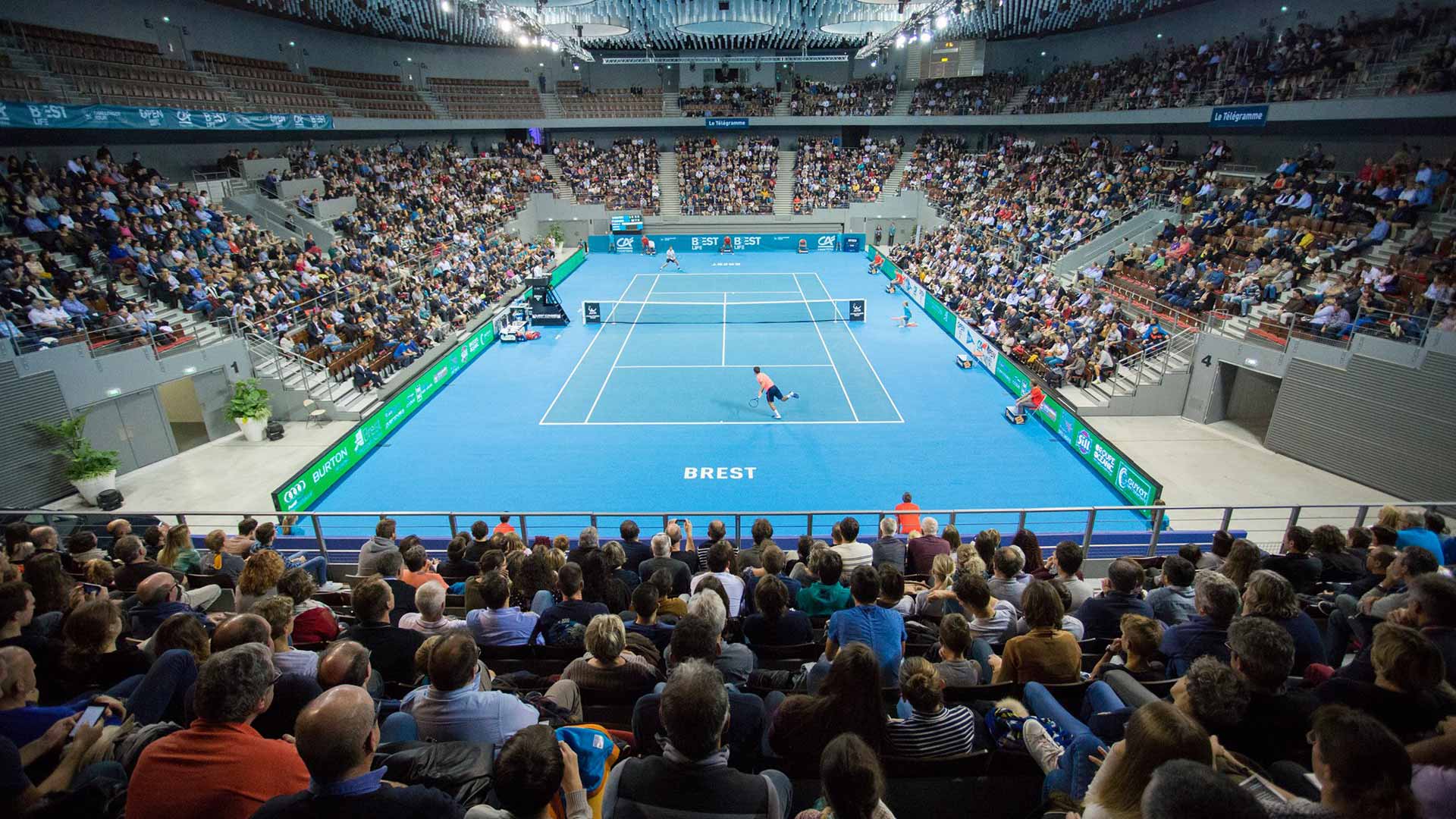 Each member of the trio has enjoyed great success on the ATP Challenger Tour this year, en route to Top 100 breakthroughs in the ATP Rankings. Munar could face Mmoh in a blockbuster quarter-final laden with Milan implications, while Humbert looms in the top half of the draw.

Mmoh would need to lift the trophy to have a shot at surpassing Munar and punch his ticket. Humbert must reach the final at the least. But, with top seed Julien Benneteau, defending champion Corentin Moutet and an in-form Lorenzo Sonego also featuring in the draw, nothing will come easy.

You May Also Like: Humbert's Milan Charge: #NextGenATP Rises To Ninth With Ortisei Crown

Stefanos Tsitsipas, Denis Shapovalov, Alex de Minaur, Frances Tiafoe and Taylor Fritz have already qualified for the 21 & under season finale. The second edition of the tournament will be held at the Fiera Milano from 6-10 November 2018.

By The Numbers
(8) Munar: 21-year-old Spaniard lifted two trophies this year, prevailing in Prostejov, Czech Republic and Caltanissetta, Italy in June. He reached a career-high No. 79 in the ATP Rankings, having also advanced to his first ATP World Tour semi-final in Kitzbuhel.

(9) Humbert: 20-year-old Frenchman is the hottest player on the ATP Challenger Tour, posting a staggering 26-5 record since mid-July. He won titles on the hard courts of Segovia, Spain and Ortisei, Italy, while also claiming his first Grand Slam match win at the US Open and his first on the ATP World Tour in his hometown of Metz.

(10) Mmoh: 20-year-old American broke into the Top 100 of the ATP Rankings last month, after going back-to-back on home soil in Columbus and Tiburon. He is the only member of the trio with multiple ATP World Tour quarter-final appearances this year (Brisbane, Los Cabos).

Note: While the trio competes in Brest and Rublev looks to wrap up a berth in Vienna, two other players are still mathematically alive and competing at ATP World Tour 500 events. At the Erste Bank Open 500 in Vienna, 12th-placed Felix Auger-Aliassime received a main draw wild card and would need to reach the semi-finals. And at the Swiss Indoors in Basel, 19-year-old qualifier Alexei Popyrin must lift the trophy.