Today's ATP Challenger Tour stars discuss how they have been impacted by the COVID-19 pandemic, providing an exclusive glimpse into life at home.

In our sixth episode, the birthday boy Brayden Schnur reflects on quarantine life at home with his family in Canada and reveals why he decided to move to California to continue training. The 25-year-old also takes questions from fans in a special Mailbag edition...

How do you celebrate a birthday in such crazy and uncertain times? Brayden Schnur kept it simple.

"There's not much to do, that's for sure," said Schnur. "We made a reservation in a nice restaurant and we were lucky that they had a big patio, so they kept full service. I'm training and playing some exhibition matches in Newport Beach, California, and my girlfriend and sister came down to celebrate with me. We had a great dinner, had a few drinks and saw some fireworks. It was the best way to spend a birthday. We also rented an Airbnb for the week in Laguna Beach. Great view and great people. Can't ask for much more."

When the tour was suspended in March, the Toronto native took the opportunity to return home and spend some quality time with his family. Having competed at the University of North Carolina for three years and now four more on the professional circuit, he admits that he cherished the three months spent relaxing with his mom, dad and sister. It was a much-needed break to not only refresh mentally, but also physically after struggling with injuries to start the 2020 season.

But Schnur also admits that practising in Canada when it's snowing and sub-freezing outside did not allow him to get the most from his training. Last month, the 25-year-old made the decision to relocate to the warmer climate of Newport Beach, California, to train with his fellow competitors, including Jason Jung, Ernesto Escobedo and Brandon Nakashima. With the ATP Challenger Tour nearing its restart, Schnur understands the importance of high-quality training sessions to put him in the best position to succeed. 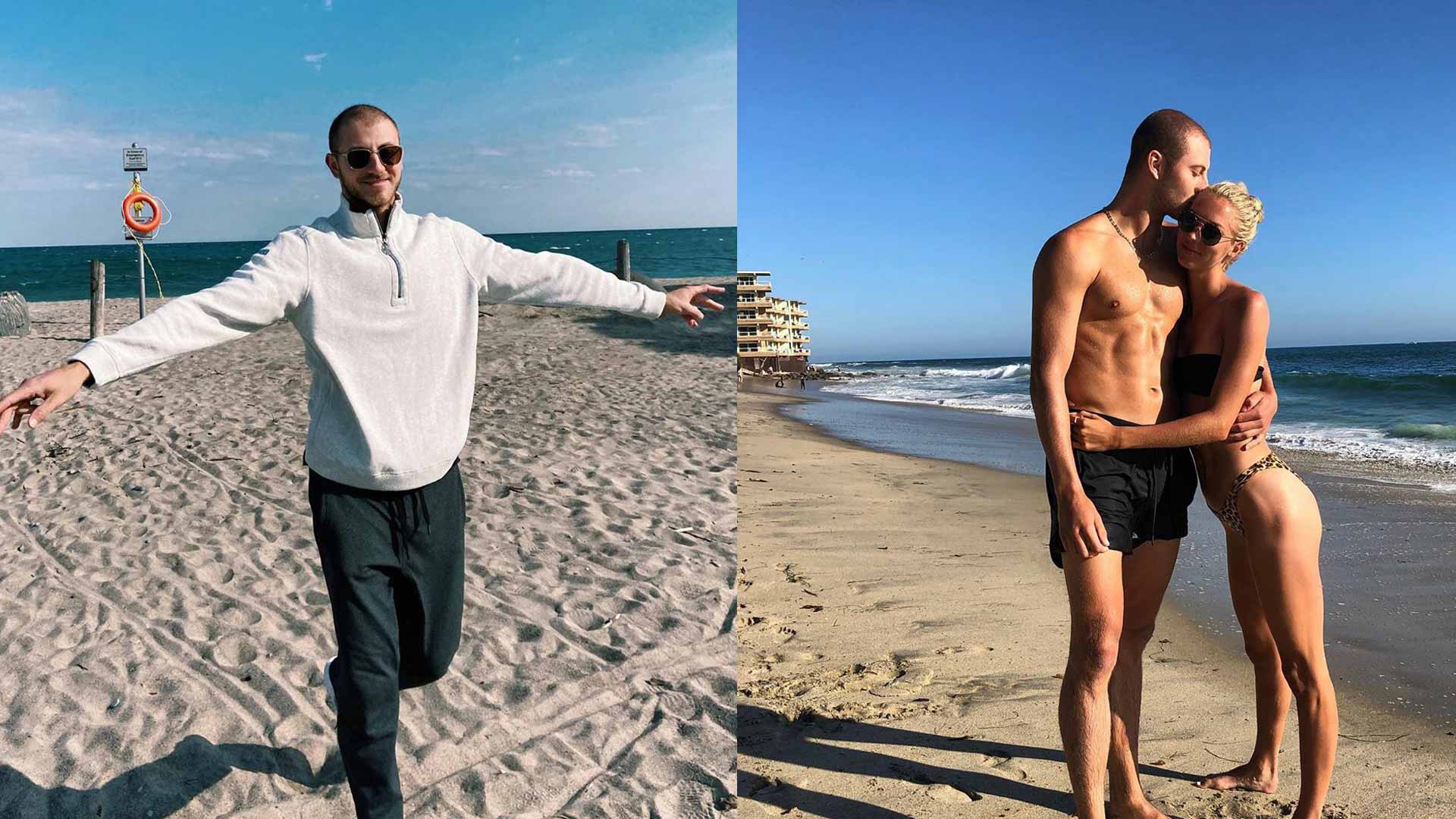 "I spent a good solid two months doing drills, not really playing points, but a lot of volume and repetition. I was finding my range, but there comes a point where you need to put yourself in match situations. Just to come here and play with these guys, who are an incredible level, feels good. It's been months since we've played with something on the line, so this is much-needed.

"Back at home in Canada we were playing in the snow and then the next day it was 22 degrees out. It was the craziest thing ever. At that moment I said that I needed to go somewhere to get into a routine every single day. I made my way to Newport Beach and here I am."

Schnur is hoping this fresh approach will produce his first champions' trophy. The Canadian reached his first ATP Tour final a year ago at the New York Open and has finished runner-up in four finals on the ATP Challenger Tour.

After battling on the Challenger circuit for three years, finding his form and steadily climbing the FedEx ATP Rankings, Schnur enjoyed a breakthrough 2019 campaign. In addition to reaching the New York championship as a qualifier, he also competed in his first Grand Slams at Wimbledon and the US Open and cracked the Top 100 at a career-high No. 92 in August.

Schnur's success at the Challenger level gave him the confidence to translate his success to the next level. Runner-up finishes in the U.S. in Newport Beach, California and Charlottesville, Virignia, was accompanied by a run to the championship match on home soil in Winnipeg.

"I've been telling my coach and my family that I'm match ready. I'm fit and playing at a better level than prior to the pandemic. I feel much stronger and I'm just ready to go out and compete again. If someone said that we're going to have tournaments next week, I'd be ready. There's no question about that."

You May Also Like: Schnur, Peliwo Kick Off VanOpen At Capilano Suspension Bridge
More stories like this in:
ATP Premier Partner