Alejandro Tabilo has been training with his girlfriend during the tour's suspension.

Today's ATP Challenger Tour stars discuss how they have been impacted by the COVID-19 pandemic, providing an exclusive glimpse into life at home.

In this episode, Alejandro Tabilo reveals his training regimen during the pandemic, while discussing how technology has played a role in his preparation for the tour's restart. The 23-year-old also talks about how TikTok videos with his girlfriend have become a viral sensation in Chile.

It's the question professional athletes have been asking all year... How do you stay in shape during a pandemic?

At a time when quarantines have become the norm and training at an elite level is more of a challenge, finding innovative ways to stay physically and mentally fresh is essential. That is, being prepared for the tour's resumption while staying motivated, but not overtraining.

This was magnified even further in Canada, where the weather remained too cold to train outdoors for many months. For Toronto native Alejandro Tabilo, a different approach was necessary.

"I tried to make it feel as normal as possible," said Tabilo. "Right after the tour was suspended in Indian Wells, I went back to Toronto with my girlfriend. She's a professional tennis player too, so it has been good to have someone to do all the exercises with. But for a while, everything was shut down and we could only do fitness at home. Thankfully we have a little court in our apartment building, so sometimes we would go out and hit. Canada was pretty cold, so it was a struggle to do anything outside.

"I was playing very well right before everything stopped, so that helped, just having those good feelings still in my mind. I stayed home for three months, but I was in contact with my coaches all the time. We had Zoom calls every day to go over different plays, shots and situations. We wanted to keep the competition fresh and I think that helped a lot. And my physio sent some workout videos to stay fit. 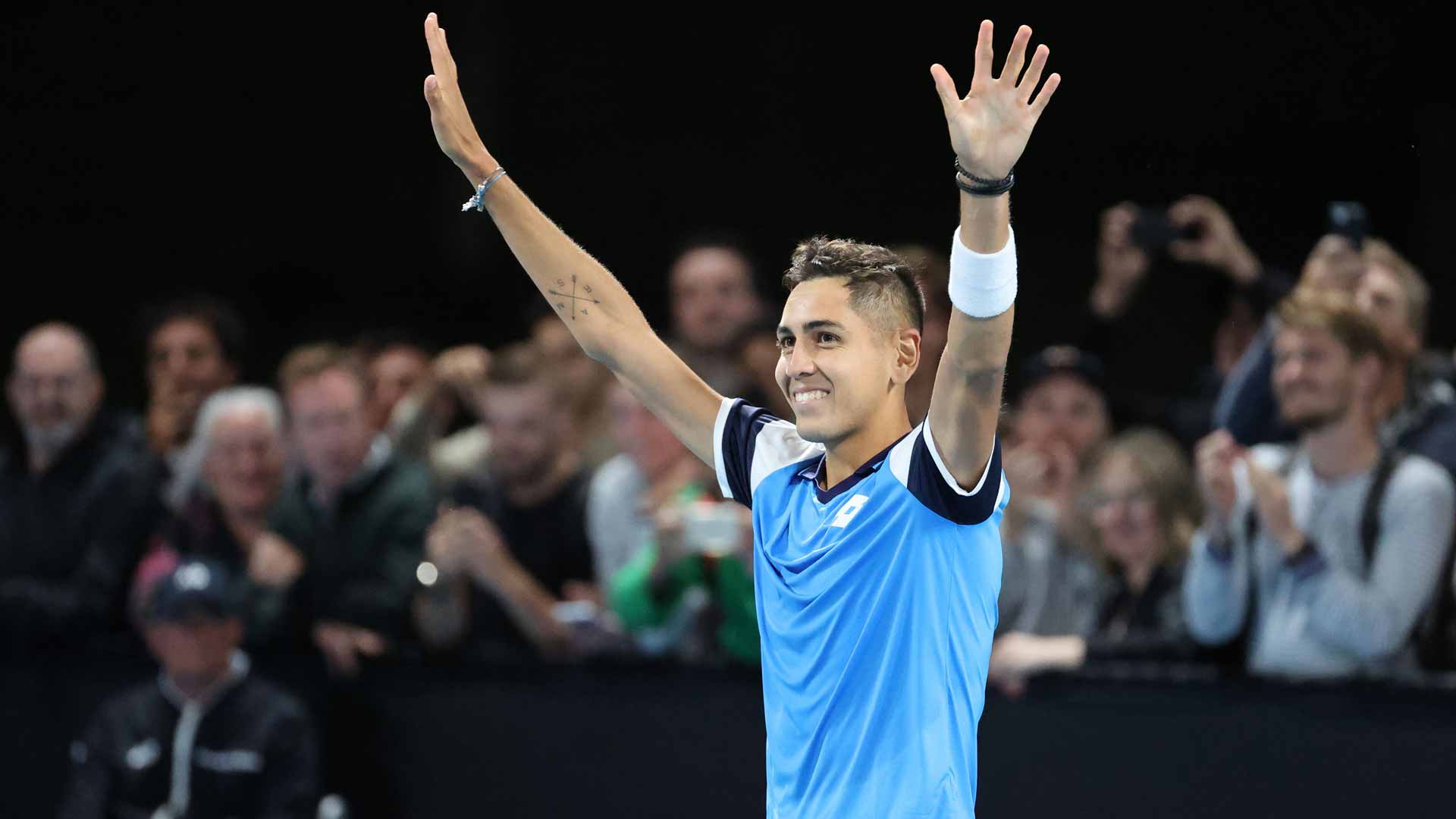 You May Also Like: Watch 'Challenger At Home' Episodes

Cristian Garin has put Chile back on the tennis map in recent years, lifting four Tour-level trophies and surging inside the Top 20 of the FedEx ATP Rankings. While he is still plotting his ascent on  on the ATP Challenger Tour, Tabilo knows that his time will come in the near future and Chileans everywhere will soon know his name.

Sitting just eight spots off his career-high of No. 166 in the FedEx ATP Rankings, the Chilean-Canadian is steadily making a charge towards the Top 100. Tabilo carried the momentum from a pair of Challenger semi-final appearances into the 2020 season, kicking off the new year in dream fashion.

In January, the 23-year-old would represent his native Chile at the inaugural ATP Cup and qualified for his first Grand Slam, reaching the Australian Open second round with a five-set win over Daniel Elahi Galan. And one month later, in his hometown of Santiago, the 23-year-old made his breakthrough on the ATP Tour. In front of friends and family, Tabilo defeated Paolo Lorenzi 6-3, 6-4 at the Chile Dove Men+Care Open.

It was an experience he will never forget and one that gives him great confidence entering the restart. 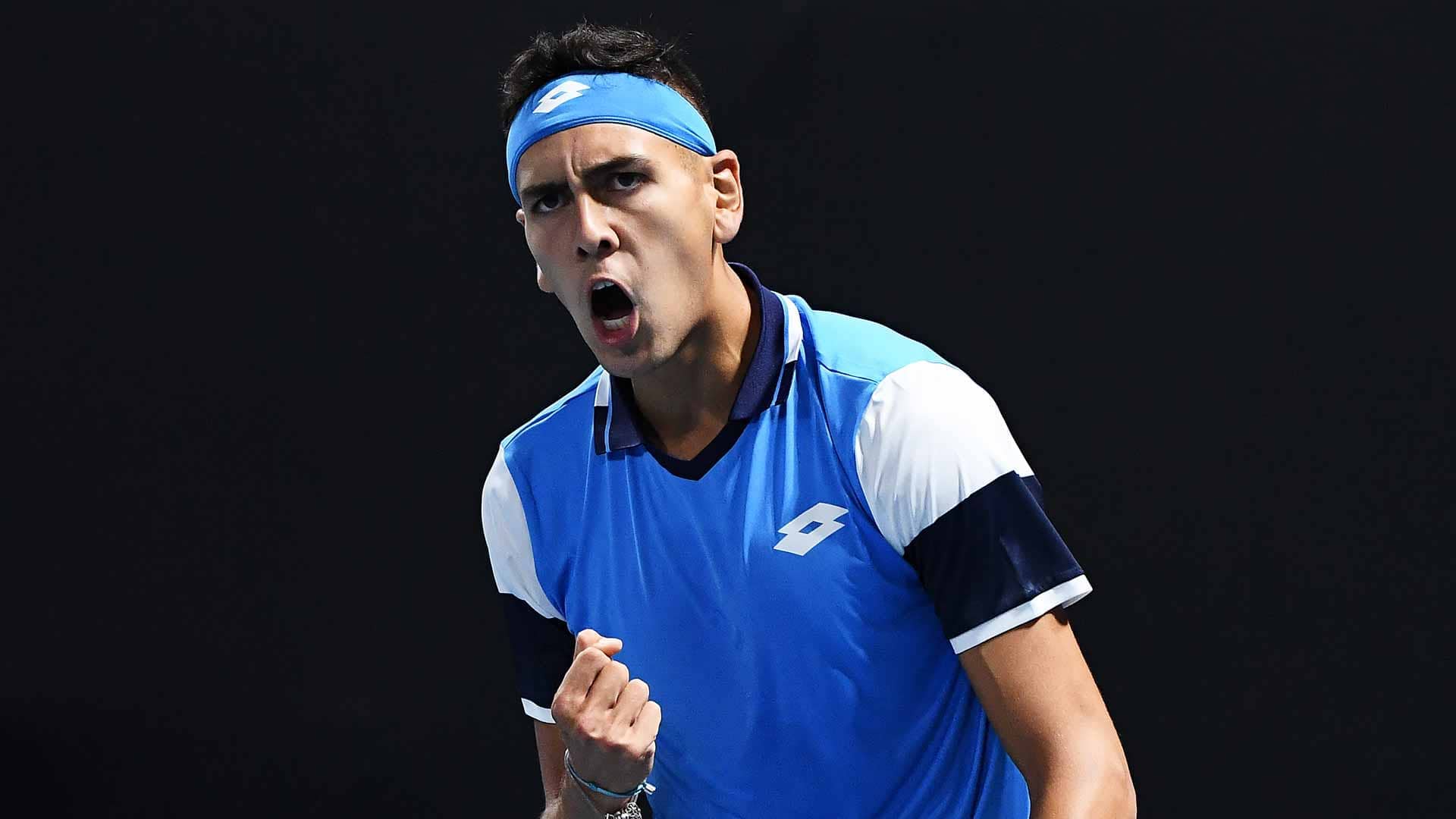 "In 2019, I had a lot of good results at the ITF level to get into Challengers. That helped a lot and I was able to transition really quick to the Challenger Tour. When I reached my first semi-final in Puerto Vallarta, it helped me with my confidence and I've been going up from there.

"And then, I did so well in Australia and that helped to get my name known in Chile. I don't think it would have been the same reception if I hadn't had that great result. And then coming back home, everyone was saying 'who's this new guy coming up?'. It was a full stadium and everyone was chanting my name. Having my first match in an ATP main draw in Chile and getting that kind of reception was incredible. It's something that I will never forget."