ATP Challenger Tour events in Braunschweig, Heilbronn and Vancouver are presented with 'Tournament of the Year' awards in Milan.

This week, the stars of tomorrow of the ATP World Tour have descended on Milan, as the Next Gen ATP Finals enters its second edition. It marks the culmination of a successful season for these rising talents and gives them an exclusive stage to showcase their talents.

It was apropos that the week also featured the awards presentation for 2017 Challenger Tournaments of the Year. With many Milan qualifiers making great strides on the ATP Challenger Tour this year, the circuit is a true springboard to the next level. Three of its elite tournaments were honoured on Wednesday.

The NeckarCup in Heilbronn, Germany and the Odlum Brown VanOpen in Vancouver, Canada, were recognised after standout editions. The Sparkassen Open in Braunschweig, Germany, was celebrated for a fourth consecutive year, since the awards as voted by players were introduced. The trio of world-class tournaments were acknowledged for their passion and commitment to growing the game at the Challenger level. 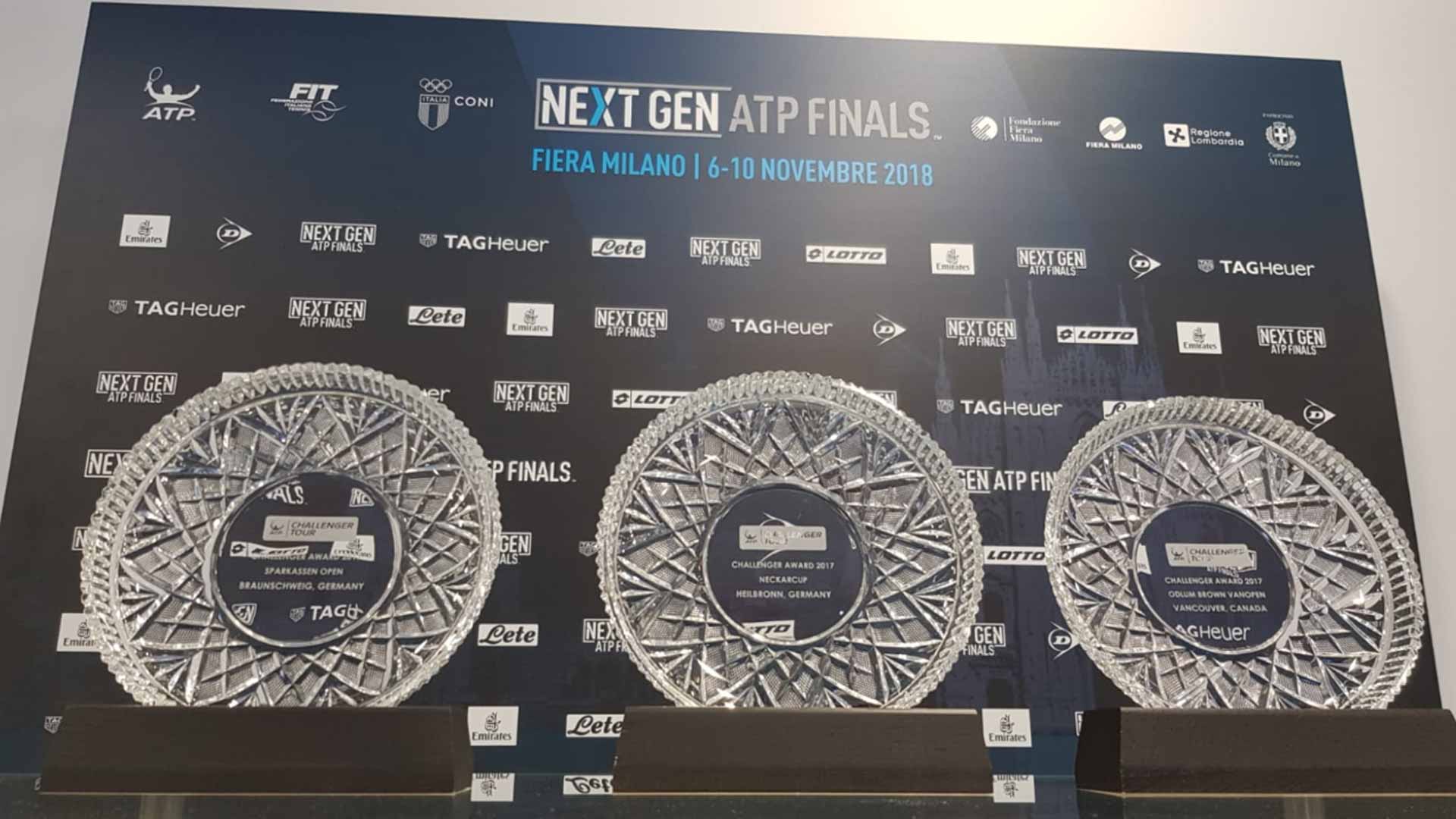 The €127,000 event in Braunschweig enjoyed a 25th anniversary this year. Notable past champions include Gaston Gaudio (2000), Tomas Berdych (2004) and World No. 5 Alexander Zverev (2014). In 2017, Spanish teenager Nicola Kuhn lifted the trophy in just his second Challenger appearance. The event began with a small Centre Court and one catering tent, and the main stadium has since been upgraded to hold a capacity crowd of 2,000 patrons, with a big stage for the concerts and over 50 concession tents for catering and exhibitions.

You May Also Like: Braunschweig Venue Steeped In Centuries Of History

Drive less than five hours south and you'll arrive in Heilbronn, where players and fans have walked through the doors of the Tennisclub Heilbronn Trappensee for four years. The future of German tennis was on full display this year, with 17-year-old Rudolf Molleker becoming the youngest winner on the circuit in 2018.

"We're so happy that all our efforts resulted in this," said tournament directors Mine and Metehan Cebeci. "We do our job really passionately and the result is a high-quality event for the players and everyone visiting. After only four years, we've reached two of our objectives: make it possible to increase the prize money and be honoured as one of the best Challengers worldwide.

"Many thanks to the ATP as well as to the players for the appreciation. We're really proud of this award and it's a pleasure to work with everyone. This award is still a motivation to improve and give our very best.

"Milan is a great city, but to be here for this reason and see the 'Next Gen', which are our guys from the Challenger Tour, makes us feel very special and proud."

For 13 years, Hollyburn Country Club has set the standard in Vancouver. With former pro Rik de Voest leading the charge, the hard-court event is thriving on the circuit. Players visiting Hollyburn have not only been treated to a world-class and opulent facility, but a relaxing retreat during the hectic summer hard-court season.

"We continuously take feedback from everyone in involved - the players, supervisor and staff - and always strive to do better," said De Voest. "We've definitely raised the bar again this year and it shows by the amount of crowds we've had and the support. So far it's been so successful. We're hoping to continue to grow even more next year."