It has been a resurgent 2019 campaign for Brazil on the ATP Challenger Tour. Four different players have won a total of six titles. With the season coming to a close, the proud tennis nation is launching itself on the map once again.

On Sunday, Thiago Seyboth Wild claimed a slice of history for the South American country, becoming just its fourth teenage Challenger champion. The 19-year-old routed top seed Hugo Dellien 6-4, 6-0 for the title in Guayaquil, Ecuador, completing an impressive week that saw him reel off six wins in six days and also reach the doubles final.

The Brazilian dropped just one set all week to triumph on Ecuadorian soil, including a trio of statement wins over Dellien, a red-hot Thiago Monteiro, Jozef Kovalik and Juan Pablo Varillas. He has won three matches over Top 100 opponents in the past two weeks, tripling his career total.

With Monteiro lifting three trophies and Joao Menezes bursting onto the scene with his maiden crown in Samarkand and a gold medal at the Pan-American Games, Brazil has steadily been making progress this year. As the youngest member of the contingent, Seyboth Wild is the latest to enter the fray.

The budding #NextGenATP prospect - also the US Open boys' champion in 2018 - joins strong company in becoming just the fourth different teen to win this year, along with Jannik Sinner, Nicola Kuhn and Corentin Moutet. He rises 76 spots to a career-high No. 235 in the ATP Rankings. 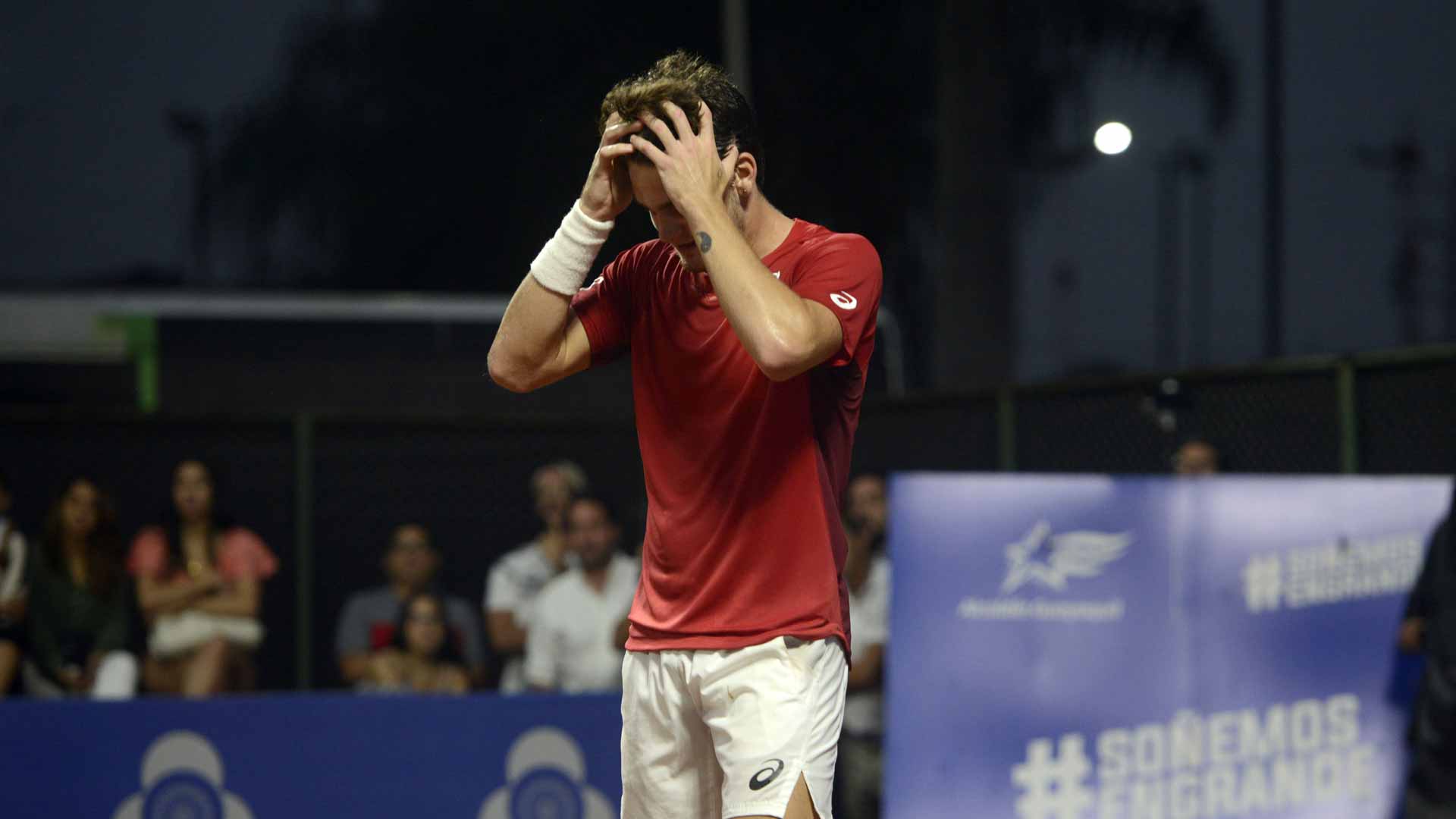 Seyboth Wild spoke to ATPChallengerTour.com after lifting the trophy at the Challenger Ciudad de Guayaquil...

Thiago, congrats on winning your first Challenger title. How does it feel to lift the trophy?
To get my first title is an amazing feeling. I can't even describe the sensations right now. It's just the start of something I've been planning for so long. I'm sure if I keep working hard and stay on the right path, I'll keep winning.

To win your first title is never easy. What was the key this week? How did you get it done?
It doesn't really matter if it's your first title or not. It's always really hard to play at this level and in a final match. My mentality was super strong this week and also my serve really helped me.

Talk about the final. Did you feel nervous at all against Hugo? It's the second straight year you met in Guayaquil.
Yeah, I was actually pretty tight before the match. I think I managed the emotions pretty well. 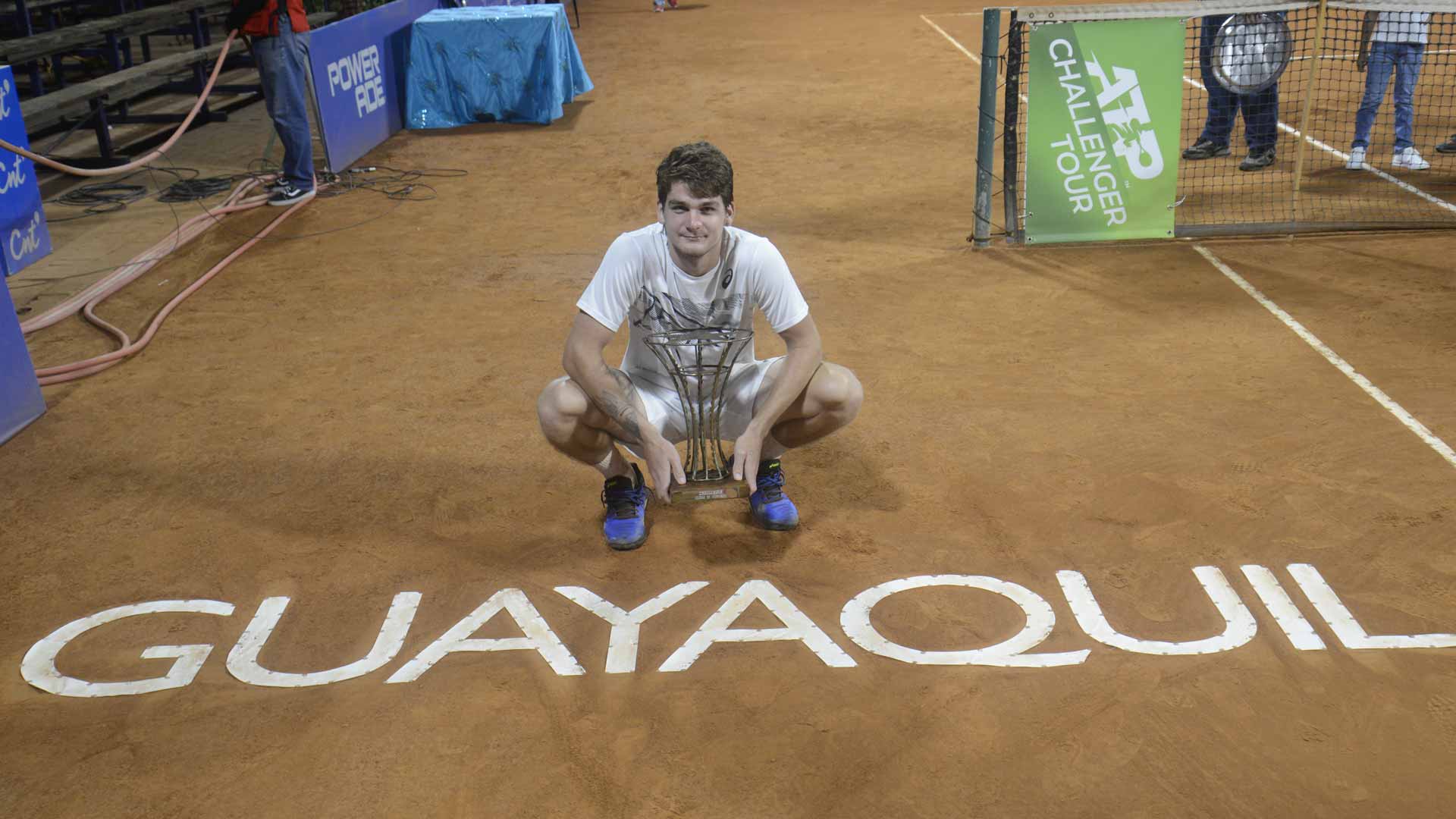 Winning six matches in six days, including two over Top 100 players, is a big achievement. How rewarding is it to finish the season on such a high note?
I think that lifting a trophy is always pretty amazing, especially at the end of a season. I'm going for my best ranking right now and probably getting into the Australian Open qualies. That was one of the goals I had in these final weeks. I can check that off.

You hadn't reached a semi-final at this level and here you are with your first trophy. How do you explain this sudden surge?
I have been working really hard with my mentality and my fitness. I can actually tell that I'm getting there. I have a lot to improve and I know that I'm on the right path. I think that if I keep working hard and look towards bigger things, I'll have better results.

As you've moved from juniors to pros, what have you learned about your game at this level? How has your game grown?
Going from juniors to pros is two different worlds. The intensity of the matches is very different. The level of tennis you have to play is different. You pretty much have to be out there with just your coach the whole year. You have to stay strong, keep working hard and thinking about yourself.

You are the fourth different Brazilian player to win a title this year. What is the current state of tennis in your country?
Brazil has had some good moments and the current group we have are pretty solid. Thiago Monteiro is in the Top 100 and Joao Menezes is Top 200. Both of them have won Challenger titles. I'm pretty sure we have good players on top in the next few years.

Do you hope to inspire more Brazilians? How important is it to grow the game back home?
The goal is always to help people and make them dream. But we should always be thinking about ourselves too and our own goals. Planning what you have to do, writing it down and focusing on your short-term goals is the best thing you can do. You have to focus on things that are doables in the short term and think about what you can do at this moment, not five years from now. 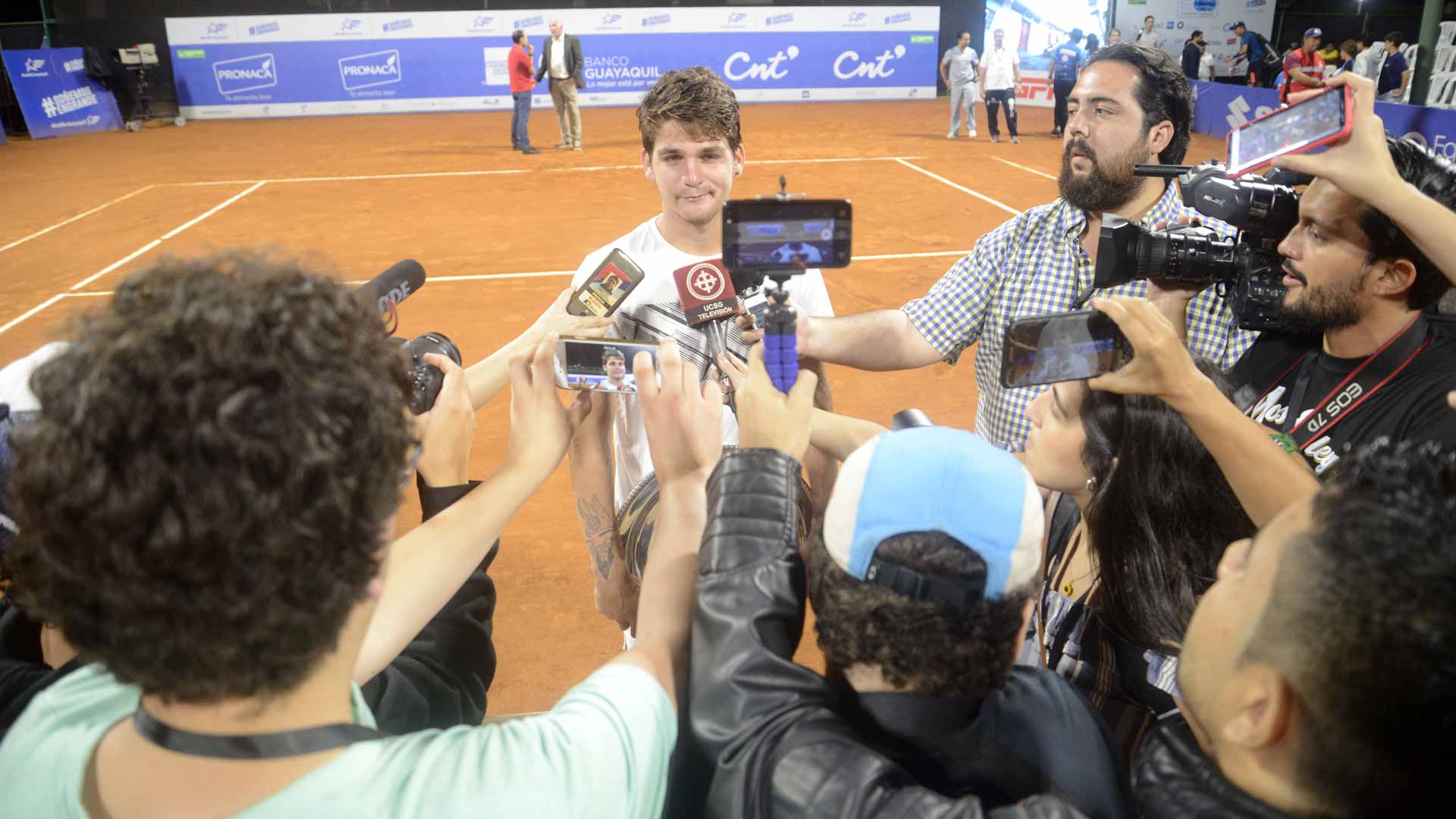 What did you enjoy most about your time in Guayaquil?
I didn't have time to enjoy the city much because I was playing singles and doubles every day. But I did enjoy my time in general. The traffic here is nowhere near Brazil. It's a lot better. You usually get stuck in traffic in Brazil for hours and hours. Here you go to the hotel and come back to the site in 10 minutes. It's one of the best things for players.

For those of us who don't know much about you, tell us something. What do you enjoy doing off the court? Do you have any passions outside of tennis?
My mom wanted me to go to college when I was younger. I'm actually taking online classes at the moment. It helps me keep my focus when I'm on the road for a long time, and so I don't waste energy on stuff I shouldn't be.