ATP Staff
This article contains:
Canadian sits down with broadcaster Mike Cation after taking the title in Charlottesville

Vasek Pospisil opened his 2019 campaign in a position no player desires. The Candian was laying on an operating table after undergoing back surgery to repair a herniated disc. He would miss the next five months of the season, before returning at Wimbledon.

Now, the former World No. 25 is working to rebuild his ranking one tournament at a time. His recent results will go a long way to achieve that. On Sunday, Pospisil defeated countryman Brayden Schnur 7-6(2), 3-6, 6-2 to capture the crown at the ATP Challenger Tour event in Charlottesville.

Pospisil went back-to-back in Las Vegas and Charlottesville, securing his second straight title. The 29-year-old dropped a combined one set between the two tournaments, extending his win streak to 11 straight with his victory at the Boar's Head Sports Club.

It marked the first time two Canadians met in a Challenger final outside of Canada since 1999, when Frederic Niemeyer defeated Sebastien Lareau in Urbana. Ironically, Niemeyer is now coaching Schnur.

✅ Back-to-back titles in Las Vegas & Charlottesville
✅ 10-match win streak@VasekPospisil is the champion at the @CMPChallenger! pic.twitter.com/EpZHvHnZ87

Up to No. 153 in the ATP Rankings, Pospisil is in a hurry to return to return to the ATP Tour. Just last month he streaked to the Round of 16 at the Rolex Shanghai Masters as a qualifier, securing a Top 20 upset of Diego Schwartzman along the way. The Vernon native has won 15 of his last 16 matches overall and is making a late-season push to return to the Top 100.

Congrats Vasek. Your second title in a row. I can imagine the Vegas win meant a lot to you, in terms of that final push to have a trophy before the end of the year. What does this one in Charlottesville mean to you?
They both feel great. Obviously, Vegas was amazing coming back from the surgery I had in January. I had a different perspective on the sport and on life. A lot of things have changed and it's the first time I'm coming back from a major injury.

You're never quite sure how your body and your game is going to respond, being the first time. So far it's much better than I expected. I put in a lot of hard work to come back to this level. I didn't expect it to be this fast, but right now I'm feeling great.

You played 16 matches in your last three tournaments, between Shanghai, Vegas and now Charlottesville. In the second set it looked like the groin might be tight. How's the body right now?
You know, it was on one return in the tie-break where I lunged and made a weird step. My hip was hurting a little bit. That is to be expected. I haven't played this many matches in more than a year. When you're doing that after a surgery, it just shows that I'm in better shape than expected. I was getting a little tired and the last couple days there was stiffness in my lower back. You can't take any chances, but I think it took a toll definitely.

All week long you were able to get into your patterns, hitting the backhand slice up the line and setting up in the deuce corner with the forehand cross. You moved in to the net a lot too. Brayden took you out of that a little today. How did you acclimate?
He did and honestly I thought he was playing really well. At one point at the end of the second set and beginning of the third, I was accepting that he was serving better than me. I was a little off with my serve to start. I was just playing scrappy tennis at the time, just to hang in there, because he was being very offensive off the return.

I made an adjustment on my serve in the third set and that maybe made a bit of a difference. I was able to relax more in my service games and it allowed me to be more aggressive. It changed the match around.

What were your goals when you first started and how have they changed now with your successes in the last month?
I wasn't even setting any goals. It was a situation where I was first coming back and wasn't sure how my body would even react to match play. My goal was to finish the year healthy and get to the offseason in a good state of mind and a good physical state. And to then focus on 2020. That was it.

Obviously, not playing for most of the year will make you go that route. Right now, with the results I've had the past couple months, it's completely unexpected and I won't take it for granted. I'm more ready than I thought to climb back up the rankings. I'll be going into the Australian Open with higher goals after this past month. 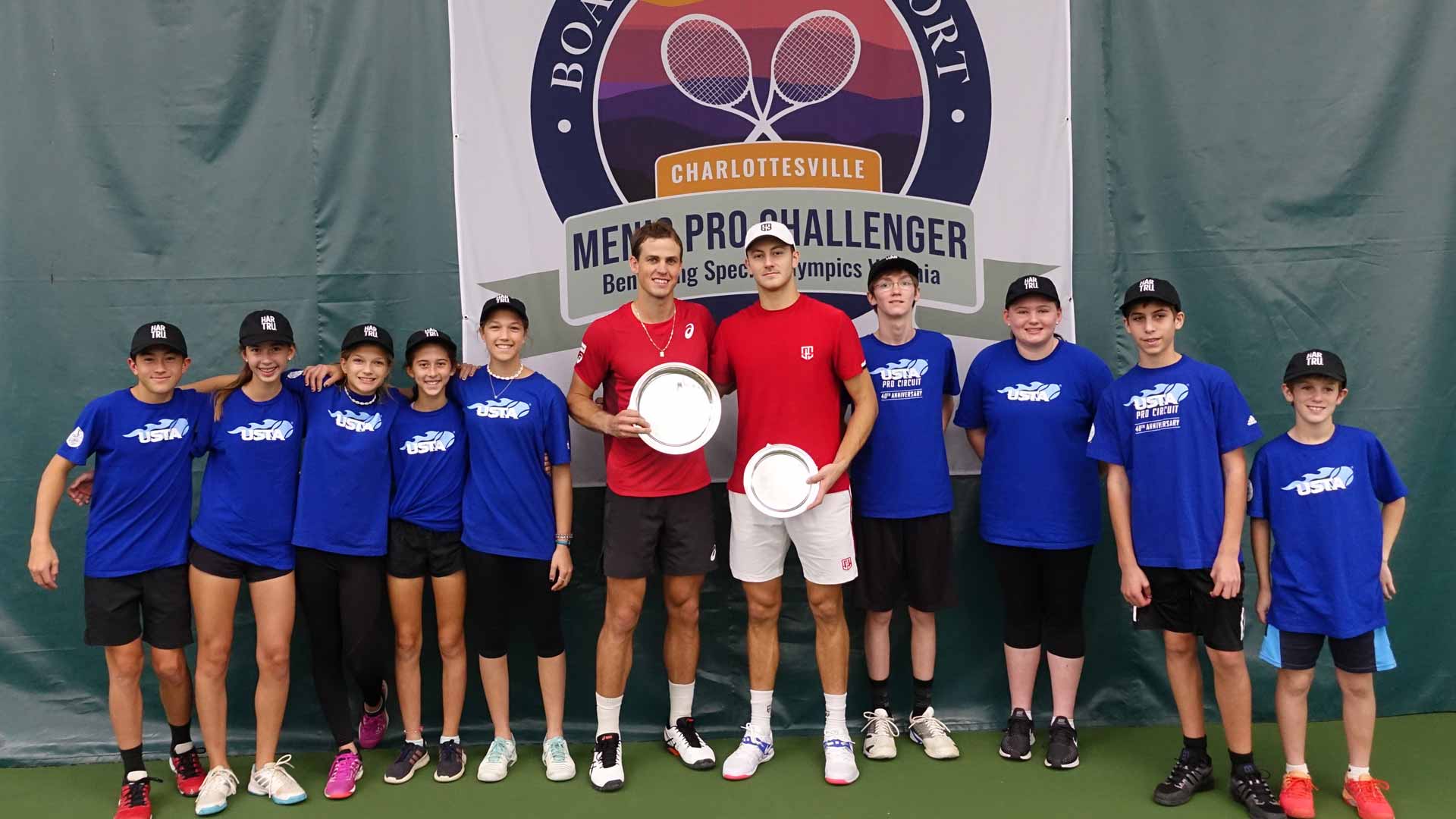 You mentioned you have a fresh perspective after the surgery. How do you now view Challengers and their role in pro tennis?
That's a complex question. It's such an important level and there are still things to improve, including continuing to build on the prize money. They aren't the biggest events we have and they aren't bringing in big revenue, but there has to be a balance where the major events are contributing more.

Long term that will affect the sport in a positive way, when you have more than 300 guys who can make a living. Maybe more guys will play tennis and more will invest in their bodies to make a better product. If there's a way to funnel more money into these smaller events, that would be important.

You celebrated with a drink in Las Vegas. How will you celebrate now as you're heading to Knoxville?
Taco Bell.

That's the weirdest one I've ever heard.
You know, my coach Frank Dancevic and I were driving by Taco Bell and said how much we love it. But we never eat it. We decided if I win the tournament we're going to have a big cheat meal and absolutely destroy it. That's what we're doing.