Corentin Moutet becomes the sixth teenage winner on the ATP Challenger Tour in 2018.

A LOOK BACK
American Express Istanbul Challenger (Istanbul, Turkey): The future of French tennis has been on full display in recent months, with surging #NextGenATP stars Corentin Moutet and Ugo Humbert both entering the winners' circle. On Sunday, Moutet notched his second ATP Challenger Tour title, taking the 31st edition of the storied tournament in Istanbul.

The 19-year-old Moutet (No. 105) and 20-year-old Humbert (No. 108) are on the cusp of breaking into the Top 100 of the ATP Rankings. Humbert has appeared in the final in four straight Challengers since July, while Moutet added to his trophy case after capturing his maiden title in Brest, France, last year.

Pekao Szczecin Open (Szczecin, Poland): In 2016, the €127,000 event in Szczecin was awarded Tournament of the Year honours on the ATP Challenger Tour. And last week, they celebrated their 26th edition with Guido Andreozzi lifting the trophy to break into the Top 100.

Andreozzi topped first-time finalist Alejandro Davidovich Fokina 6-4, 4-6, 6-3, notching his third title of the year. The Argentine joins Hugo Dellien as the only players with a trio of trophies in 2018, adding to victories in Punta del Este, Uruguay and Tunis, Tunisia.

At the age of 27, he is playing the best tennis of his career, not only enjoying great success on the Challenger circuit, but also reaching the third round at the Winston-Salem Open less than a month ago. Andreozzi rises to a career-high No. 97 on Monday, becoming the 14th player to make his Top 100 debut this year. 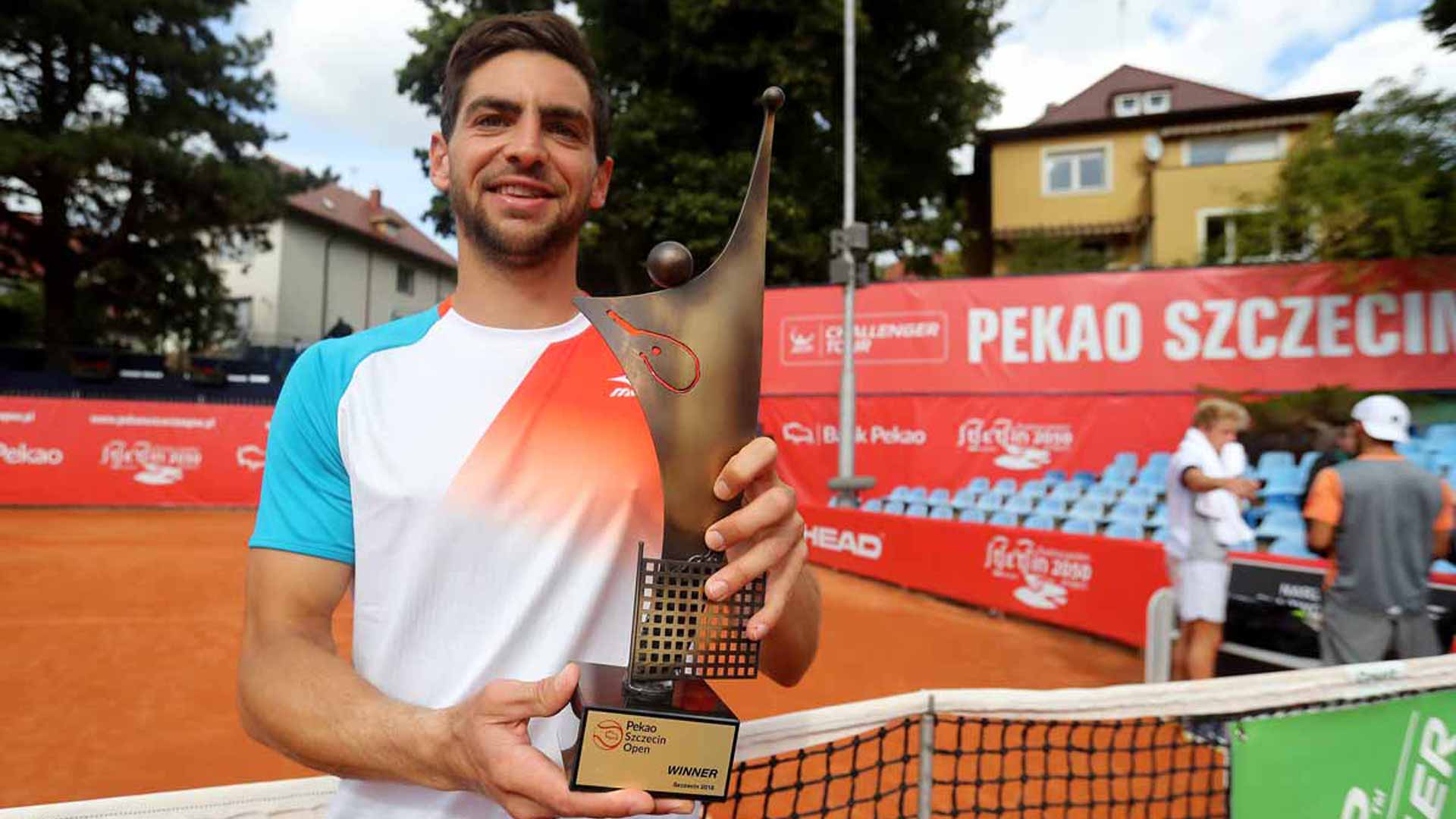 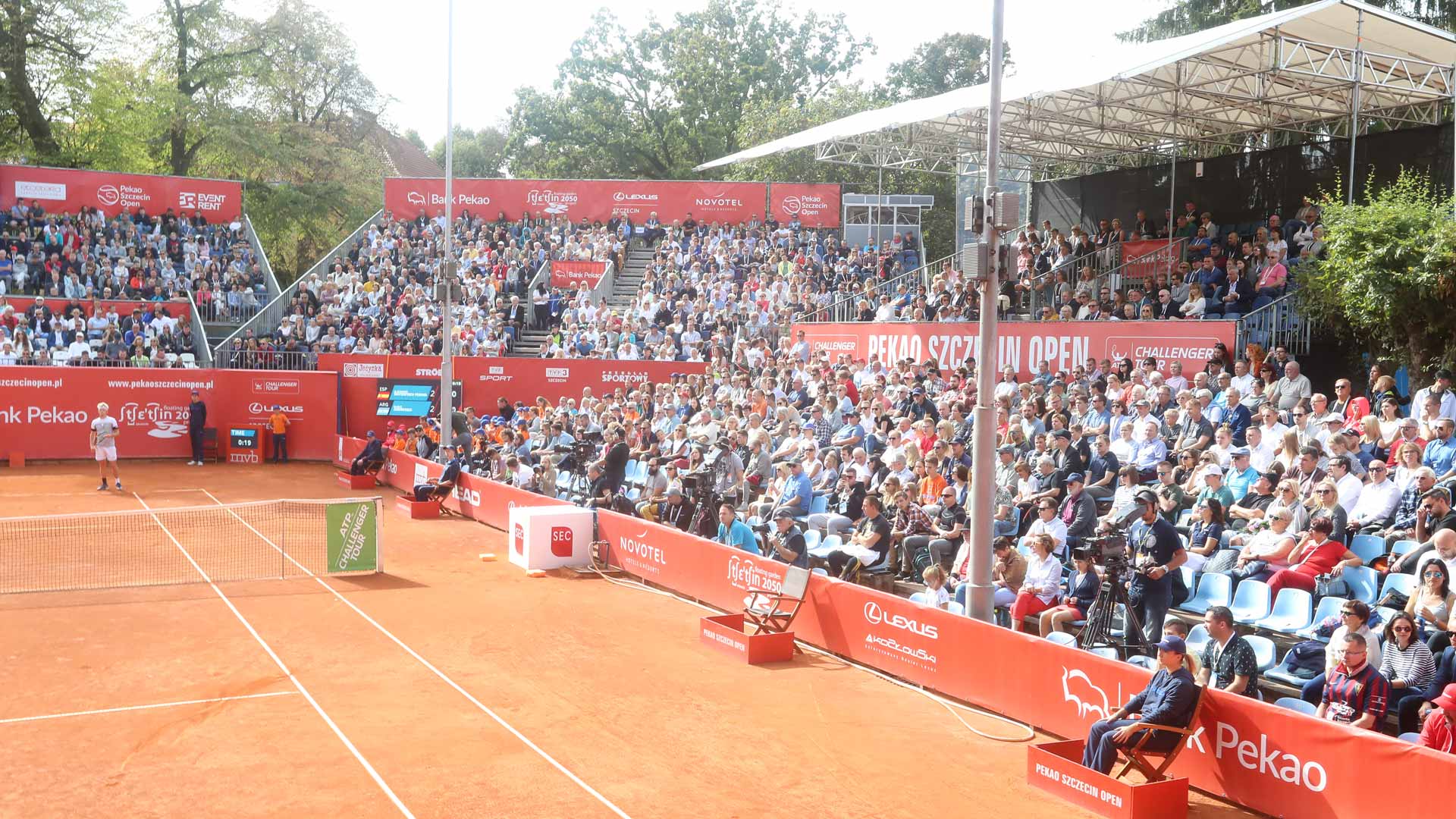 "This makes me really happy," said Andreozzi. "I'm not sure what to say. "It's a moment of great happiness for me and my team. I've been working very hard for this. Not just for this tournament, but for everything I've done to this point.

"It has been a great year for me. Since the start of the year I've been playing very well. I won two tournaments in February and April and then qualified at Roland Garros. The truth is that I haven't played as well recently, but I found my level this week and I got this title."

Road To The Rolex Shanghai Masters (Shanghai, China): An unseeded Blaz Kavcic battled to the title in the Chinese metropolis on Sunday. The Slovenian veteran earned a trio of deciding-set wins before topping Hiroki Moriya 6-1, 7-6(1) in the final, taking his 17th ATP Challenger Tour crown. He draws level with Maximo Gonzalez for sixth on the all-time titles list.

It was a much-needed change in fortunes for Kavcic, who had won just five of 19 matches this year. After struggling with a series of injuries, the 31-year-old has now won Challenger titles in 10 consecutive seasons. 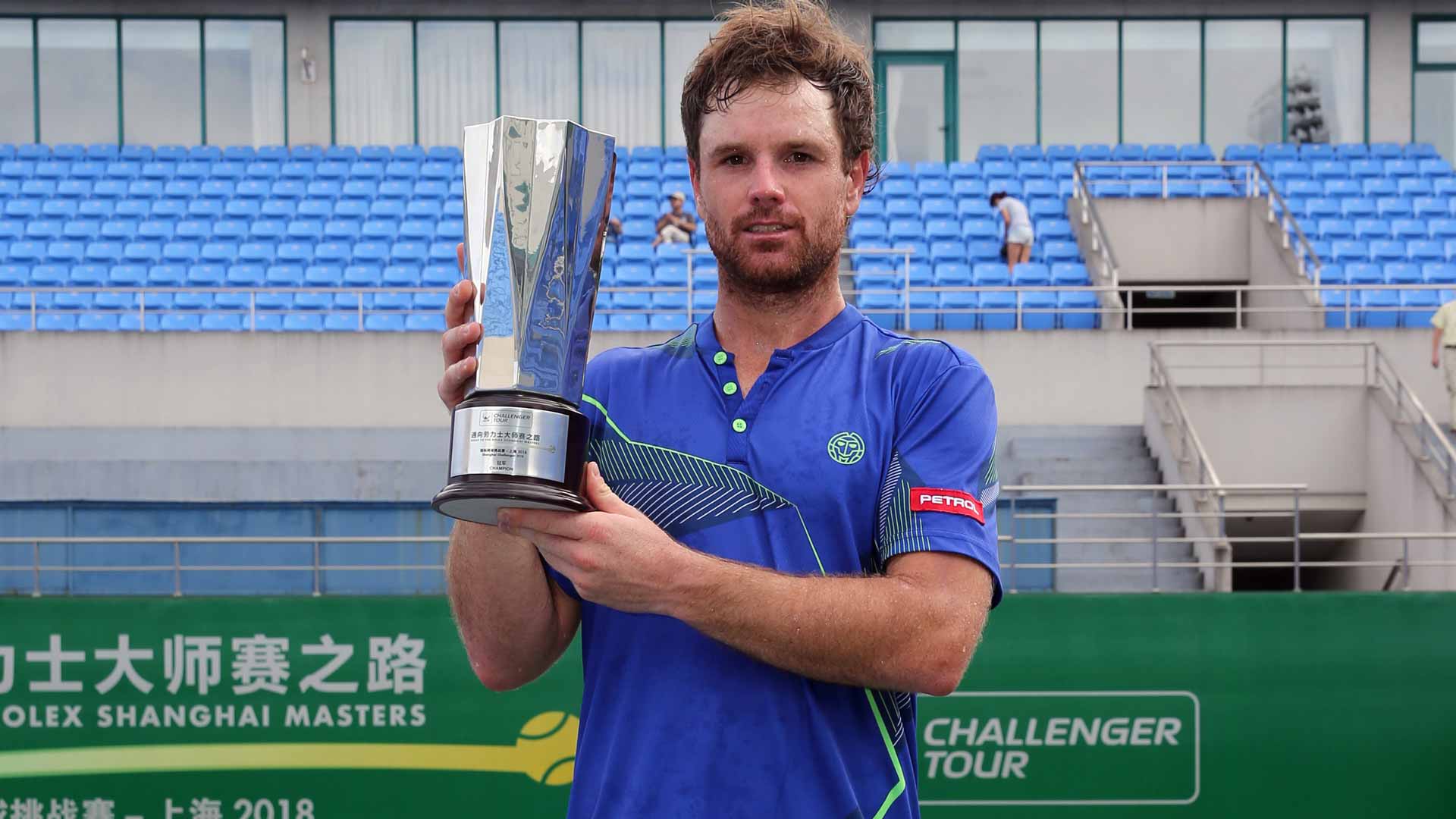 Atlantic Tire Championships (Cary, North Carolina, USA): In February, James Duckworth endured back-to-back surgeries - foot and elbow - and was once again on the comeback trail. It was his fifth operation in the span of just one year. But, finally healthy, the Aussie is back in business after claiming the title in Cary on Sunday.

It was a waterlogged week in the North Carolina town, with players dodging raindrops and wind gusts as Hurricane Florence wreaked havoc on the state. In the end, Duckworth defeated Reilly Opelka 7-6(4), 6-3, reeling off 10 consecutive sets to lift the trophy - his first since 2016. Moreover, the 26-year-old won eight matches in eight days as a qualifier, more than doubling his year-to-date total.

#NextGenATP American Opelka was appearing in his second straight final, after finishing runner-up a week ago in Chicago.

Srpska Open (Banja Luka, Bosnia & Herzegovina): Alessandro Giannessi rallied from a set down to defeat Carlos Berlocq on Sunday, claiming the title on the clay of Banja Luka. The Italian prevailed 6-7(6), 6-4, 6-4 in three hours and 24 minutes, marking the longest final on the ATP Challenger Tour since 2015. Giannessi's second Challenger title moves him up 100 spots in the ATP Rankings, rising to No. 175 on Monday.

A LOOK AHEAD
Asia hosts more $150,000 tournaments than any other continent and one of them takes centre stage next week. The prestigious event in Kaohsiung, Taiwan is back for a seventh edition, with Gael Monfils the top seed. Seeking match play and confidence in his return from multiple injuries, the Frenchman is making his first Challenger appearance since 2013. He is joined by a red-hot Jason Kubler, seeded third, and Lloyd Harris, seeded fifth.

Meanwhile, Jordan Thompson, Peter Polansky, Michael Mmoh and Opelka lead the pack in Columbus, Ohio. In Europe, Roberto Carballes Baena is the top seed on the clay of Biella, Italy, while Laslo Djere and Dennis Novak are the top dogs in Sibiu. The Sibiu Open - the lone tournament in Romania - is back for a seventh edition.