A LOOK BACK
Columbus Challenger (Columbus, Ohio, USA): Three years, three titles. Michael Mmoh secured his third ATP Challenger Tour crown on Sunday, triumphing on the indoor hard courts of Columbus. The #NextGenATP American was a dominant force on the campus of Ohio State University, reeling off 10 sets in a row to lift the trophy.

Mmoh ousted top seed Jordan Thompson 6-3, 7-6(4) in one hour and 46 minutes to take the title. He has now emerged victorious in three consecutive seasons, having reigned in Knoxville in 2016 and in Lexington in 2017. The 20-year-old rises 16 spots to a career-high No. 108 in the ATP Rankings and is up to 11th place in the ATP Race To Milan.

The youth movement is thriving on the Challenger circuit, with Mmoh becoming the 17th different #NextGenATP winner this year. He joins Taylor Fritz, Reilly Opelka and Ulises Blanch as American titlists aged 21 & under.

Back in titletown ➡️ @MichaelMmoh

The #NextGenATP 🇺🇸 is your champion in Columbus, d. Thompson 63 76(4). pic.twitter.com/GH1vqIg5Mq

OEC Open (Kaohsiung, Taiwan): Gael Monfils became the fifth player to triumph on both the ATP World Tour and ATP Challenger Tour this year, winning the title in Kaohsiung on Sunday. Learn more about the Frenchman's victory...

You May Also Like: Allez! Monfils Overcomes #NextGenATP Test For Kaohsiung Crown

Sibiu Open (Sibiu, Romania): How about this for a story. Dragos Dima had won just two matches on the ATP Challenger Tour since making his debut in 2014. But this week, he put everything together in clinching his maiden title on home soil in Sibiu. He scored significant upsets of second seed Dennis Novak and seventh seed Pedro Martinez, before routing Dutch qualifier Jelle Sels 6-3, 6-2 in the championship match.

Dima entered the week at No. 394 in the ATP Rankings and would rise a total of 115 spots to a career-high of No. 279. He is the first Romanian to triumph on the circuit in two years. 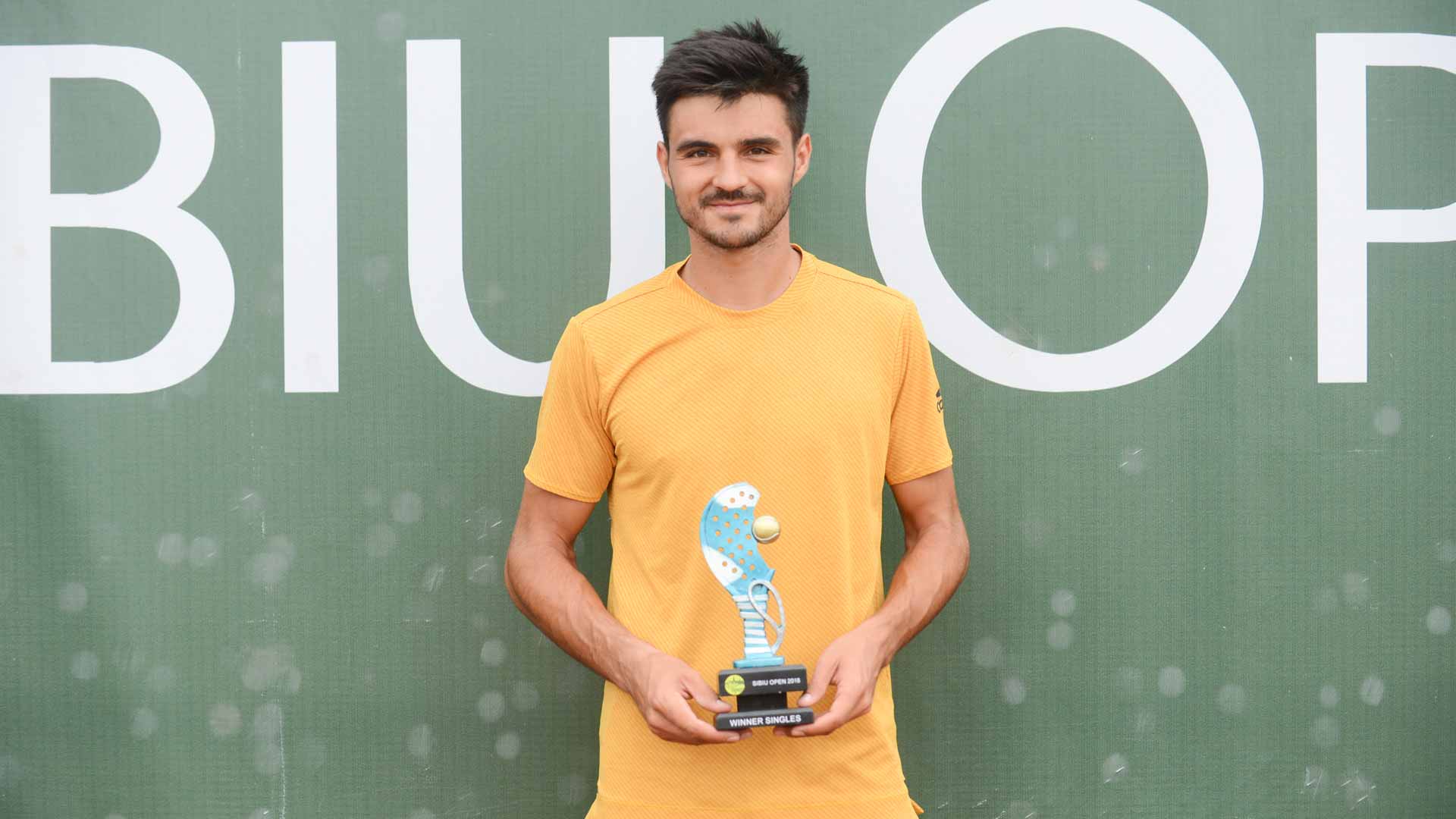 Thindown Challenger (Biella, Italy): Second seed Federico Delbonis streaked to his 10th Challenger crown, prevailing on the clay of Biella. He defeated home hope Stefano Napolitano 6-4, 6-3 on Sunday, completing a strong finish to the tournament which saw him not drop a set in his last four matches.

Delbonis is back inside the Top 100, moving up to No. 91 in the ATP Rankings. He joins Guido Andreozzi (3), Juan Ignacio Londero (2), Carlos Berlocq (1), Marco Trungelliti (1) and Facundo Bagnis (1) as Argentine winners this year.

A LOOK AHEAD
There are two tournaments on tap this week: the prestigious Open d'Orleans in Orleans, France, and the $100,000 event in Tiburon, California, USA.

In Orleans, Jo-Wilfried Tsonga will appear in his second tournament in his comeback from a knee injury. He missed the last seven months of the season, before returning at the Moselle Open last week. The top seed in Orleans, it will be Tsonga's first Challenger appearance since 2007. Two former champions - Norbert Gombos (2017) and Sergiy Stakhovsky (2014) - are in the field.

In Tiburon, the three-week Northern California swing kicks off with the 10th edition of the Wells Fargo Tiburon Challenger. Mmoh, seeded fifth, looks to go back-to-back, while Marcel Granollers is the top seed. Mmoh will face Darian King in a rematch of the 2016 final, which was won by the Barbadan.