A LOOK BACK
Murray Trophy (Glasgow, U.K.): Can anyone stop Emil Ruusuvuori? Seriously. That's a legitimate question. While Daniil Medvedev has been practically unbeatable on the ATP Tour in recent months, Ruusuvuori has been equally as dominant on the ATP Challenger Tour.

The 20-year-old Finn added a third title in four months, lifting the trophy at the inaugural Murray Trophy in Glasgow. The tournament's namesake, Jamie Murray, was the talk of the town throughout the week, but Ruusuvuori quickly grabbed the headlines at the Scotstoun Leisure Centre. He routed Alexandre Muller 6-3, 6-1 in just 63 minutes in Sunday's championship. 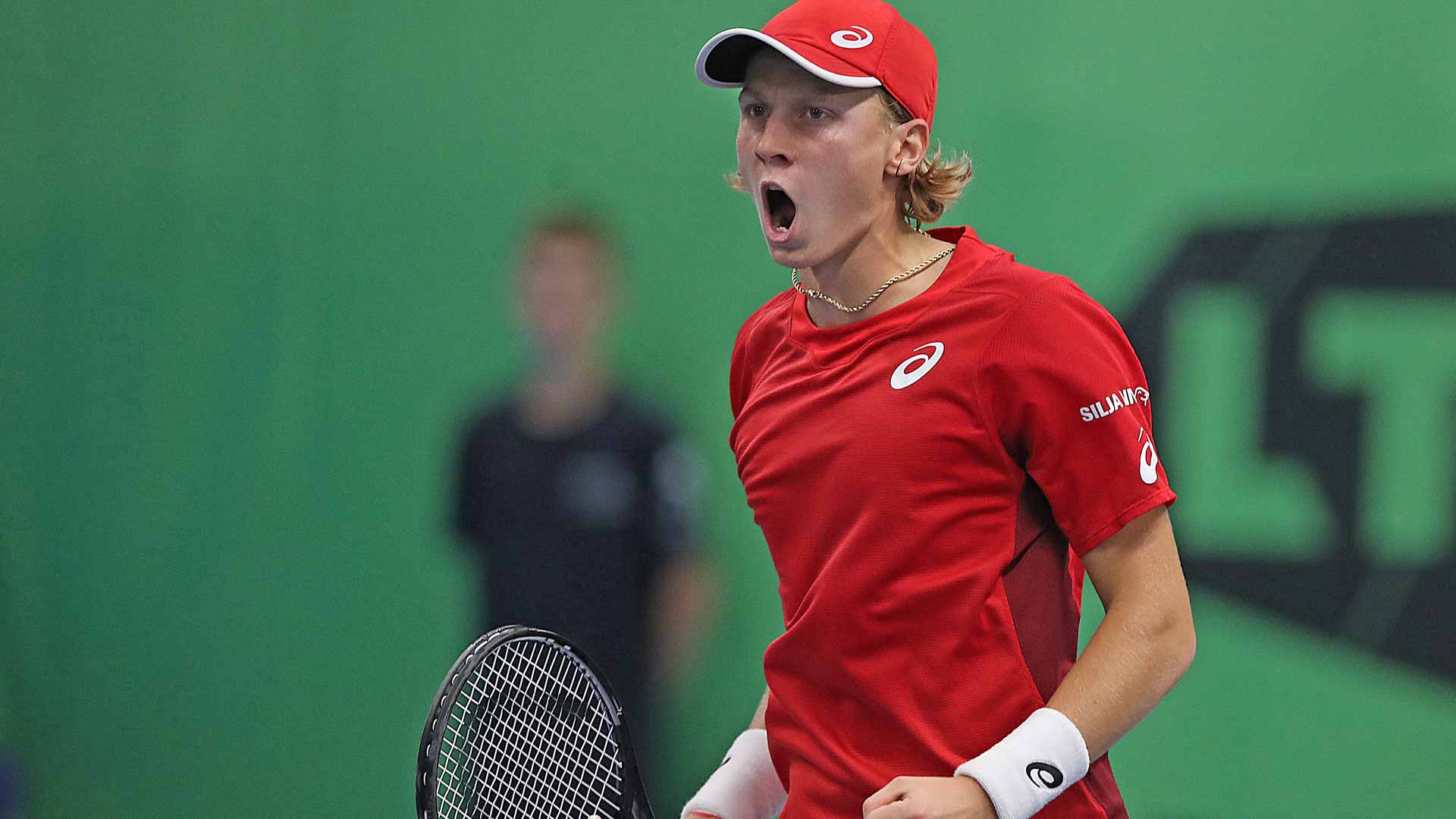 Ruusuvuori's rapid rise is awe-inspiring. Since becoming the youngest-ever Challenger champion from Finland, in Fergana in June, he not only reached his first clay-court final in Augsburg, but added two more titles in Mallorca and now in Glasgow. It marks the second straight year in which a player aged 20 & under has completed a title treble, with Ugo Humbert achieving the feat in 2018.

Moreover, Ruusuvuori has lost just three matches since the start of August, posting a 19-3 record in that span. In fact, of those 19 wins, a total of 17 have come in straight sets. His efficient victory over Dominic Thiem in Davis Cup a week ago marked his first over a Top 10 opponent.

“I thought I played a great match," said Ruusuvuori. "I didn’t start that well, but I was able to raise my level. I got the break in the first set and then I managed to loosen up a little in the second set. It was good.

“It’s not easy to break here. It just shows I’m able to play some pretty great tennis at the moment and do some damage to the other guys. It’s been a great week.”

You May Also Like: Growing The Game In Scotland With The 'Murray Trophy'

Ruusuvuori has shown maturity well beyond his age and has a cannon forehand and clutch serve to back it up. He dropped just five games in the third round, three games in the quarter-finals and four games in both the semis and final.

Just three months ago, Ruusuvuori was sitting outside the Top 400. On Monday, he will be up to a career-high No. 142 in the ATP Rankings. The Top 100 is well within reach.

OEC Open (Kaohsiung, Chinese Taipei): John Millman would not be denied his 12th Challenger trophy, securing the title at the Challenger 125 event in Kaohsiung. The third seed defeated Marc Polmans 6-4, 6-2 on Sunday.

Millman was mired in a 6-12 slump upon entering the hard courts of the Kaohsiung Arena, but he would snap out of it in a big way. The Aussie dropped one set all week, notching a Challenger title for a third straight season. 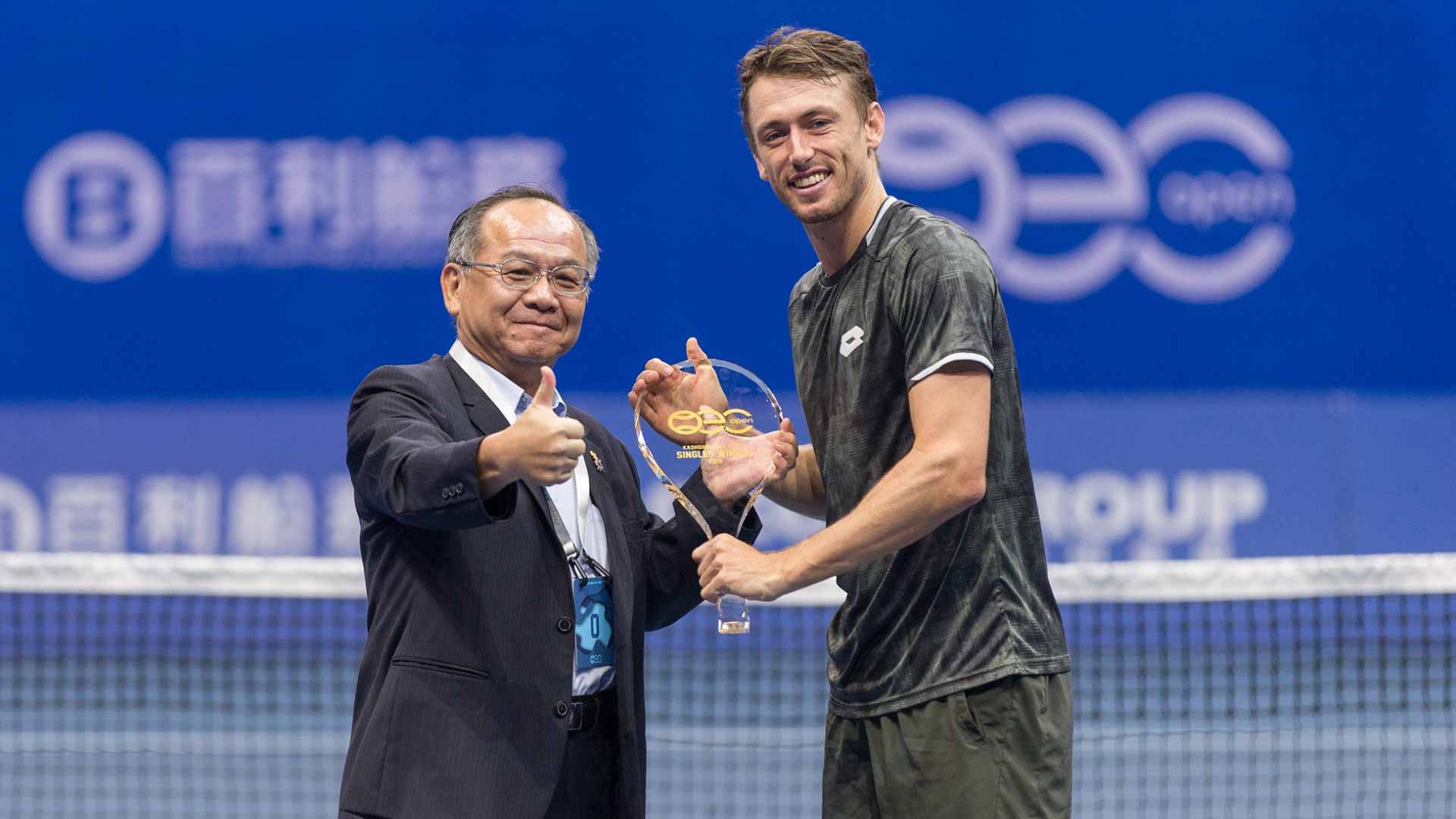 Columbus Challenger III (Columbus, Ohio, USA): One week ago, Peter Polansky saw his ATP Ranking drop to No. 200 for the first time since 2016. The Canadian responded with authority, notching his fourth Challenger crown on the indoor hard courts of Columbus.

Polansky defeated J.J. Wolf 6-3, 7-6(4) on Sunday, capping an impressive week on the campus of Ohio State University. He dropped just one set all tournament, rising 33 spots to No. 167 in the ATP Rankings. 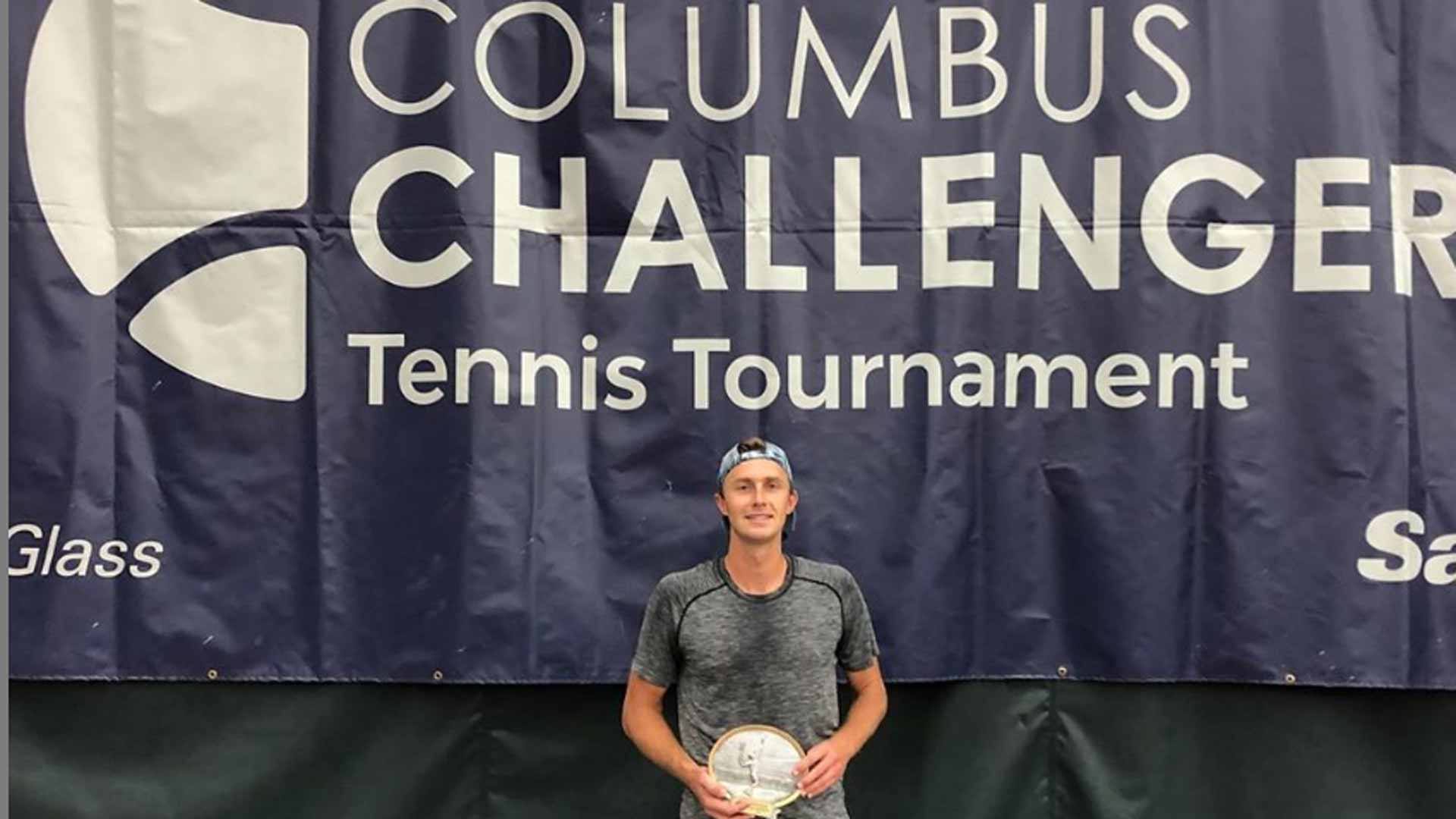 Thindown Challenger Biella (Biella, Italy): Gianluca Mager secured a rollercoaster, marathon final on home soil in Biella, defeating countryman Paolo Lorenzi 6-0, 6-7(4), 7-5 on Sunday. Mager's victory was his third of the year, becoming the sixth player to lift a trio of trophies in 2019.

In addition, Mager joined Andrej Martin in the '40 Wins Club' this year, improving to 40-18 on the season. He rises 22 spots in the ATP Rankings to a career-high No. 120. 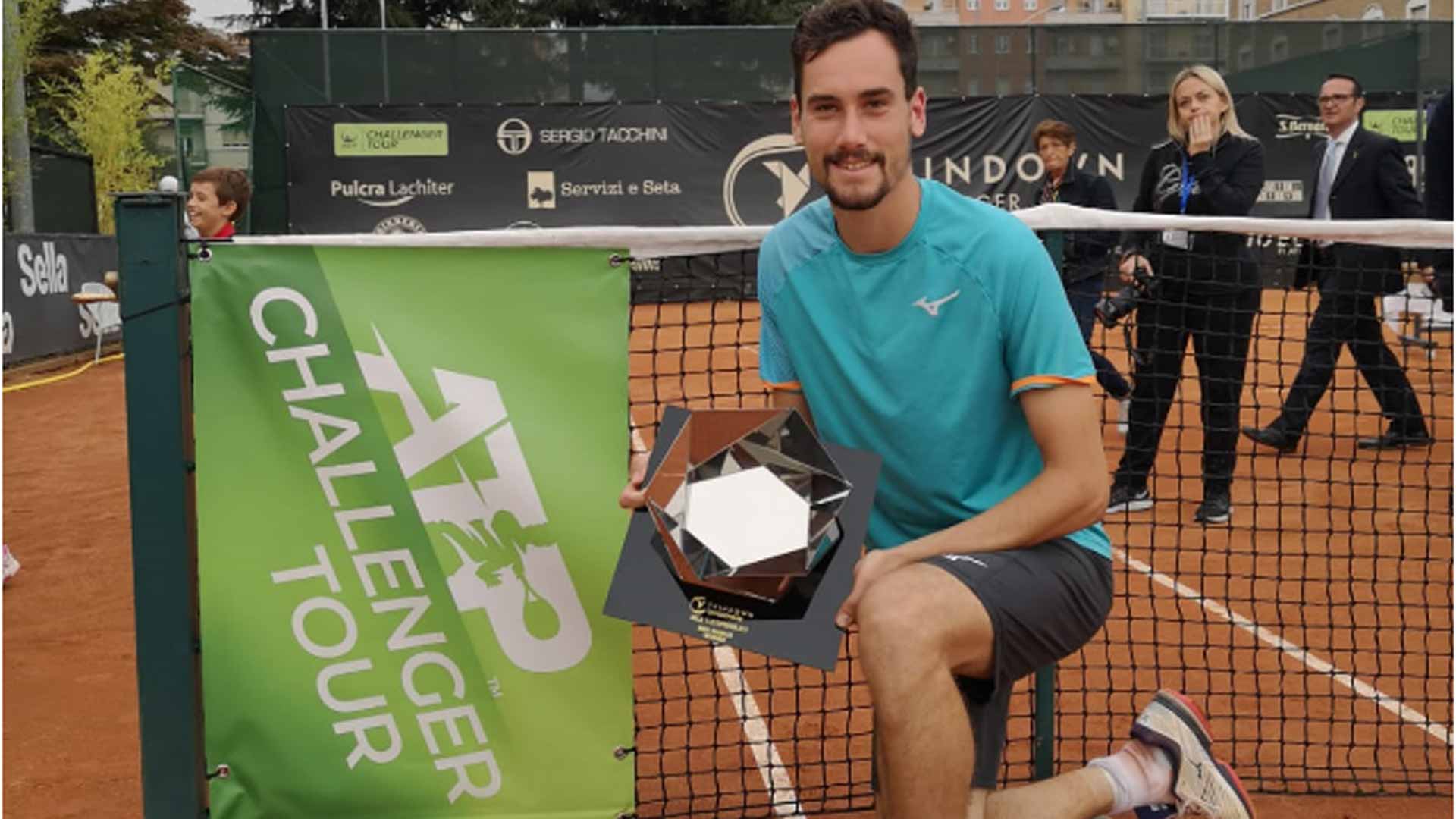 Sibiu Open (Sibiu, Romania): Danilo Petrovic was a force all week in Sibiu, not dropping a set en route to his second Challenger title. He downed Christopher O'Connell 6-4, 6-2 to lift the trophy on Sunday.

The Serbian added a clay-court crown to his hard-court victory in Jerusalem in May. He cracks the Top 200 for the first time, rising 65 spots to a career-high No. 194 in the ATP Rankings. 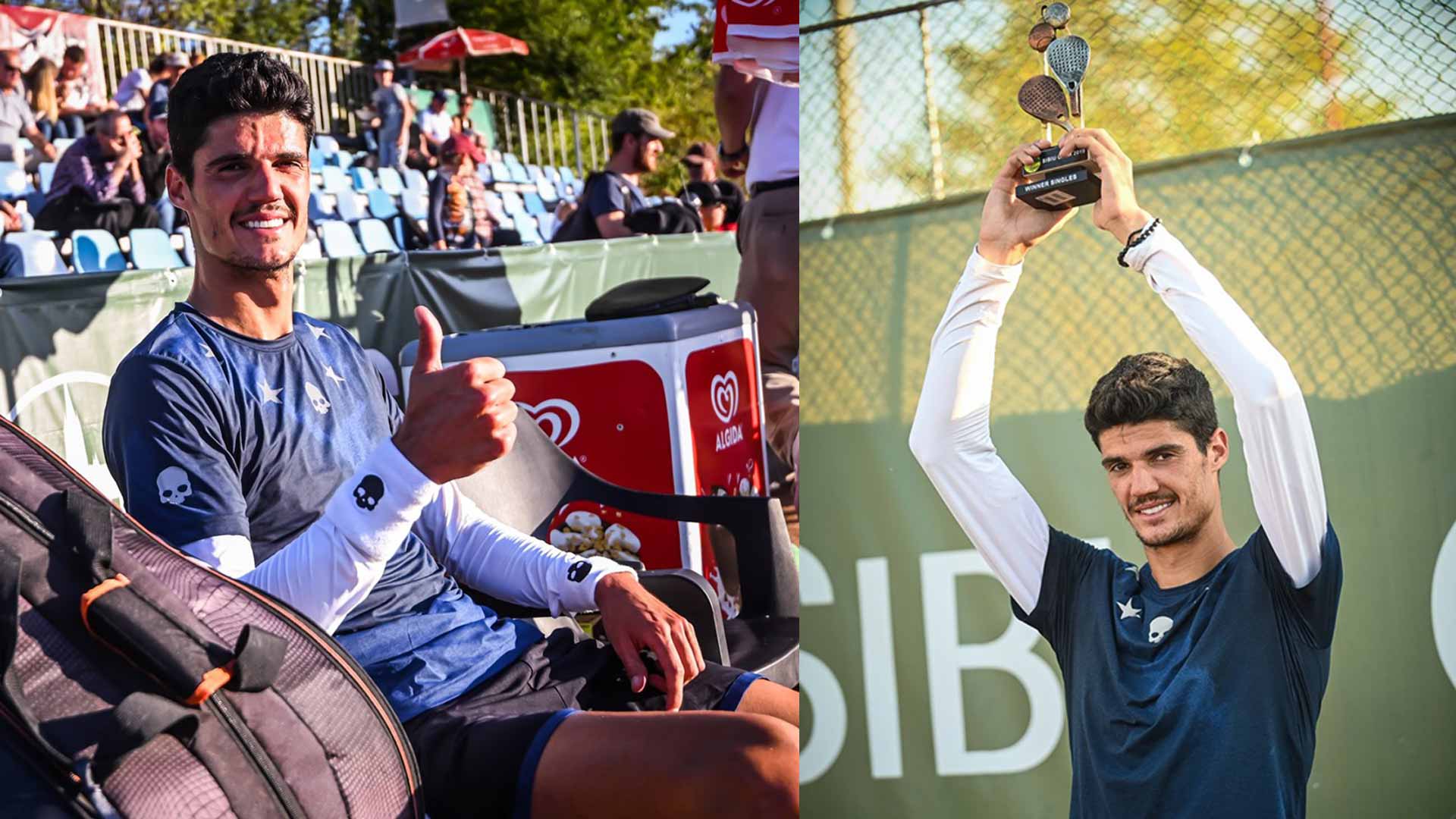 A LOOK AHEAD
One of the most prestigious tournaments in France is in the city of Orleans. This week, the indoor hard-court event celebrates its 15th edition, with defending champion Aljaz Bedene returning as the third seed. Metz titlist Jo-Wilfried Tsonga leads the field, with second seed Ugo Humbert embedded in the ATP Race To Milan.

In Tiburon, California, top seed Tommy Paul looks to add to his recent run, having lifted the trophy in New Haven earlier this month. Sixth seed Michael Mmoh returns as the reigning champion.

A pair of Challenger 80 events are also on the schedule, with the second edition of the Firenze Tennis Cup returning to Florence, Italy. Philipp Kohlschreiber is the top seed. And in Buenos Aires, home hope Federico Delbonis leads the field, with Hugo Dellien seeded second.