Mikael Ymer is the champion in Mouilleron-le-Captif, claiming his fourth ATP Challenger Tour title of the year.

A LOOK BACK
Internationaux de Tennis de Vendee (Mouilleron-le-Captif, France): Few players aged 21 & under have enjoyed a season like this. Mikael Ymer is making a significant statement on the ATP Challenger Tour and the #NextGenATP Swede has yet another crown to add to his trophy case.

Ymer notched a fourth title of 2019, sprinting to the finish line on the indoor hard courts of Mouilleron-le-Captif. He defeated home hope Mathias Bourgue 6-1, 6-4 on Sunday, prevailing in front of 3,078 fans (15,981 spectator total for the week). The 21-year-old is in the midst of a staggering stretch, extending his win streak to 10 straight after going back-to-back on French soil. He was also victorious at the Open d'Orleans two weeks ago.

This is becoming a familiar sight.

Another 🏆 lift for @MikaelYmer, the fourth of the year for the 🇸🇪. Champion in Mouilleron-le-Captif. pic.twitter.com/kUhQZiMJyK

"I think I played well from the beginning of the tournament," said Ymer. "I had some tight matches because my opponents had a very good level in the first few stages. I had to get used to the surface, which is a little different here, with the [orange] colour. But once I took my bearings, I felt better and better."

Four titles, 39 match wins and a rise of nearly 200 spots to a career-high No. 75 in the ATP Rankings. That has been Ymer's season thus far. It is a magical breakthrough campaign for the top Swede, who had previously struggled to stay healthy since emerging on the scene as a Wimbledon junior finalist in 2015.

Now, behind a fearless game, predicated on an attacking mentality, Ymer is one of the top stars of the #NextGenATP contingent. Not only is he the youngest to win four titles in a season since Hyeon Chung in 2015, but the Swede's quartet of crowns is tied for the Challenger Tour lead (w/ Berankis) this year.

Ymer is joined by fellow #NextGenATP Emil Ruusuvuori and Jannik Sinner as the emerging talents on the ATP Challenger Tour this year. They have combined for nine titles and 87 match wins.

Northbay Healthcare Men's Pro Championship (Fairfield, California, USA): One year ago, Christopher O'Connell was sitting outside the Top 1,000 of the ATP Rankings, following an extended absence due to a knee injury. Now, the 25-year-old Aussie is in the midst of a season even he couldn't have imagined.

Having never previously reached a Challenger final entering 2019, O'Connell added a second title on Sunday. Just two months after lifting his maiden trophy on the clay of Cordenons, he secured a first hard-court crown in Fairfield. The Sydney native did not drop a set all week, capped with a 6-4, 6-4 defeat of top seed Steve Johnson. It was his first Top 100 win since 2016.

"I've been playing well all week, so I was just sticking to my routine," said O'Connell. "Thankfully, I was just operating well out there. I've seen [Johnson] a dozen times on TV and I know he has seen my game. I just felt great out there.

"I've had a full year being healthy with no injuries and no needles, so hopefully I can keep that up. I have four tournaments left this year, all in the U.S., so I'm looking forward to it." 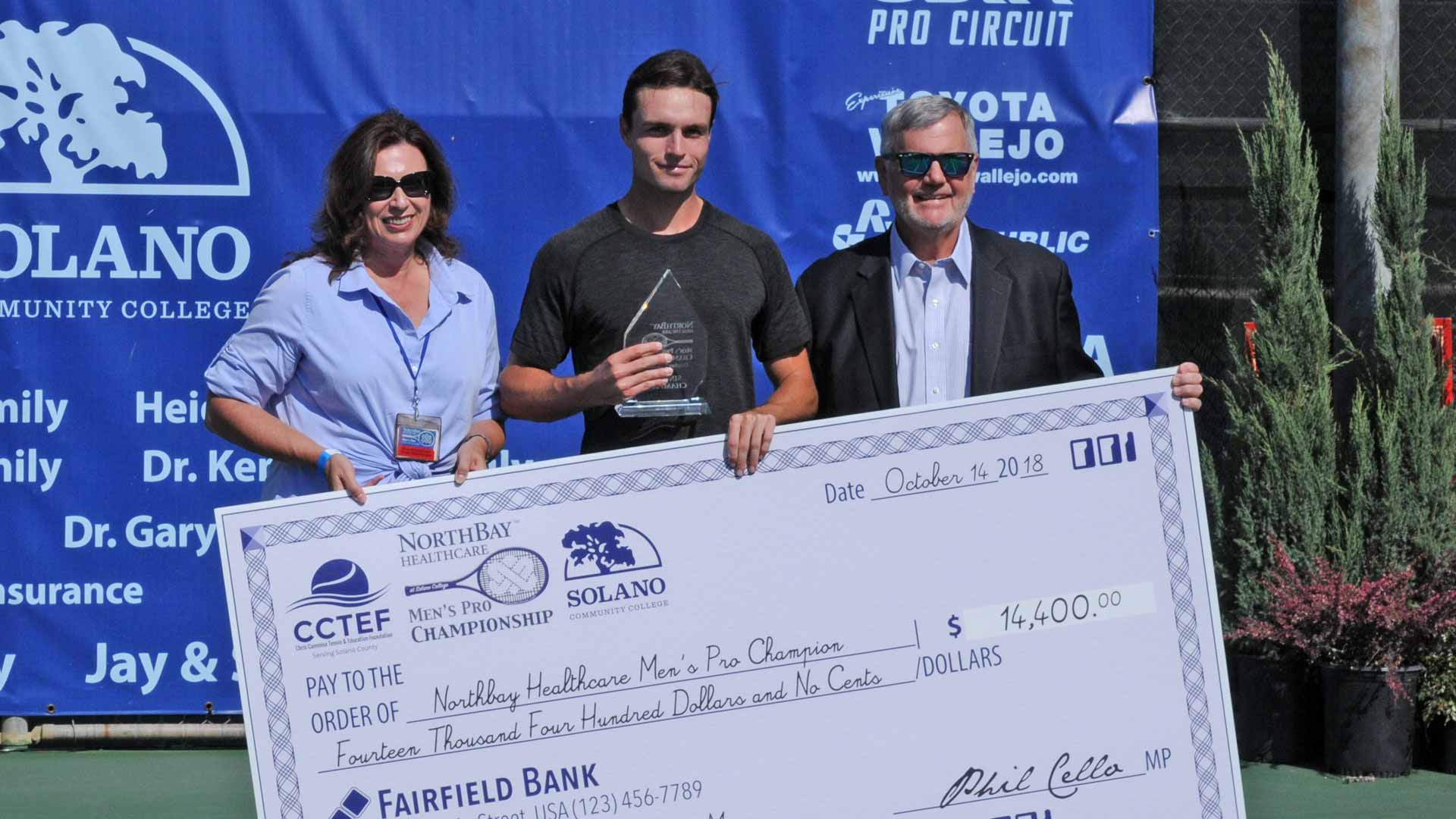 Santo Domingo Open presented by Milex (Santo Domingo, Dominican Republic): When you're in a groove, it can be an imposing sight. Enter Juan Pablo Varillas. The Peruvian secured his second straight title on Sunday in Santo Domingo, extending his win streak to 12 straight with a 6-3, 2-6, 6-2 final victory over Federico Coria.

Varillas, who ended an 11-year title drought for his country a week ago in Campinas, became just the third player from Peru to win multiple crowns. He joins Luis Horna and Ivan Miranda in the club.

Considering that Varillas opened the month of October with just eight match wins on the year, it is remarkable what he is achieving. Twelve wins in 14 days and two shiny pieces of silverware. 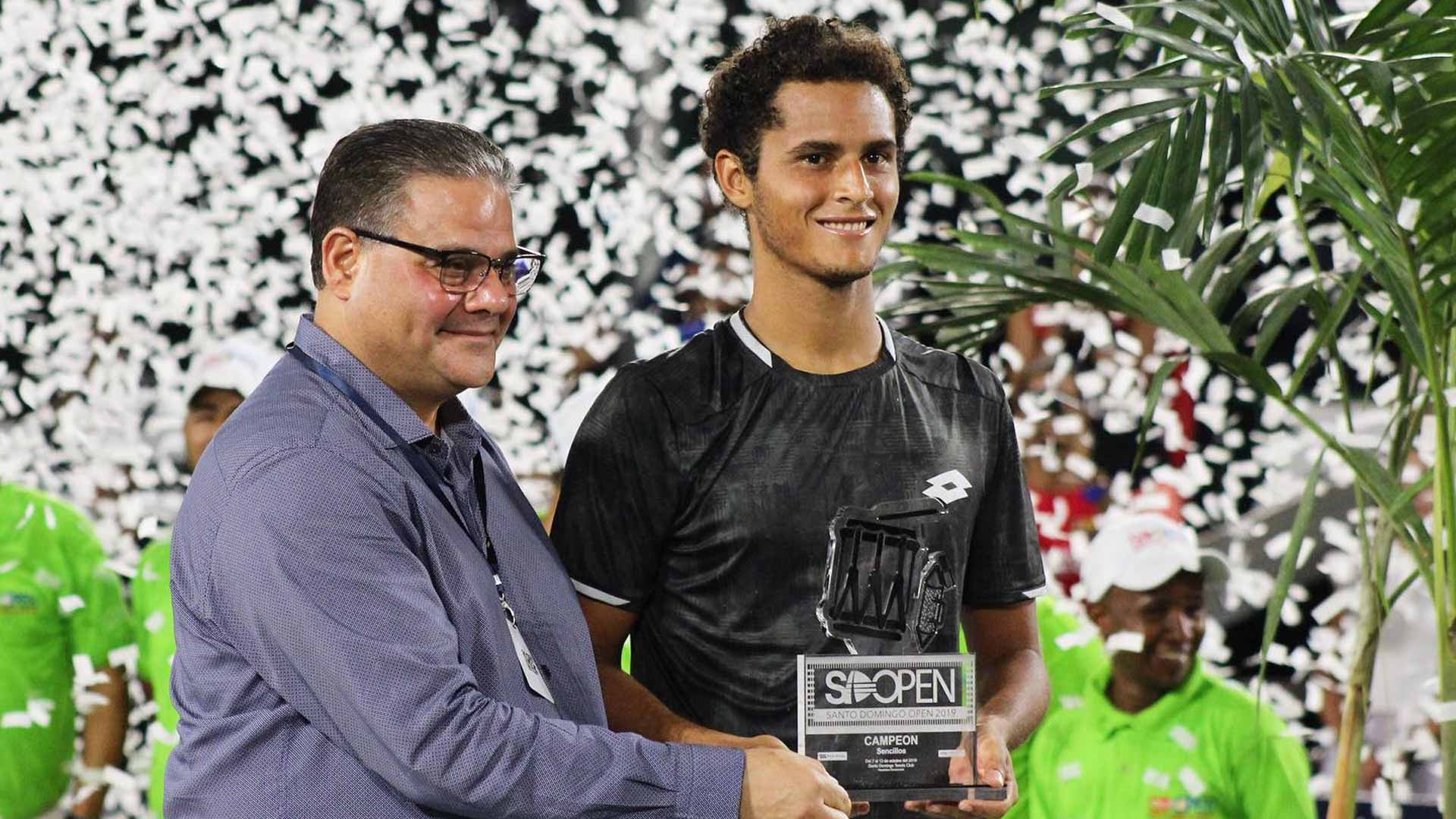 The big storyline of the week was Victor Estrella Burgos' farewell. The greatest player in Dominican history competed in his final tournament, falling in the second round to Thiago Monteiro after beating Marcelo Arevalo.

You May Also Like: Emotional Estrella Burgos Bids Farewell At Home In Santo Domingo

And in Ningbo, China, the Challenger 125 event returns for a seventh edition. Prajnesh Gunneswaran leads the pack, with Bradley Klahn and Alejandro Davidovich Fokina rounding out the Top 3 seeds.