A LOOK BACK
Orlando Open (Orlando, Florida, USA): A new season brings new hopes and aspirations for those competing on the ATP Challenger Tour. Marcos Giron couldn't have dreamt of a better start to his campaign. The California native captured his maiden Challenger title on home soil, prevailing at the inaugural Orlando Open, held at the USTA National Campus.

"I couldn't be happier, to be honest," Giron said. "I spent part of my offseason here and it was an awesome training week. For me to win it here at the home of American tennis is just amazing. I played a fantastic match today and the whole week I played well too. It's just an amazing feeling to come out on top."

Considering that just three years ago, Giron had undergone double hip surgery, this victory carries an extra layer of satisfaction. The former UCLA standout spent the majority of his 2016 campaign on the sidelines, working as an assistant coach with the school's tennis team. And despite enduring a rocky start to his Challenger career, he would dominate on the hard courts of Orlando to kick off 2019. Six wins in seven days included 12 consecutive sets won, and he capped it off with a 6-4, 6-4 upset of top seed Darian King on Sunday.

Giron had never reached a Challenger semi-final entering the week, but he refused to be fazed by the big occasion. His reward: a rise of 57 spots to No. 251 in the ATP Rankings.

What’s it like to win your first @ATPChallenger title at the Home of American Tennis?

Internationaux BNP Paribas Nouvelle Caledonie (Noumea, New Caledonia): Last year, the #NextGenATP contingent accounted for a staggering 29 titles from 20 different players. They did not waste any time in getting on the scoreboard in 2019.

Mikael Ymer clinched his maiden ATP Challenger Tour title on Sunday, securing a 6-3, 6-3 upset of third seed and defending champion Noah Rubin after one hour and 23 minutes. The 20-year-old Swede dethroned Rubin to cap his most successful week as a pro. Three of his six wins came against Top 4 seeds, also toppling No. 1 Federico Delbonis and No. 4 Yuichi Sugita.

Giron wasn't the only player to enjoy his maiden moment on Sunday following hip surgery. Ymer also went under the knife three years ago to repair a hip ailment. And like the American, he missed nearly all of the 2016 season due to the injury.

But Ymer would finally find his way to the winners' circle on Sunday. He was a wall at the back of the court throughout the championship clash against Rubin. It was a windy afternoon in Noumea and the 20-year-old managed the conditions to perfection.

Ymer joined brother Elias Ymer as active players from Sweden with Challenger trophies. He breaks into the Top 200 for the first time, ascending to a career-high No. 196 in the ATP Rankings.

City of Playford Tennis International (Playford, Australia): The lone seeded champion of the weekend was Rogerio Dutra Silva in Playford. Having rallied for a pair of comeback victories earlier in the week, the 10th seed took an efficient 6-3, 6-2 decision over Mats Moraing on Sunday.

Now the winningest Challenger champion among all Brazilians, Dutra Silva added an 11th title in total. The 34-year-old veteran triumphed for the first time since 2017, rising to No. 134 in the ATP Rankings.

Playford is the first of four Challenger stops in Australia in the month of January, followed by Canberra, Burnie and Launceston. 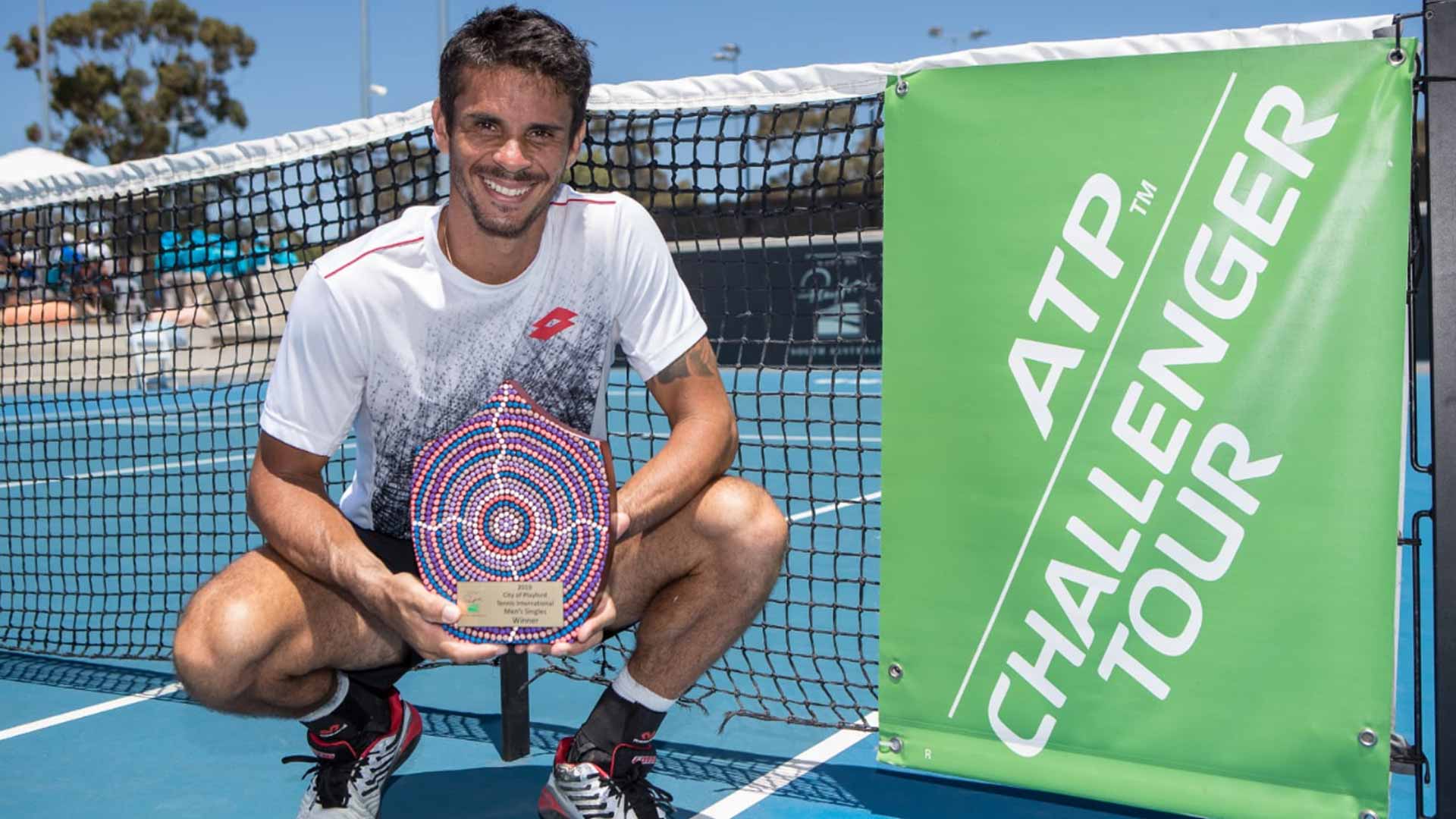 A LOOK AHEAD
There are three tournaments on three continents this week...