Jozef Kovalik lifts his first trophy of the year, prevailing in Szczecin, Poland.

Kovalik Returns To Winners' Circle In Front Of 3,000 In Szczecin

Josh Meiseles
This article contains:
With six tournaments on the ATP Challenger Tour schedule, it was the busiest week of the year. Sunday's finals did not disappoint...

A LOOK BACK
Pekao Szczecin Open (Szczecin, Poland): It was exactly one year ago that Jozef Kovalik was forced to the sidelines with a debilitating wrist injury. The Slovakian was soaring inside the Top 100, just off his career-high position of No. 80 in the ATP Rankings. But he was unable to stay healthy through the remainder of the 2018 season.

Flash forward to Sunday and you can imagine why victory was so sweet for Kovalik. The 26-year-old reigned at the prestigious Pekao Szczecin Open - winner of 2016 Challenger Tournament of the Year - with a 6-7(5), 6-2, 6-4 triumph over defending champion Guido Andreozzi. 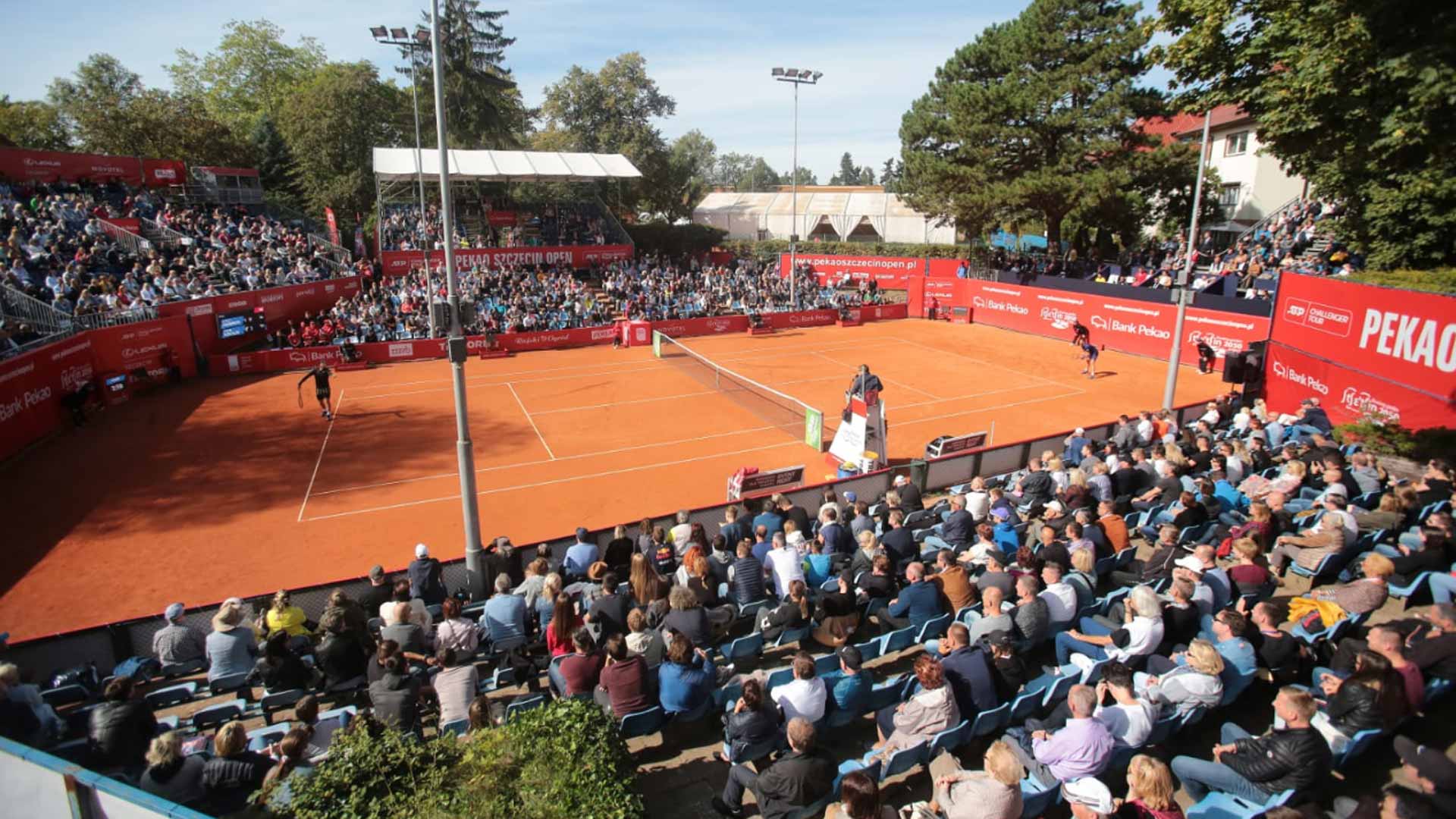 Kovalik rallied from a set down on two occasions during the week, having also saved three match points in defeating Lorenzo Giustino on Wednesday. On Sunday, with nearly 3,000 spectators watching, he needed two hours and 44 minutes to raise his arms in celebration. As always, the passionate crowds were out in force in Szczecin, which welcomed players and fans for the 27th time.

"I'm just so happy," said Kovalik. "All the emotions will come later. The match in the end was so tough. I'm just enjoying the moment and the people who came here."

It was the fourth Challenger trophy for Kovalik and first in over a year. Having fallen to No. 346 in the ATP Rankings, he will enjoy a much-needed boost after his victory on Sunday, soaring 140 spots. The Slovakian will immediately look to carry the momentum when he travels to the ATP 250 stop in St. Petersburg next week. He opens against Joao Sousa with a potential second-round clash against Karen Khachanov.

"I am just so happy. The emotions will come later."

Jozef Kovalik on his return to the winners' circle at @PekaoSznOpen... pic.twitter.com/tZ6sqxaFDt

Srpska Open (Banja Luka, Bosnia & Herzegovina): Tallon Griekspoor is making a statement in 2019 and he's putting the rest of the ATP Challenger Tour on notice. Less than two months after reaching his second final in Tampere and earning a dominant Top 100 win over Steve Johnson in Vancouver, the Dutchman raised the trophy on the clay of Banja Luka.

Griekspoor was battle-tested all week, earning a trio of deciding-set victories before ousting Sumit Nagal 6-2, 6-3 in Sunday's championship. It was his second Challenger title, moving him to a career-high No. 161 in the ATP Rankings.

For Nagal, the Indian's run to the final comes just three weeks after testing Roger Federer in the first round of the US Open. Appearing in his first Grand Slam, he took the opening set off Federer, before falling in four. Nagal has since carried the momentum to reach his first Challenger final in two years. 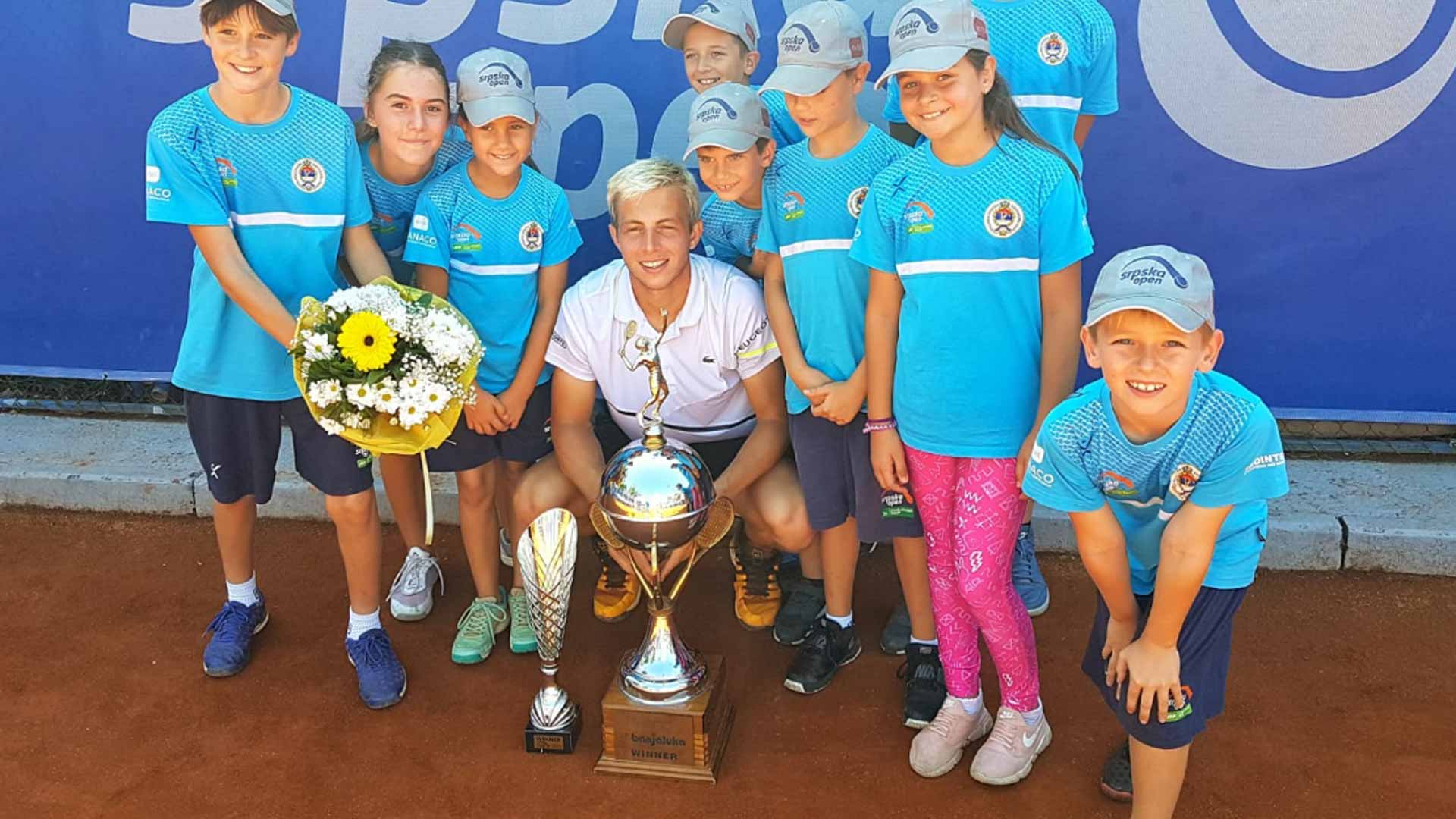 American Express Istanbul Open (Istanbul, Turkey): Ugo Humbert showed why he belongs in the Top 70 of the ATP Rankings. The #NextGenATP star continued his push to qualify in the ATP Race To Milan with yet another Challenger title. He triumphed on the hard courts of Istanbul, improving to 4-0 in finals in the past year.

Humbert dropped a combined seven games in the semis and final, capped with a 6-2, 6-2 rout of Denis Istomin on Sunday. The Frenchman, who also prevailed on home soil in Cherbourg in February, is in hot pursuit of one of the coveted seven automatic qualifying slots for the Next Gen ATP Finals. He is in eighth position. 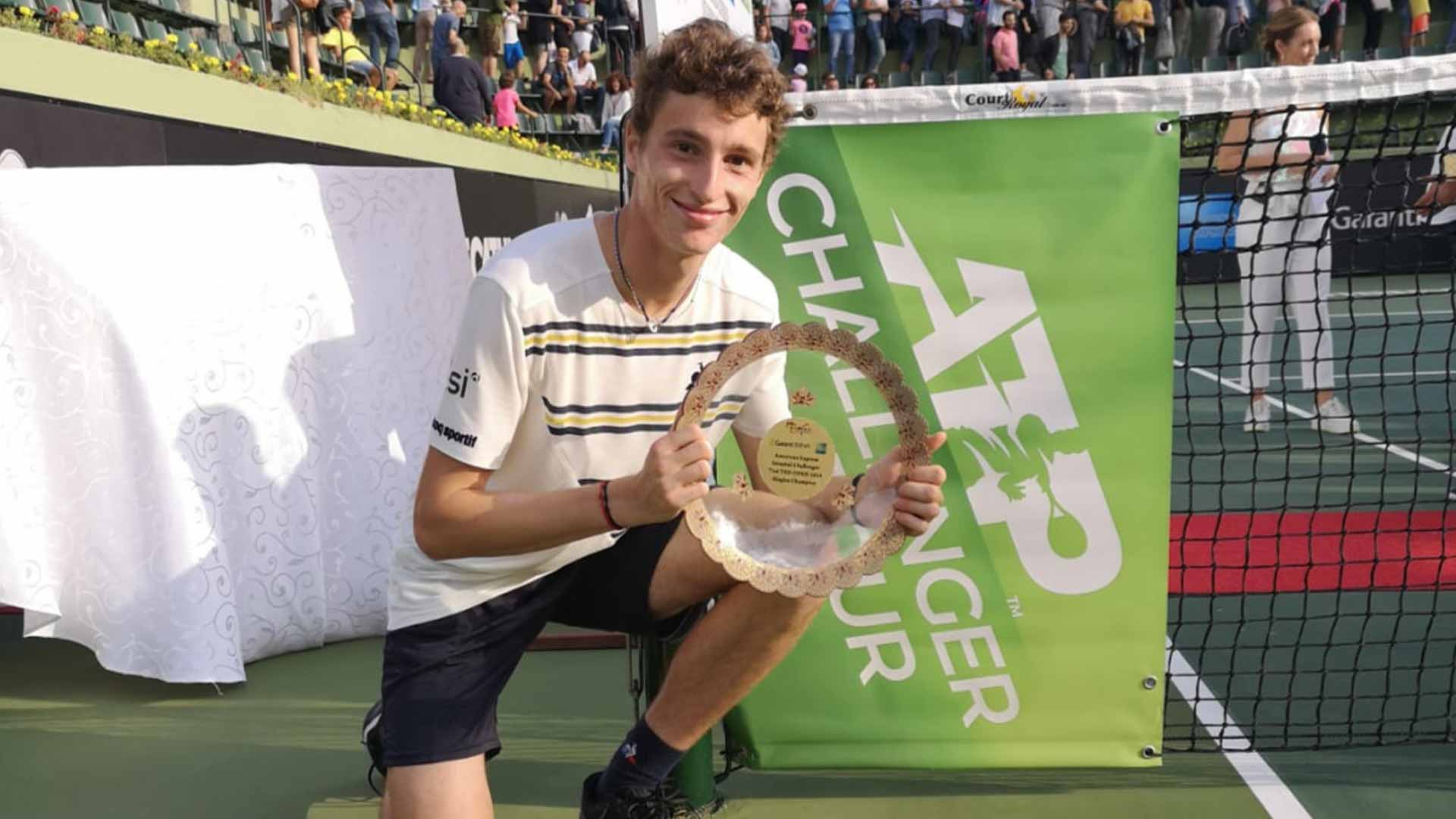 Copa Sevilla (Sevilla, Spain): Alejandro Davidovich Fokina became the 28th first-time winner of the year, putting it all together for an impressive run on home soil in Sevilla. The Spaniard overcame countryman Jaume Munar 2-6, 6-2, 6-2 in front of a packed, raucous crowd at the Real Club de Tenis Betis.

The local Sevillanos filled the club, with a capacity crowd on hand to watch their two native sons do battle. And 400 more were on line outside as the match began. The oldest tournament in Spain celebrated its 29th edition this week.

Davidovich Fokina continues his Top 100 push, rising to a career-high No. 108 in the ATP Rankings. After enduring a 1-6 mid-summer stretch, he has since posted a 12-2 run, also including a semi-final in Mallorca and final a week ago in Genova. The 20-year-old is one of the biggest stories on the ATP Challenger in the past month.

To win your first #ATPChallenger title is a big deal.

This is how much it means to @alexdavidovich1, champion in Sevilla. 👇👇👇 pic.twitter.com/xijUOYNbU3

Atlantic Tire Championships (Cary, North Carolina, USA): Kovalik wasn't the only one to save three match points during the week. Top seed Andreas Seppi achieved the feat in Cary, storming back to oust Enzo Couacaud on Saturday before defeating Michael Mmoh 6-2, 6-7(4), 6-3 on Sunday.

It was Seppi's ninth ATP Challenger Tour title and first in 20 months. Having missed some time last year due to a hip injury, the Italian enjoyed a long-awaited successful week at the Cary Tennis Park.

And for Mmoh, despite falling in the final, it was an equally satisfying tournament. The rising American was forced to the sidelines from January to May due to a shoulder injury. Appearing in his first final of his comeback, he rallied from a set down for three of his four wins this week.

Road To The Rolex Shanghai Masters (Shanghai, China): A prelude to the ATP Masters 1000 event in Shanghai, the Challenger event is staged at the same venue - Qizhong Forest Tennis Center. On Sunday, it was Japanese veteran Yasutaka Uchiyama prevailing 6-4, 7-6(4) over Di Wu. He did not drop a set all week for his fourth career title.

A LOOK AHEAD
In one week, the ATP Tour's Asian swing kicks off in Zhuhai and Chengdu. But this week, Kaohsiung takes centre stage in Chinese Taipei with a Challenger 125 event. Kamil Majchrzak is the top seed, with Prajnesh Gunneswaran second.

In Glasgow, the Murray Trophy debuts with plenty of fanfare. Named for Andy Murray and Jamie Murray, in honour of their contributions to British tennis, it is the lone Challenger in the U.K. outside of the grass season.