A LOOK BACK
Open d'Orleans (Orleans, France): After more than seven years, Sweden is back in the Top 100 of the ATP Rankings. Mikael Ymer broke through on one of the biggest stages on the ATP Challenger Tour, streaking to the title in Orleans in stunning fashion.

Ymer did not drop a set all week, blitzing a stacked field that included seven players inside the Top 100. Now, the 21-year-old has joined the elite club. He makes his Top 100 debut on Monday after clinching his third Challenger crown, rising to a career-high No. 83.

"I'm still on a high," said Ymer. "I need to shower and rest before it all settles in. This is crazy. It's definitely the best week of my life. I will always remember Orleans. I took a wild card last minute and I'm very, very happy to have the trophy.

"I love the French crowd. Everywhere I go - Roland Garros, Cassis, Bordeaux, here, they all support me. They make me feel like I'm from France, so I'm very grateful."

With the Challenger 125 event boasting one of the strongest draws of the year, Ymer showed his mettle. On Friday, he upset defending champion Aljaz Bedene, ending the Slovenian's 27-match Challenger win streak. On Saturday, he earned the biggest win of his young career over World No. 39 Jo-Wilfried Tsonga. And on Sunday, he dismissed home hope Gregoire Barrere 6-3, 7-5 in one hour and 19 minutes for the title. Ymer dug deep when he needed it most, saving all five break points faced in the semis and final.

In front of a packed crowd at the Palais des Sports, the #NextGenATP star lifted the champion's painting. One of the most unique trophies on tour, the winner in Orleans is awarded a work of art by a local French painter.

This year, the Parisian artist 'Oji' depicts a blue tennis court on the banks of the Loire River in Orleans, with a heron standing over the balls. The colors of the court evoke the sky and river banks.

The victory was Ymer's third title of the year, adding to triumphs in Noumea and Tampere. With trophies on clay and both indoor and outdoor hard, he becomes the first to achieve the trifecta in a single season since Maximilian Marterer in 2017.

But, most importantly, Ymer etched his name in the history books with his Top 100 breakthrough. He becomes the first from Sweden to feature in the club since Robin Soderling in May 2012. A strong contender to qualify for the Next Gen ATP Finals, he also rises to ninth in the ATP Race To Milan.

Challenger Buenos Aires (Buenos Aires, Argentina): Just one month ago, Sumit Nagal was standing on Arthur Ashe Stadium, under the lights on Day 1 of the US Open. His opponent: Roger Federer. Facing the opportunity of a lifetime, the qualifier from India would show what the stars of the ATP Challenger Tour have to offer, taking the first set against the former World No. 1 before eventually succumbing.

Nagal has since carried the momentum back to the Challenger circuit. Riding a wave of confidence following his Grand Slam debut, the 22-year-old lifted the trophy on the clay of Buenos Aires on Sunday. He defeated home hope Facundo Bagnis 6-4, 6-2 for the title. After fighting through a trio of deciding sets to open the week, Nagal dropped a combined seven games in the semis and final.

"It is my first time in Argentina and in Buenos Aires," said Nagal. "I decided to come here because there were not many tournaments in Europe, and I thought I could do well. I've started in the best way and this brings me closer to being able to get into the Top 100.

"I was very confident in the match with Federer in the US Open and when a player is confident, everything changes. Tennis is like this, you can become unbeatable."

It was Nagal's second Challenger crown and first in nearly two years. It is a fitting conclusion to an impressive month of September, which saw him also reach the final in Banja Luka. Up to a career-high No. 135 in the ATP Rankings, the Top 100 is drawing closer for the Jhajjar native. 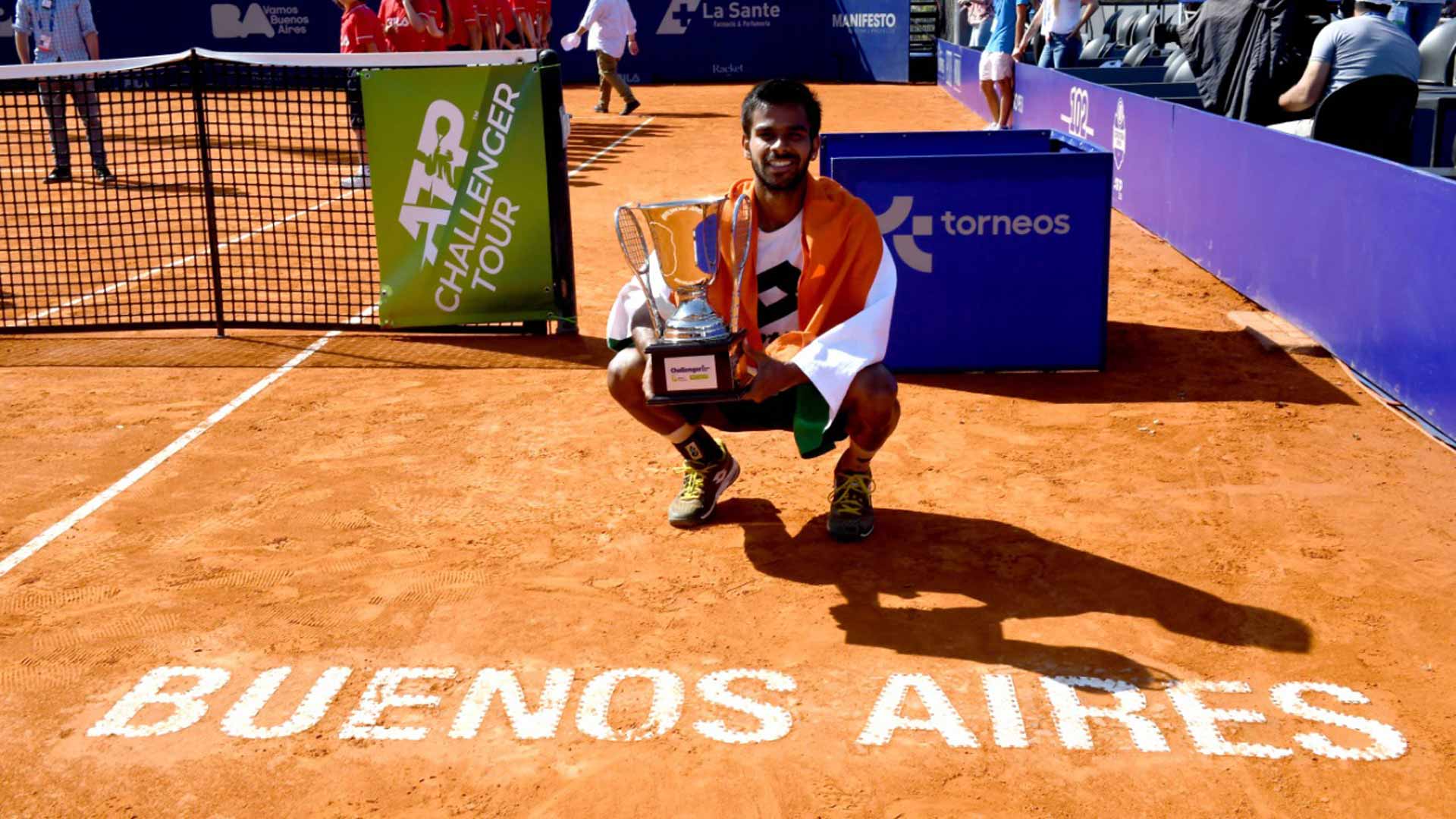 You May Also Like: Challenger Q&A: Paul Edges Kokkinakis In Marathon Tiburon Final

The week in Tiburon will also be remembered for a pair of magical escape acts by Thai-Son Kwiatkowski. The former University of Virginia standout rallied from a set and a double-break down on Thursday, before again storming back from a double-break deficit on Friday. He saved hree match points to reach the semi-finals.

Firenze Tennis Cup (Florence, Italy): One year after finishing runner-up in the tournament's inaugural edition, Marco Trungelliti finally wrapped his arms around the trophy in Florence. The Argentine defeated Pedro Sousa 6-2, 6-3 for the title on Sunday, capping a week that saw him save two match points in the quarter-finals and rally from a set and a break down in the semis.

There's nothing like celebrating a title with family, and with his mother and brother in attendance, Trungelliti made the most of the opportunity. He notched his second career title and first in more than a year. 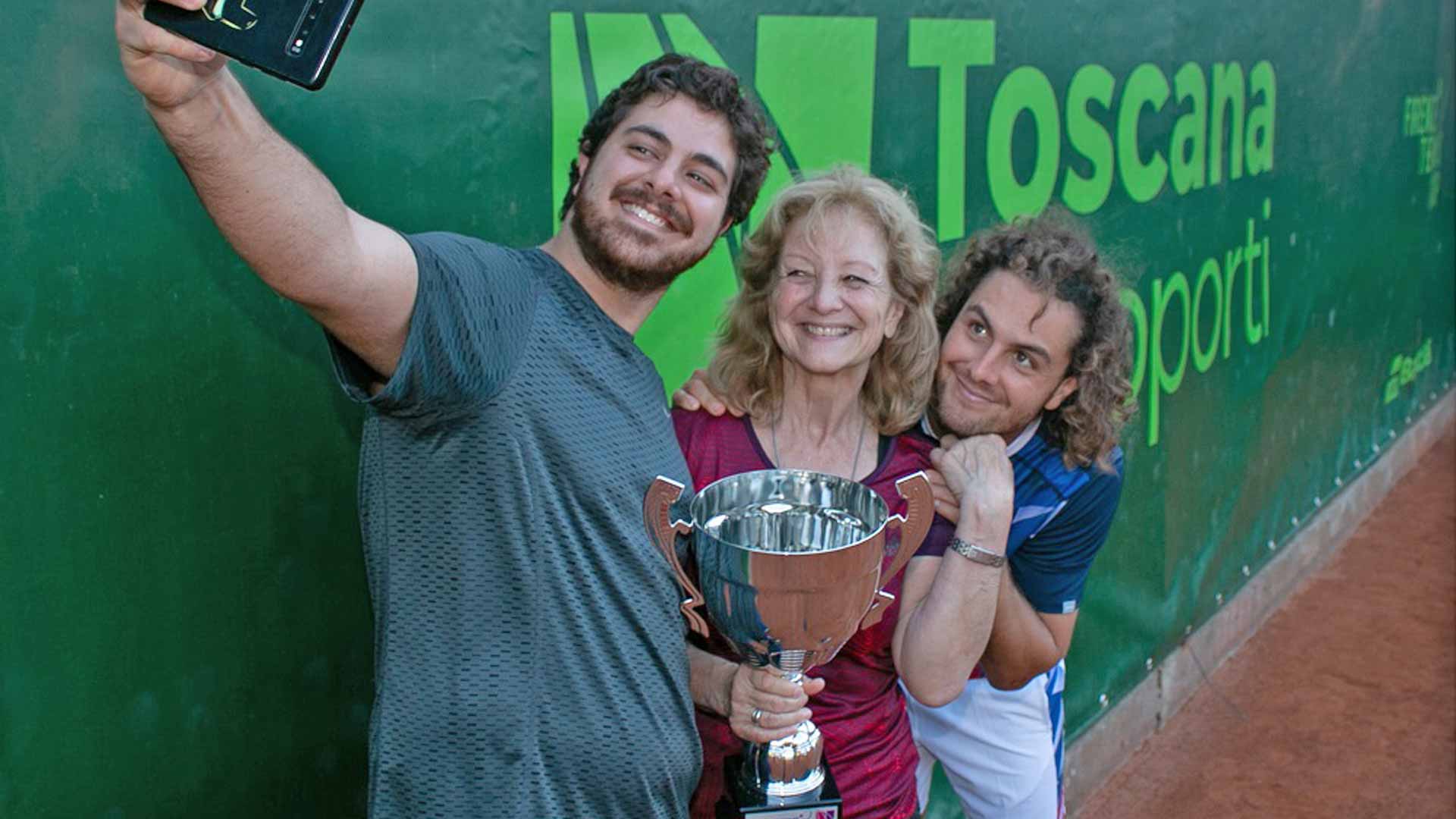 In Campinas, Brazil, it will be Nagal looking to go back-to-back on South American soil. Hugo Dellien leads the field.