Novak Djokovic completed one of the finest performances of his career on Sunday to capture a record-breaking seventh Australian Open crown at Melbourne Park.

The World No. 1 outclassed No. 2-ranked Rafael Nadal, the 2009 champion, throughout the 53rd meeting of their legendary rivalry for a 6-3, 6-2, 6-3 victory in two hours and four minutes for his 15th major championship trophy, to pass Pete Sampras (14) in the all-time Grand Slam singles title list.

“It ranks right at the top,” said Djokovic. “Under the circumstances, playing against Nadal, such an important match, I mean, it's amazing. Obviously back-to-back semi-finals [against Lucas Pouille] and final, I think I made 15 unforced errors in total in two matches. It's quite pleasantly surprising to myself, as well, even though I always believe I can play this way, visualise myself playing this way. At this level… it was truly a perfect match.

“(Sampras) was someone that I look up to. When I was started to play tennis, one of the first images of tennis in general was him playing Wimbledon, winning I think his first title back in '93. I was a small boy in Kopaonik, this mountain resort in the south of Serbia. Nobody had ever touched a tennis racquet before me. I did not have a tennis tradition in my family. I did have sports tradition. So it was definitely a sign of destiny to start playing tennis, to aspire to be as good as Pete. To surpass him with Grand Slam titles, I'm speechless.”

Djokovic, who breaks a tie with Roy Emerson and Roger Federer for most Australian titles, now trails only Federer (20) and Nadal (17). His 28th victory over Nadal (28-25 overall), marked his 73rd tour-level crown.

The 31-year-old Djokovic, who picked up the 2018 Wimbledon and US Open titles en route to a return to No. 1 in the ATP Rankings, is also the first man in tennis history record three streaks of three or more consecutive major titles. Djokovic won three straight titles in 2011-12 (2011 Wimbledon-2012 Australian Open) and became the first man to hold all four Grand Slams at once, since Rod Laver in 1969, when he won four straight major titles in 2015-16.

Djokovic won 56 of his 59 service points, hit 34 winners and committed just nine unforced errors. Nadal, who dropped his serve five times, won 51 per cent of his first-service points and made 28 unforced errors. Seven years ago in the 2012 final, Djokovic beat Nadal in five sets over five hours and 53 minutes.

“I think he played fantastic,” said Nadal. “When he's playing that way, I think I needed something else. I was not able to have that extra 'thing' tonight. [It] was unbelievable the way that he played, no doubt about that… I played fantastic tennis during both weeks, but [by] probably playing that well, I didn't suffer much. Five months without competing, having that big challenge in front of me, I needed something else... That's my feeling, to compete at this super high level.”

Nadal, 32, had no answer to Djokovic’s peak performance, in his attempt to become the first man in the Open Era (since April 1968) — and only the third man in history (after Emerson and Laver, who had been a part of Sunday’s doubles presentation party) — to win each of the four Grand Slam championship trophies twice. 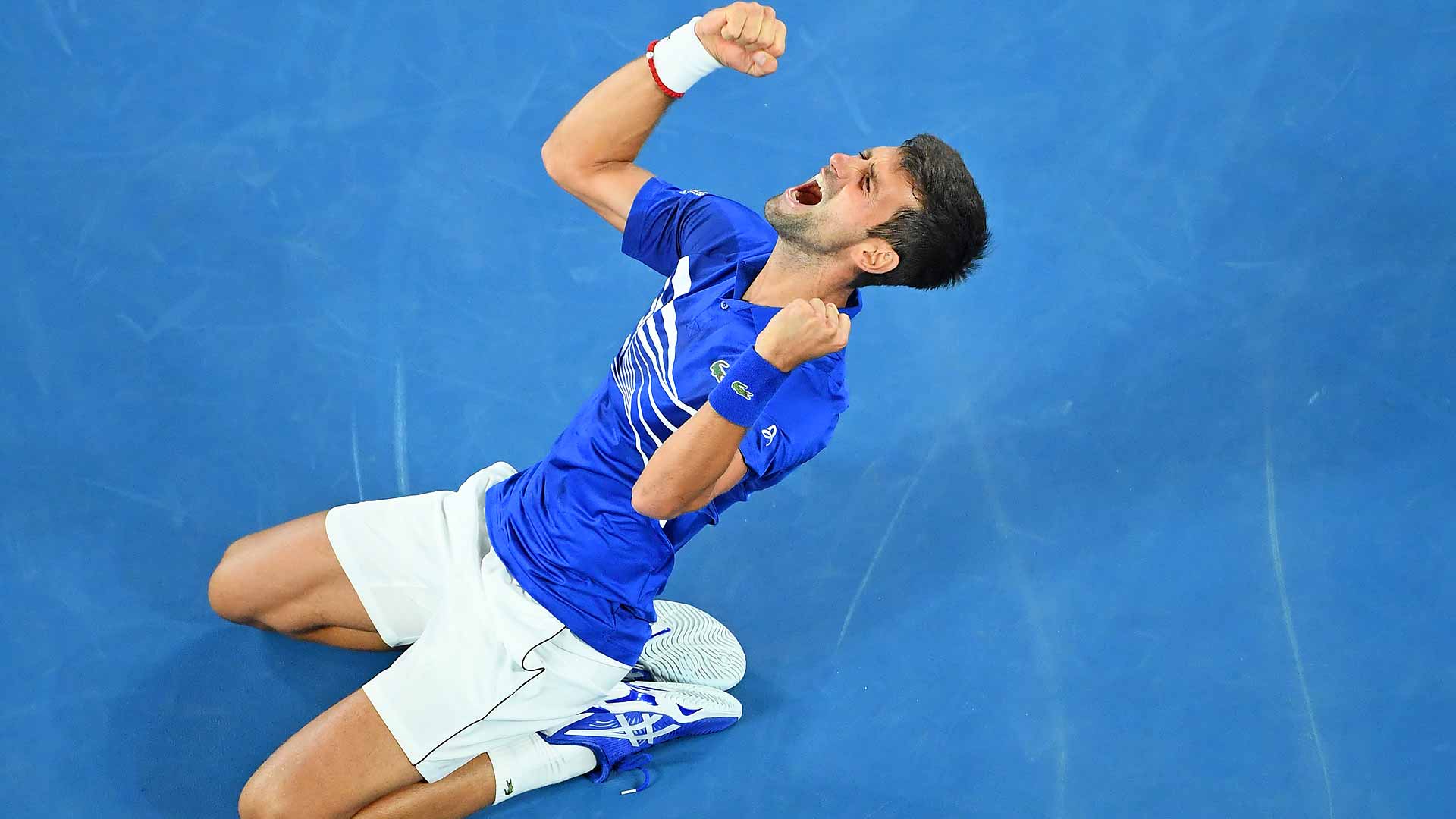 HOW THE AUSTRALIAN OPEN FINAL WAS WON

First Set
Djokovic came out of the blocks with a fast start, sharp in his first service game and then struck his groundstrokes cleanly to break Nadal for a 2-0 lead. Through the first three games, Djokovic had won 12 out of 13 points, before Nadal, at 0-3, ripped his first winner and let out a ‘Vamos!’ He went on to save one break point at 30/40 en route to clinching his first game, but kept being pushed behind the baseline. Although Nadal started to rebuild his confidence, Djokovic remained in control, hitting 12 winners and earning 20 of his 21 service points to complete the 36-minute set.

Second Set
Nadal wasn’t playing badly, but he needed to play at such a high level to keep up with Djokovic, and continued to over-hit early in the second set. It wasn’t until the second point at 1-2 that Djokovic lost one of his first-service points and in the next game, successive backhand errors by Nadal handed Djokovic another break. Djokovic came through his toughest test at 3-2 through superb balance and clever placement to Nadal’s backhand. Having broken for a 5-2 advantage, Djokovic closed out to love with three straight aces. The Serbian star committed just one unforced error, winning 30 of the 45 total points in the 40-minute set.

Third Set
For all the talk of Nadal’s refined service motion and potent forehand, Djokovic’s serve and eagerness to step into the court for crosscourt backhands was doing the damage. Nadal continued to fight, attempting to get himself fired up, however, Djokovic drew his Spanish opponent to the net for a drop shot to break in the third game. Although Nadal created his first break point of the match at 2-3, 30/40 on Djokovic’s serve, any rally over six shots went the way of the World No. 1, who was in simply irresistible form. Djokovic broke for a fifth time to complete victory and is now 68-8 lifetime at Melbourne Park, venue of the Australian Open.