ATP Tour Uncovered presented by Peugeot goes behind the scene at the 2019 Dubai Duty Free Tennis Championships, which culminated in Roger Federer lifting the 100th title of his career.

Unbeaten Djokovic Joins Tsitsipas, Monfils In Dubai; All You Need To Know

Novak Djokovic looks to continue his perfect start to the 2020 season next week at the Dubai Duty Free Tennis Championships, an ATP 500 tournament. Djokovic comes to Dubai with a 13-0 match record this season in singles (and 2-0 in doubles). He led Serbia to the inaugural ATP Cup title and won a record-extending eighth Australian Open crown to clinch his return to No. 1 in the FedEx ATP Rankings. He will be looking to reclaim the Dubai title after winning four titles in five years from 2009-11 and '13.

The 2020 Dubai field additionally features Fabio Fognini, Roberto Bautista Agut, Andrey Rublev and Karen Khachanov. Rublev, 22, will also be going for his third title of 2020 after winning the Qatar ExxonMobil Open and Adelaide International in the first two weeks of the year.

Here's all you need to know about the Dubai tennis tournament: when is the draw, what is the schedule, where to watch, who has won and more.

Are You In? Subscribe To Get Tournament Updates In Your Inbox

How To Watch
Watch Live On Tennis TV
TV Schedule

You May Also Like: Social Media Reacts To Federer's Historic Win

Did You Know... In 2005, Roger Federer and Andre Agassi had a friendly hit high above Dubai, on the helipad of the Burj Al Arab. "This was an absolutely amazing experience," Agassi told ATPTour.com. "When you first get over how high you are and start playing, it’s an absolute joy and it was a great time. I had no issues with the height as long as I didn’t have to bungee jump off the side." 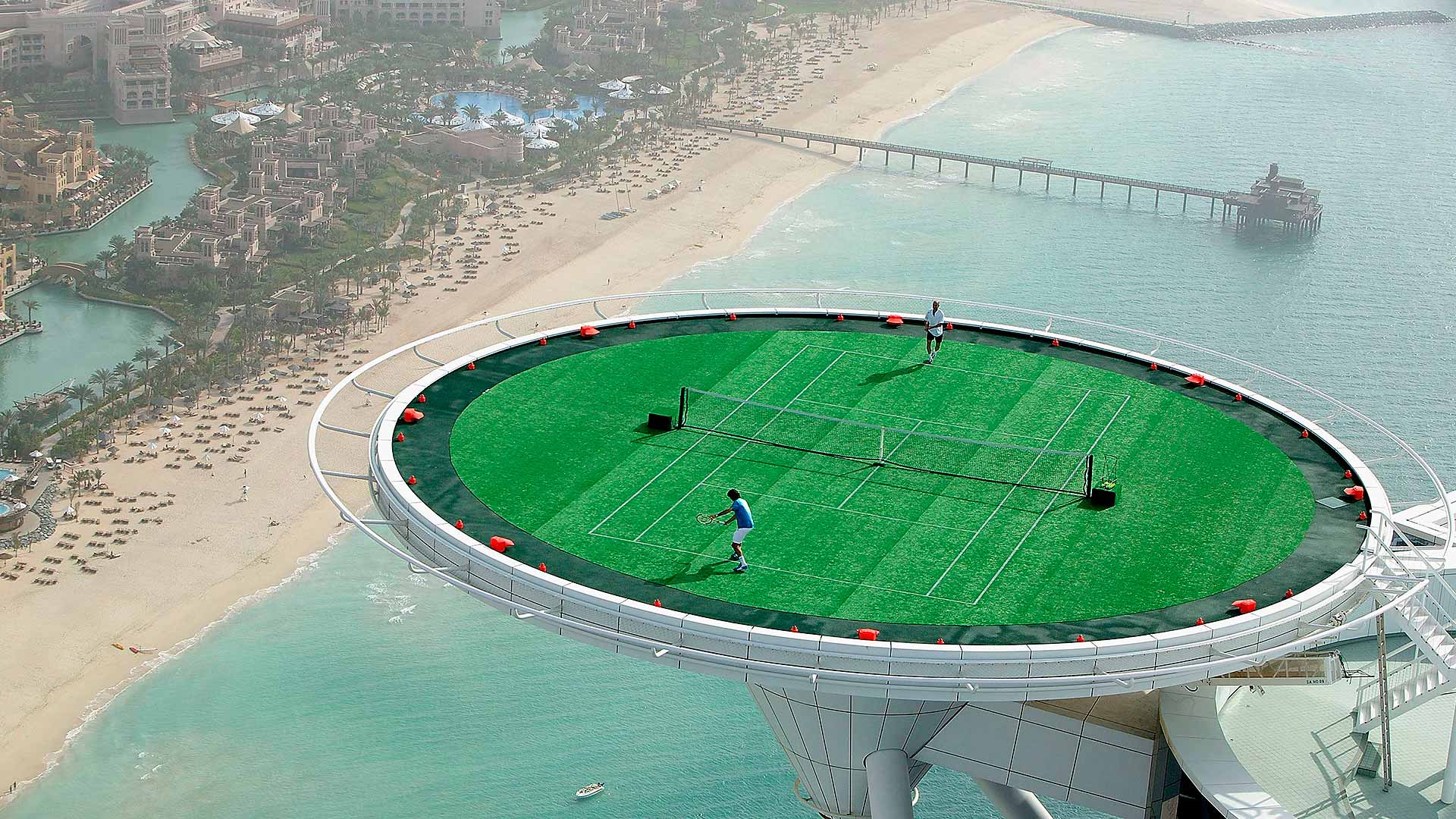 Open Gallery
More stories like this in:
ATP Premier Partner