Stefanos Tsitsipas defeats Roger Federer for the second time this year, saving 11 of the 12 break points he faced.

ATP Staff
This article contains:
Dive deeper into the Greek's straight-sets victory against the six-time champ

Stefanos Tsitsipas defeated six-time champion Roger Federer 6-3, 6-4 on Saturday afternoon to reach the championship match at the Nitto ATP Finals on his debut. And there is no question that the statistic that sticks out is Federer's success on break points or lack thereof. The Swiss went 1-for-12 in the semi-finals, and he is now 1-for-24 on his break chances in his two losses against the Greek star.

Federer had opportunities in five different Tsitsipas service games to break. But even when he did convert his 10th chance of the match at 1-2 in the second set, the 21-year-old broke back immediately. 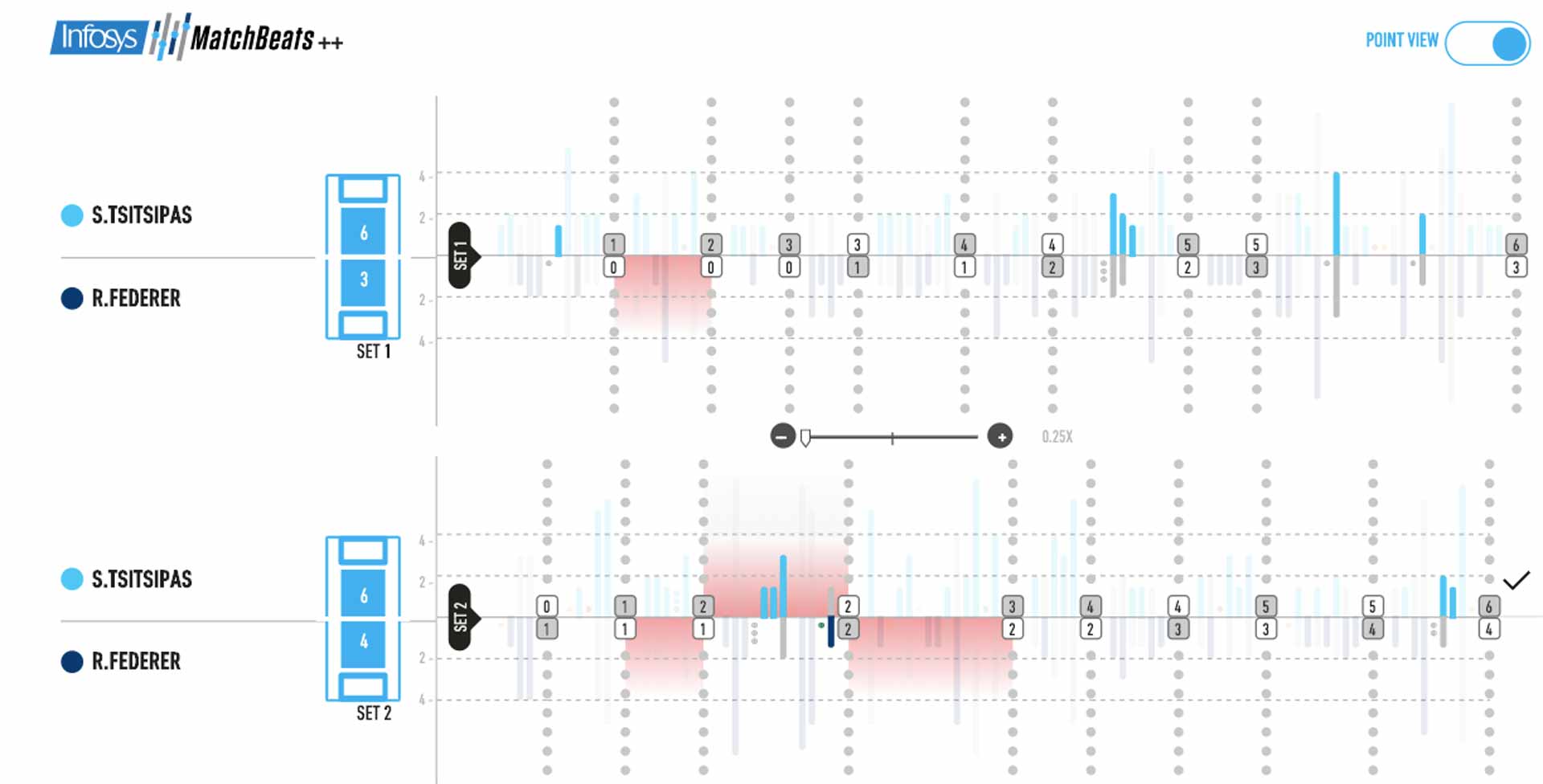 "Of course it's frustrating, and I know getting to that point, it's something I try to avoid as often as possible, but it is tennis. He plays well. He gives me a really tough time on the court. He gets to his break points because he deserves to be there, but then I managed to stay composed and not think of too much and just play."

Although the jarring number is Federer's 1-for-12, Tsitsipas converted three of his four break opportunities. The 2018 Next Gen ATP Finals titlist gained leads early in both sets, which put that much more pressure on Federer to convert his chances.

In the first set, the three-time ATP Tour titlist made just three of his eight second-serve returns (37%), and won just one second-serve return point. Although that didn't cost him, as he won the opener, Tsitsipas stepped up that part of his game in the second set by going back to basics: putting his returns in play. 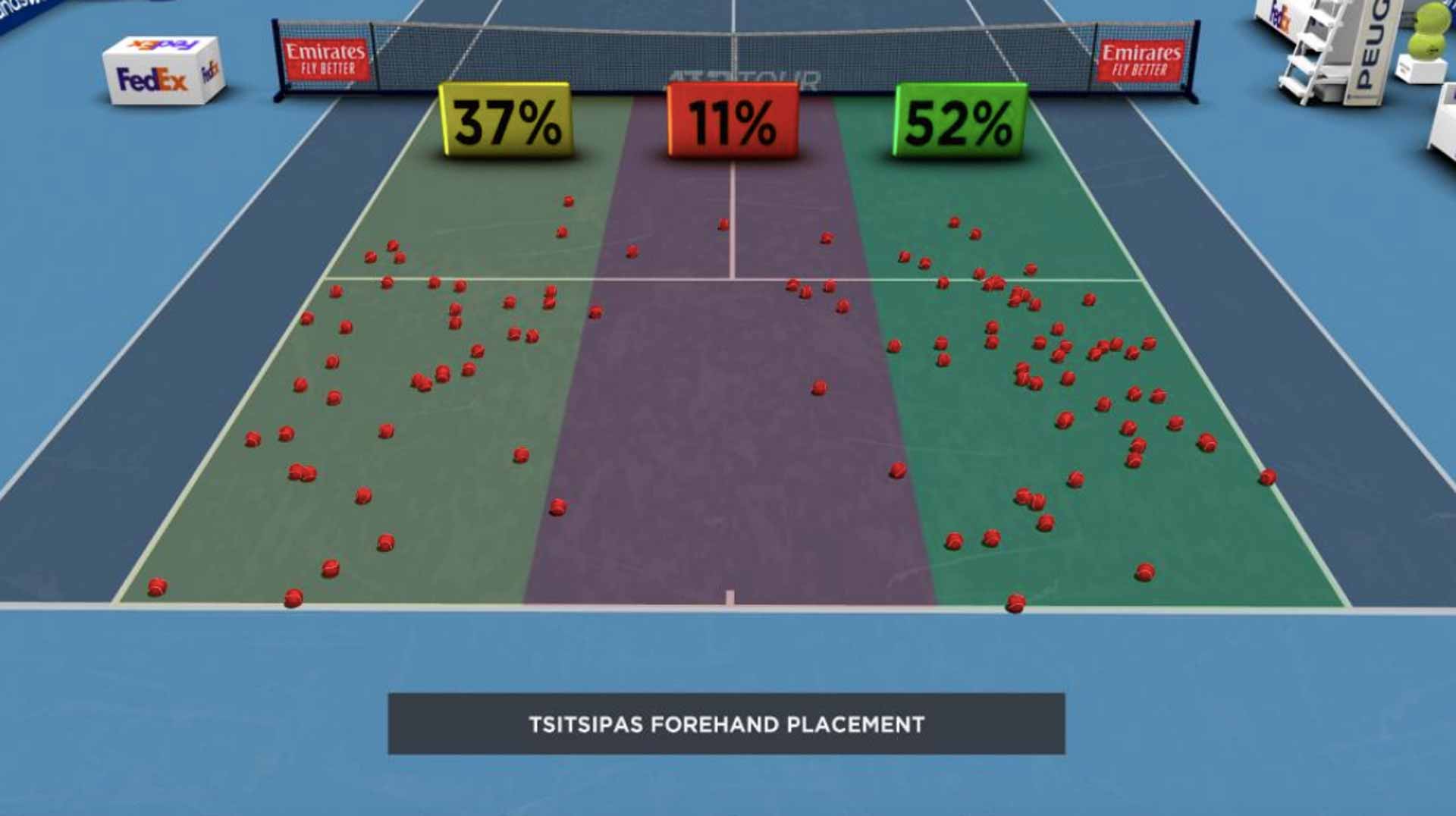 Both occasions on which Tsitsipas broke in the second set came on points in which Federer hit a second serve out wide to the 21-year-old's backhand. That was Federer's go-to second serve in the match, hitting 58 per cent of his second deliveries to that zone. And on those two break points, it did not pay dividends. 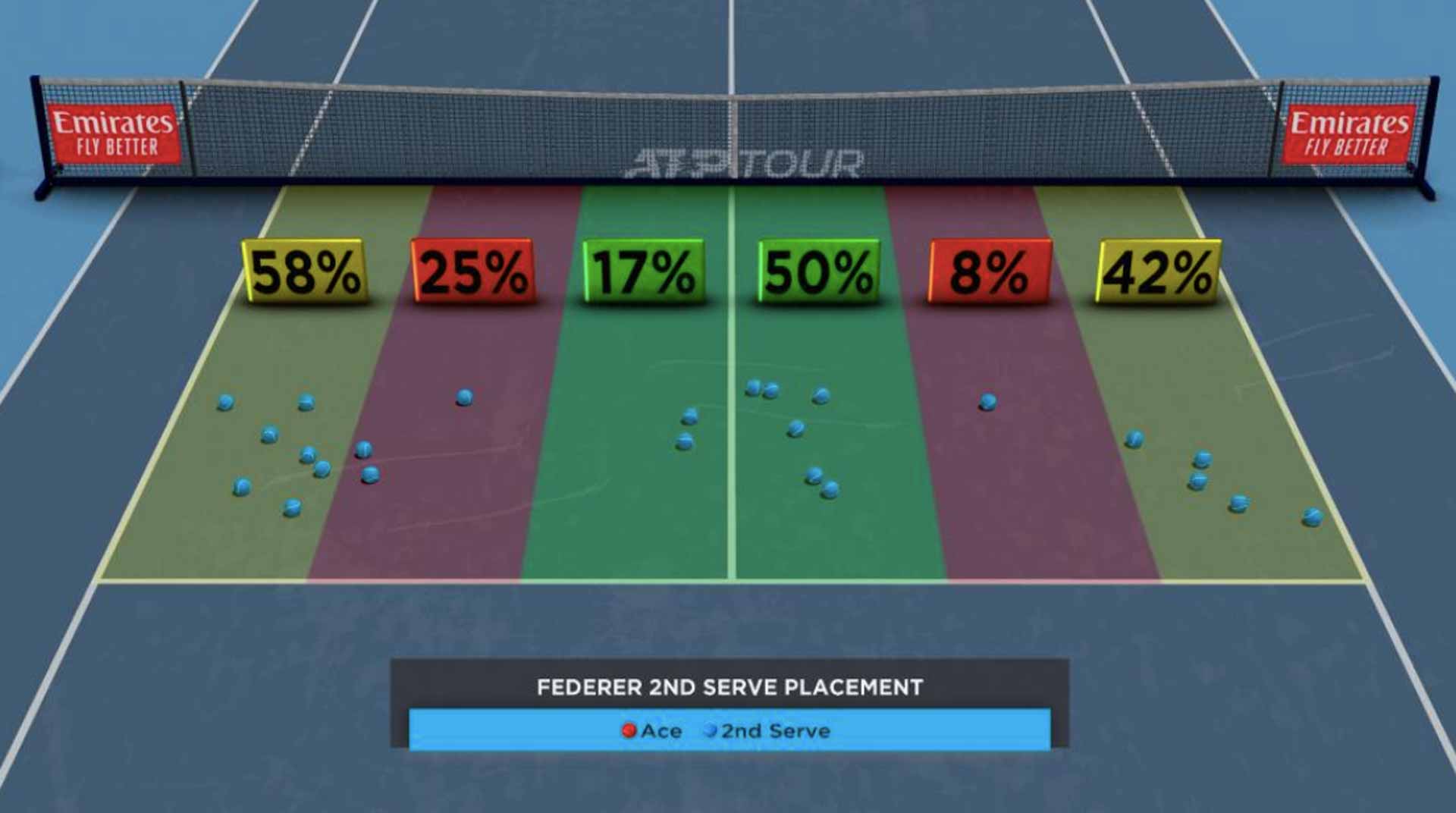 While Tsitsipas targeted Federer's forehand with his own forehand, the 38-year-old used a different tactic. The 103-time tour-level champion hit 47 per cent of his forehands to Tsitsipas' backhand. 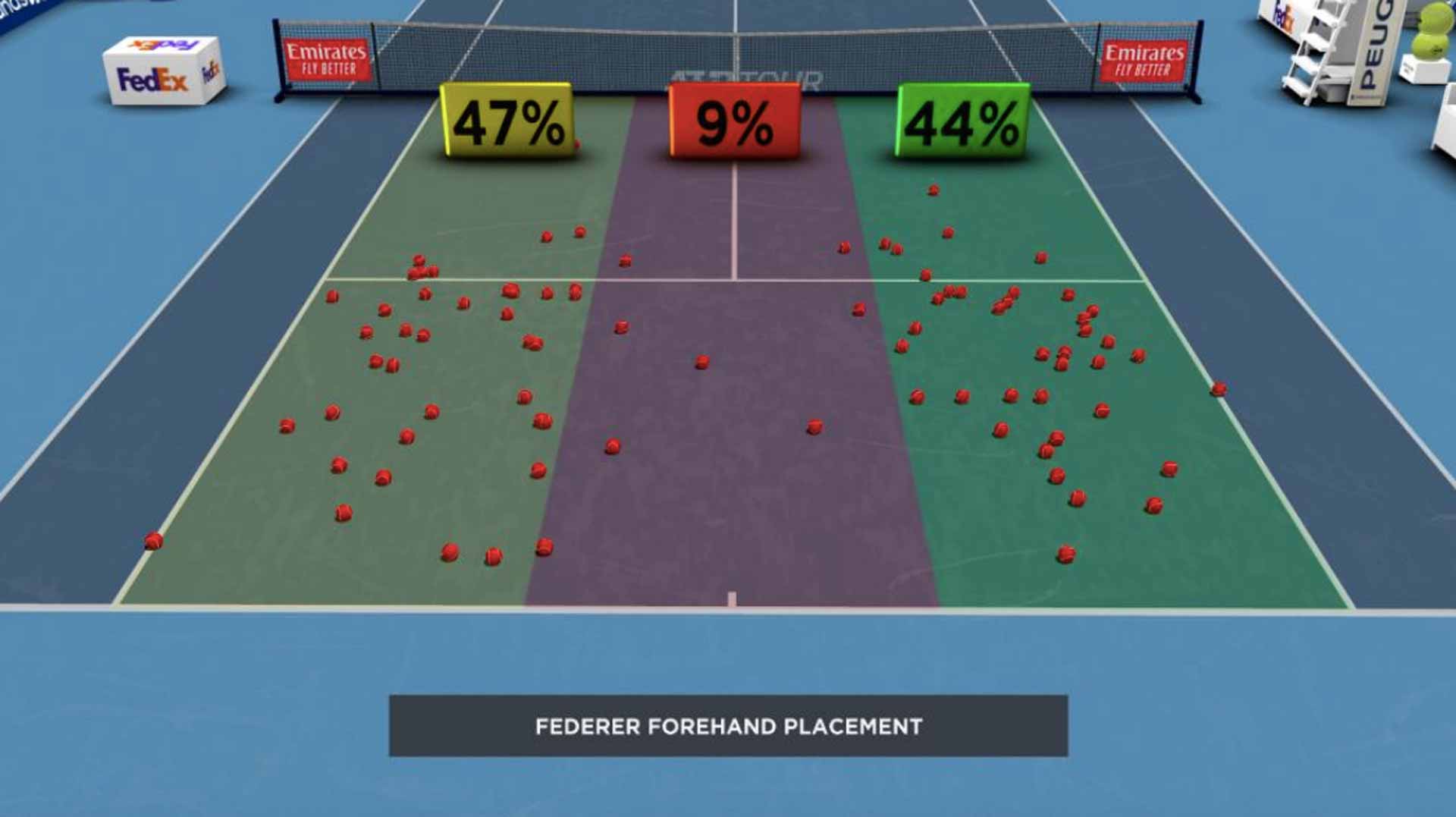 Unsurprisingly, Federer tried to take the ball early, hitting 34 per cent of his shots inside the baseline. The Swiss came to net eight more times than his younger opponent, winning 70 per cent of those approaches (14/20). However, Federer's aggression also led to more unforced errors. He made 29 of them, striking only 21 winners (including three aces).

According to Infosys MatchBeats, Federer made 10 unforced errors in the three games he got broken. 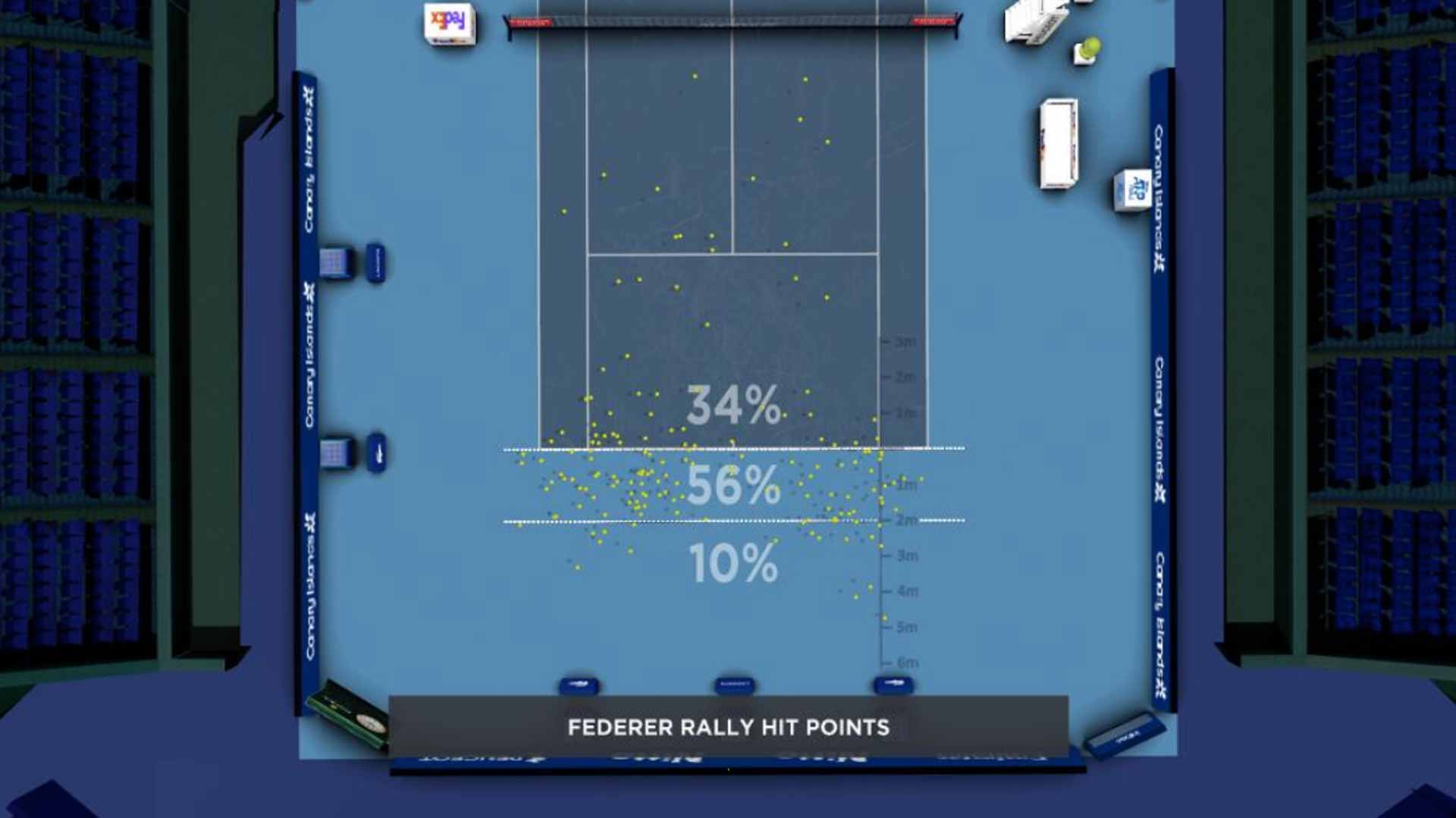 Tsitsipas was not able to move in as often as Federer, taking just 18 per cent of his shots inside the baseline and approaching the net 12 times at a 50 per cent success rate (6/12). The Greek made 27 unforced errors, while his average groundstroke speed was eight miles per hour quicker (81mph vs. 73mph). 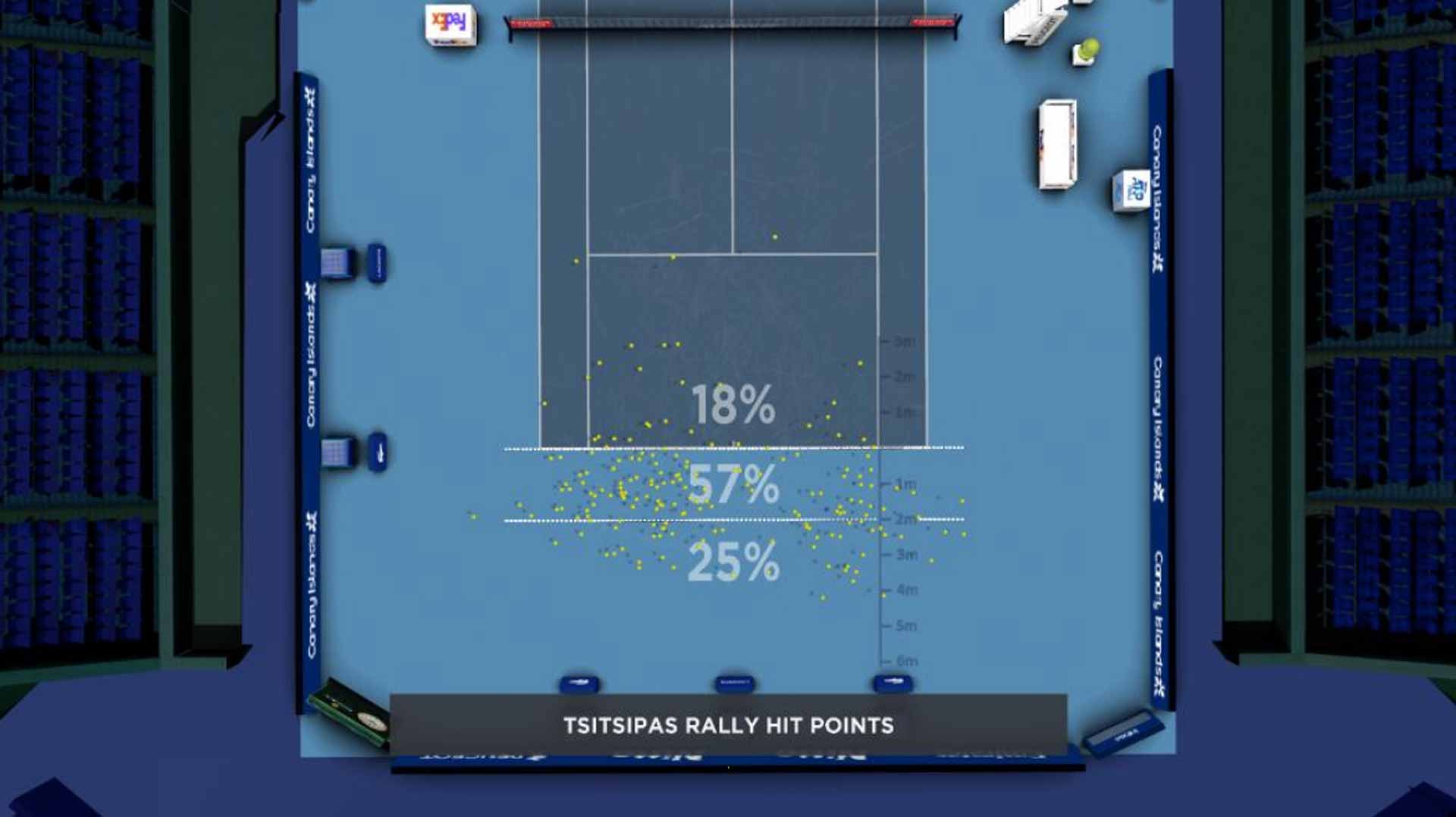