Roger Federer will begin his chase for a 10th Basel title against a qualifier.

Roger Federer was once a ball boy at the Swiss Indoors Basel, where he hoped of one day joining the players he assisted like 1994 champion Wayne Ferreira. The Swiss has certainly made those dreams come true, and this coming week he will chase a 10th title at his home ATP 500 event.

Federer will begin his tournament against a qualifier, before potentially facing Moldovan Radu Albot or Serbian Dusan Lajovic, neither of whom he has lost to. The 38-year-old defeated Albot in three sets in Miami this year in their first FedEx ATP Head2Head meeting, and he beat Lajovic at Wimbledon in 2017 and 2018.

Depending on how the results play out, there could be a blockbuster quarter-final pitting Federer against countryman Stan Wawrinka, the seventh seed, who begins his run against Uruguayan Pablo Cuevas. Federer leads their rivalry 23-3, including a straight-sets victory in the 2011 Basel semi-finals. But Wawrinka is gaining momentum, reaching the championship match in Antwerp for his first final since Rotterdam in February. 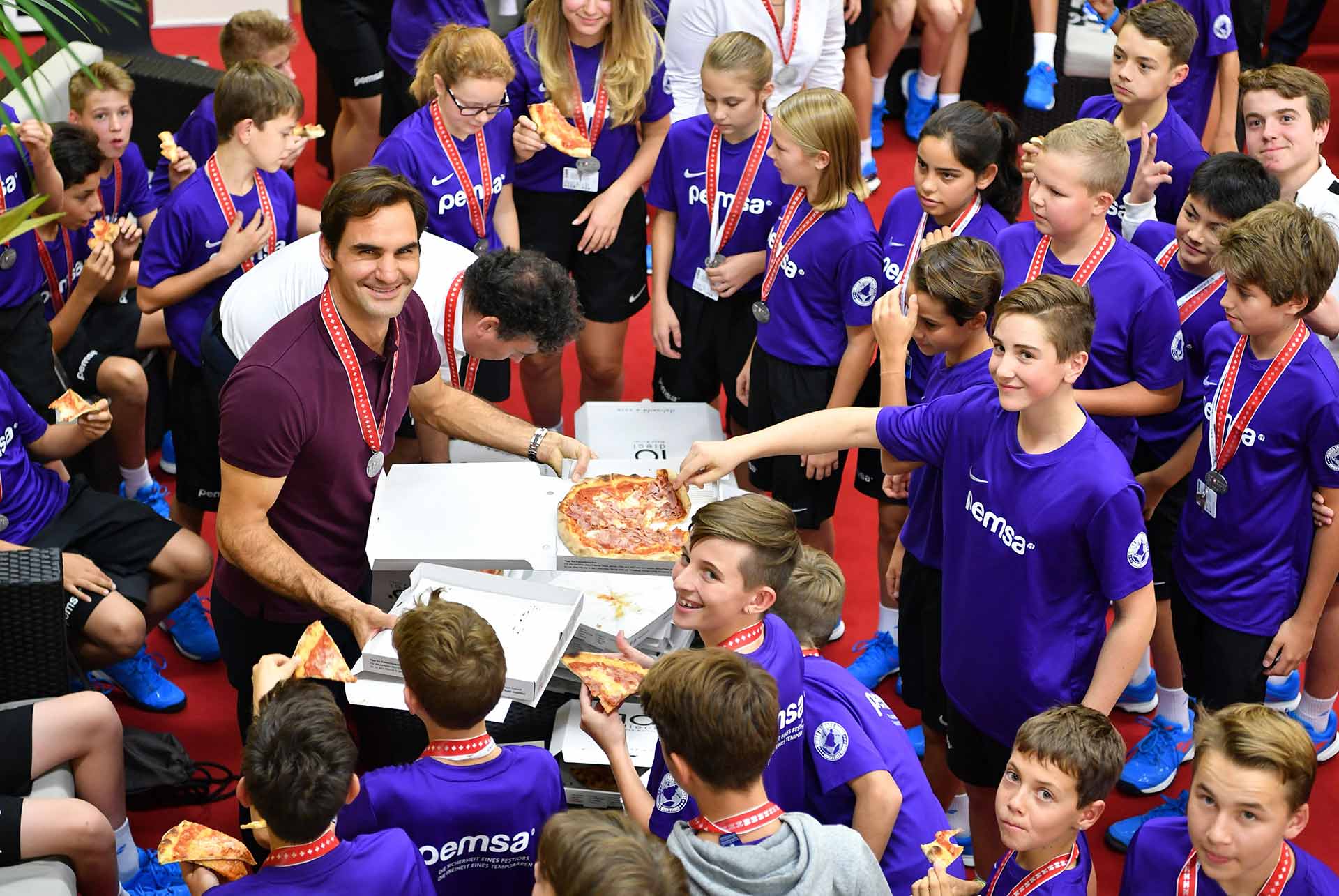 Federer has been at home in more ways than one in Basel, winning 20 consecutive matches at the event and reaching the final in his past 12 appearances. The last time he lost to a player ranked outside the Top 10 in Basel was in 2003, when he fell to World No. 47 Ivan Ljubicic, who is now his coach.

The second seed is reigning Nitto ATP Finals champion Alexander Zverev, who is trying to gain crucial points in the ATP Race To London. The German, currently in seventh place in the Race, is fresh off a trip to the Rolex Shanghai Masters final, his best result at an ATP Masters 1000 this year. Zverev will play American Taylor Fritz in the first round. Although the 11-time ATP Tour champion has won both of their previous matches, Fritz pushed him to five sets at Wimbledon last year.

Zverev could face another challenge in the second round if recent Zhuhai champion Alex de Minaur gets by a qualifier. If they clash, the Aussie will try to earn his first win against Zverev on his fifth attempt. Zverev made the semi-finals in Basel last year, losing to Marius Copil, who received a wild card into this year’s main draw.

Stefanos Tsitsipas, who guaranteed his London debut with a strong run in Shanghai, is the third seed. The reigning Next Gen ATP Finals champion will play Spaniard Albert Ramos-Vinolas for the second time — having defeated him in Barcelona last year — and for the first time on a hard court. The Greek star, who made the quarter-finals in Basel last year, has fifth seed Fabio Fognini in his quarter.

The Italian is making a late push to qualify for the Nitto ATP Finals in singles for the first time. Fognini, who opens against a qualifier, is in 11th position in the Race, trailing eighth-placed Matteo Berrettini by 290 points.

One of the blockbuster matches of the first round pits two former Top 10 players against each other. Sixth seed David Goffin will play former World No. 3 Marin Cilic. Goffin had an opportunity in Antwerp to climb into the Top 8 in the Race, but he fell to #NextGenATP Frenchman Ugo Humbert. Goffin is currently in 10th place, 90 points clear of Fognini.

Directly in front of him in the Race is Roberto Bautista Agut, who hopes to make his debut at The O2. The fourth seed in Basel, Bautista Agut opens against 2018 finalist Copil. The Spaniard is just 40 points behind Berrettini, who is competing in Vienna.