ATP Staff
This article contains:
Auger-Aliassime, Shapovalov will look to get off to good starts in Brisbane

The 2019 season for Canadians Denis Shapovalov and Felix Auger-Aliassime might have been a preview for what tennis fans can expect for the next 10-15 years from the #NextGenATP stars. Shapovalov and Auger-Aliassime, who will represent Canada along with Steven Diez, Adil Shamasdin and Peter Polansky at next month's ATP Cup, spent the year outdoing each other.

Both players endured their highs and lows, but both also played for ATP Tour titles and finished the season inside the Top 25 of the ATP Rankings (Shapovalov, No. 15; Auger-Aliassime, No. 21).

“These two guys really have almost fulfilled every expectation, at this stage to both be where they are,” said Tom Tebbutt, a longtime Canadian tennis writer.

Four years ago, when Auger-Aliassime was 15 and Shapovalov 16, Tebbutt saw the two play for the Canadian 18-and-under boys championship. Since then, and especially in 2019, the two have been on a tear. 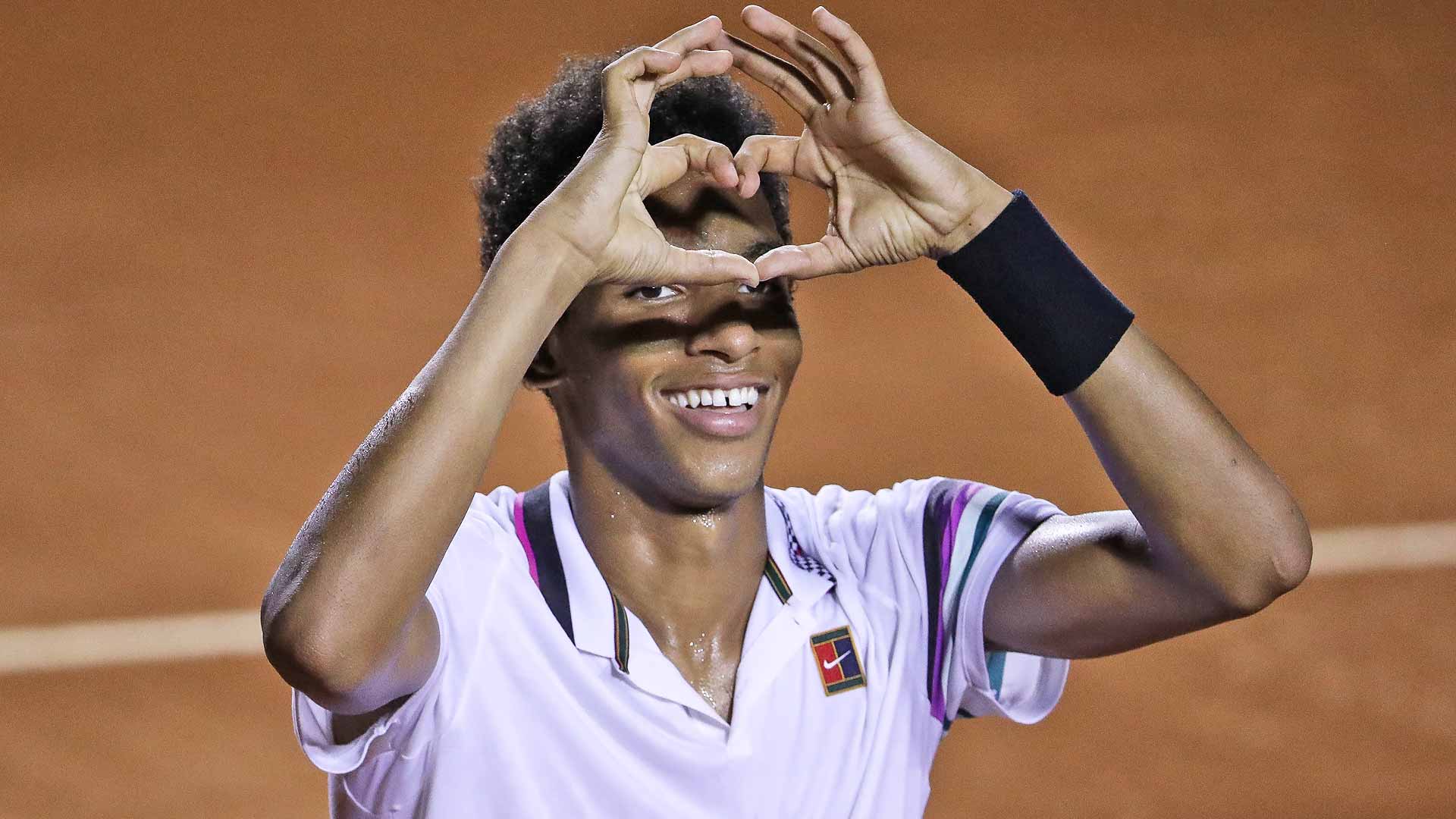 In February, Auger-Aliassime, younger then Shapovalov by 16 months, became the youngest ATP 500 finalist in series history (since 2009) by making the Rio Open presented by Claro final (l. to Djere). The next month, Auger-Aliassime, then 18, also became the youngest Miami Open presented by Itau semi-finalist (l. to Isner) in the tournament's 35-year history.

At that same tournament in south Florida, Shapovalov also reached the semi-finals (l. to Federer), his third at the Masters 1000 level.

But from there, Auger-Aliassime continued climbing while Shapovalov endured a slump. Auger-Aliassime made the final in Lyon (clay, l. to Paire) and Stuttgart (grass, l. to Berrettini) and reached the third round at Wimbledon (l. to Humbert), the first time he had won a match at a major championship.

You May Also Like: Best ATP Cup Quotes: Djokovic, Nishkori & Anderson Sound Off

“For any player to get his first Grand Slam win is a big relief, and it's a good achievement for me. At the same time, with the level I'm playing now and my ambitions, I look forward and I look to go even further than that,” Auger-Aliassime said.

Shapovalov, meanwhile, went 2-9 after Miami, which included a straight-sets loss to Auger-Aliassime in Madrid. The left-hander began to turn his season around at his home Masters 1000 event in Montreal, where Shapovalov beat Pierre-Hugues Herbert of France and pushed Dominic Thiem to three sets.

“It put a smile to my face when I walked back on the court,” Shapovalov said. “Every point, [the crowd is] so engaged. Like I've always said, I feel that brings the best out of me. I'm able to play more freely and just enjoy myself. I had that fire back today that I've been missing, especially the last couple weeks. Maybe it's been longer than that. It's good to get back on the right track.”

Two weeks later, he made the semi-finals in Winston-Salem, and the next week, he and Auger-Aliassime met in the first round of the US Open for the second consecutive year. Shapovalov, who won their first New York contest, beat Auger-Aliassime in straight sets.

“Denis played really, really well against him at the US Open,” Tebbutt said.

From there, Shapovalov kept rising, making the semi-finals in Chengdu and winning his maiden title in Stockholm. The Canadian saved his best for the final week of the ATP regular season, reaching his first Masters 1000 final at the Rolex Paris Masters (l. to Djokovic).

Auger-Aliassime, on the other hand, went 2-3 during the Asian swing and a sprained ankle limited his play in the final month.

At the moment, Shapovalov has surged ahead. But, as Tebbutt has seen over the years, good luck predicting who will finish higher after the 2020 season, which starts at the inaugural ATP Cup. Canada will compete in Group F in Brisbane against Germany, Greece and Australia.