Frances Tiafoe, after reaching just his second tour-level quarter-final, goes on to win his maiden title in Delray Beach.

"It's amazing," Medvedev said. "I'm really happy. To make it through the qualies, there were so many circumstances. I wanted to go to Auckland, because my girlfriend had a visa to New Zealand, and not even one guy withdrew from Auckland... now I won here. So [it's] just amazing."

One year on from appearing in his first final in Chennai (l. to Bautista Agut), Medvedev needed two hours and 13 minutes to capture his maiden tour-level trophy. It proved to be the catalyst for a stellar 2018 season, with the Russian also lifting titles in Winston-Salem and Tokyo.

"It’s a dream come true," said Basic. "I made the breakthrough to the Top 100 [of the ATP Rankings] and I won my first ATP [World Tour] title, so I’m very happy. Winning the first [title] from the first [final] is a very good thing."

The 26-year-old became just the second player from Bosnia and Herzegovina to win a tour-level title, following compatriot Damir Dzumhur, who earned his maiden crown at the 2017 St. Petersburg Open. Basic, en route to the trophy, scored his first Top 20 win, upsetting Stan Wawrinka in the semi-finals. 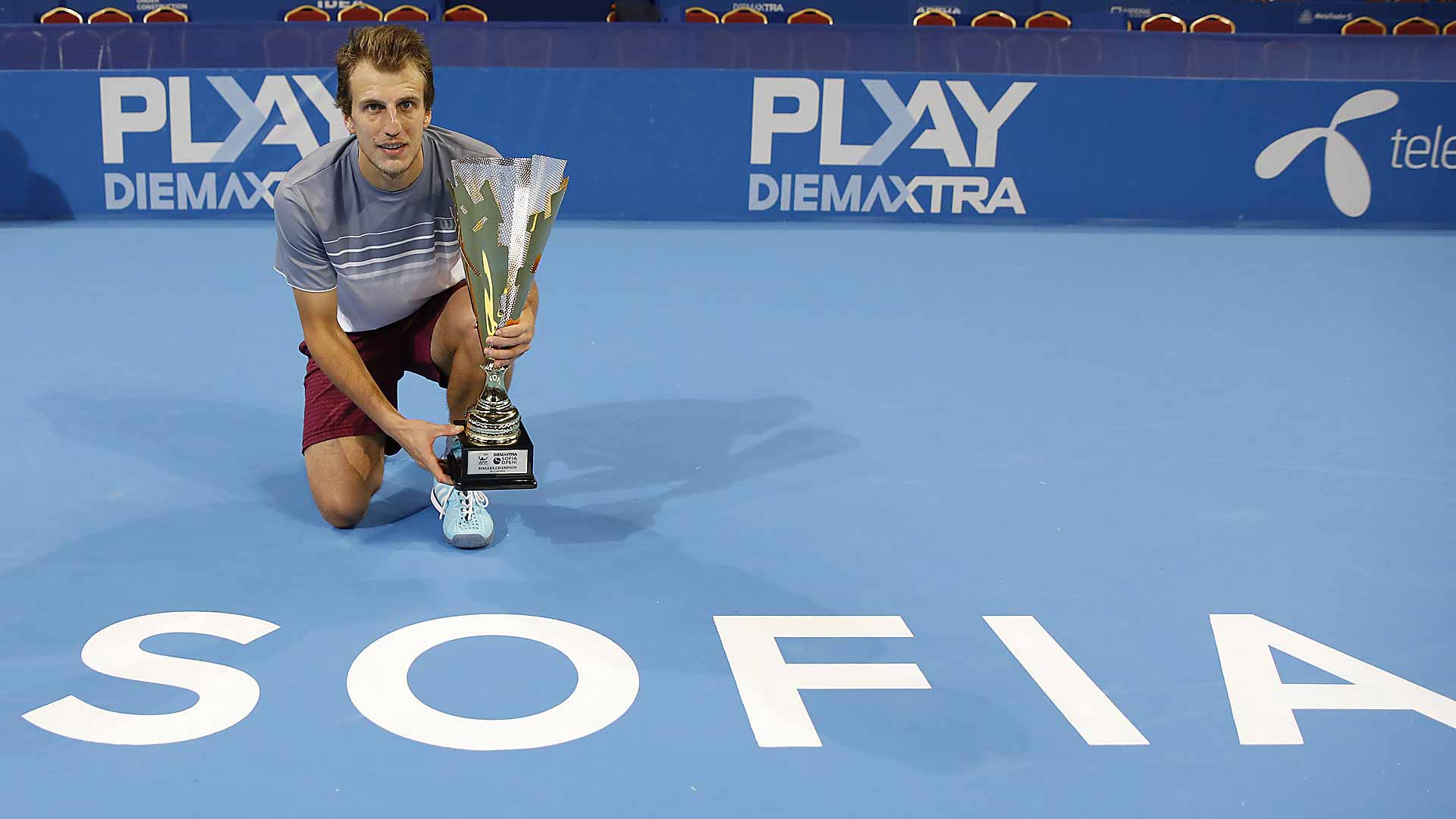 "Many feelings come to my mind and many years of training to achieve this," said Carballes Baena. "I thank my family, my parents in particular. They have been with me since I was little and have been behind me for a long time. We will celebrate this in Spain." 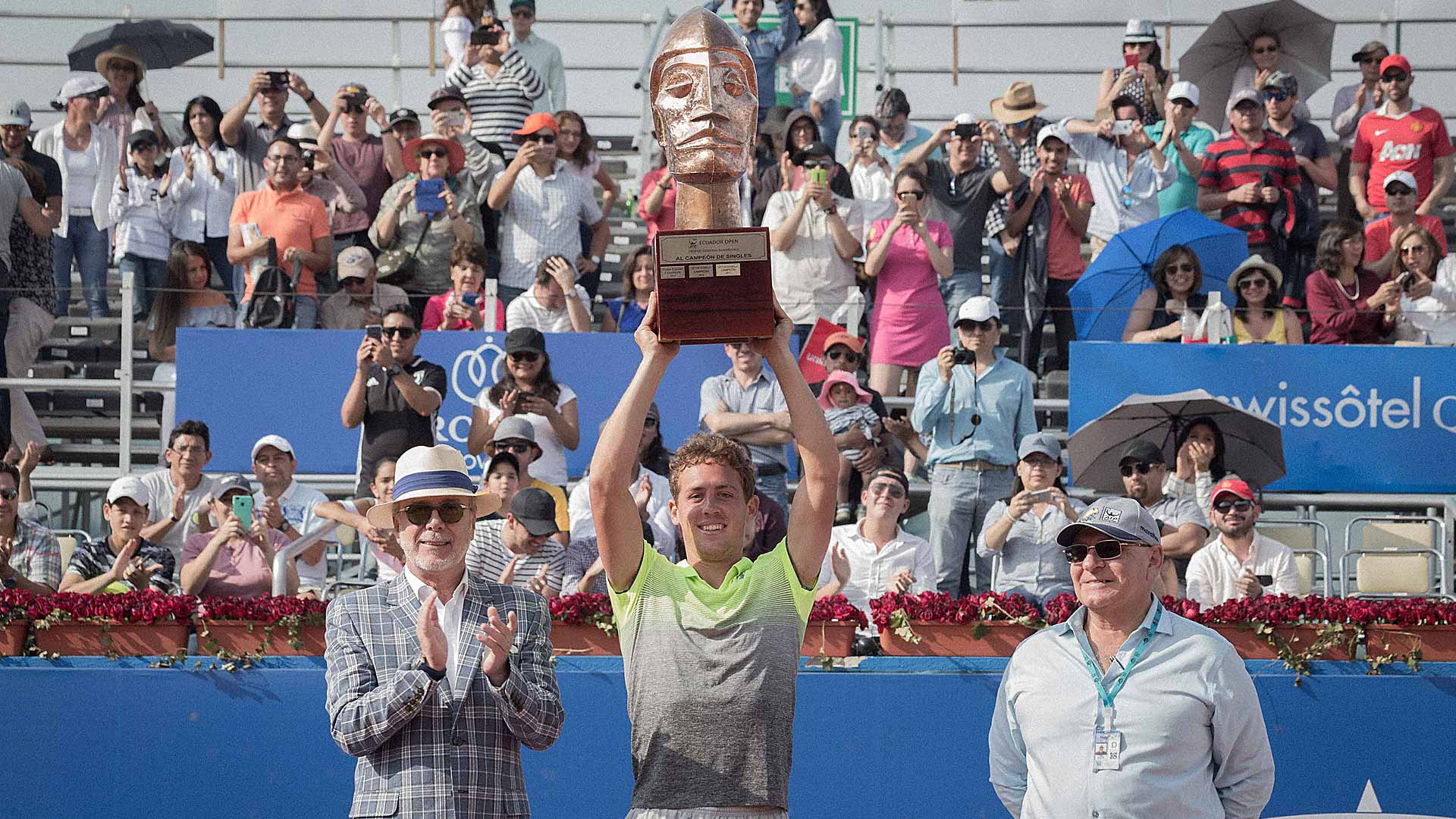 Before his appearance at the New York Open the previous week, Tiafoe had won nine tour-level matches (9-31) and had never reached a tour-level quarter-final. But after reaching the last eight in New York (l. to Anderson) and triumphing in Delray Beach, Tiafoe almost doubled his tour-level win count (16) in two weeks.

“It's unbelievable. It's obviously a dream to win your first title," said Tiafoe. "Now I have got that off my back, so that feels pretty good so early in my career. It's an amazing feeling and I just hope I can get many more as I go along.”

Marco Cecchinato - Budapest [First-Time Winner Spotlight]
After losing in the final round of qualifying in straight sets, Marco Cecchinato was handed a lifeline at the Gazprom Hungarian Open, gaining entry to the main draw as a lucky loser.

Seven days later, the World No. 92, who had never reached a tour-level semi-final before his arrival in Budapest, defeated fellow first-time tour-level finalist John Millman 7-5, 6-4 to claim his maiden trophy.

"I lost Sunday and now I won the tournament. It's amazing for me," Cecchinato said. "Maybe it's a dream."

The victory proved to be the start of a special run for the Italian, who stunned Novak Djokovic en route to the Roland Garros semi-finals and picked up his second title at the Plava Laguna Croatia Open Umag in July.

Prior to his arrival in Istanbul, the Japanese had never advanced to an ATP World Tour semi-final. He had owned a 6-15 record at all levels since October 2017. In his quarter-final against Rogerio Dutra Silva, Daniel came within one point of trailing 5-0 in the deciding set, but recovered well and then later found his best tennis against Jaziri in the two-hour, 22-minute championship match.

"Obviously [I am] really happy. I think today was a great match, a lot of long rallies from the beginning until the end," said Daniel. "I'm obviously pretty surprised that I suddenly won an ATP [World Tour title]. But I guess things like this happen." 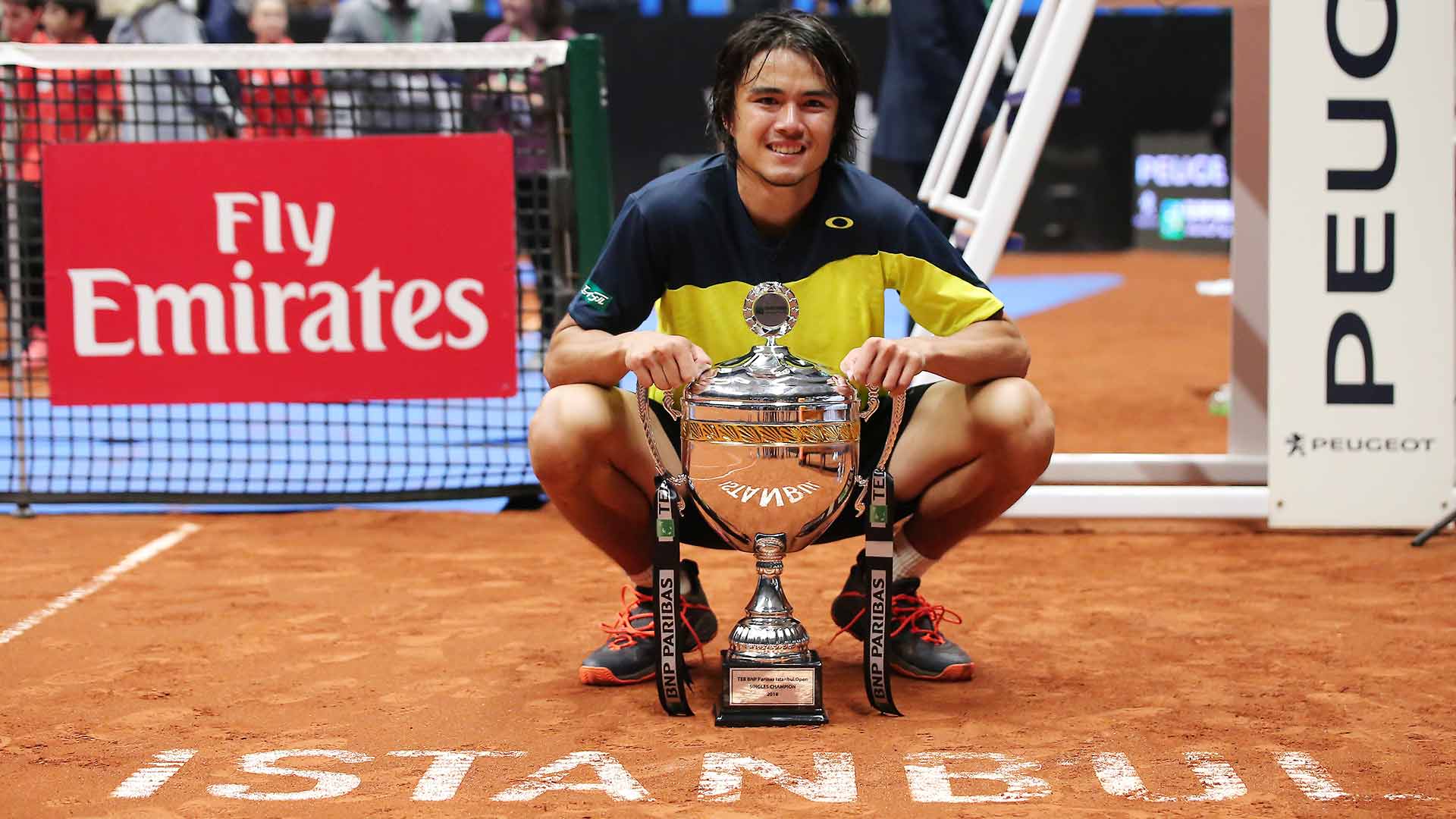 Marton Fucsovics - Geneva [First-Time Winner Spotlight]
Marton Fucsovics made Hungarian history in front of a packed crowd at the Banque Eric Sturdza Geneva Open, ousting Peter Gojowczyk 6-2, 6-2 in one hour and eight minutes to become the first Hungarian to claim a tour-level crown since 1982.

Following in the footsteps of countryman Balazs Taroczy, who lifted the last of his 13 titles in Hilversum, Fuscovics also assured himself of a place inside the Top 50 in the ATP Rankings for the first time. Fucsovics rose to No. 45 after his title run, becoming the first player from his country to break into the Top 50 since former World No. 12 Taroczy.

"I really love Switzerland," Fucsovics exclaimed. "Last year, I played my first ATP quarter-final in Basel and now I won my first title here, so it's really special for me. We've been working a long time for this. The last two years were very hard for me in my life, but hopefully I will have a very long career after this." 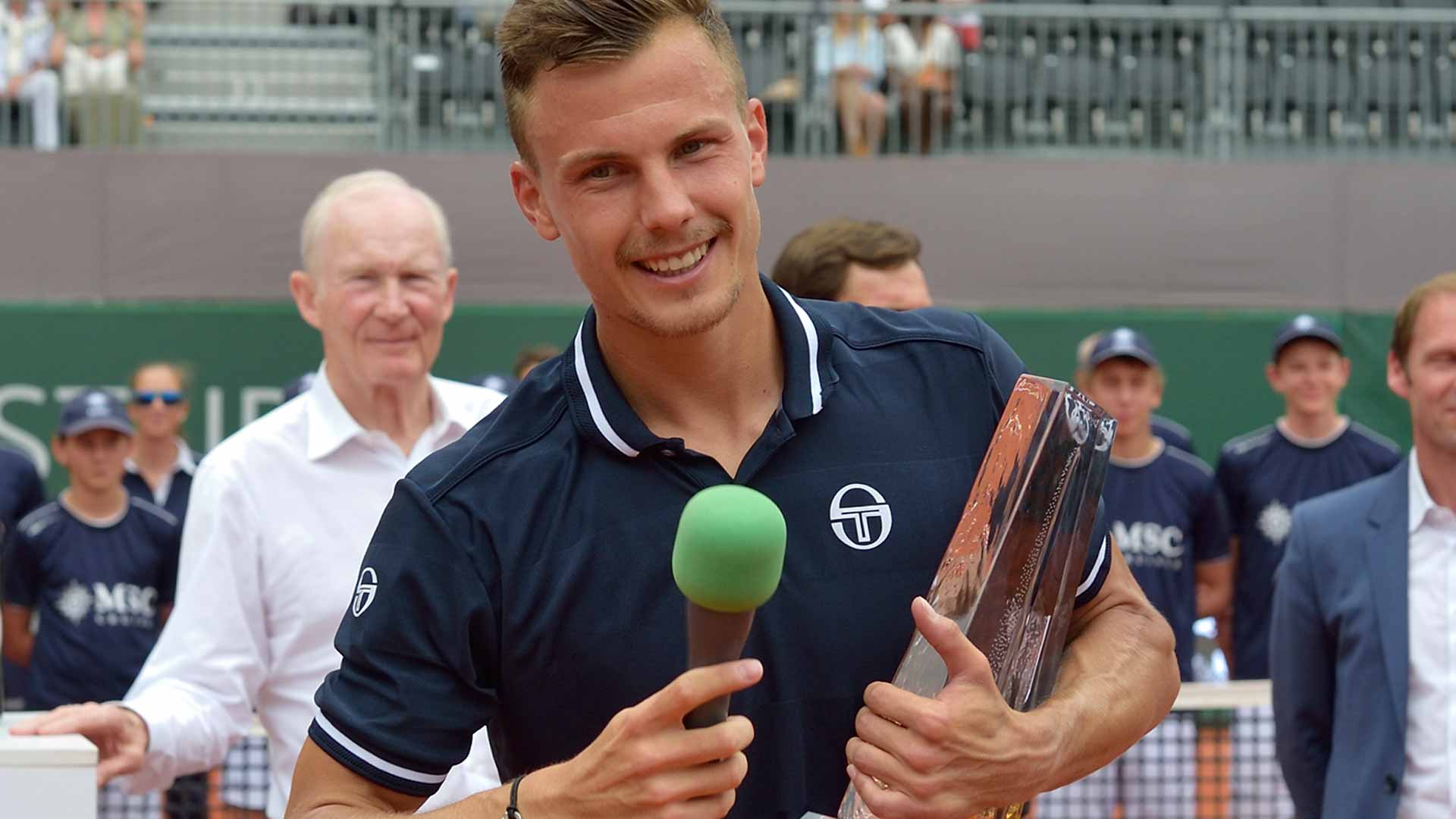