Ugo Humbert has climbed more than 200 spots in the ATP Rankings over the past 12 months.

EDITOR'S NOTE: This article was first published on 7 July 2019. Humbert is now through to the semi-finals at the Hall of Fame Open in Newport and is seeded fourth at the event. He also cracked the Top 50 of the ATP Rankings for the first time on Monday. Humbert will face top seed John Isner as he seeks his first ATP Tour final.

Ugo Humbert reached the fourth round at Wimbledon, his best result at a Grand Slam, after high-profile victories over Gael Monfils and Felix Auger-Aliassime. The rising #NextGenATP player, who plays top seed and defending champion Novak Djokovic on Monday, is guaranteed to surpass his career-high ATP Ranking of No. 61 when the newest standings are released.

ATPTour.com takes a look at five things to know about the 21-year-old Frenchman.

1. He’s Soared Up The ATP Rankings
Twelve months ago, Humbert was ranked No. 290 and playing an ITF Pro Circuit event in France. Since then, he’s won four ATP Challenger Tour titles and finished runner-up in three others. 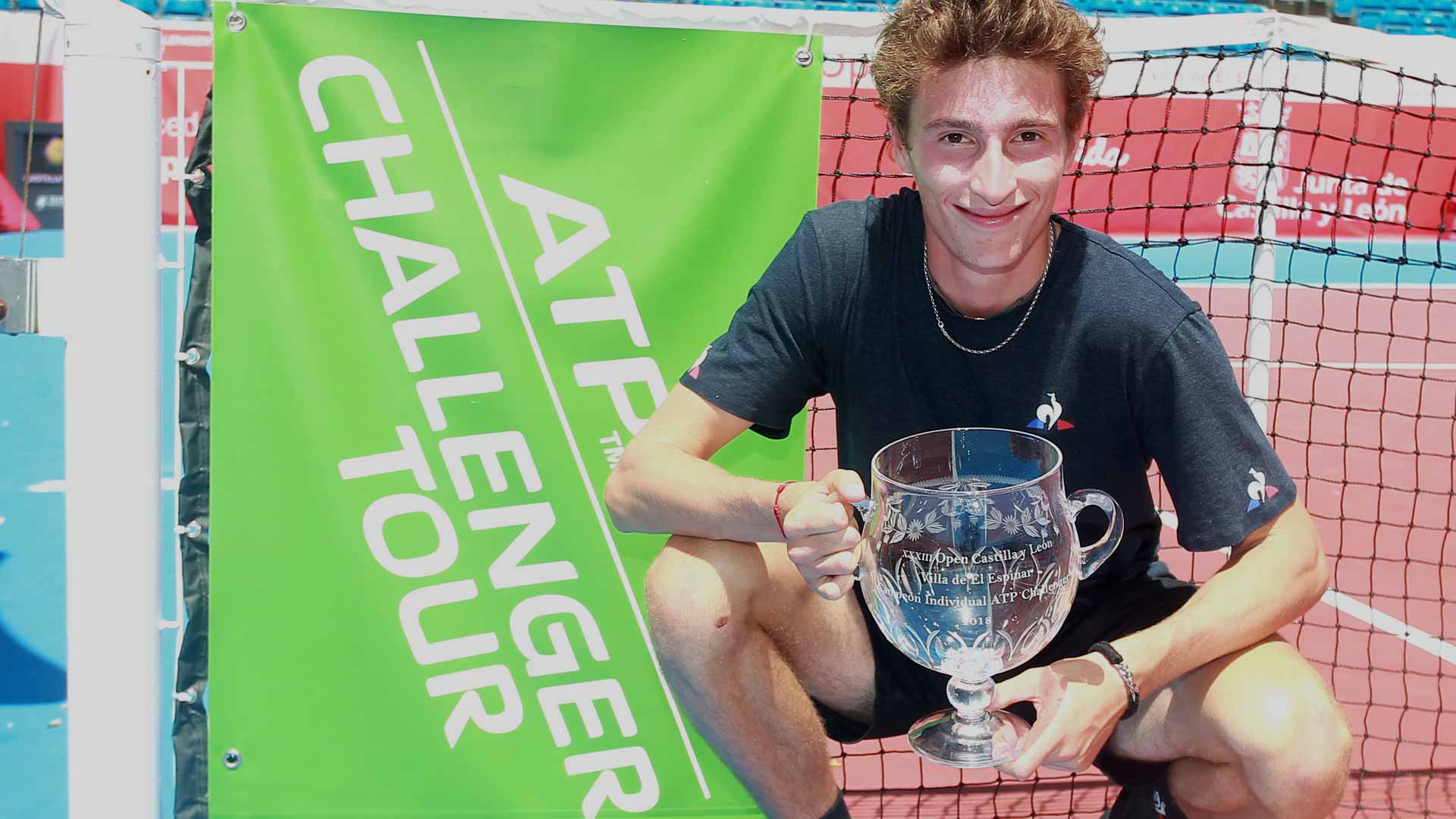 His success hasn’t been limited to Challengers, though. Humbert defeated Borna Coric en route to his maiden ATP Tour semi-final this February on home soil in Marseille.

2. Humbert Joins Rare Company This Fortnight
Prior to this season, Humbert had never played a professional match on grass. But with his grass-court run, he became the 43rd man in the Open Era to make the Round of 16 in their Wimbledon debut. Only five other players have accomplished this in the past 10 years.

Men To Reach #Wimbledon R16 On Debut In Past 10 Years

3. He Also Hits The Right Notes Off The Court
Music has been an essential part of Humbert’s life since the age of five. Playing piano has provided an outlet for the Frenchman to disconnect off the court that has ultimately benefitted his tennis.

"I love music and I play piano and guitar. It is a big part of my life,” said Humbert. "When I am at the [French Tennis] Federation, they have a piano there for me. It helps me to focus and relax, even on the court. It is important to have something like this outside of tennis."

4. He's In Contention To Qualify For Milan
Humbert looks to make his debut this year at the Next Gen ATP Finals in Milan. He currently sits at ninth place in the ATP Race to Milan, but will move into one of the seven qualifying positions if he can beat Djokovic. A loss on Monday will put him in eighth place.

5. Humbert Backs Himself Against Djokovic
Some players might be content with their best Grand Slam result and the opportunity to play Djokovic. But with his strong results this season, Humbert believes he has the game to dethrone the defending champion.

"I would like to play my game, and yes, I have the chance,”said Humbert. "If not, I'm not coming on the court.” 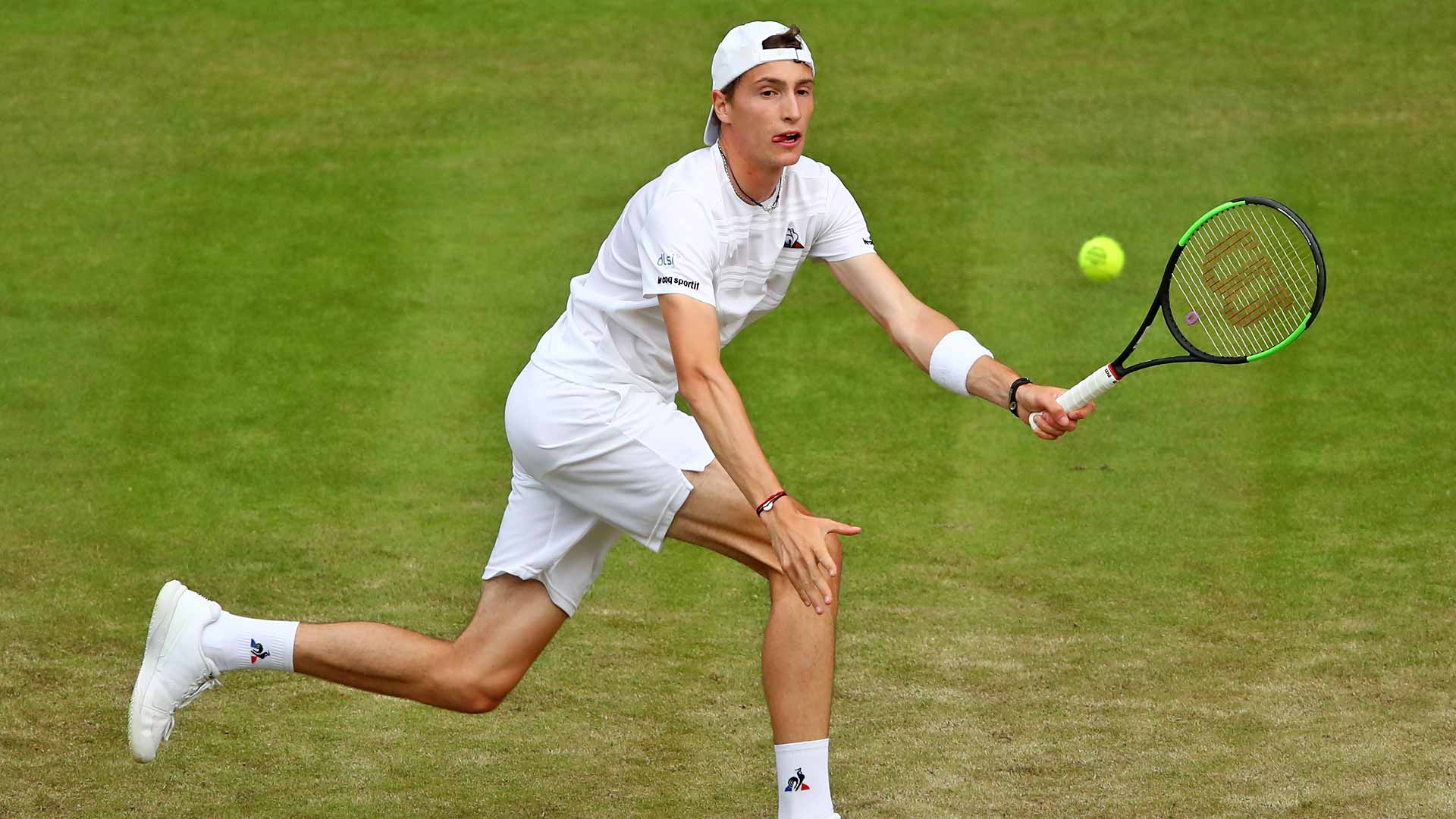