Ten In A Row! Garin Wins In Santiago To Extends Winning Streak

ATP Staff
This article contains:
Garin will play Seyboth Wild, who is into his first ATP Tour quarter-final

Top seed Cristian Garin won fewer points than his opponent, 2019 Next Gen ATP Finals competitor Alejandro Davidovich Fokina, on Thursday evening at the Chile Dove Men+Care Open. But with the Santiago fans fully behind him, the Chilean found enough to battle into the quarter-finals at his home ATP 250.

"This is a very important tournament for me. I hope I can play here every year. I want to compete well here after winning in the past two tournaments," Garin said. "I have won several matches, I have a lot of confidence. I feel the responsibility of always winning and [much] more here in Chile."

Garin lost five of his first six matches this season, but he has been on fire ever since. The 23-year-old has won six three-setters during his winning streak.

However, this was the first of those matches in which Garin won the first set. It was in the second set that the Chilean appeared in trouble, with Davidovich Fokina finding an answer for every question Garin asked him with his game. He hit two consecutive rocket-like cross-court forehands to send the clash to a decider.

But even though Davidovich Fokina showed grit to break Garin at 4-5 and 5-6, when the top seed served for the match, it was his own serve that was his undoing. The Spaniard double faulted twice in the final-set tie-break, allowing Garin to move on to the delight of his home crowd.

"The crowd’s support helped me a lot. After the second set I started to feel pain in my back. Wasn't feeling good," Garin said. "But the people's support was important. It was nice to see the crowd helping me when I came down." 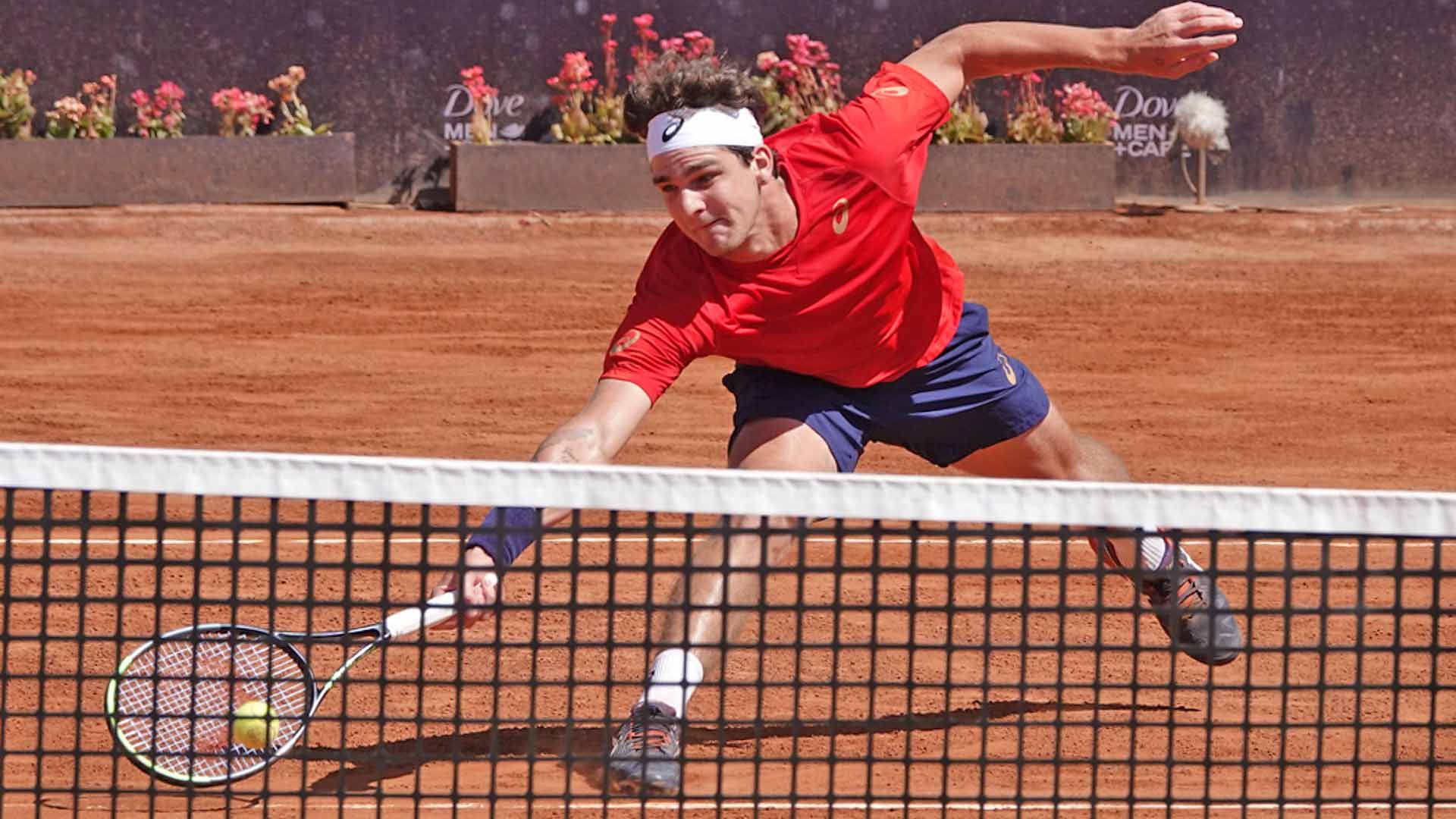 Garin's next opponent, Seyboth Wild, reached his first ATP Tour quarter-final by battling past fifth seed Juan Ignacio Londero 7-6(7), 6-4 in Santiago. Seyboth Wild began the season with one tour-level win, and he now has three in the past two weeks, after reaching the second round at the Rio Open presented by Claro.

The 19-year-old Brazilian was clutch under pressure against Londero, saving all three break points he faced. Seyboth Wild won 86 per cent of his first-serve points to triumph after one hour and 45 minutes. He wasn’t the only player from his country to reach the last eight in Santiago, though.

World No. 88 Monteiro will next challenge third seed Albert Ramos-Vinolas, who eliminated Peruvian lucky loser Juan Pablo Varillas 7-6(3), 6-2 in one hour and 39 minutes.

Ramos-Vinolas has won both of his previous ATP Head2Head meetings against Monteiro, earning three-set victories at 2017 Bastad and 2018 Quito. Ramos-Vinolas is a two-time ATP Tour titlist (both on clay), and he has reached six additional tour-level finals, including the championship match of the 2017 Rolex Monte-Carlo Masters.