Jamie Murray has taken a hands-on approach in growing the game in Scotland with the inaugural 'Murray Trophy'.

Growing The Game In Scotland With The 'Murray Trophy'

Enter the grounds of the Scotstoun Leisure Centre and one thing is immediately apparent. The passion for tennis and thirst for live action in Scotland has never waned.

Fans have filed into the modest, cozy facility in Glasgow all week for a glimpse of world-class tennis. In three of the last four years, the bustling city has hosted Davis Cup ties at the Emirates Arena. But this week, the ATP Challenger Tour has welcomed players and fans to the quaint 1,000-seat venue at Scotstoun.

The 'Murray Trophy' has arrived.

While the name itself carries great significance throughout Scotland, it's Jamie Murray who has made great strides to bring the tournament to life. Working closely to increase awareness for the game in his native land, he has played an integral role in the event's creation and development.

"It's been awesome to put on an event in Scotland," Jamie told ATPChallengerTour.com. "We have no live, professional tennis the rest of the year, so it's a great opportunity for people to get close to a big tournament. Monday morning here was already pretty busy which is great.

"There's a huge appetite for tennis in Glasgow and in Scotland. We've had some pretty big Davis Cup ties in the past. A lot of people have already come out to see us play and we've gotten some great support." 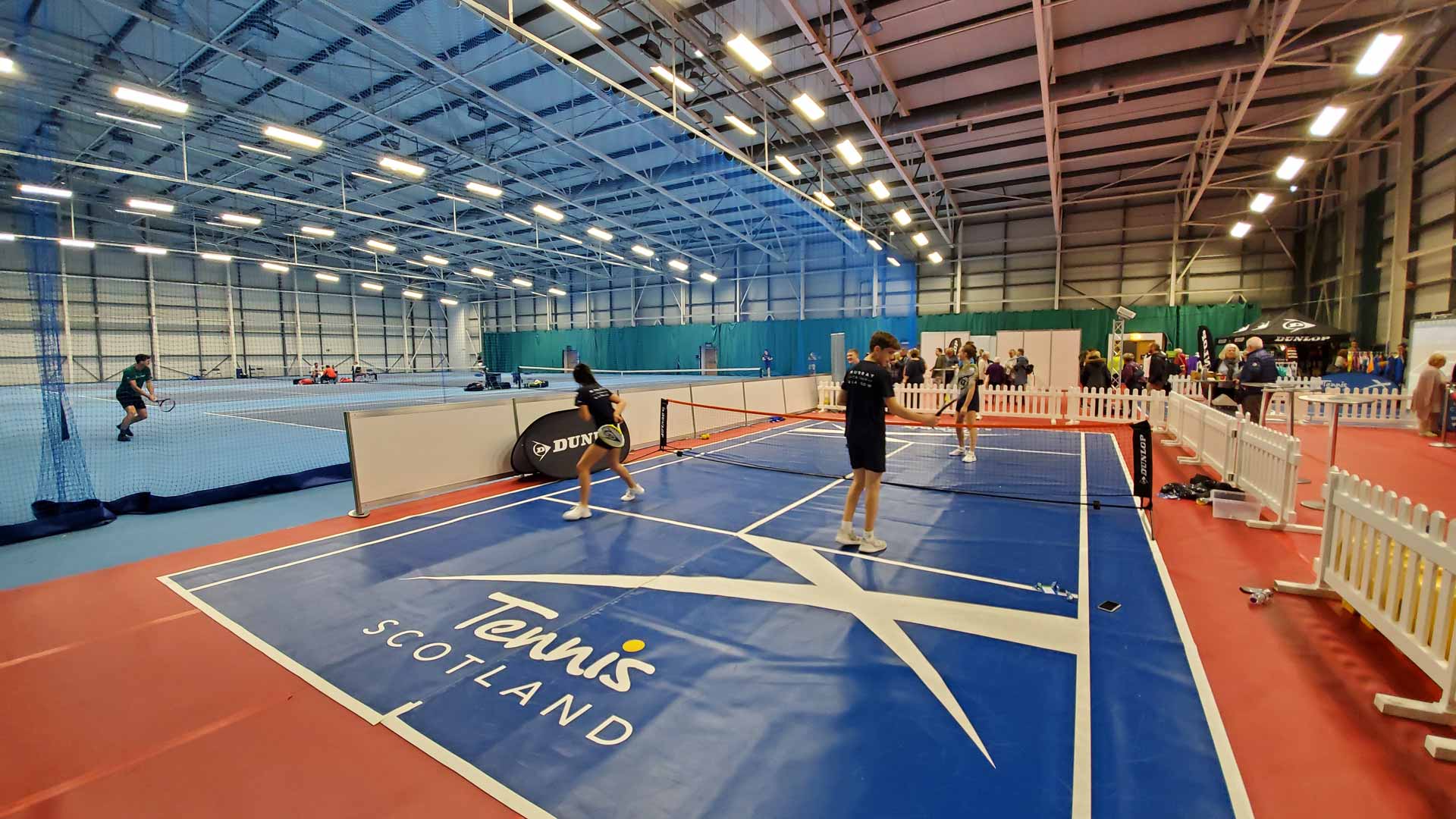 The former doubles No. 1 isn't the only active player that has taken a hands-on approach in bringing Challenger tennis to his homeland. French stalwart Jeremy Chardy celebrated the inaugural edition of the Teréga Open Pau-Pyrénées in his hometown of Pau, in February. Like Chardy, it was Murray who has been instrumental in making the dream a reality.

The 33-year-old, in conjunction with the Lawn Tennis Association and Tennis Scotland, recognised the need for an expanded presence of ATP Challenger Tour events in Great Britain. That is, additional tournaments outside of the traditional grass-court season in June and July.

Cultivating interest in the game year-round has become a top priority and Challenger tennis is the perfect way to achieve that goal. This week, fans have the ability to witness the action in an intimate setting and interact with the players in the public areas. Murray has ensured the local kids are especially involved, setting up a mini-tennis court on site, while visiting his hometown of Dunblane on Saturday, a primary school on Monday and engaging in multiple Q&As and clinics.

Glasgow's own @aidymchugh takes us on a quick tour of the cozy facilities at the #MurrayTrophy. The 19-year-old, a former Top 10 junior, will kick off his campaign on Tuesday. pic.twitter.com/Leoky3bj6K

"It's really important to have this tournament," said Farrow. "Obviously the majority of our professional events are in the summer, but what we are lacking are tournaments the rest of the year. That has been our strategy - to build up our circuit in other parts of the season where we don't traditionally have events. It gives us an opportunity to talk about the sport in September, when the conversation wouldn't typically be about tennis. This is a start for us. We're engaging with local schools and the community in Glasgow.

"With Andy and Jamie, we're talking about two of the greatest of all time. To have Jamie come here straight after winning the mixed doubles in New York and be engaged from Day 1, it's been a pleasure to work with him. To see what he's done in and around this event, and the enthusiasm he has to stimulate interest in the sport, is really encouraging."

While Murray is competing in the doubles competition, alongside John-Patrick Smith, the spectators have taken to the non-British players as well. A trio of 20 & under stars are in Glasgow and drawing crowds. Fourth seed Emil Ruusuvuori (20) of Finland, joins Spaniard Nicola Kuhn (19) and Austria's Jurij Rodionov (20) as #NextGenATP stars pushing towards the Top 100 and beyond. All three are in Friday's quarter-finals.

"This is my first time here in Glasgow and Scotland and it’s really nice," said top seed Malek Jaziri. "The people are really nice. It is very well organised and I think Jamie has made, from what I can see, a very good tournament. All the conditions are good to play good tennis. There was a good crowd for my matches and that gives the players extra motivation. It is a great event for the next generation of players."

BBC Sport are in Glasgow all week, streaming first to last ball coverage with Fleming on the call along with current doubles player Scott Clayton and Murray's coach Alan MacDonald, among others. And with 20 accredited media providing coverage, it is a full-scale production.

While this is the first edition of the Murray Trophy, it is not the first time Challenger tennis has arrived in Scotland. For six years in the late 90s and early 2000s, the city of Edinburgh hosted a tournament. Also, Glasgow held one-off events on two previous occasions - in February in 2015 and in April last year. But now, with Murray's support, it is hoping to remain a permanant fixture for years to come.