Pierre-Hugues Herbert and Nicolas Mahut will face Henri Kontinen and John Peers on Sunday for the Australian Open title.

ATP Staff
This article contains:
Kontinen/Peers triumphed in Melbourne in 2017

Frenchmen Pierre-Hugues Herbert and Nicolas Mahut are on the verge of history at the Australian Open.

The four-time Nitto ATP Finals qualifiers are just one win away from triumphing in Melbourne, but there’s even more at stake. If they defeat 12th seeds Henri Kontinen and John Peers on Sunday afternoon, Herbert/Mahut will become just the eighth team in history to complete the Career Grand Slam, winning every major as a team.

The last pair to accomplish the feat was Bob Bryan and Mike Bryan, whom the Frenchmen defeated in the quarter-finals at the year’s first major. Bryan/Bryan completed their Career Grand Slam at Wimbledon in 2006, and they have earned 16 major titles together. Before the American brothers, the most recent team to achieve history was Jacco Eltingh/Paul Haarhuis at Wimbledon in 1998.

Herbert and Mahut have a difficult task ahead of them, though, as Kontinen and Peers have twice triumphed at the Nitto ATP Finals. The Finnish-Aussie team also hold a 2-1 lead in their FedEx ATP Head2Head series against the Frenchmen. Herbert/Mahut’s lone victory came at Wimbledon in 2006, finishing it off in a third-set tie-break. 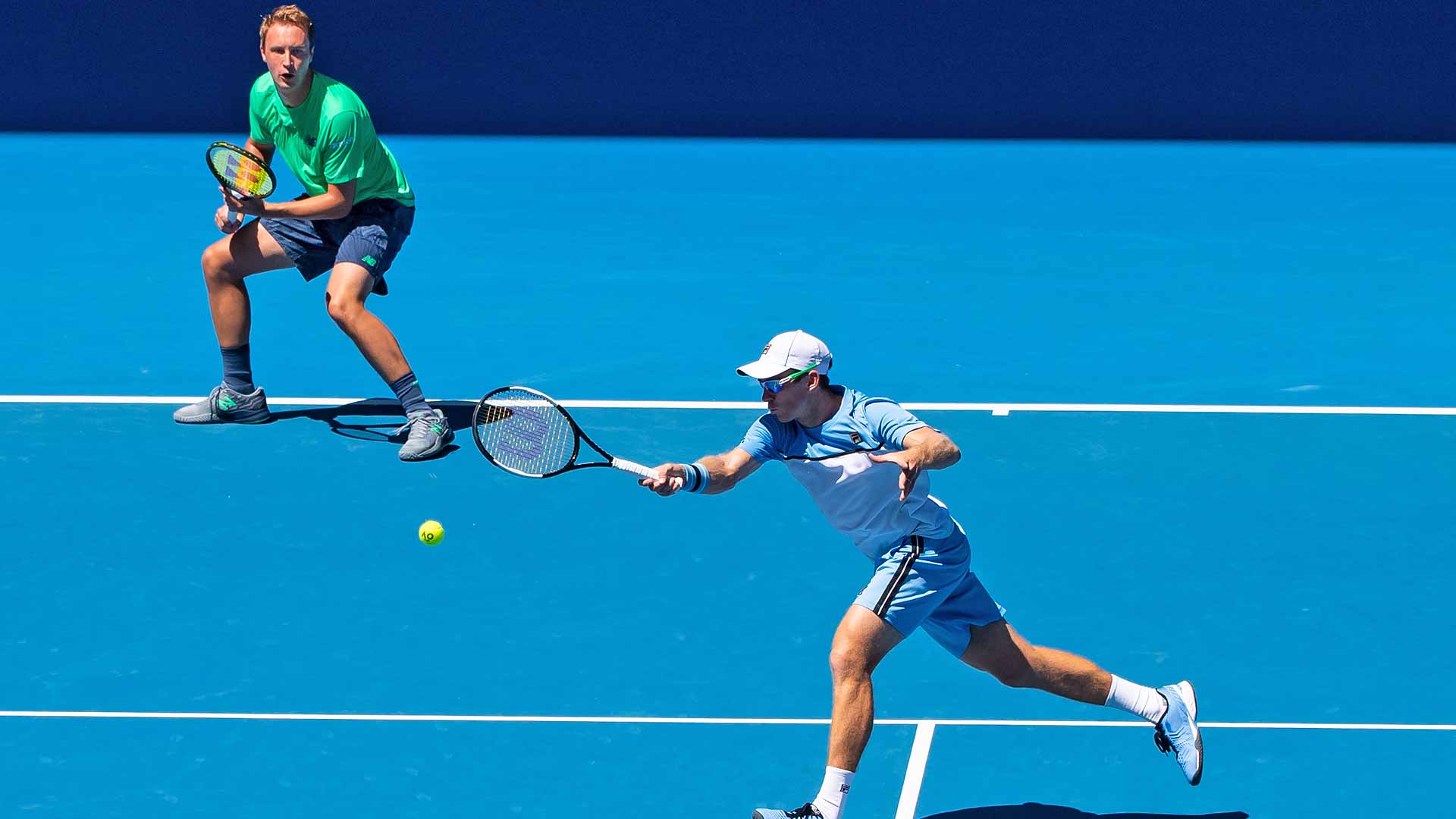 While Kontinen and Peers have been in superb form at Melbourne Park, winning all five of their matches without dropping a set, they may not have been pegged by many for a deep run at the beginning of the fortnight. The 2017 Australian Open champions arrived at the tournament having lost eight of their past nine tour-level matches together.

But they have found the form that helped them claim three ATP Masters 1000 titles as a team, moving into the final having spent just six hours and 12 minutes on court. While Kontinen is the only Finnish major champion, Peers can become the first Aussie man to lift multiple Australian Open doubles trophies since Todd Woodbridge and Mark Woodforde in 1997.

Herbert and Mahut have needed eight hours and 31 minutes to advance to the championship match, getting pushed to a third set twice. The three-time Grand Slam champions can become the second all-French Duo to triumph at the Australian Open in the Open Era, joining Michael Llodra and Fabrice Santoro.