There are achievements that can redefine the sporting landscape in a country. For small, developing nations, a breakthrough can inspire millions and signal a shift in its sporting culture. Hugo Dellien hopes that this is that moment for his native Bolivia.

On Monday, the 25-year-old made a historic Top 100 debut in the ATP Rankings, becoming just the second Bolivian to reach the milestone. Exactly 34 years after Mario Martinez first put the nation on the tennis map, Dellien followed in his countryman's footsteps.

In that span, nine of the 12 South American countries have had a representative in the Top 100. Add Bolivia to the list. Dellien ascended to a career-high No. 100 after reaching the semi-finals of the ATP Challenger Tour event in Tampere, Finland last week.

"The truth is that I'm really happy and very emotional," said Dellien. "I had surgery last year in November and I never expected 2018 to go this well. I played in my first Grand Slam qualifying at Roland Garros, won my first Challenger title and now I am in the Top 100. It's a dream. It's the dream of all the players who start playing tennis. I never expected this, but I'm very grateful for everyone who helped me get here."

With a population of more than 10 million, Bolivia has a diverse culture rich in cuisine, art, music and dance, with strong influences from its indigenous people. But the nation remains in search of a sporting icon; someone to put the country on the map on a global scale. Now, it has a tennis champion to celebrate.

"In the past year, tennis in Bolivia has grown a lot already," Dellien added. "It's been 34 years since we had someone in the Top 100. I hope that the people see this and the game continues to grow in my country."

The 5'10" Dellien may be diminutive in size, but he packs a powerful punch on the court. In April, he joined Martinez as the only Bolivians to claim an ATP Challenger Tour title with his victory in Sarasota. Two weeks later, he added a second crown in Savannah and has since notched a third on the red clay of Vicenza, Italy. Not only is Dellien the title leader on the Challenger circuit this year, he also owns 30 match wins (second-most on tour).

"It's been a mental change for me this year, but also I changed my coach and we've been working on my backhand. I'm more solid on that side. And I have more confidence hitting my forehand too. Everything is better." 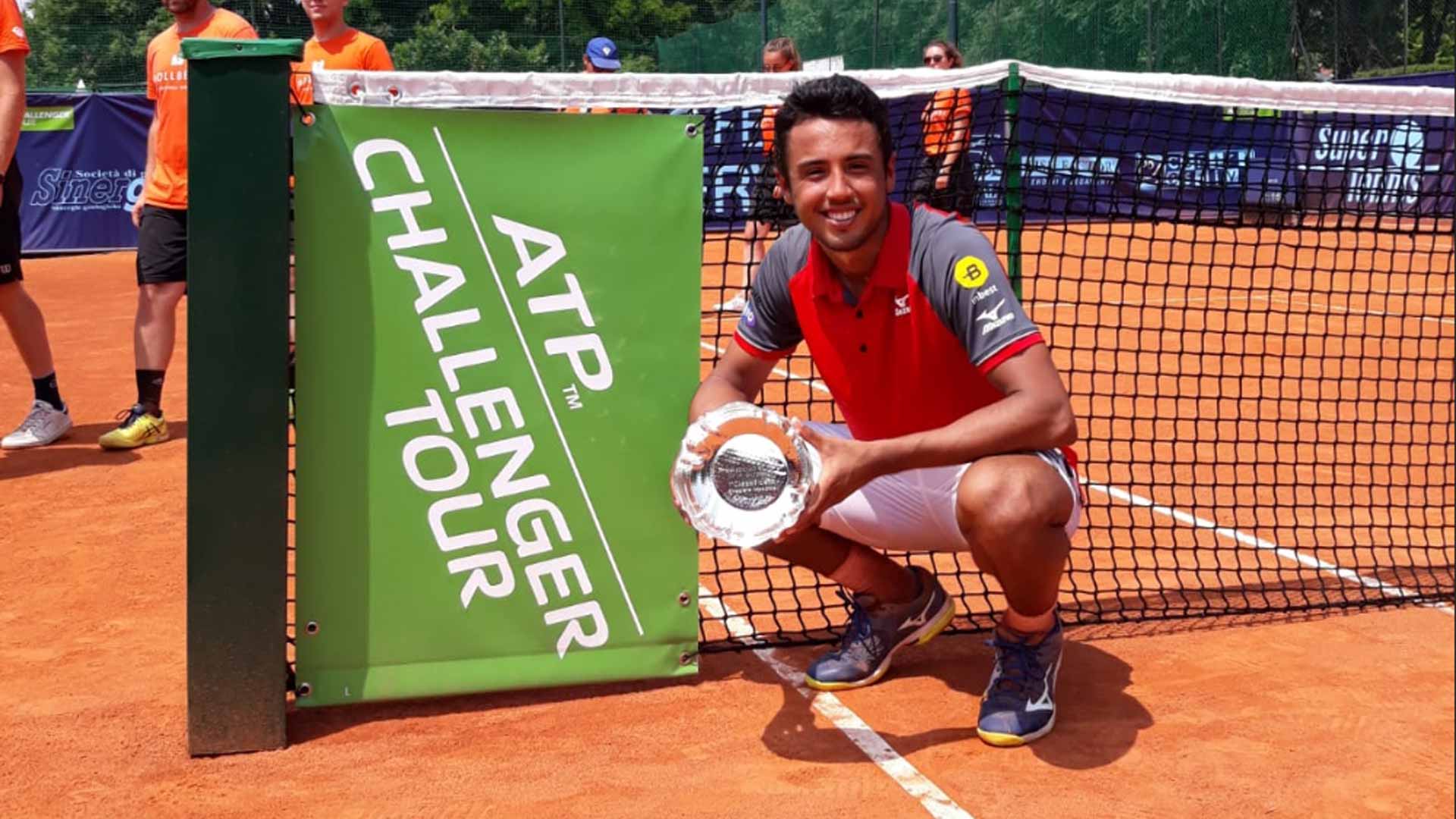