Team World captain John McEnroe swaps jerseys with Gordon Hayward of the Boston Celtics on Tuesday ahead of the 2020 Laver Cup in September.

Former World No. 1 John McEnroe visited Boston on Tuesday to announce the launch of ticket sales for the 2020 Laver Cup, to be held at TD Garden from 25-27 September. Tickets for the fourth edition of the team competition, which pits Team Europe versus Team World, will go on sale on Friday, 6 March at 10am ET.

Roger Federer has confirmed his participation for the Laver Cup, joining captain Bjorn Borg as Team Europe attempt to lift the Laver Cup for a fourth straight year. Three of the six players on each team qualify based on their FedEx ATP Ranking as of the Monday following Roland Garros, with the remaining three selected as captain’s picks and announced before the US Open.

“It’s great to visit this beautiful city of Boston,” said Team World captain McEnroe on Tuesday, “This is a phenomenal sports town and I expect fans will raise the roof for the home team. Laver Cup 2018 was unbelievably close thanks to the energy of the home crowd. I’m sure Boston will continue that tradition at TD Garden, one of the best venues in the world.

“We were leading last year in Geneva, we were so, so close. I hope all of Boston gets behind us. The home court advantage together with our incredible team spirit and phenomenal players could be the magic ingredient that takes down our Team Europe opponents.”

McEnroe was welcomed to the city by Mayor Martin J. Walsh ahead of the Boston Celtics game against the Brooklyn Nets, that he watched from the front row at TD Garden. Earlier in the day he swapped jerseys with basketball player Gordon Hayward.

"It's great to have the Laver Cup come to Boston," said Mayor Martin J. Walsh. "We are a competitive city that loves sports, and I'm excited that local tennis fans will get to live this experience in their city, alongside all the visiting fans that we're excited to welcome to Boston." 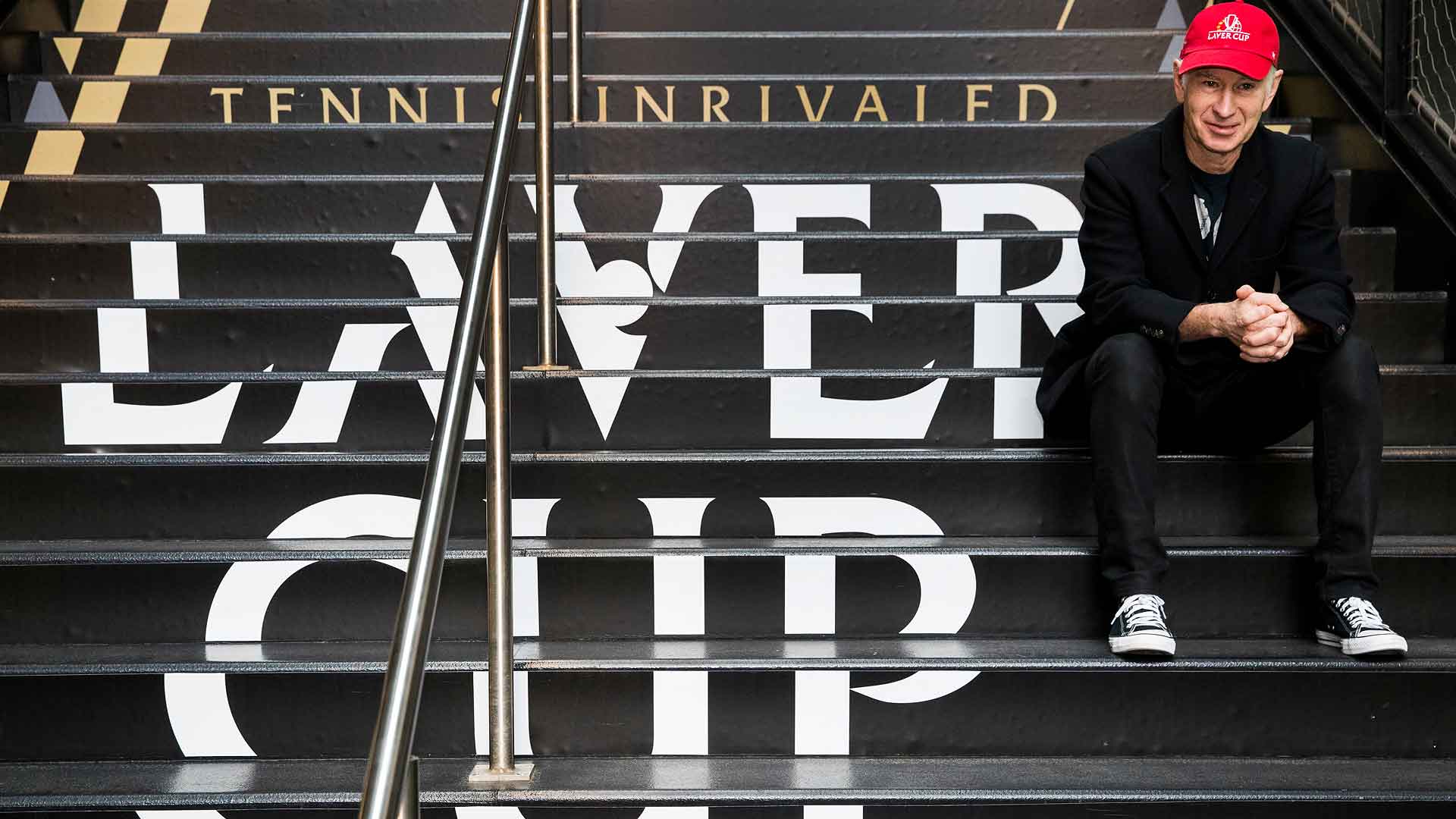 McEnroe took in the sights of Boston before arriving at TD Garden. McEnroe’s visit to TD Garden coincided with the 40th anniversary of him first rising to No. 1 in the FedEx ATP Rankings on 3 March 1980.

“Boston is an incredible city and has rightly earned the name ‘City of Champions,’” said McEnroe, who was presented with a personalised basketball jersey from Boston Celtics forward Gordon Hayward. Ice hockey, football, baseball, basketball and now tennis with the Laver Cup. Boston deserves the best that tennis has to offer. International team tennis started here way back at Longwood, it’s fitting that the Laver Cup will take centre stage in September.”

Laver Cup Chairman, Tony Godsick, joined McEnroe at the game. “It is fantastic to be at the historic and beautiful TD Garden with John to officially announce the ticket on sale date. And how fitting it falls on the anniversary of John first ascending to the No. 1 ranking in the world.”

The last professional tennis tournament held in Boston was in 1999, when former World No. 1 Marat Safin defeated Greg Rusedski for the ATP Tour title.

The Laver Cup is a three-day event, created to honour the career of Australian tennis legend Rod Laver, who won the calendar-year Grand Slam in 1962 and 1969.