Michael Mmoh is closing in on a spot at the 2018 Next Gen ATP Finals in Milan.

From Riyadh To Bradenton To Milan? Mmoh's Journey Speeds Up

Jonathon Braden
This article contains:
20-year-old American has won back-to-back ATP Challenger Tour titles and is changing his style to play the best tennis of his career

In his adopted home of the United States, #NextGenATP Michael Mmoh plays exactly the type of point legendary coach Nick Bollettieri, the man who helped launch his professional career, would want him to play.

Mmoh delivers a big serve at the body, follows with two heavy forehands, and ends the point with a forehand touch volley against Leonardo Mayer at the Western & Southern Open in Cincinnati. Mmoh would eventually lose the first-round match, but for the 20-year-old, playing in his second ATP World Tour Masters 1000 tournament of the year marks progress.

Mmoh experienced wild success as a junior, winning titles that drew the attention of Bollettieri and presented Mmoh the opportunity to move from Saudi Arabia to the United States when he was only 13. His big game and athletic ability helped him dominate.

“I think the big thing about Michael Mmoh was his size... And he liked hitting the crap out of the ball, and I liked that,” Bollettieri told ATPWorldTour.com.

But as Mmoh has progressed to the ATP World Tour and routinely faced men his size, he has struggled to rapidly adapt his game to the next level. His peers and fellow Next Gen ATP Finals contenders, meanwhile, have reached championship matches or won ATP World Tour titles.

“I say this in a good way: He's behind the curve, compared to some of the others, like Frances [Tiafoe] and Taylor Fritz, who are doing great,” Glenn Weiner, one of Mmoh's coaches, told ATPWorldTour.com. “I'm encouraged that Michael is a little behind the curve because if things are done right, he can have this burst... It's there to be had.”

Mmoh might be in the beginning of that burst right now. The 20-year-old has won back-to-back ATP Challenger Tour titles in Columbus and Tiburon, and, on Monday, 1 October, debuted inside the Top 100 of the ATP Rankings at No. 96.

Mmoh, who has spent most of his life adapting in one way or another, seems ready to change once more so he can join Tiafoe and Fritz – the leaders of the next generation of young American talent – and realise the potential he first showed his father as a 6-year-old in the middle of the night in Riyadh.

Tony Mmoh had no idea what had happened. He remembered locking the door when he went to bed at about 1 a.m., yet somehow the front door to the family's home in Riyadh was wide open at 6 a.m. At the time, Michael was aged only six, and he, along with his father and stepmother, were living in a compound with other international families.

It happened six or seven times: He'd wake up to a front door ajar, worry, then quiz Michael and hear a confession from his son, who was named after Michael Jordan, about playing basketball or hitting tennis balls against a wall. Tony Mmoh said he knew then that his son would play sports. Years earlier he had an inkling as well, when he was on the court with one of Michael's older sisters, Antoinette, and eight-month-old Michael twice stopped a ball rolling towards him.

“I was like, 'No, that can't be. What eye-hand coordination!'” Tony Mmoh remembered.

He had the credentials to judge athletic skills. Tony Mmoh, who grew up in Nigeria, reached No. 105 in the ATP Rankings in 1987 and played for the Nigerian Davis Cup team and later captained the Saudi Arabia Davis Cup team.

Despite that experience, however, as his youngest child showed an interest in tennis, Tony was weary of coaching him. Antoinette was once a highly-ranked junior but quit during her teens because of burnout and too much perceived pressure.

So Dad, after establishing a tennis base with Michael, let Tawfiq Moafa, a former tennis student of his, do the coaching, although Dad still occasionally stepped on court with his son.

“I wanted to make sure tennis was something he actually wanted to do,” Tony Mmoh said.

Watch: Get To Know Mmoh

It wasn't long, however, before Michael had outgrown all the tennis Saudi Arabia had to offer. By the age of nine, he was entering 18-and-under tournaments and men's open's divisions. Years later, he and his father would travel to Germany, Egypt, Morocco, Tunisia, among elsewhere, to play alongside the likes of Alexander Zverev and Andrey Rublev in Tennis Europe events.

It was in the U.S., though, where Michael Mmoh launched his tennis career. As a 12-year-old in Florida, he made the finals of the Eddie Herr International Junior Championships and, two weeks later, won the Junior Orange Bowl International Tennis Championships, catching the attention of Bollettieri, the former coach of 10 World No. 1s, including Andre Agassi, Jim Courier and Boris Becker.

Bollettieri had seen Mmoh's talent during a recent camp in Florida, and watching the 12-year-old back beat some of the world's best juniors reassured the legendary coach. He offered Mmoh a scholarship to join his program at IMG Academy, and, after months of deliberation, Mmoh accepted, saying goodbye to his parents as an 13-year-old to live in a Bradenton, Florida, dorm 7,500 miles away from home.

His parents visited every couple of months, and if he had a big tournament in Europe or in the United States, they'd try to come as well. But most of the time, it was teen-aged Michael fending for himself.

Weiner, who previously coached Kei Nishikori for three years, started working with Mmoh when he was 15. He remembers a big, athletic kid who could could hit cannons for serves and overpower his peers. But Mmoh could also chase down every ball, and sometimes to his detriment.

“What ended up happening is he used his athleticism in the wrong way, to get a ton of balls back and create these wonderful cool-looking rallies, but almost not developing his aggressive game because it came easy. He would just serve big and get a free point out of it,” Weiner said.

At 5-5 in the third, Mmoh tended to revert back to his old style – standing closer to the fence and chasing down balls. Bollettieri also remembers Mmoh becoming easily distracted on court.

In February, however, the old Michael Mmoh flared up in the quarter-finals of the ATP Challenger Tour event in San Francisco. He and Miomir Kecmanovic of Serbia split two tie-break sets, and Mmoh started serving in the third.

The American encountered two problems, though. He lost the first point of the set, and he played it exactly the wrong way – hugging the baseline instead of crowding the net.

The match spiralled out of control. Mmoh started talking to himself, complaining about how Kecmanovic hunts down every ball. He lost six of the next seven games and the match, 7-6(3), 6-7(4), 6-1.

“I have to show him the video after the match, and say, 'I understand [Kecmanovic] ran down a lot of balls, [but] this is the right way to play. So you're complaining about the wrong thing. You should be mad at yourself for not playing the right strategy,'” Weiner said.

In Miami, Mmoh qualified and beat then-No. 15 Roberto Bautista Agut of Spain to make the third round of the Masters 1000 event. But against reigning Next Gen ATP Finals champion Hyeon Chung of South Korea, Mmoh sagged behind the baseline, and Chung, one of the best aggressive baseliners in tennis, exposed the faulty strategy, dominating 6-1, 6-1.

Watching Mmoh, who's long been bigger than his opponents, it's easy to see what excited Bollettieri nearly 10 years ago. The broad-shouldered 20-year-old, who stands 6'2” and weighs nearly 200 pounds, sometimes looks more like a football defender sprinting around the pitch than a tennis player darting between the lines. Mmoh sometimes outweighs his opponents with 20, 30 pounds of muscle.

Which, of course, is why his coaches have long encouraged him to dictate play with his serve and forehand and charge the net whenever possible.

“It's been a pretty long, tough process, to get him more and more aggressive, kind of teach him how to be more aggressive,” Weiner said. “But he's 20. If everyone figured it out at 17, 18, 19, 20, they'd all be Top 20 in the world. There's been a few who do do it, like Hewitt, Rafa, a lot of these guys who are ahead of their time both physically and mentally, but that's the thing... So many of these kids, some are ahead physically and some are ahead mentally, and they've got to keep putting in those hours to figure it out.”

To Mmoh's credit, he is gradually changing his game, as he showed in Brisbane, Miami and Cincinnati. He also recently showed glimpses of his new style in Columbus and Tiburon, where Mmoh won his third and fourth ATP Challenger Tour titles, respectively.

Changing, though, hasn't been easy. The old formula worked for years, but now Mmoh has to find a new recipe to win consistently on the ATP World Tour.

“It's tough to play for 45 points or whatever and you have to do that,” Mmoh said. “It's not just a mental switch; it's a process.” 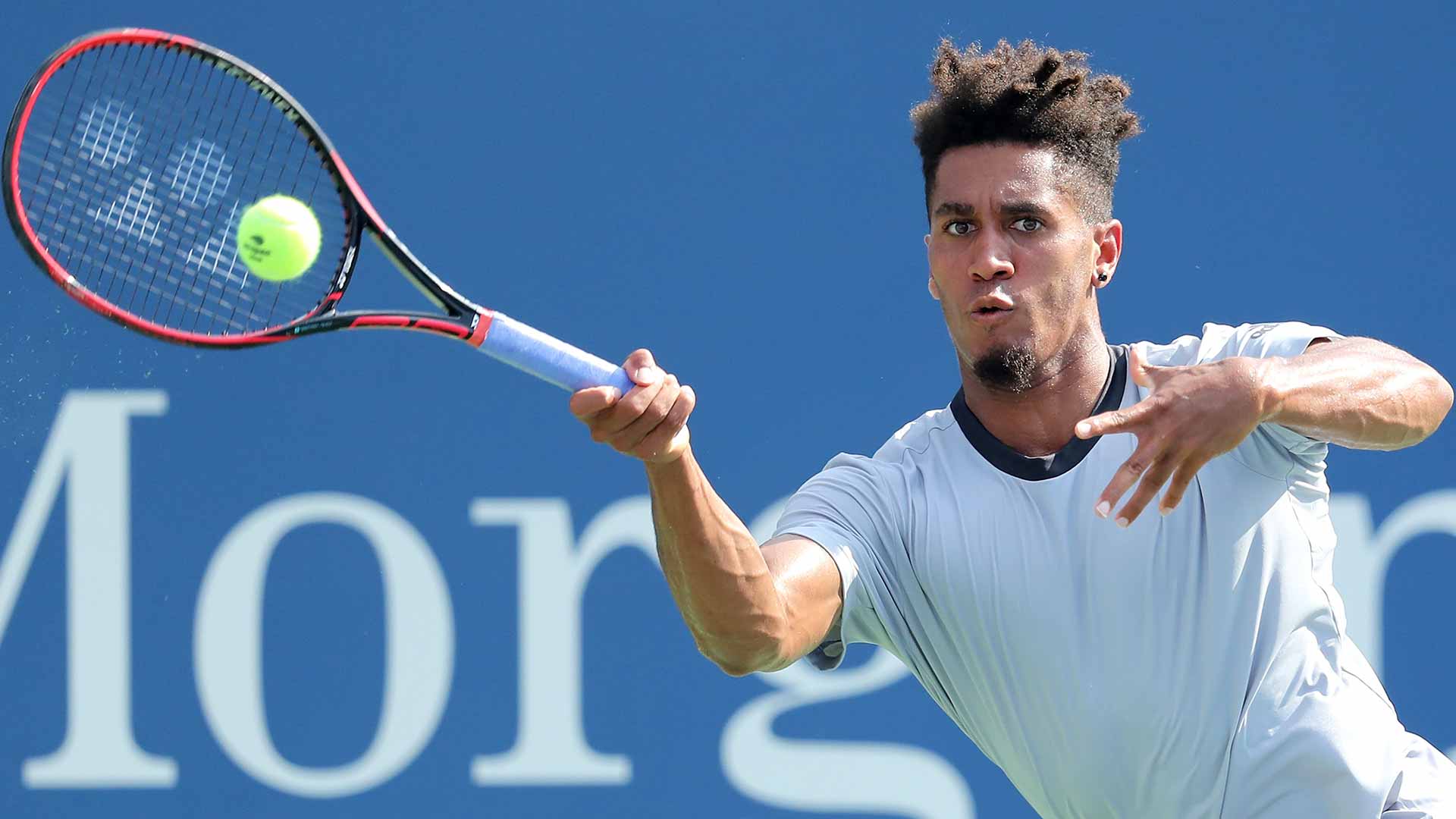 He has a new traveling coach, German tour veteran Alexander Waske, who's helping him become more attacking and more professional. Waske played on the ATP World Tour, reaching a career-high of No. 16 in the ATP Doubles Rankings (on 30 April 2007).

When Weiner decided to travel less but still work with Mmoh in Florida, he helped setup the new partnership, and Mmoh, a citizen of three countries – the United States in addition to Ireland and Australia, through his mother, Geraldine O'Reilly – was open to working with a German coach, an unconventional partnership for a young American.

Waske describes himself as “on time, organized, structured, disciplined” and is rubbing off on Mmoh.

The American used to never think about when he needed to eat breakfast to make sure he properly digested it before practice or matches. Often, Mmoh would scarf down his go-to first meal of the day – three scrambled eggs, Honey Nut Cheerios with two per cent milk and plain toast – 10 minutes before practice.

But with Waske on his team, over the past four months, Mmoh has tried to sit down and eat at least an hour before he takes the court. That change, along with numerous other tweaks, has Waske encouraged about Mmoh's future.

Or, as Bollettieri put it, “His mind is catching up to his athletic ability.” 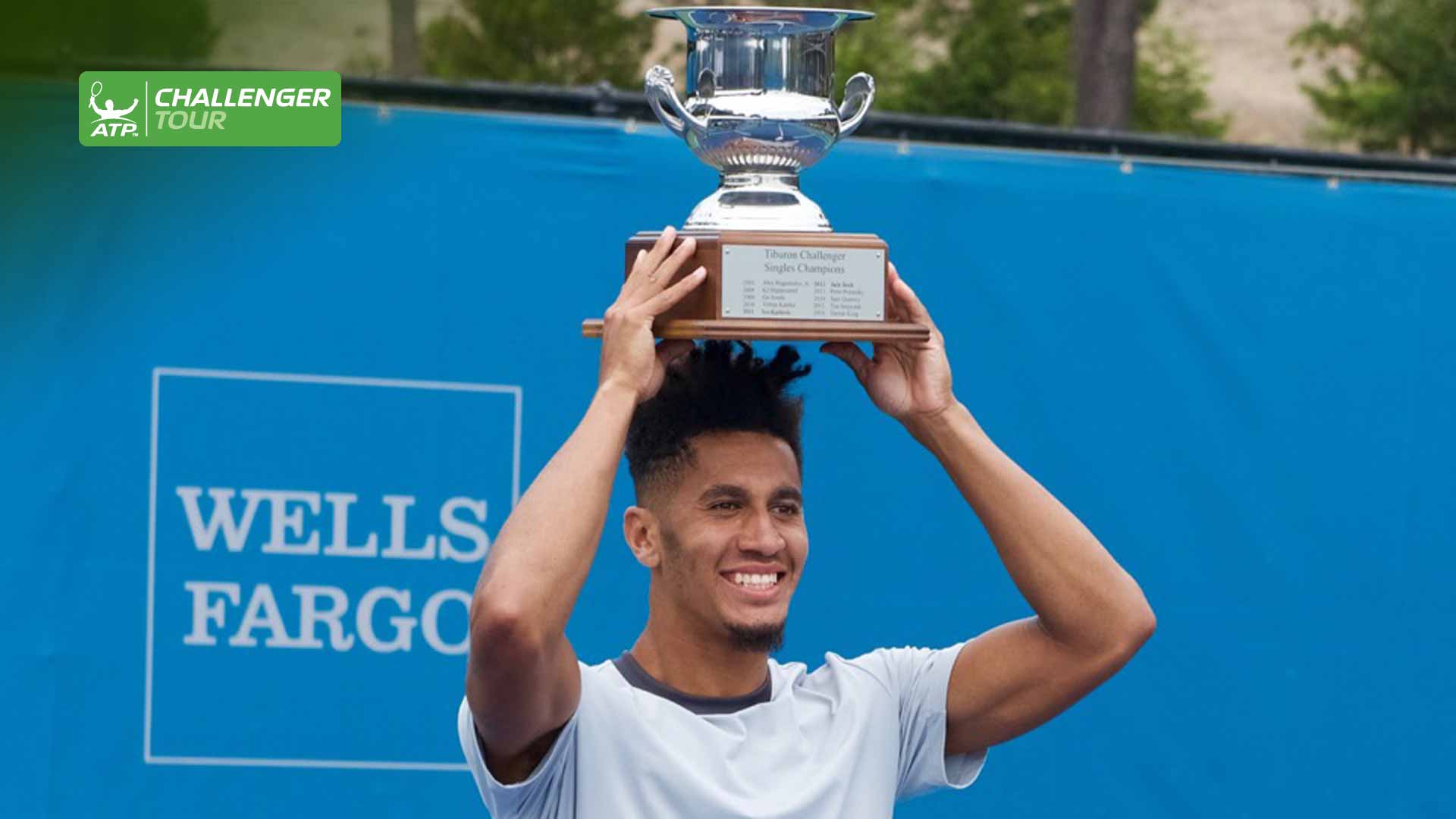 Mmoh is currently in ninth place in the ATP Race To Milan. The top seven qualify automatically for the Next Gen ATP Finals, while the eighth spot will be reserved for the winner of an all-Italian qualifier tournament to be held just prior to the 21-and-under event, which will take place 6-10 November in Milan.

Mmoh trails the seventh-placed Andrey Rublev of Russia by 147 points. Two weeks ago, Mmoh was in 15th place and 317 points behind Rublev. “I would love to be in there, be in the mix of the NextGens,” Mmoh said.

He is familiar with comebacks. Before he moved to Florida, before he was one of a number of up-and-coming Americans, Mmoh fell behind a set in the Junior Orange Bowl final to Korea's Chan-Yeong Oh. But the 12-year-old fought back 3-6, 6-1, 6-2 to win the title that helped bring him to the United States and let him dream of becoming an ATP World Tour pro.

The fact that other #NextGenATP players have risen faster than Mmoh so far doesn't bother him. He is well aware that the path to tennis success can be a long journey.