Rafael Nadal’s first two titles at the Abierto Mexicano Telcel presentado por HSBC (2005, 2013) were clinched on red clay. On Saturday, the top-seeded Spaniard completed his Acapulco hat trick on a hard court with a convincing 6-3, 6-2 victory against American Taylor Fritz.

”I couldn’t be happier. I played a great event from the beginning to the end,” Nadal said. “Acapulco was the first big title that I won in my career, so to be able to stay here after 15 years is amazing. I can’t thank enough the people who make me feel at home every single time." 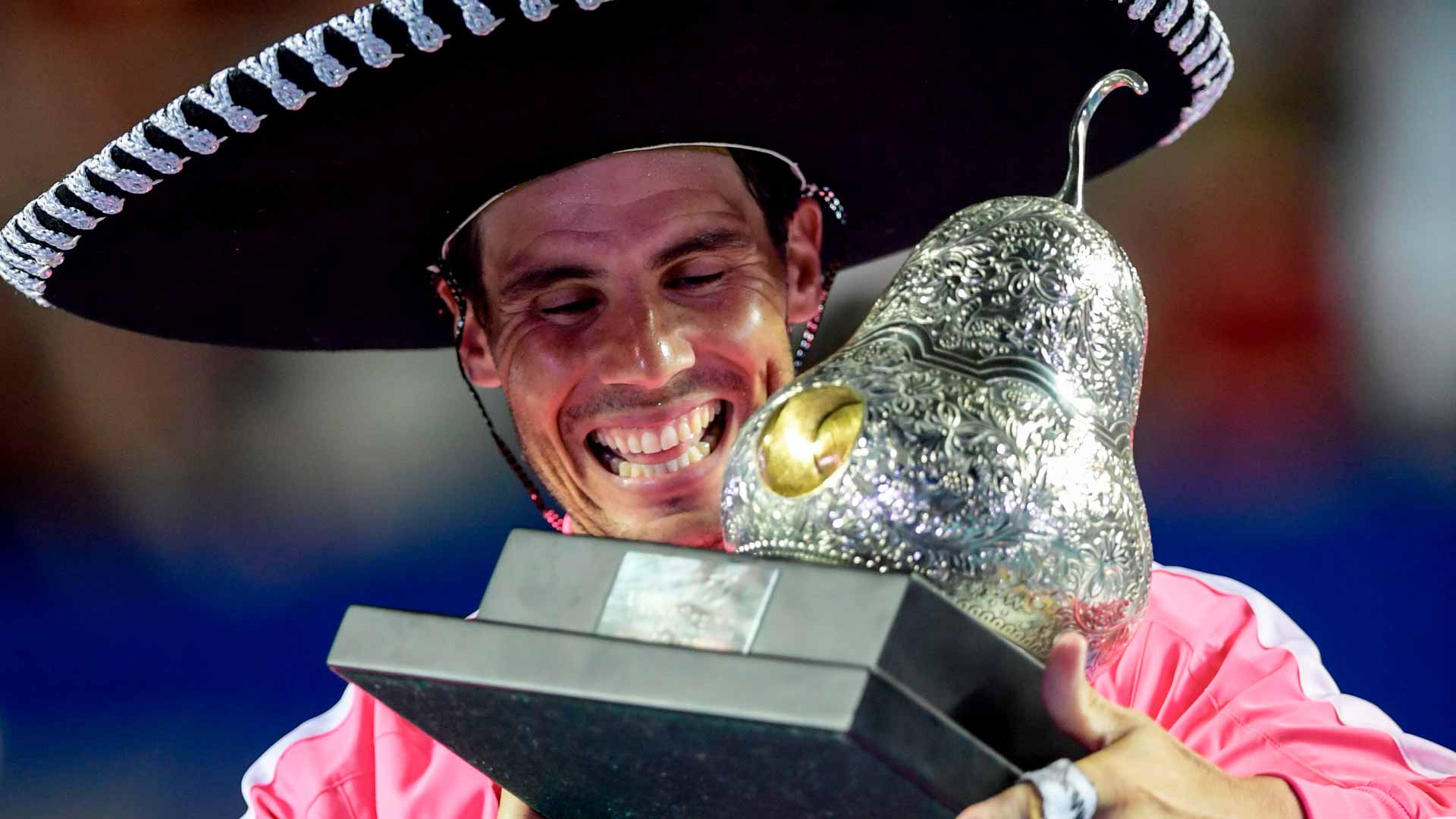 Nadal secured his 85th tour-level singles title and his first of the season. He stormed through the draw without dropping a set and lost an average of five games per match. Nadal moved to 20-2 in Acapulco, joining David Ferrer and Thomas Muster as the only players to win at least three singles titles at this event.

”After not competing since Australia, it’s an important week for me and an important moment,” Nadal said. “I played solid, with the right intensity and the right passion, and my forehand worked well.

“This title doesn’t mean that I will have a great season. It means another good start of the season for me. It gives me confidence, allows me to be in a privileged position in the ATP Race [To London]. At the end of the day, I’m still competing for these feelings that I am having right now. Regardless of the result, I am always happy after playing here. Now imagine how I am after getting the title!”

You May Also Like: Djokovic Lifts Fifth Dubai Title

Despite the loss, Fritz can be pleased with reaching his fifth ATP Tour final (1-4) and his first at an ATP 500 event. He and 2017 champion Sam Querrey are the only Americans to reach the singles final in tournament history. The 22-year-old will move to a new career-high FedEx ATP Ranking of No. 24 on Monday.

”He’s one of the best players to ever play the game and he showed me why that is tonight,” Fritz said. “This is one of my favourite tournaments to come to every year. I’m just glad that I could have a good week at one of my favourite events. I felt a lot of love all week.

"You always wish you could win, but I still have to take positives out of this week. It was an honour to step on the court with Rafa. I've played Roger and Novak, the other two people I watched when I was a kid. To play with Rafa, who I've watched since I was a kid, it's pretty crazy when you step back to think about it."

Both players exchanged service holds throughout most of the first set. But while Nadal exhibited flawless serving and only dropped three points on serve during the set (20/23), Fritz found himself battling in nearly all of his service games.

With Fritz serving at 3-4, the American finally caved to Nadal’s relentless pressure. As the Spaniard scampered around the baseline and tracked down balls that would be winners against most players, Fritz began to overcook his shots. He hit a pair of forehand errors to hand Nadal a break and the top seed clinched the early advantage in the next game with a forehand winner.

Nadal continued to pour it on in the second set, breaking Fritz at 2-2 as the American’s frustrations began to boil over. The 22-year-old earned his lone opportunity on Nadal’s serve with a break point in the next game, but it was promptly removed by the Spaniard with a forehand winner.

Another aggressive forehand from Nadal at 4-2 gave him an insurance break and a big serve on his first championship point ended play after 75 minutes. The top seed finished the night with 14 winners to just eight unforced errors.