Rafael Nadal wins 28 of his 33 net points against Stefanos Tsitsipas at the Nitto ATP Finals.

This article contains:
Learn what tactics the Spaniard changed on Friday

When rallies go longer, that usually plays into Rafael Nadal's hands. But that was not the case on Friday at the Nitto ATP Finals. So in a must-win situation in his final Group Andre Agassi match against Stefanos Tsitsipas, Nadal turned on the aggression to defeat the Greek 6-7(4), 6-4, 7-5.

According to Infosys ATP Scores & Stats Analysis, Nadal won rallies that lasted eight or fewer shots 95-84, while Tsitsipas won points that lasted longer than that 18-14.

The key was the fourth shot of the rally, with points ending on that ball 19 times. Nadal won 14 of those 19 points. 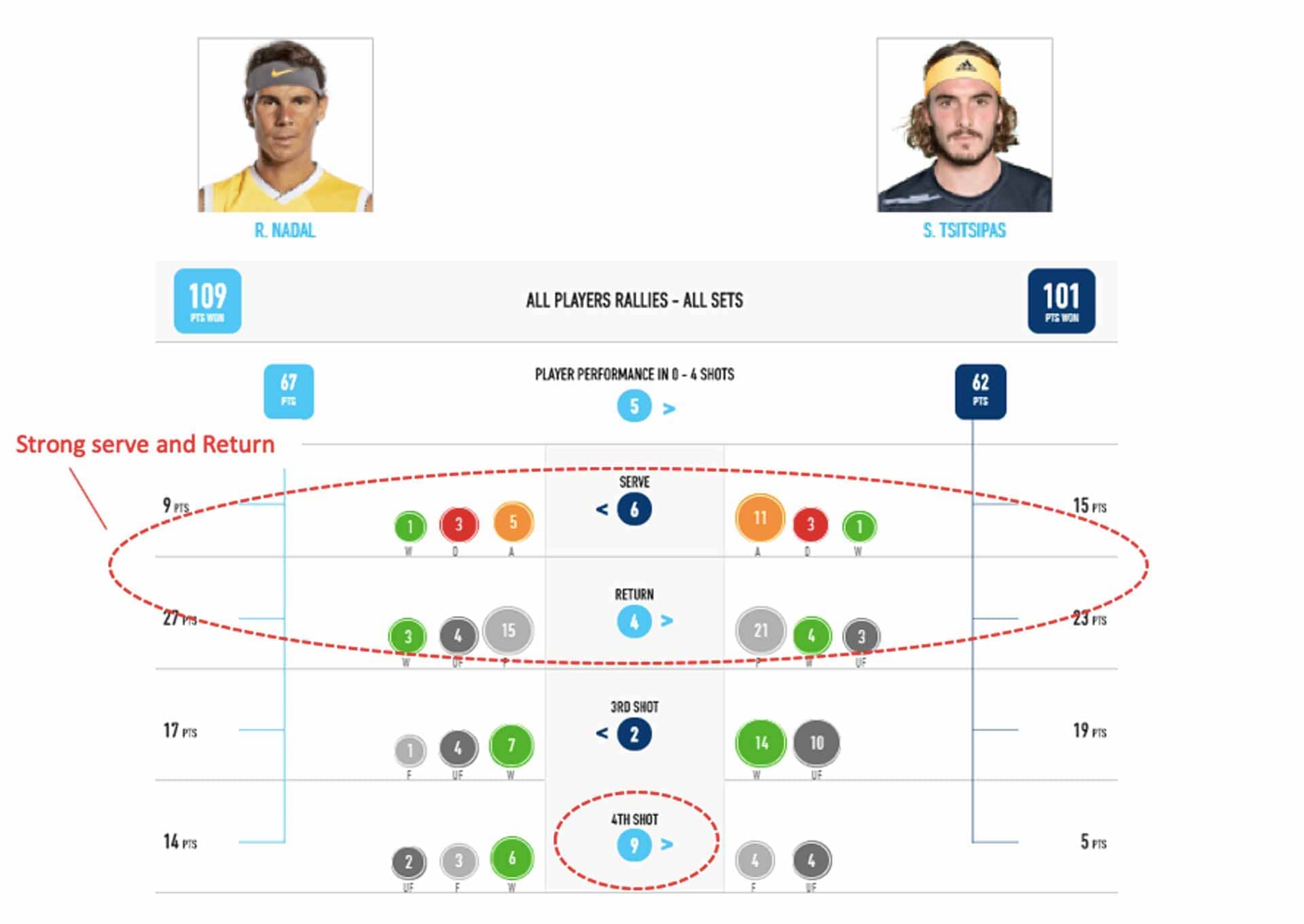 The Spaniard, who will finish atop the year-end ATP Rankings for the fifth time, hit both his forehand and backhand quicker than Tsitsipas on average. He also found his way into longer rallies when it came to crunch time in the third set, winning four of seven points that lasted nine or more shots in the deciding set, including an 18-ball rally at deuce at 5-5, which gave Nadal the break point that he used to earn the deciding break in the match.

According to Hawkeye, the lefty made it a point to step into the court on the forehand side, hitting 34 per cent of his forehands from inside the baseline compared to 27 per cent for Tsitsipas. Nadal also came into net more often than the Greek, and won a higher rate of those points.

The top seed was successful on 85 per cent of his net approaches (28/33). Even though Tsitsipas also was efficient when he came forward, he won the point only 69 per cent of the time (18/26). 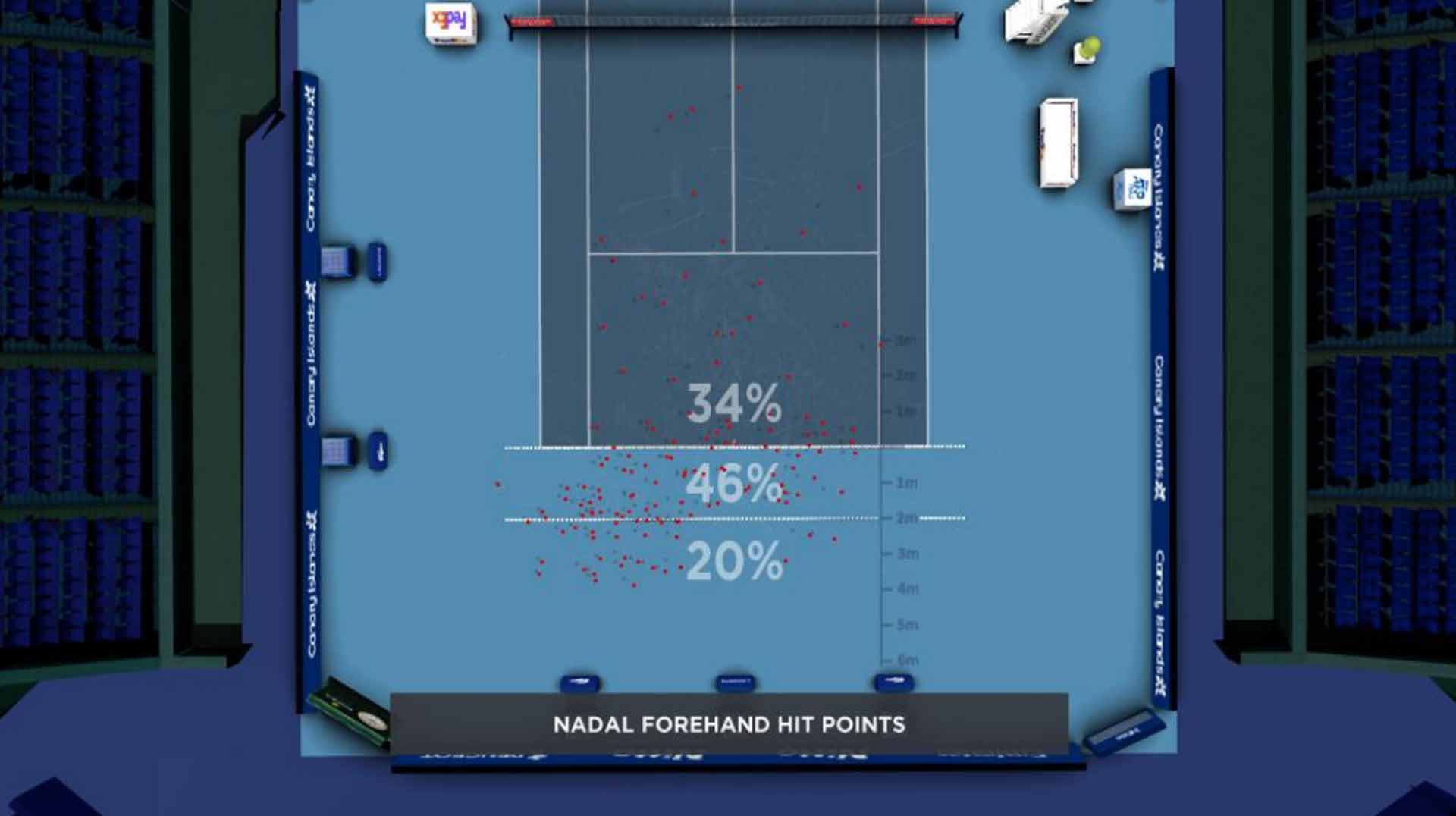 Nadal used different tactics against Tsitsipas than he did against Daniil Medvedev on Wednesday. The 84-time tour-level titlist targeted Tsitsipas' backhand, especially with his own backhand. While Tsitsipas was content to rally crosscourt against Nadal's forehand in the ad court, the Spaniard was not. He took his backhand down the line 44 per cent of the time to force Tsitsipas to hit his own backhand.

Against Medvedev, Nadal went crosscourt most often on the backhand side, doing so at a rate of 46 per cent. 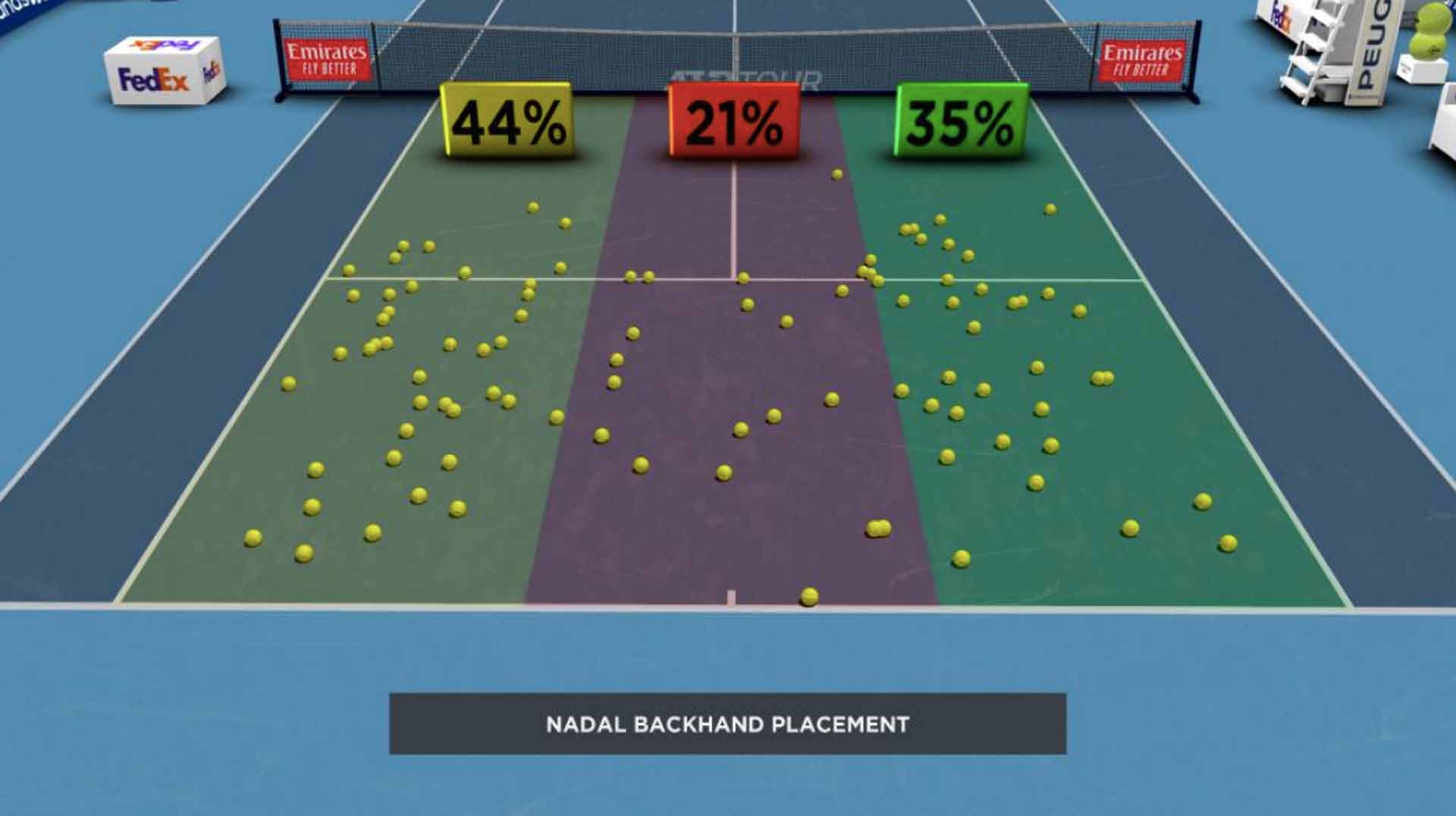 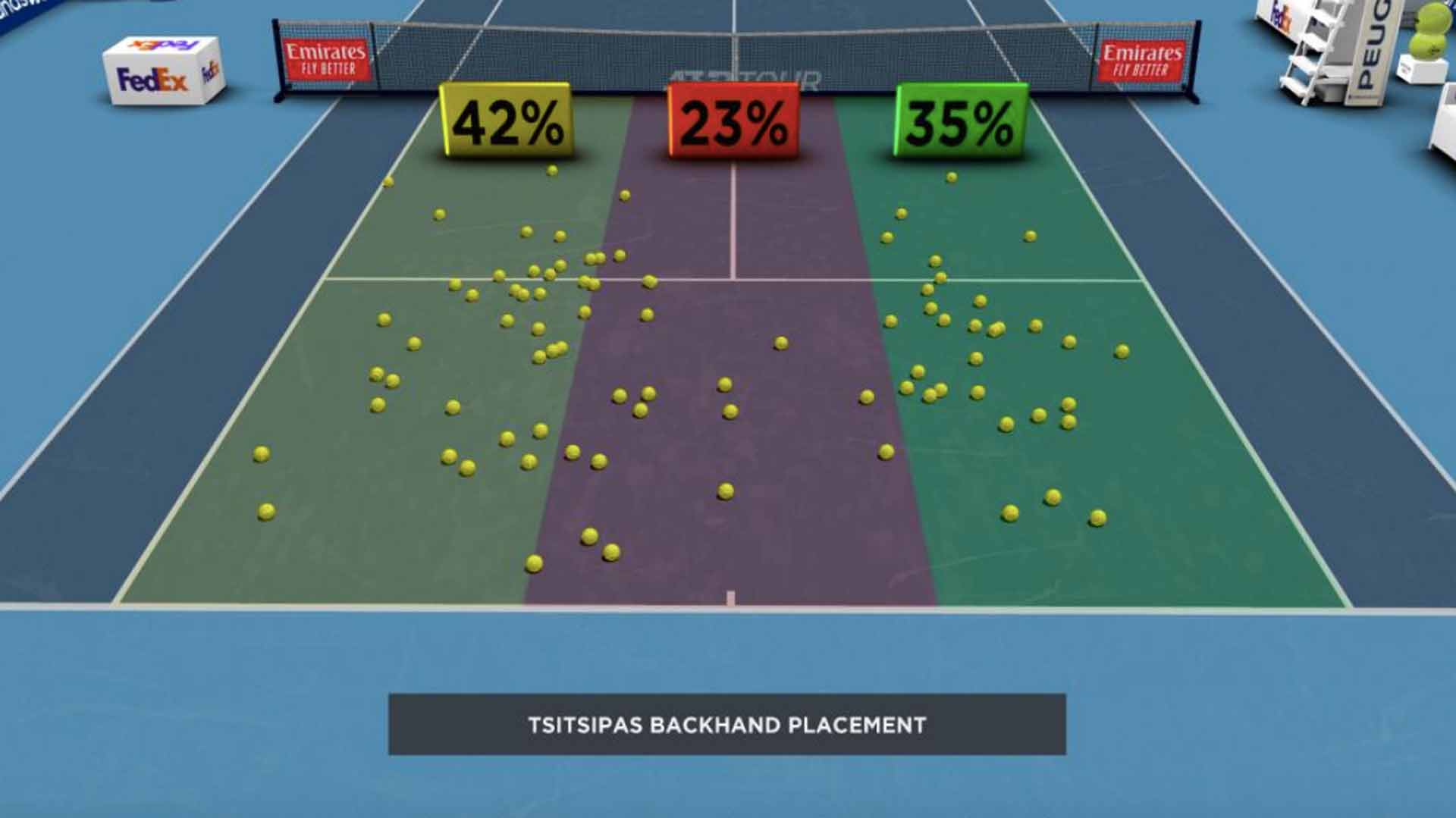 Forty-one per cent of Nadal's first serves against Tsitsipas went unreturned, and he won 85 per cent of his first-serve points, triumphing after two hours and 52 minutes without facing one break point. 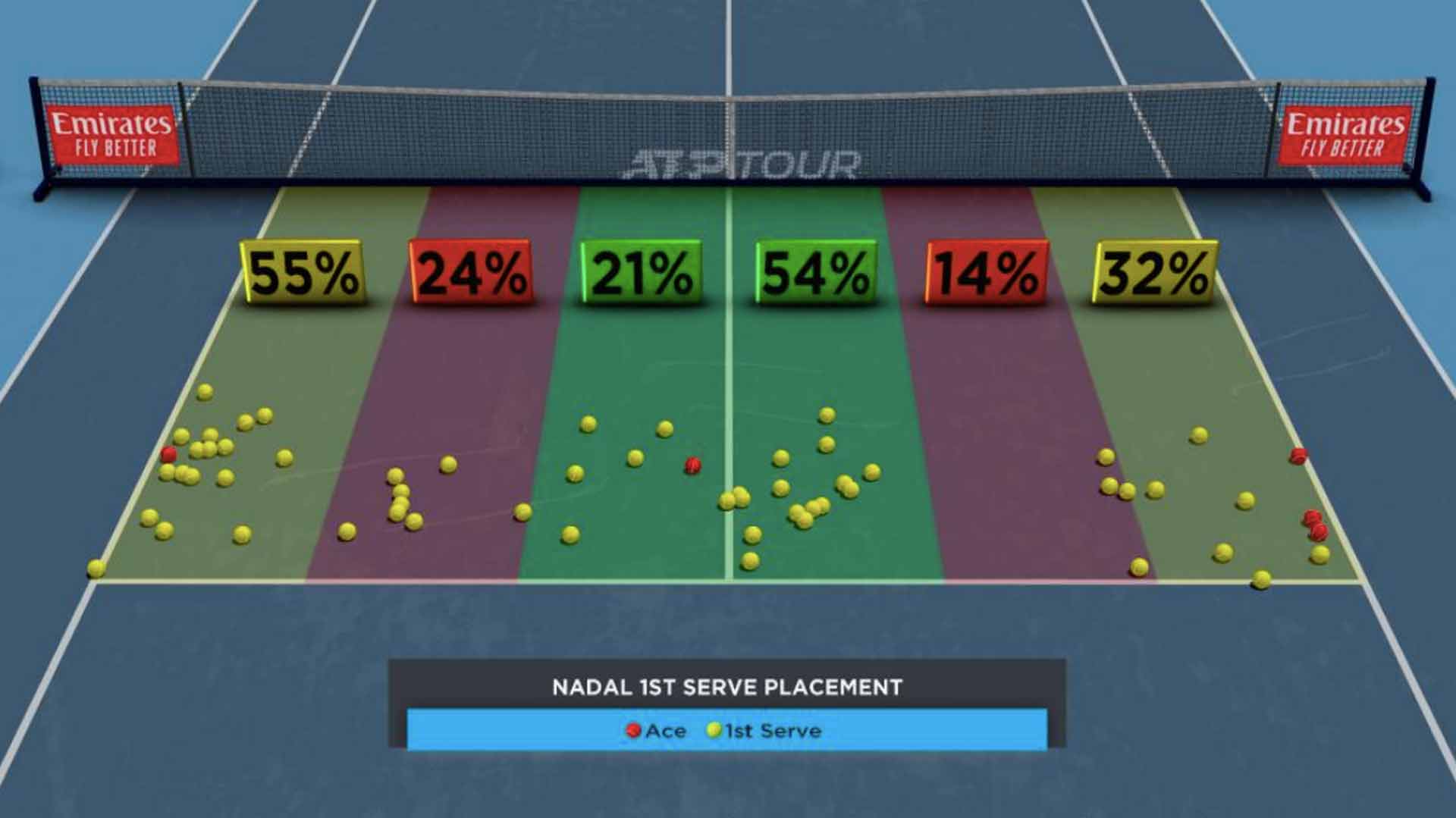 Nadal was particularly effective with his first serve when he went out wide in the ad court. The lefty won 16 of 18 points in which he landed his first delivery out wide on that side of the court, according to the ATP Infosys Second Screen. 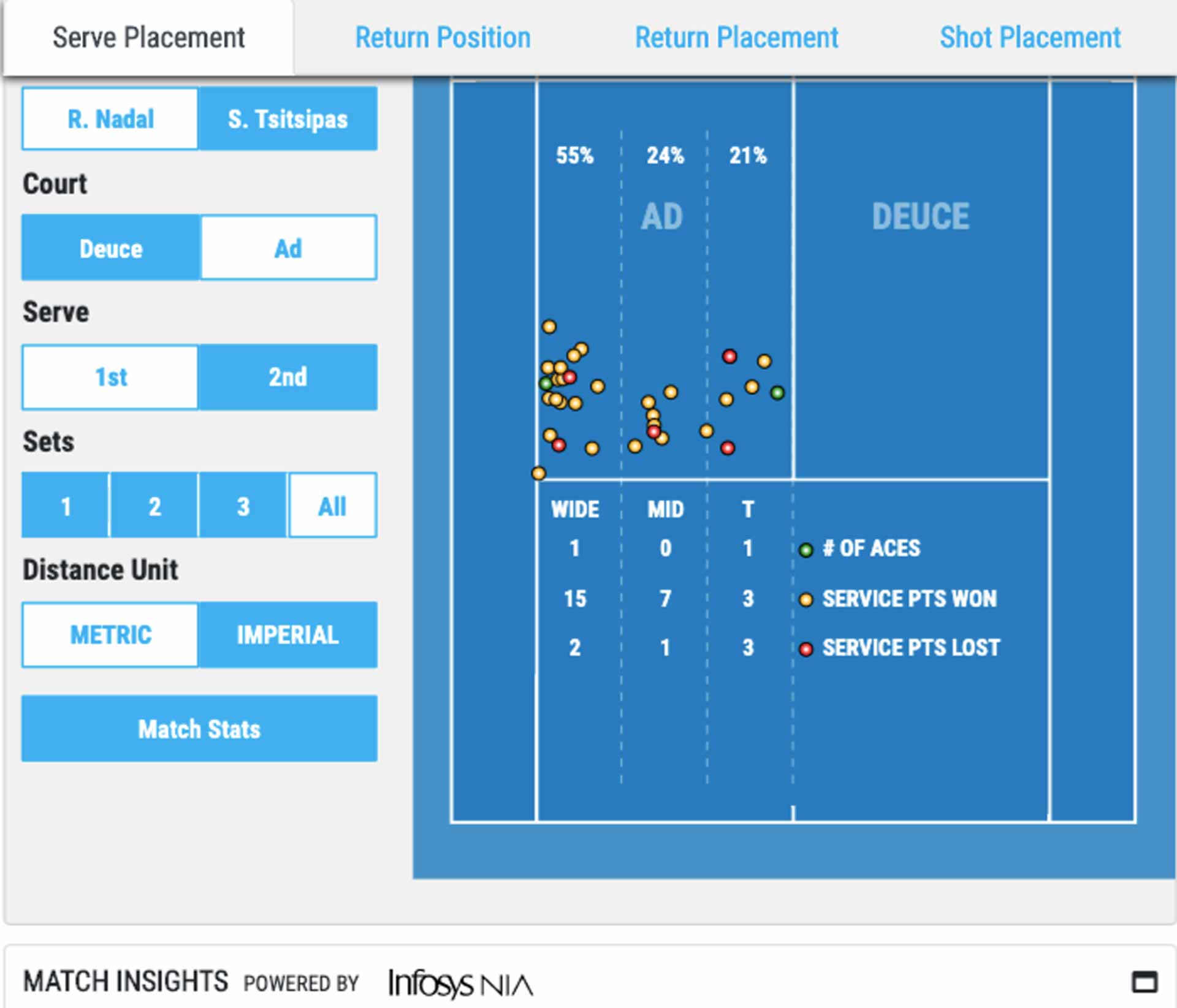