ATP Staff
This article contains:
It will be Ramkumar Ramanathan vs. Steve Johnson for the Newport title

Ramkumar Ramanathan is one win from ATP World Tour glory.

The 23-year-old from India continued his stunning run at the Dell Technologies Hall of Fame Open, blasting into the final with a 6-4, 7-5 victory over Tim Smyczek on Saturday. Ramanathan has dropped just one set all week on the grass of Newport, reaching his first title match in impressive fashion.

At No. 161 in the ATP Rankings, not only is the Chennai native the third-lowest ranked player to reach a tour-level final this year, but also the first player from his country to do so in seven years on the singles circuit. The last Indian to advance to a championship match on the ATP World Tour was Somdev Devvarman in Johannesburg in 2011 (l. to Anderson).

"I was serving well and I just hung in there," said Ramanathan. "I didn't have the greatest first set on return, but I found a groove. He's a really tricky opponent, especially on these courts. I'm pretty happy to get through."

You May Also Like: Ramanathan Breaking New Ground With Childhood Icon Alongside

Ramanathan will face home hope Steve Johnson in Sunday's final, as he looks to etch his place in the history books. Victory would see him become the first player from India to lift a singles trophy since mentor and idol Leander Paes exactly 20 years ago in Newport in 1998.

India's newest star will face a tall order on Sunday against Johnson, as he seeks his second Top 50 win. Johnson has breezed through the draw in Newport, not dropping more than three games in a set all week.

Routine victories over Christian Harrison, Dudi Sela and Marcel Granollers put the American into his fifth ATP World Tour final and second on grass. On Saturday, he defeated Granollers 6-3, 6-3 in just 70 minutes to secure his spot in the title match. He was dominant on serve throughout the encounter, relinquishing just seven of 44 service points.

"I just tried to take what the court gave me," said Johnson. "I actually had a chance to be even more aggressive in the second set with those break points, but I'm really happy with how I served and I managed to get a second break to close out the match. Hopefully I get more of the same tomorrow. Especially out here, you never know what's going to happen one point to the next. I'm very happy to run down a few balls and hit some good passing shots. 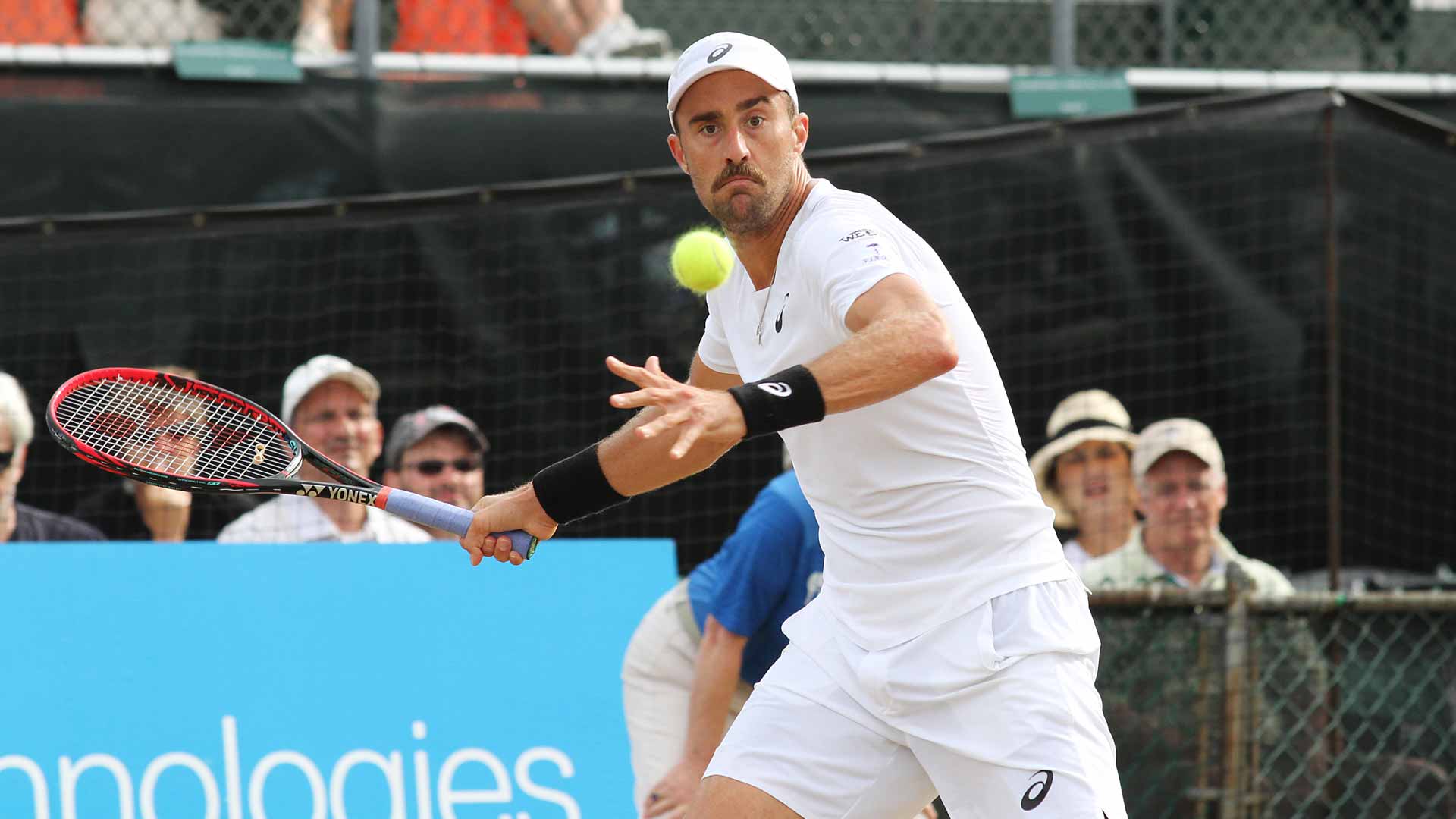 "This is going to be my fifth final, so I feel more comfortable with each one. You have to take it like any other match. I'll try to take some chances on his serve."

Johnson, who successfully defended his title on the clay of Houston earlier this year, previously lifted a grass-court trophy in Nottingham in 2016. He is bidding to become just the second player to reign on multiple surfaces thus far in 2018, joining only Roger Federer. Federer has won on the hard courts of the Australian Open and in Rotterdam and on grass in Stuttgart.

Did You Know?
Ramanathan will be just the second player from India that Johnson has faced in his tour-level career. The first came in his ATP World Tour debut match in Los Angeles in 2010, falling to Somdev Devvarman.