Nishikori Takes Lead Against Paire Into Monday At Roland Garros

ATP Staff
This article contains:
Winner to face Nadal in the quarter-finals

After a dramatic day of fourth-round singles action at Roland Garros, perhaps it’s fitting that the day’s final match did not come to a conclusion.

Seventh seed Kei Nishikori will take a 6-2, 6-7(8), 6-2 lead against home favourite Benoit Paire into Monday, as play was suspended after 9:30 p.m. due to darkness on Court Suzanne-Lenglen. The winner of this match will face second seed Rafael Nadal, the 11-time champion.

A year ago, Nishikori needed five sets and just one minute shy of three hours to beat Paire in front of his home crowd at Roland Garros. And the Frenchman has made it difficult on the two-time quarter-finalist, saving a set point at 7/8 in the second-set tie-break to even the match at one set apiece.

Nishikori could have been disappointed with his loss of momentum, as he broke Paire at 3-5 in the second set to get back on serve, and saved two set points in the tie-break before eventually hitting an inside-out forehand into the net, sending Paire and the fans into an absolute frenzy. 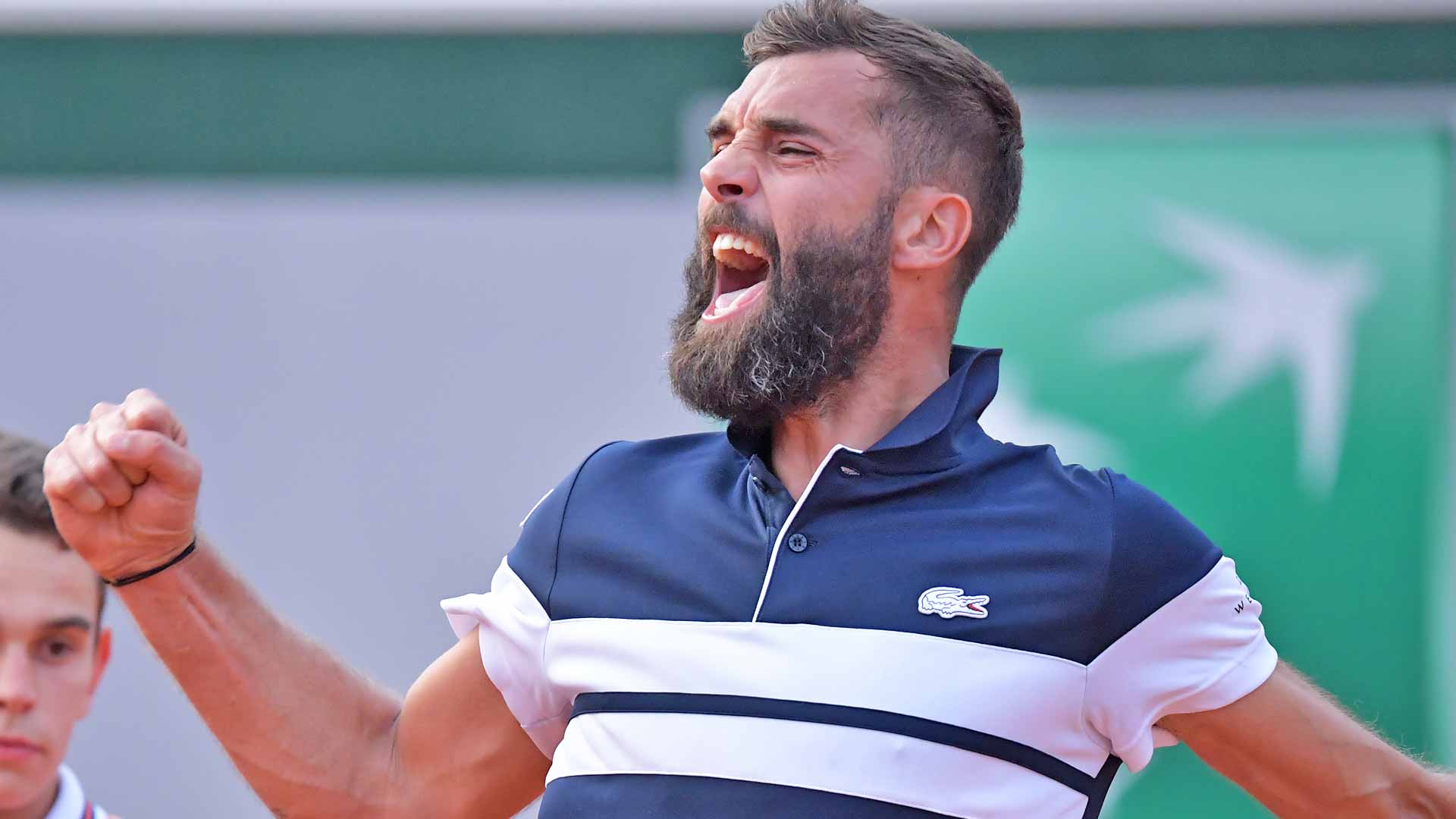 But the World No. 7 refocused, breaking in his second return game of the third set to regain his confidence, then breaking again as darkness descended on Roland Garros, quickly finishing off the set to go to sleep with a two-sets-to-one lead.

Nishikori, who is competing in the fourth round in Paris for the fifth consecutive year, is trying to reach his 11th Grand Slam quarter-final, while Paire seeks his 200th tour-level victory and his first trip to a major quarter-final on his 34th attempt. If the Frenchman manages to pull off a comeback Monday, he will tie Todd Woodbridge for the fourth most attempts before making the last eight at a Slam.

Did You Know?
Nishikori has a 13-1 record when he faces an opponent who is competing at their home country's Grand Slam. The Japanese star is 9-1 against Frenchmen at Roland Garros.