Some things are worth the wait. Benoit Paire experienced that on Sunday at the Grand Prix Hassan II.

Four years after he last lifted a trophy on the ATP Tour, the Frenchman returned to the winners' circle. Paire celebrated his second tour-level title with a comprehensive 6-2, 6-3 victory over Pablo Andujar in Marrakech.

It was Paire's first crown since he defeated Tommy Robredo on the clay of Bastad in 2015. The Frenchman was clutch in the big moments in Marrakech, having rallied from a set down on two occasions, including a first-round win over Aljaz Bedene and semi-final victory over Jo-Wilfried Tsonga.

"This is the second title of my career so I’m extremely happy tonight," said Paire. "The first round and the semi-final against Jo were very difficult. I’m happy that I was able to get through. This is very important for my confidence and the match against Jo helped me a lot in that aspect. I hope that I can keep it up for the rest of the season. My goal is to move up in the [ATP Rankings] and continue playing well."

Revenge was sweet for Paire, who had fallen to Andujar in the final of the ATP Challenger Tour event in Marbella, Spain, just two weeks ago. The Avignon native held a match point in that encounter, eventually conceding a set-and-a-break lead. But this was Paire's day, cruising to victory after one hour and six minutes.

"Pablo beat me two weeks ago so I knew that I needed to play very well to win. I’m very happy with my whole week in Marrakech. I like this country and this city is unbelievable. I had already reached the semis here and was hoping to do better."

Paire sprinted out of the gates on a sun-kissed afternoon in the Moroccan city. Having edged past countryman Tsonga in the semis, needing five match points to prevail, the Frenchman would turn in a near-flawless performance in the championship.

The 29-year-old was efficient from the back of the court throughout the encounter, not conceding a break all afternoon. He pulled ahead at 4-2 in the first set with a perfectly placed drop shot, before sealing the opener with a second break after just 32 minutes.

Andujar had converted a combined 11 break chances entering the final, but Paire refused to blink on serve, claiming 89 per cent of first serve points. And he was unflappable in the second set, striking a sublime lob over the outstretched arm of Andujar to consolidate another break for 5-2. He would close out the championship with a forehand into the open court on his first match point. 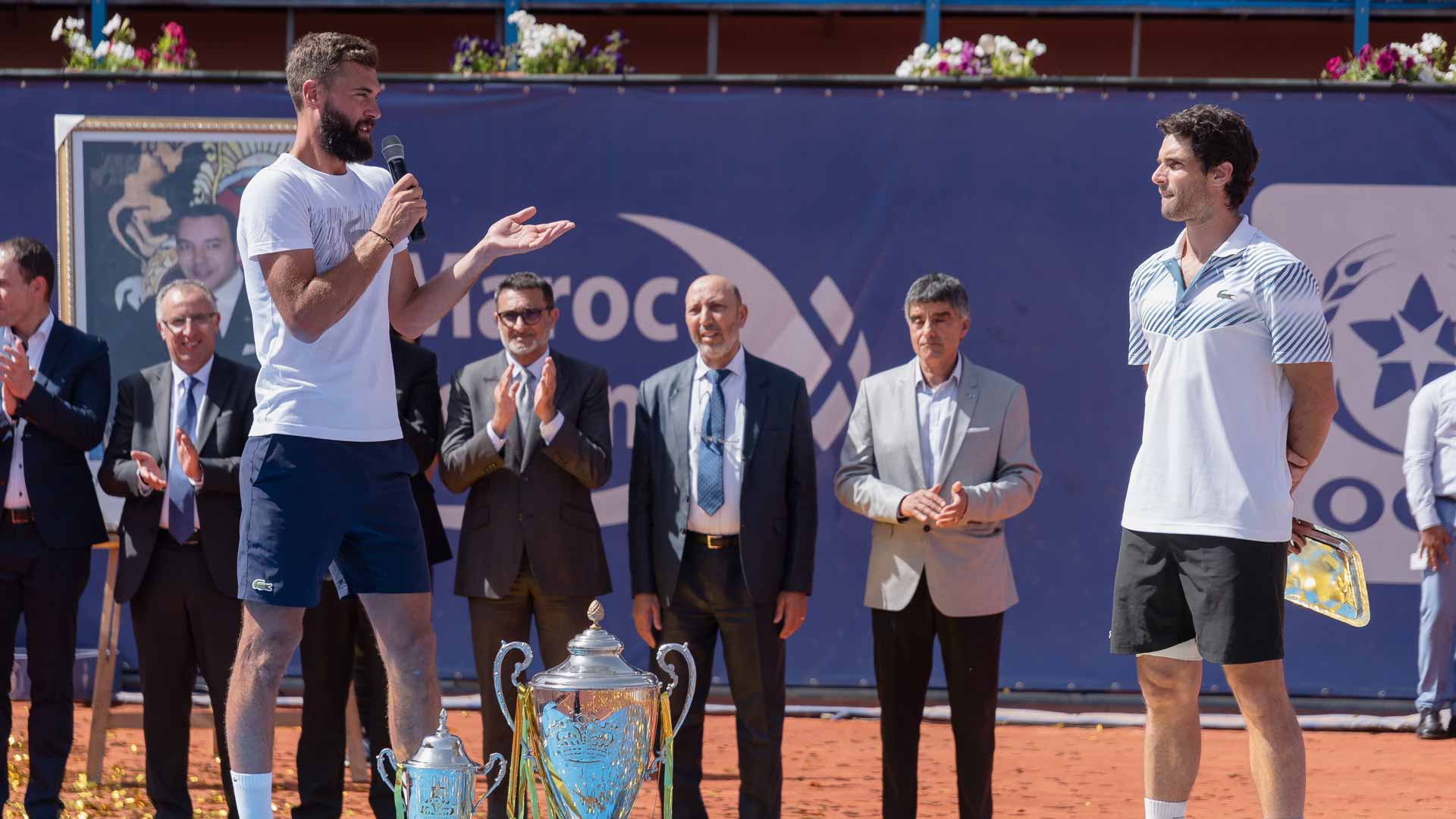 Paire extends his perfect FedEx ATP Head2Head mark against Andujar to 4-0, having claimed all four ATP Tour meetings. They previously met twice in 2012 - in Belgrade and Paris - before facing off on the clay of Barcelona a year later.

Andujar, meanwhile, will hold his head high after an impressive start to his clay-court campaign. The Spaniard saw his 13-match win streak snapped following consecutive ATP Challenger Tour titles in Marbella and Alicante. The defending champion in Marrakech, he would reach his third final in three weeks. The Spaniard, who continued his comeback following three elbow surgeries, previously lifted the trophy in 2011, 2012 and 2018.

"I’m very happy with my week," said Andujar. "Benoit deserved to win today, as he was the better player. I played well during the last few weeks and I hope to continue like that.

"My career would be different without Morocco. I always play so well here and it feels like a second home. I really like the conditions here and I get a lot of support from the crowd."