Nick Kyrgios will try to even his ATP Head2Head series against Karen Khachanov (0-1) on Saturday.

ATP Staff
This article contains:
Thiem, Zverev among other stars in action in Melbourne

Nick Kyrgios and Rafael Nadal have played compelling tennis against each other in recent years. At the Australian Open, they are one match away from squaring off again. But first, the Aussie home favourite and the top seed will have to get through a tough third-round test on Saturday in Melbourne.

Kyrgios lost his only previous ATP Head2Head meeting against No. 16 seed Karen Khachanov last year in three sets at the Western & Southern Open in Cincinnati. Expect to again see massive serving and huge groundstrokes from both.

“[He is a] very aggressive player. He's difficult to play against,” Kyrgios said after defeating counter-puncher Gilles Simon in four sets on Thursday. “He's got a big serve, big forehand, looks to dictate.”

That’s also the game style Kyrgios, the No. 23 seed, employs. He will try to take advantage of the fact that the Russian No. 3 needed four hours and 34 minutes — triumphing in a fifth-set tie-break against Swede Mikael Ymer — to reach the third round.

“I know how good he can play, especially here at home in Australia. Just now looking forward to have recovery and hopefully to have a good match. Let’s see who wins, it’ll be an interesting one,” Khachanov said. “The most difficult is his serve, to return because he has an unbelievable serve, variety. You don’t even see with the toss where he is going. He has all kinds of directions and then of course during the game he sometimes risks, sometimes plays a little bit unpredictable. But if you get ready for that mentally, I think you need to try to keep your serve and let’s see what happens on the return.” 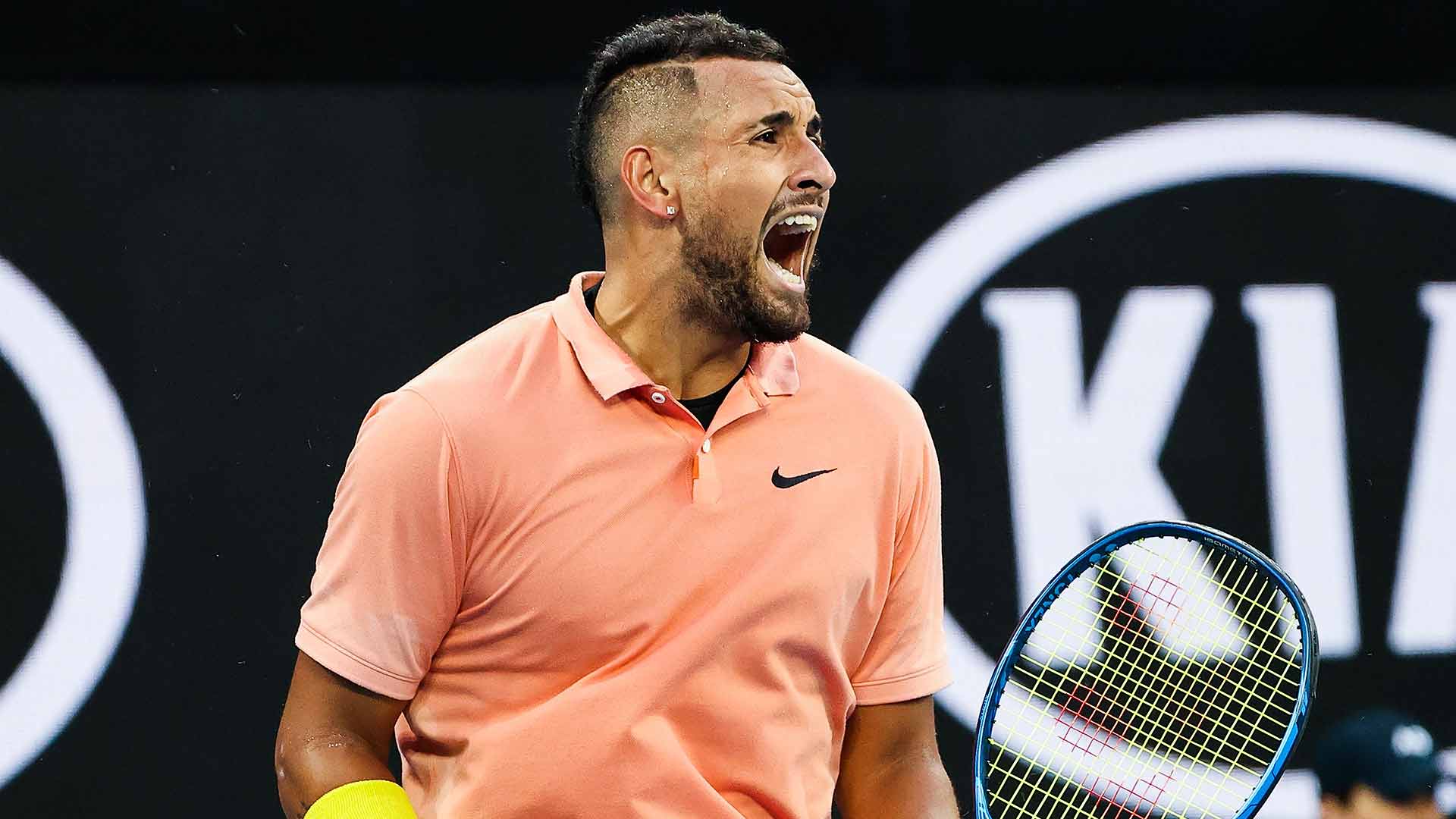 Nadal will face fellow Spaniard Pablo Carreno Busta, the No. 27 seed, as he tries to reach the Round of 16 at Melbourne Park for the 13th time in his past 14 appearances in the Australian Open dating back to his second appearance in 2005.

“I have been practising every day a little bit better. Of course, on the match situation, it’s a little bit different,” Nadal said. “I am confident that I’m going to play better because every day in the third set I have been able to show a good level of tennis. I need to do it before the next [match against Carreno Busta].”

The World No. 1 holds a 4-0 ATP Head2Head lead against a countryman, with whom he teamed at the inaugural ATP Cup. In their only previous hard-court meeting, at 2016 Doha, Carreno Busta won a set against Nadal before the lefty rallied for a three-set victory. The World No. 30 is trying to make the fourth round at the Australian Open for the third straight year. 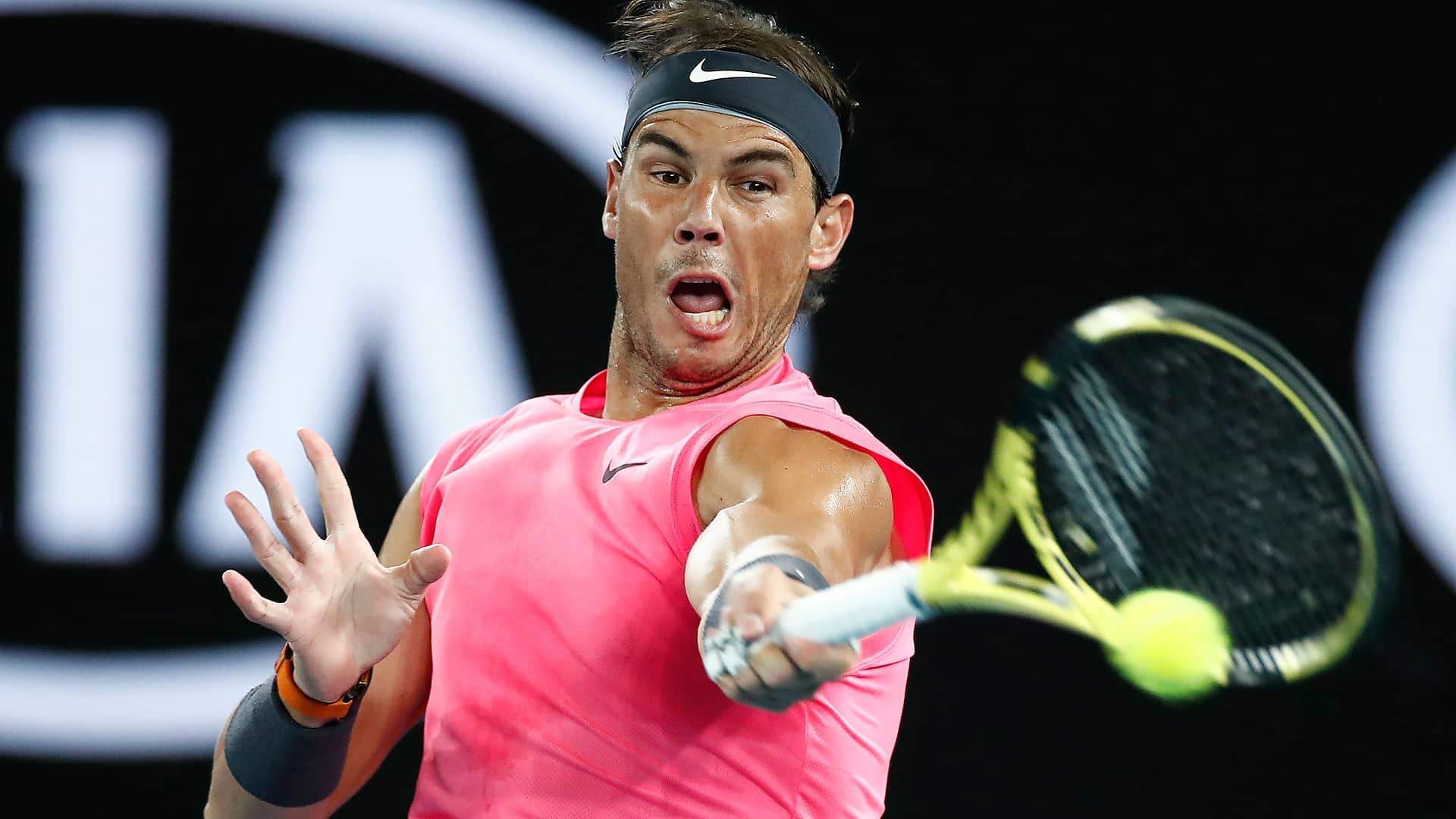 The only players in the top half of the draw who have not dropped a set are Nadal and 2018 Nitto ATP Finals champion Alexander Zverev, who made it to the fourth round of the season’s first Grand Slam for the first time last year. The German will face 2009 Australian Open semi-finalist Fernando Verdasco on Saturday.

Zverev, who has split two previous matches against Verdasco, went winless (0-3) at the ATP Cup, and he admits that external expectations have been different this year with the likes of Daniil Medvedev and Stefanos Tsitsipas excelling. At the 2019 Australian Open, Zverev was fresh off his Nitto ATP Finals title.

“I just think there are more young guys that are playing better. The attention is going towards them, as well, a little bit. It's a nice feeling for me, but I'm through to the third round, I'm happy about that. We'll see how the tournament goes,” Zverev said. “I'm going round by round. The matches aren't going to get easier.”

Medvedev, the fourth seed who reached last year’s US Open final and won his first two ATP Masters 1000 titles (Cincinnati, Shanghai) during a breakout season, will try to stave off a hungry young Aussie in 20-year-old Alexei Popyrin. The World No. 96 is one of six 23-and-under players in the top half of the draw.

“I played him in Wimbledon last year and [it] was a really tough match, exhausting one. A really close one. I managed to win it, but already [in the] last Australian Open we saw how he can play in Grand Slams in front of the home crowd,” Medvedev said. “It’s not going to be easy.” 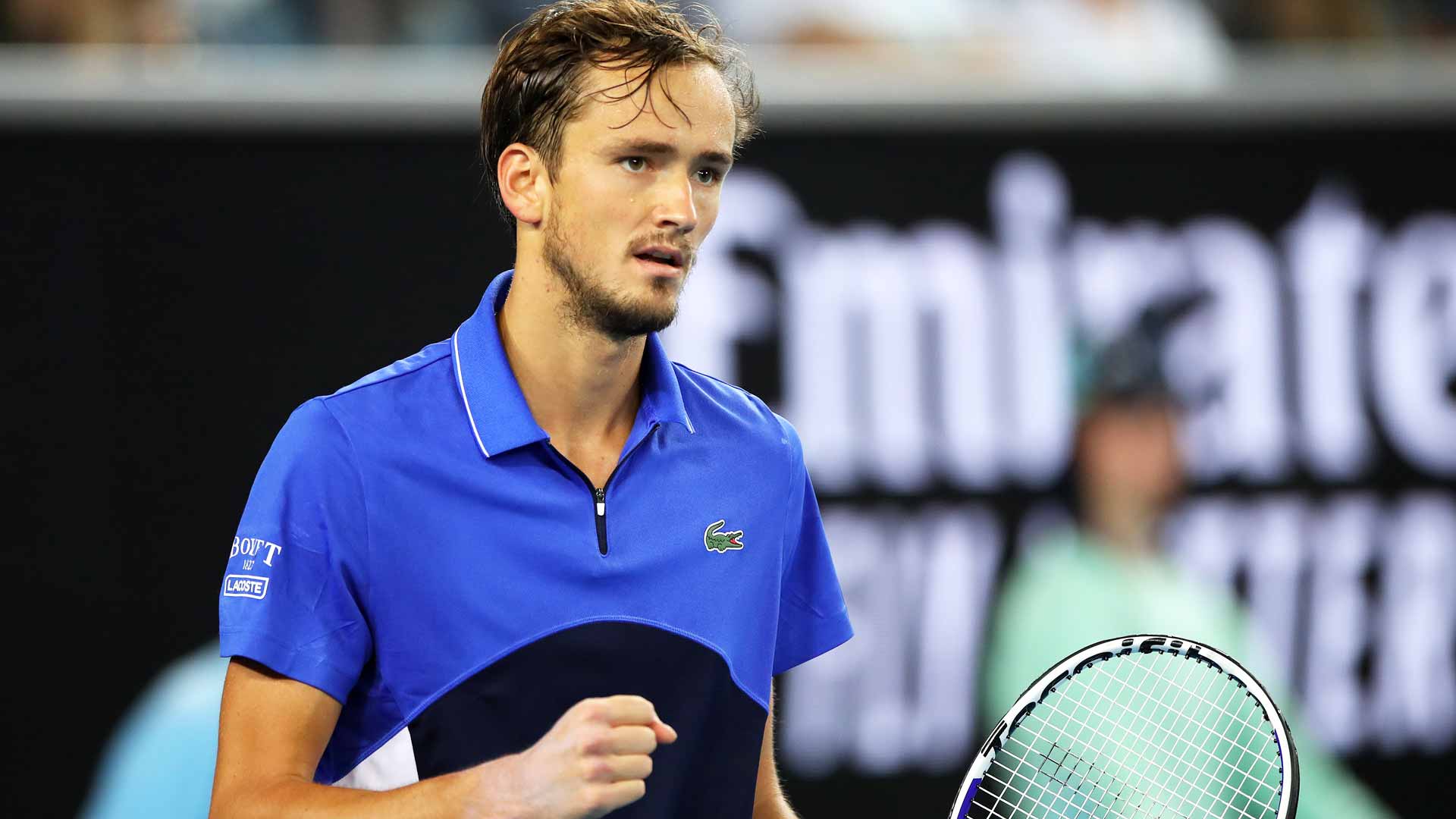 Medvedev is well-known for his ability to play like a wall at the back of the court, and Popyrin will try to exert his aggressive game on the Russian and come into net.

“I think that's my only chance of winning. Not many people can rally with him on the baseline. He's probably the best of rallying on the baseline,” Popyrin said. “My game is to come in. If I steer away from that, then I definitely won't win. I have to play my game against him.”

One of the most intriguing match-ups of the third round, not just in the top half, pits 2014 champion Stan Wawrinka against big-serving American John Isner, the 19th seed. Isner leads their rivalry 3-1, but only one of those matches has come since 2011, and that was on clay at 2017 Rome.

“[It will be a] tough match. We all know he is a very dangerous player, serving big. You don't get a lot of opportunities,” Wawrinka said. “You need to stay strong, be aggressive, try to make him play as much as possible. That's it. Stay positive all the match.”

Another battle to watch is fifth-seeded Austrian Dominic Thiem against No. 29 seed Taylor Fritz. The American is fresh off a win against two-time Slam finalist Kevin Anderson in five sets, while Thiem was down two sets to one before rallying against Aussie Alex Bolt. Fritz is pursuing his first berth in the fourth round of a major. None of their meetings (Thiem leads 2-1) have gone in straight sets, with Fritz triumphing most recently at last year’s Laver Cup.

The other third-round matches on the top half are No. 10 seed Gael Monfils against Latvian qualifier Ernests Gulbis and No. 11 seed David Goffin versus No. 17 seed Andrey Rublev. Rublev has won his first 10 matches of the year, lifting ATP Tour trophies in Doha and Adelaide.