Outside of the Big Three, fans might look to Daniil Medvedev as the next favourite at the Australian Open. The World No. 4 will try to show why that’s the case on Thursday in the second round.

Medvedev will play Spanish qualifier Pedro Martinez. The 22-year-old Martinez had never won a tour-level match before beating German Dominik Koepfer in the first round, and he will try to spring the upset against the two-time ATP Masters 1000 champion, who won more matches (59) and reached more finals (9) than anyone on the ATP Tour in 2019.

That puts the pressure squarely on Medvedev, who battled past 2019 Melbourne quarter-finalist Frances Tiafoe in his four-set opener.

“I think I have a lot of things to improve regarding today's match. Especially the serve, I was not happy at all with my serve,” said Medvedev, whom Tiafoe broke five times. “The most important is to win, to just win the match, get into the second round, get the sensations of the court, of the atmosphere, everything. Usually later in the tournament everything goes better and better.”

The last time Medvedev lost to someone ranked as low as World No. 168 Martinez was in the first round of an ATP Challenger Tour event held in Playford, Australia, during the first week of the 2018 season (l. to then-World No. 379 Marinko Matosevic). The Russian No. 1 is trying to reach the third round at the season’s first Grand Slam for the second straight year.

The man he played in the final of last year’s US Open, World No. 1 Rafael Nadal, is also in action on Day Four. The legendary lefty is pursuing his 20th Grand Slam championship this fortnight, which would tie him with Roger Federer for the most all-time. But Nadal is not looking ahead of his next opponent.

“I’m thinking about Sousa or Delbonis. That's all,” said Nadal, who later learned he will play Argentine lefty Federico Delbonis in the second round. “I'm thinking about my practice of tomorrow, trying to follow up the level of tennis that I played in the third set. That should be my main goal today. I need to play at my highest level if I want to keep going on [in] the tournament.” 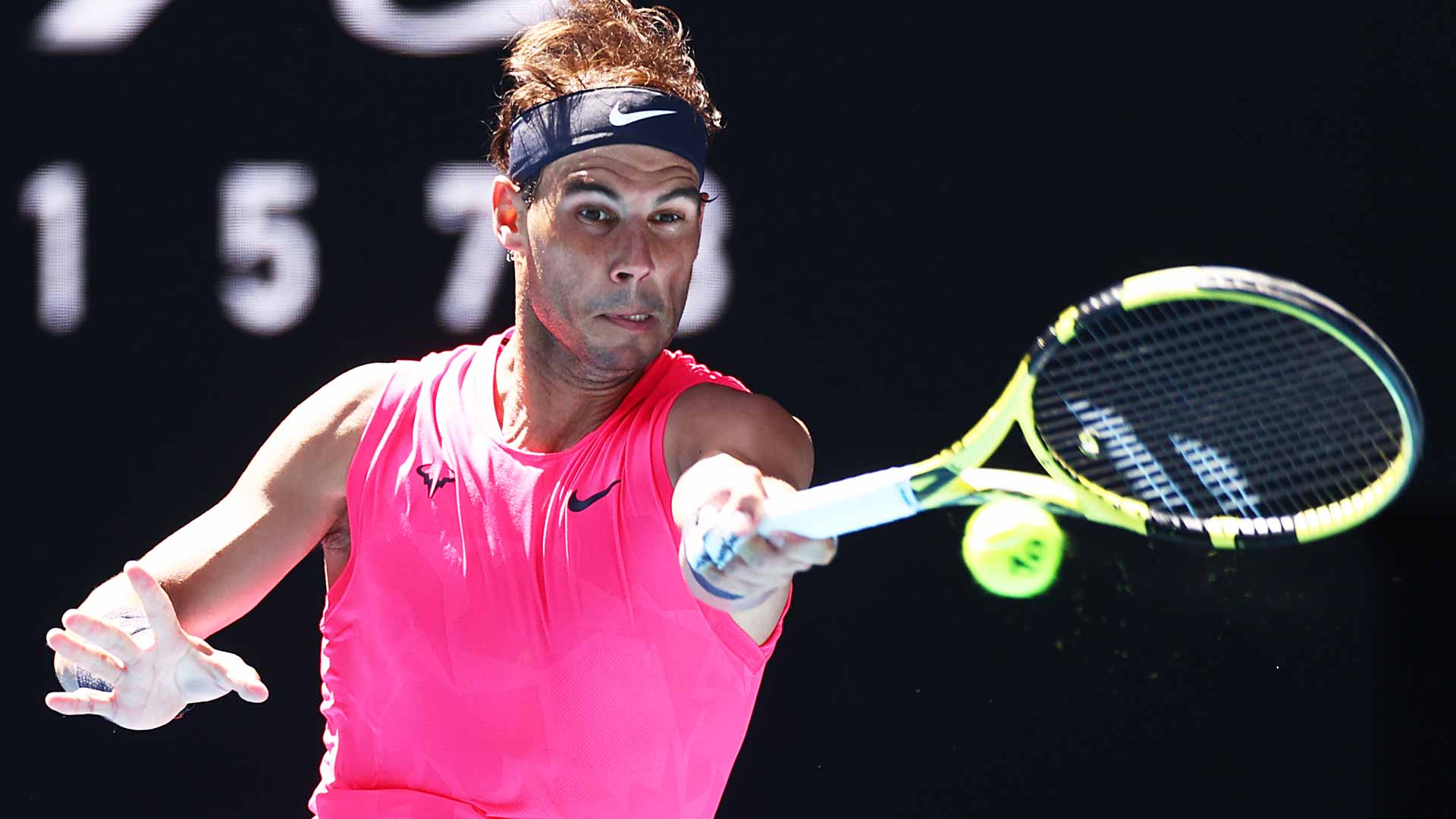 Nadal holds a 3-0 ATP Head2Head series lead against Delbonis, winning all six of their sets by a margin of 6-3 or greater. The top seed also brings momentum into the match, not only from a straight-sets win in the first round against Bolivian Hugo Dellien, but from leading Spain to the final of the inaugural ATP Cup.

One player who did not enjoy as much success at the ATP Cup is World No. 5 Dominic Thiem, who lost two of his three singles matches in Sydney. But the Austrian star beat tricky Frenchman Adrian Mannarino 6-3, 7-5, 6-2 in his opener, and he’ll look to build off that against Aussie wild card Alex Bolt.

“I was playing great in the practice week, but it's something very different coming into the first match with all the pressure, with all the tension in it. So I think that [Tuesday] was a very good match and a good step in the right direction,” Thiem said. “I hope, of course, that I can keep it up and also hope that I can improve still many things and get better from match to match.” 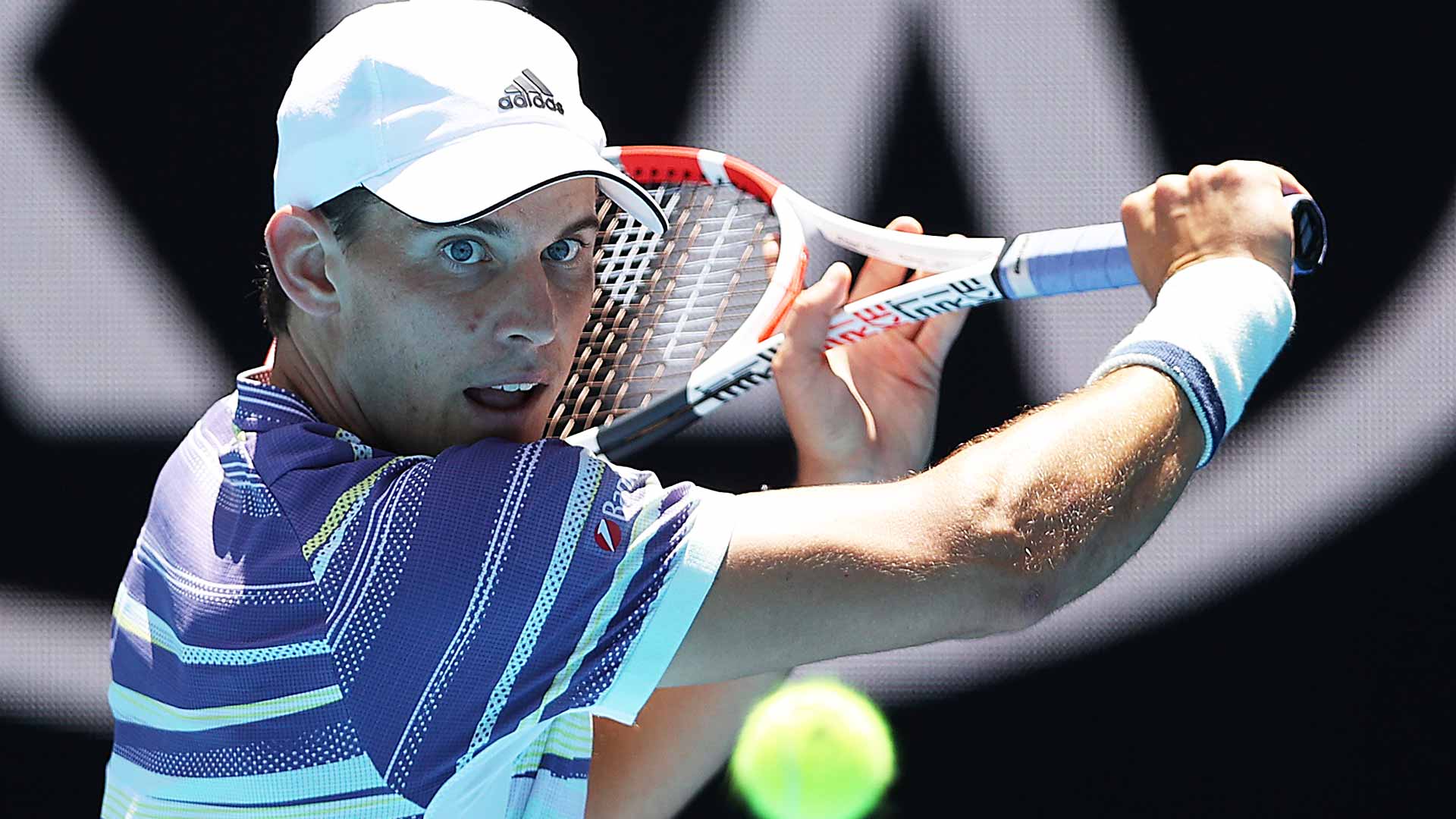 Thiem showed his hard-court prowess in 2019, winning the BNP Paribas Open at Indian Wells and reaching the championship match at the Nitto ATP Finals. No. 7 seed Alexander Zverev won the season finale in 2018, and he’s pushing for his biggest Grand Slam breakthrough yet in Melbourne.

The German, who also cruised through his first-rounder, will face Belarusian Egor Gerasimov in the second round.

“I didn't play well at the ATP Cup. Everybody saw that. I was struggling a lot with my serve, I was struggling a lot with my groundstrokes. I think I was much more stable [in my first round] than I was there,” Zverev said. “This is a positive for me. Obviously there's a lot still to build. I think this is already getting better. So hopefully I can still get better in the next few days, maybe weeks. We'll see how it goes.”

Nick Kyrgios will try to thrill the Aussie crowd as he tries to reach the third round at his home Grand Slam for the fourth time. The big-serving 24-year-old will have to stay focussed against consistent veteran Gilles Simon of France.

The 23rd-seeded Kyrgios beat the former World No. 6 in straight sets in their only previous match at last year’s Citi Open. But Simon excels at lulling opponents to sleep during points, putting ball after ball into the court at different, typically slow paces, before taking advantage of any opening he finds in rallies.