Fabio Fognini is aiming to reach the Australian Open quarter-finals for the first time.

There was no need for a final-set tie-break at Melbourne Arena on Friday night, as Fabio Fognini beat Guido Pella 7-6(0), 6-2, 6-3 to book his place in the Australian Open Round of 16.

Having made history on Wednesday as the first player to win back-to-back Australian Open matches in final-set tiebreaks, the 12th seed converted five of six break points to earn a much-needed straight-sets victory after two hours and nine minutes. With his third run to the Round of 16 at Melbourne Park, Fognini equals his best result at the opening Grand Slam of the year.

”[I am] so happy to be in the fourth round again in Australia. Now it is time to recover,” said Fognini.

As a result of his 13th Australian Open win (13-12), Fognini takes the lead in his ATP Head2Head series against Pella. The Italian owns three victories from five matches against last year’s Wimbledon quarter-finalist.

In a competitive first set, Fognini produced a dominant tie-break performance to take the opener. The Rolex Monte-Carlo Masters champion served well and mixed his attack, ripping groundstrokes into both corners to sweep seven straight points.

Fognini began to open the court in the second set, moving Pella across the baseline to create space. The Argentine charged the net on multiple occasions to change the rhythm, but Fognini came up with creative responses to race towards a two-set advantage. The Italian claimed his fourth straight game from 2-2 with a huge forehand return winner up the line to wrap up the set.

After failing to maintain a break advantage on two occasions in the third set, Fognini won consecutive games from 4-3 to close the match. The Italian was consistent from the baseline and took advantage of a series of errors from Pella to break, before converting his second match point with an accurate serve up the T.

“I played a really solid game against a really tough opponent so, for sure, I am happy about my performance,” said Fognini.

You May Also Like: Fognini The Comeback King: 'I Make The Grand Slam'

Pella was competing in the third round for the first time in Melbourne. The 22nd seed dropped one set in his opening two matches, beating John-Patrick Smith and Gregoire Barrere to book a meeting with Fognini.

Fognini will meet 2018 quarter-finalist Tennys Sandgren in the fourth round. The 32-year-old leads Sandgren 2-1 in their ATP Head2Head series, but it was the American who emerged victorious in their most recent meeting at Wimbledon last year. 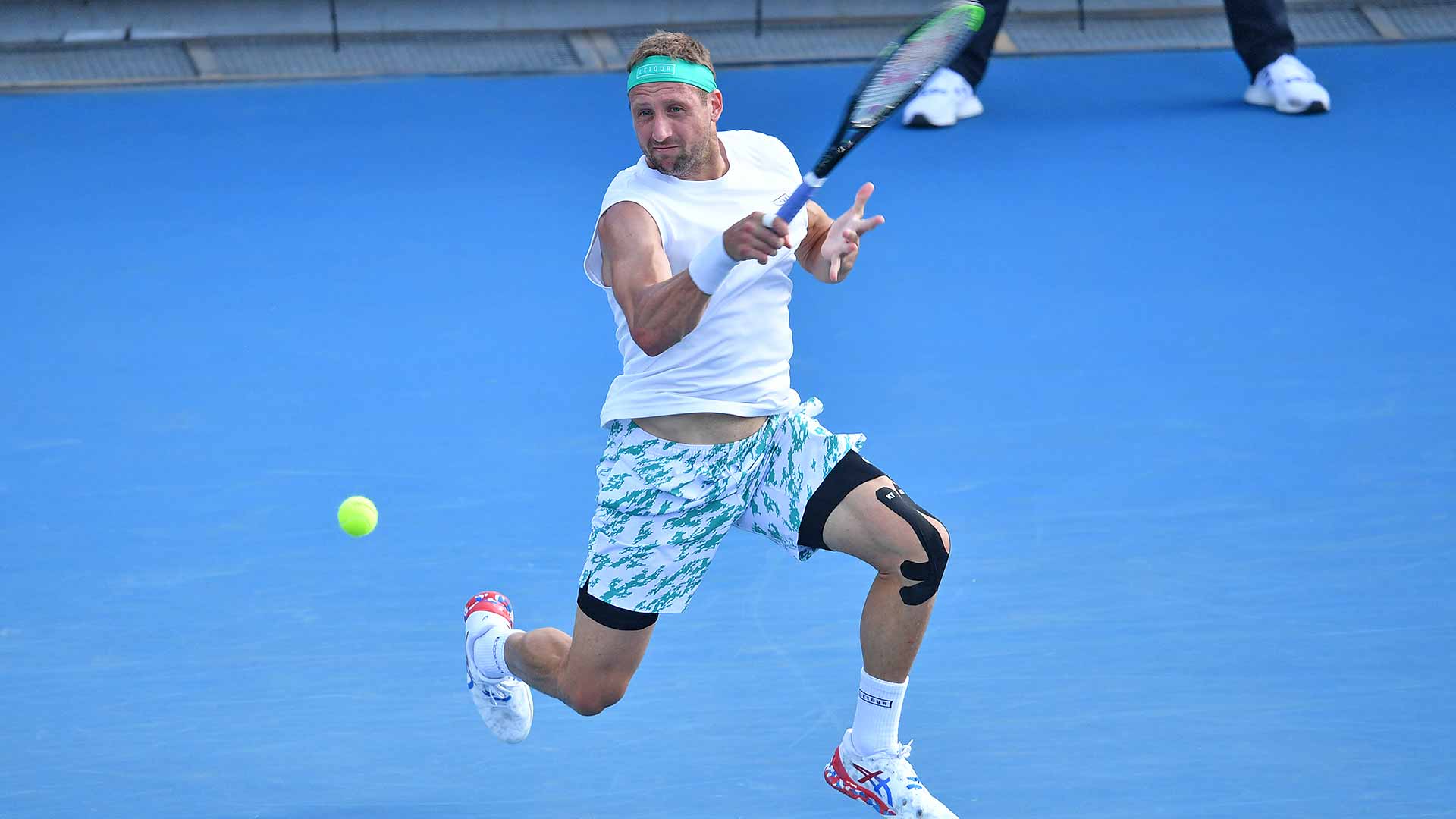 Sandgren held his nerve under pressure to move one victory away from reaching the Australian Open quarter-finals for the second time in three years (2018). The World No. 100 struck 35 winners in a 6-4, 6-4, 6-4 victory over fellow American Sam Querrey in one hour and 52 minutes for a place in the fourth round.

Sandgren needed to save nine break points in the second set and narrowly edged Querrey overall in rallies of four shots and under — 23 to 19. Querrey fought hard, hitting 15 aces, but was left to rue converting only two of 14 break points and making 43 unforced errors. The former World No. 10 had previously beaten Sandgren 6-4, 6-7(7), 7-6(3), 7-6(5) in the Wimbledon fourth round last year.