5 Things To Know About Shapovalov, Who Qualified For Milan

Denis Shapovalov has qualified for the Next Gen ATP Finals once again. The 20-year-old Canadian, who debuted at the inaugural 21-and-under event in 2017, secured his place when Serbian Miomir Kecmanovic lost in Moscow on Thursday.

Here are five things to know about one of the #NextGenATP leaders.

1. He can play big on the big stages.
Shapovalov has reached at least one ATP Masters 1000 semi-final the past three seasons. In 2017, he beat Juan Martin del Potro and World No. 2 Rafael Nadal en route to the Coupe Rogers semi-finals in Montreal (l. to Zverev).

Shapovalov was staying in Felix Auger-Aliassime's basement at the time, and his friend had a poster of Rafa hanging in his house. But Shapovalov ripped it down before upsetting Nadal in the third round. 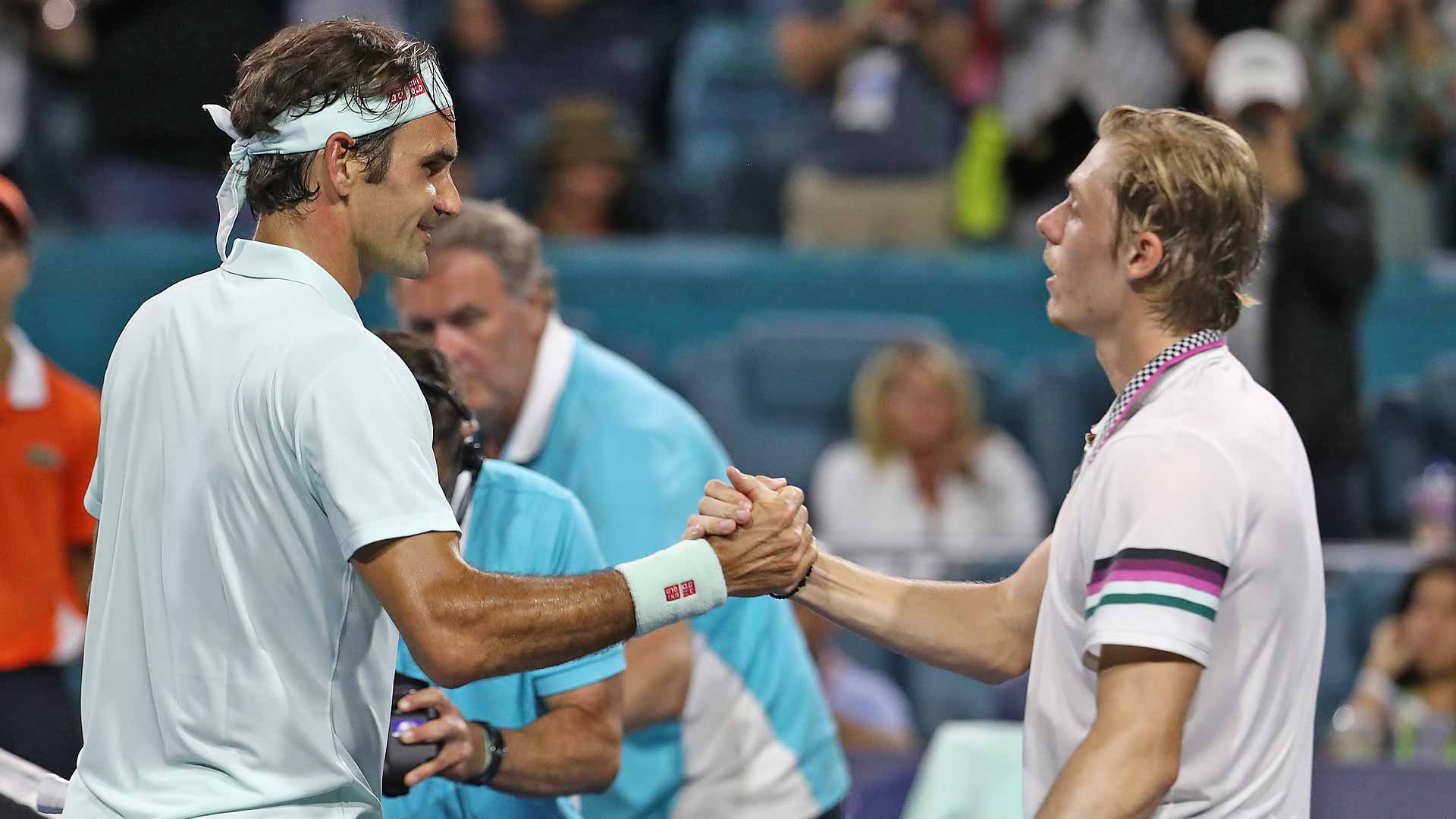 2. He and Federer go “way back”.
Shapovalov lists Federer as his idol, and the two have been on the court together a couple times already. Shapovalov, then 15, warmed up Federer before his Masters 1000 semi-final against Spain's Feliciano Lopez at the 2014 Rogers Cup in Toronto, Shapovalov's hometown.

The Canadian has watched countless Federer matches, and the two faced off for the first time in Miami. Shapovalov had said that it was a dream come true to face the Swiss star on such a big stage. But Shapovalov's favourite part of the 6-2, 6-4 loss ended up being “the warmup”.

“It's kind of surreal, being on the court against him. Obviously I wasn't trying to focus on the fact that it's Roger on the other side,” Shapovalov said at the time. “I was just trying to play as good as I can, and he did a good job today. He played an excellent match. I wasn't able to kind of stay at his level. So I'm just going to try to learn from this and move forward.”

3. He has a former ATP Tour champion in his coaching corner.
Since the Winston-Salem Open in August, Shapovalov has been working with former World No. 8 Mikhail Youzhny of Russia, who retired at last year's St. Petersburg Open. During their first week together, Shapovalov reached his second ATP Tour semi-final of the season (l. to Hurkacz).

“We've definitely talked a lot, mentally speaking and how I want to approach these matches, and a couple things during the matches, what I should be focusing on. So he's definitely helped me quite a bit,” Shapovalov said in Winston-Salem.

4. He could be a budding rapper.
Shapovalov can play well on the big stages, and he also can rap well in front of thousands of people. The Canadian showed off his rapping skills after beating Marin Cilic in March at the BNP Paribas Open in Indian Wells.

5. He has had a special friend in his box.
The stuffed wolf in Shapovalov's corner is not a comfort animal from when he was younger; Shapovalov purchased the animal last year in Brisbane. The #NextGenATP Canadian tries to play tennis with the ferocity of a wolf, and thought “Storm” would make a good addition to his team.

“I kind of tried to resemble myself to a wolf. I like to have a couple friends with me. I have a close group of friends with me. I can be pretty, not playful, but I like to joke around off the court. When it's down to business, when I'm hunting, when I'm on court, I'm pretty fierce, intense. I show my teeth. I'm very emotional, very similar to a wolf,” Shapovalov said last year.

“We kind of started calling ourselves the Wolf Pack. We thought we needed a mascot. We found this northern wolf in Brisbane. It was actually in the airport. We thought, 'Listen, we've got to take him. Yeah, we got to adopt him into our family.' He came with a little tag. His name was Storm.

“We didn't even have to think of a name, which was good. We weren't too good with names.”

Watch: Why Does Shapovalov Have A Wolf In His Players Box?