Denis Shapovalov will play Filip Krajinovic in his first ATP Tour final on Sunday in Stockholm.

Shapovalov On Big Three: 'Sooner Or Later, We're Going To Dethrone Them'

ATP Staff
This article contains:
Canadian reflects on state of his game as well as rise of fellow young stars

Denis Shapovalov will compete in an ATP Tour final for the first time on Sunday at the Intrum Stockholm Open. But based on recent results in the sport, the #NextGenATP Canadian star feels that a changing of the guard is in order.

“I’m sure that next season there are going to be a lot of upsets,” Shapovalov said. “Obviously the Big Three, they’re still playing really well. But I think sooner or later, we’re going to dethrone them. So we’ve just got to stay patient.”

You May Also Like: Shapovalov Surges In Stockholm, Reaches First ATP Tour Final

Earlier this week, Shapovalov qualified for the Next Gen ATP Finals for the third consecutive year. Although it would take a herculean effort for the Canadian — who started the week placed 30th in the ATP Race To London — to earn a spot at the Nitto ATP Finals, fellow Milan alumni Daniil Medvedev and Stefanos Tsitsipas have already done so. They will make their debuts at The O2 from 10-17 November.

“I think slowly the players are starting to rise through the [ATP] Rankings,” Shapovalov said. “Medvedev’s really made a push the past couple of months. I’m sure a lot of players are following. There are so many talented guys. There’s Frances, there’s Tsitsipas playing well, of course always Zverev.”

As for Shapovalov, his form has snowballed — in a good way — since the start of the Winston-Salem Open towards the end of August. The Canadian made his third ATP Masters 1000 semi-final in Miami this March, but proceeded to lose 12 of his next 16 matches. 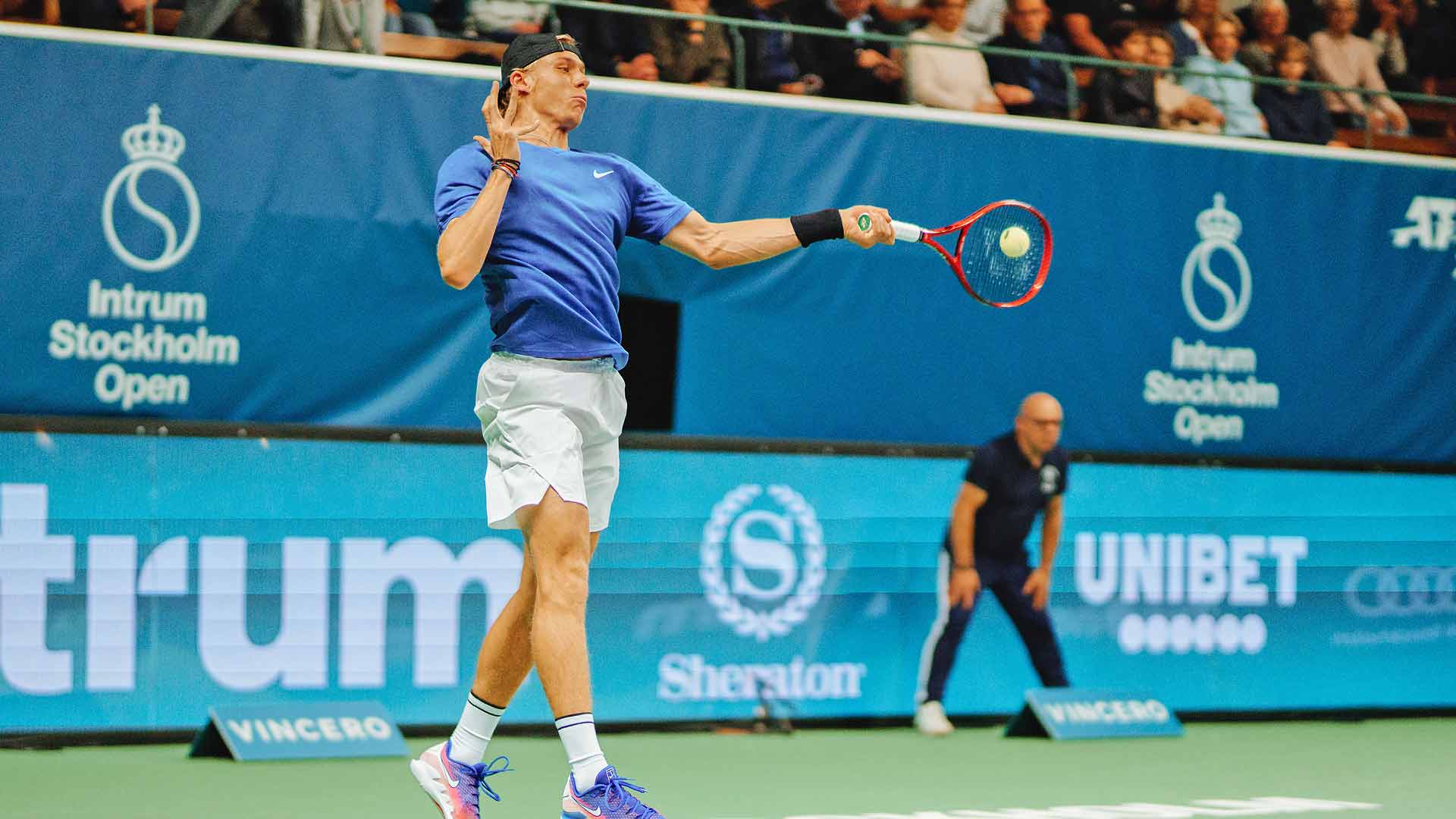 A semi-final showing in Winston-Salem sparked a turnaround, though, and he has gone 13-6 since then. Even though some may have believed Shapovalov would have made a final before this week considering his magical run to the 2017 Coupe Rogers semi-finals, Shapovalov has not gotten overly keen. He has remained patient, and that has proven key.

“I think everyone has his own route. For me, I feel like I shot up through the [ATP] Rankings so quickly with a couple big results. But to be honest my game wasn’t there,” Shapovalov said. “I was really flashy, really big tennis, but also really up and down. So worked really hard the past couple years to strengthen other parts of my game and really try to make it complete.”

Regardless of whether Shapovalov triumphs on Sunday or not, the dynamic lefty has taken a step in the right direction in Stockholm. On Monday, trophy or not, Shapovalov will return to the Top 30 of the ATP Rankings for the first time since July, and he is as motivated as ever to continue climbing.

“I still feel like there’s a lot of room to grow, so I’m happy to be doing so well at the end of this year,” Shapovalov said. “But hopefully I can keep going so that a couple years down the road I can potentially be a Grand Slam contender.”