Denis Shapovalov battles from a break down in the first set to beat Yuichi Sugita, securing his first ATP Tour semi-final win on his eighth attempt.

ATP Staff
This article contains:
#NextGenATP Canadian to face Krajinovic for the title

#NextGenATP Canadian Denis Shapovalov has accomplished plenty in his young career. But entering his match Saturday against Yuichi Sugita at the Intrum Stockholm Open, he had never reached an ATP Tour final.

The 20-year-old carried an 0-7 record in tour-level semi-finals into his clash with the Japanese lucky loser, and his frustration showed after misfiring from the baseline in the early going to trail by a break. But Shapovalov recovered well, defeating Sugita 7-5, 6-2 to make his breakthrough in Sweden.

"It feels amazing. Kind of a tough beginning. I think he played really well at the beginning," Shapovalov said. "I was a little bit nervous, so I'm really happy to turn the match around."

It was a long time coming for Shapovalov, who has climbed as high as No. 20 in the ATP Rankings and earned two victories against Top 10 opponents. He made three of his previous semi-finals at ATP Masters 1000 events.

"I've played a lot of semis it feels like, so it's really exciting to be into my first final. I've had some bad luck, some tough matches in the semis," Shapovalov said. "But on the other side making the semi-finals is a good sign, so I knew sooner or later the win was going to come, so I've stayed pretty patient."

Once Shapovalov recovered the early break he let slip, the Canadian began to play much more measured tennis, using his aggression, but being more patient to avoid giving Sugita free points via unforced errors. The Japanese player was unable to find the energy to battle back after needing more than three hours on Friday evening to defeat Janko Tipsarevic in the quarter-finals.

Shapovalov will face Serbian Filip Krajinovic, who is also pursuing his first ATP Tour crown, for the title. Krajinovic arrived in Stockholm on a three-match losing streak, but the World No. 60 has reversed his fortunes in a major way. Krajinovic rallied past fifth seed Pablo Carreno Busta 4-6, 6-3, 6-3 to reach the championship match of the Intrum Stockholm Open.

"I don't know him much. Obviously I've seen him play here and there, but he looks like he's got a pretty big serve. He likes to go for his shots, pretty similar to me. I think it's going to be an exciting match," Shapovalov said. "To be honest, I'm just happy to be through to my first final. The rest, I just get to enjoy. Obviously I'd love to win the match and win my first title, but if not, it's a big step to make the final this week, so I'm really happy with where I stand." 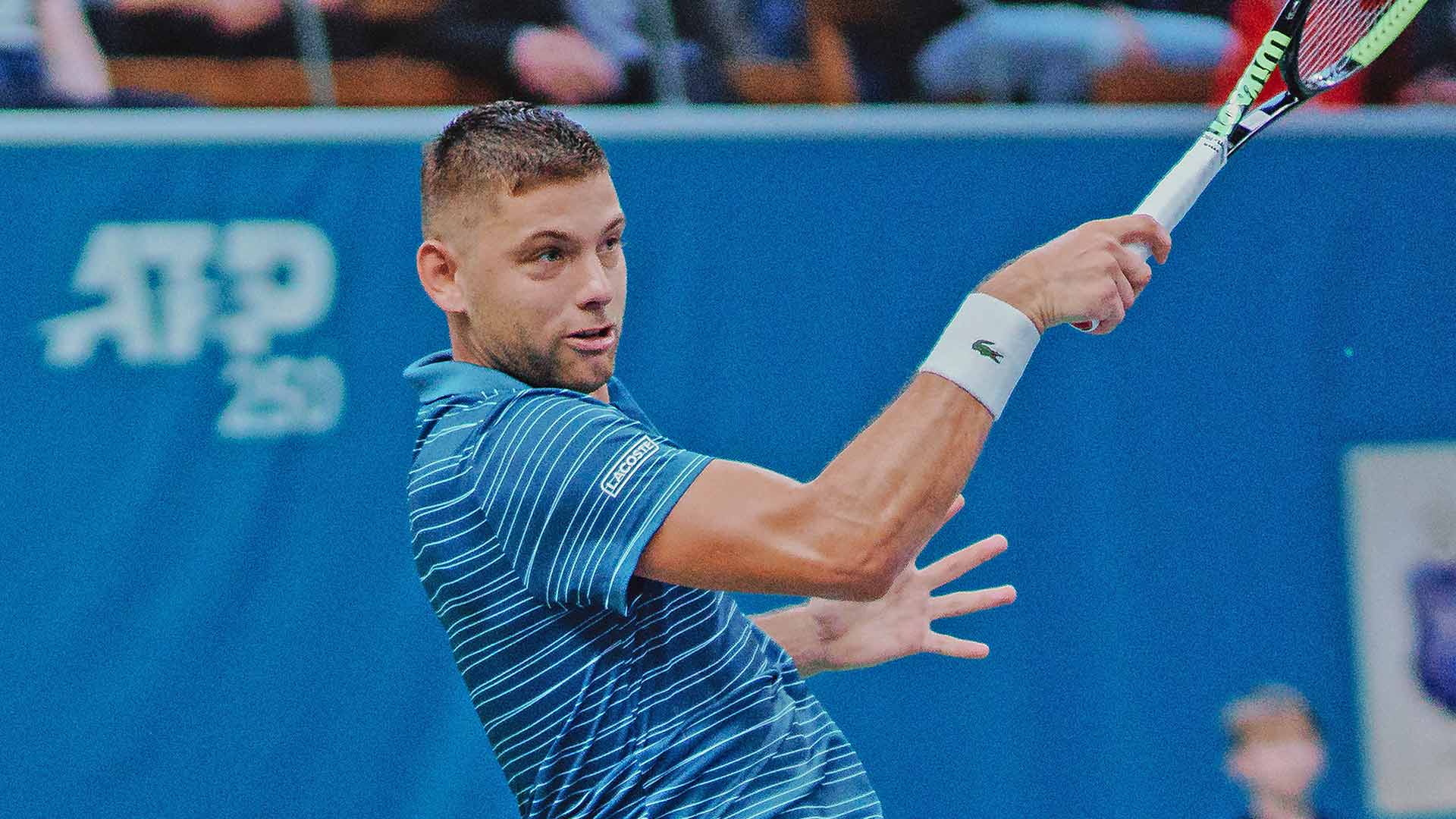 Krajinovic has a career-high 27 tour-level wins this year, including a trip to his second ATP Tour final in Budapest, where he was a qualifier. Almost two years ago, he enjoyed a stunning run to the championship match of the Rolex Paris Masters, an ATP Masters 1000 event, where he fell to Jack Sock with the trophy on the line.

“Thanks guys for coming to watch this match, it means a lot to me,” Krajinovic told the crowd. “Playing in the Stockholm final, it’s a dream come true.”

It looked in the early going like he would not get a chance to lift his maiden trophy, with Carreno Busta going up an immediate break. Even after Krajinovic recouped that break, Carreno Busta got it back at the end of the set when the Serbian hit an ill-advised drop shot to allow the Spaniard to rush the net.

But from the second set on, Krajinovic began to increasingly get the first strike in rallies and run Carreno Busta around the court. He won 47 per cent of his return points and broke serve five times in the match to triumph after two hours and nine minutes, earning himself a chance to battle for all the Stockholm glory.

Did You Know?
With a first-time ATP Tour champion guaranteed on Sunday, it will mark the 15th first-time titlist this season. That is the most first-time winners in a season since 1999, when there were 16