Monfils One Win Away From Second London Berth

France's Gael Monfils is one win away from returning to the Nitto ATP Finals. The Frenchman rallied to beat Radu Albot of Moldova 4-6, 6-4, 6-1 and reach the Rolex Paris Masters quarter-finals on Thursday evening.

Monfils hit 12 aces and soaked up the Paris crowd support during the memorable comeback that saw him save seven of nine (78%) break points. Now the Frenchman needs to beat #NextGenATP Canadian Denis Shapovalov to secure a second trip to the season finale, to be held 10-17 November at The O2 in London. Monfils made his debut at the season-ending event in 2016.

Only one spot for the eight-man field remains as defending champion Alexander Zverev of Germany became the seventh player to qualify on Wednesday.

Jo-Wilfried Tsonga, the 2008 Paris champion, is also through to the quarter-finals, marking the first time at least two Frenchmen have reached the Paris quarter-finals since 2012, when three Frenchmen – Tsonga, Michael Llodra and Gilles Simon – did. Llodra and Simon went on to reach the semi-finals. 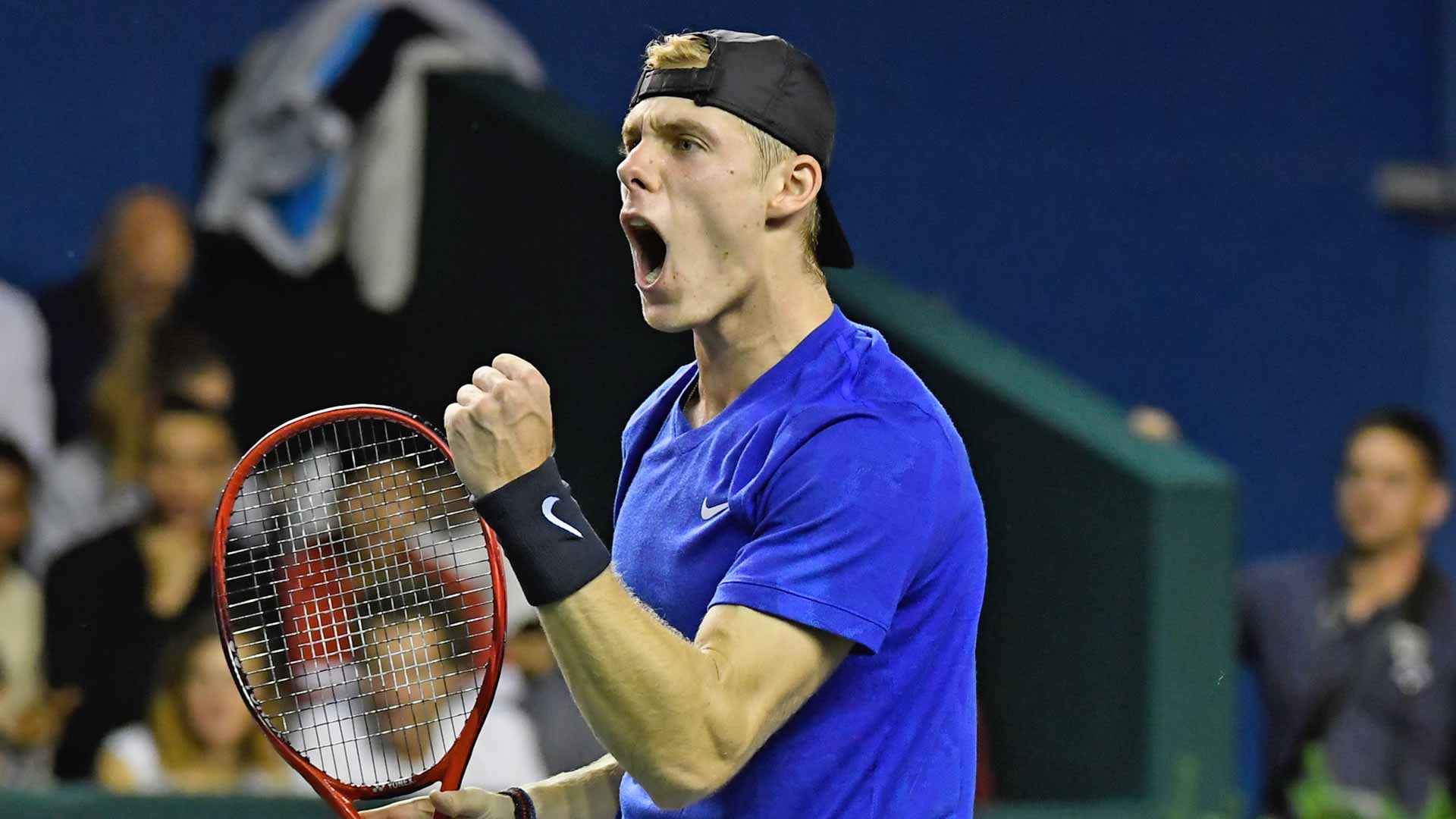 Shapovalov is playing his best tennis just in time for next week's Next Gen ATP Finals, which starts Tuesday at the Allianz Cloud in Milan. The 20-year-old Canadian earned his third Top 10 win and second of 2019, fighting past Zverev 6-2, 5-7, 6-2.

You May Also Like: 5 Things To Know About Shapovalov, Who Qualified For Milan

The match featured 30 break points, but Shapovalov came through the most, converting five of his 17 chances against Zverev. On 20 October, Shapovalov won his first ATP Tour title at the Intrum Stockholm Open and now he's into his fourth Masters 1000 quarter-final and second of the season (Miami).