Tiger Woods celebrated with Rafael Nadal's team after the Spaniard won a match at the 2017 US Open.

How Has Tiger Woods Kept Busy During Quarantine? Tennis!

Tiger Woods is undoubtedly one of the greatest golfers in history. How has he been spending his quarantine during the COVID-19 pandemic?

“There are a lot of things I hadn’t done in a long time and one, sport-wise and physically, is we were playing quite a bit of tennis,” Woods said during a virtual press conference on Tuesday. “That was very different and something I hadn’t done in a very long period of time because I hadn’t been able to do it physically."

Woods underwent back surgery in December 2016 that kept him off the course for more than a year. But now that he is healthy, he has enjoyed playing tennis.

“The kids enjoyed it,” Woods said. “We were able to do that in the backyard.”

The golf superstar has long been a tennis fan, remaining friends with some of the sport’s biggest stars, including Roger Federer and Rafael Nadal. Woods watched Nadal compete at last year’s US Open, where the Spaniard won his 19th Grand Slam trophy.

You May Also Like: Why Nadal Won't Show Tiger Woods His Golf Swing

Asked by ESPN personality Tom Rinaldi if he and Woods had ever teed it up together, Nadal quipped, "Honestly, it's much better if Tiger doesn't see my swing. Maybe he would lose a little bit of rhythm after that.”

Nadal, who plays golf right-handed, has a handicap in the low single digits. It’s safe to say he enjoyed playing in front of his friend. 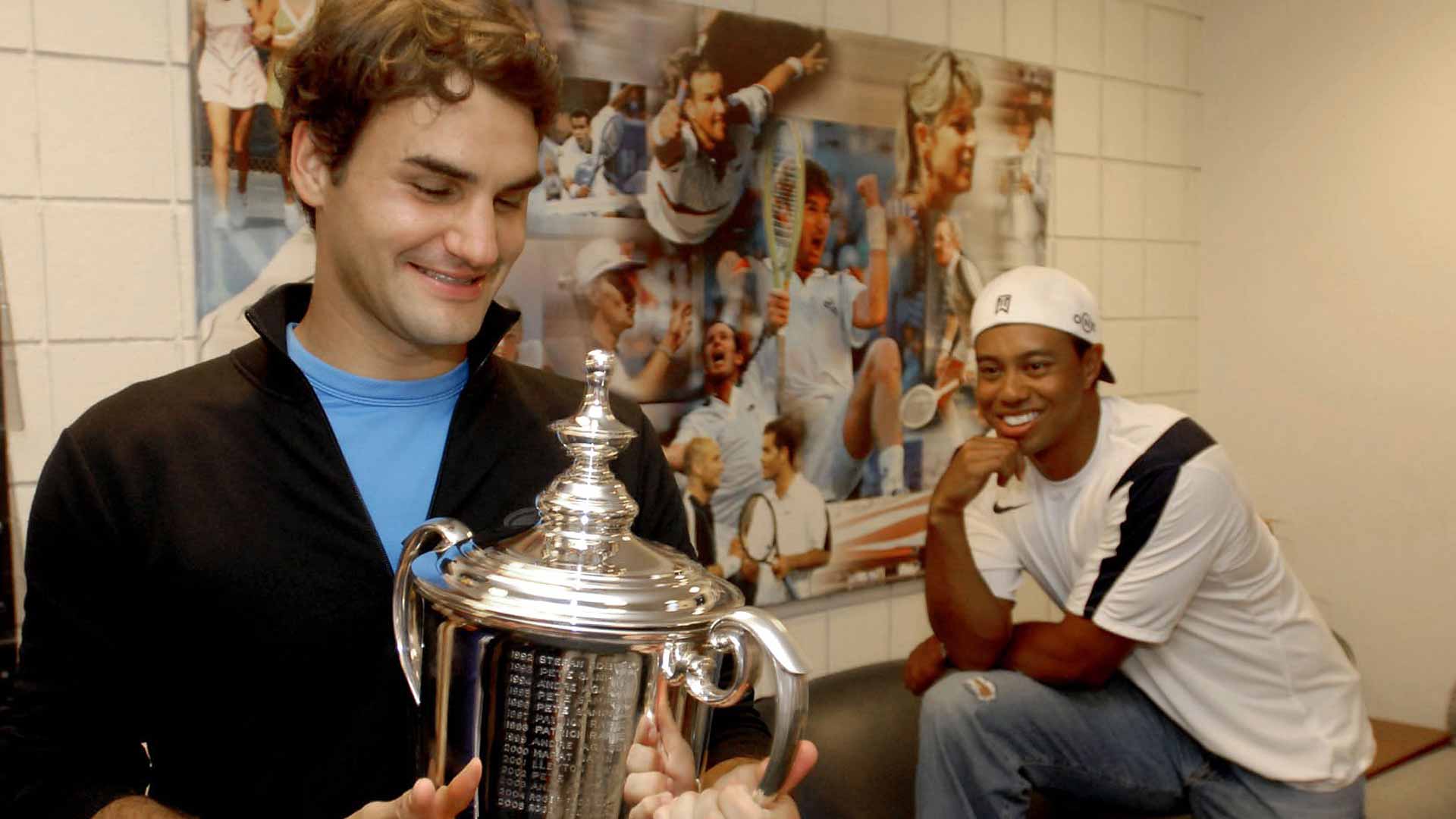 Woods also has a long history with Federer. The golfer watched from Federer’s box as the Swiss won the 2006 US Open. Just months later, ahead of the Tennis Masters Cup, Federer watched Woods compete in a tournament in Shanghai.

Both men have weathered late-career injuries to enjoy success. Woods complimented Federer after the Swiss won the 2017 Australian Open.

“For him to come back, after having to take that much time off, and for him to get the timing, that's the hardest part. Those courts were playing quick. You saw his first game, he framed about three or four of them. But once he found the groove, once he found the rhythm, Roger came back,” Woods said. “He rehabbed properly and you can tell how fast he's moving. He's shortened up points, changed his strategy around a little bit. Didn't hang around the baseline as long. I mean, as you get older, you change your game and you do things slightly differently, and he did that.”