ATP Staff
This article contains:
Learn what tactics Tsitsipas used in his first victory against the Russian

Stefanos Tsitsipas was on a mission Monday during his debut at the Nitto ATP Finals: avoid Daniil Medvedev's backhand. That strategy paid dividends for the Greek Star, who defeated Medvedev for the first time in their sixth FedEx ATP Head2Head meeting.

According to Hawkeye, a staggering 43 per cent of Tsitsipas' first serves were unreturned by Medvedev, who had won more than 31 per cent of his first-serve return points in 2019 entering the match.

You May Also Like: Tsitsipas Breaks Streak, Makes Perfect Start In London

Tsitsipas targeted Medvedev's forehand, aiming out wide in the deuce court and down the T in the ad court more than anywhere else.

Tsitsipas' first-serve domination proved key, as Medvedev put all of his second-serve returns into the court, winning 59 per cent of those points.

Even though he was not as successful behind his second serve, Tsitsipas was unrelenting in his strategy. The three-time ATP Tour champion did not go to Medvedev's backhand once in the ad court, and he only did so three times — a rate of 20 per cent — in the deuce court. And those three second serves were closer to being body serves than they were to the centre service line. 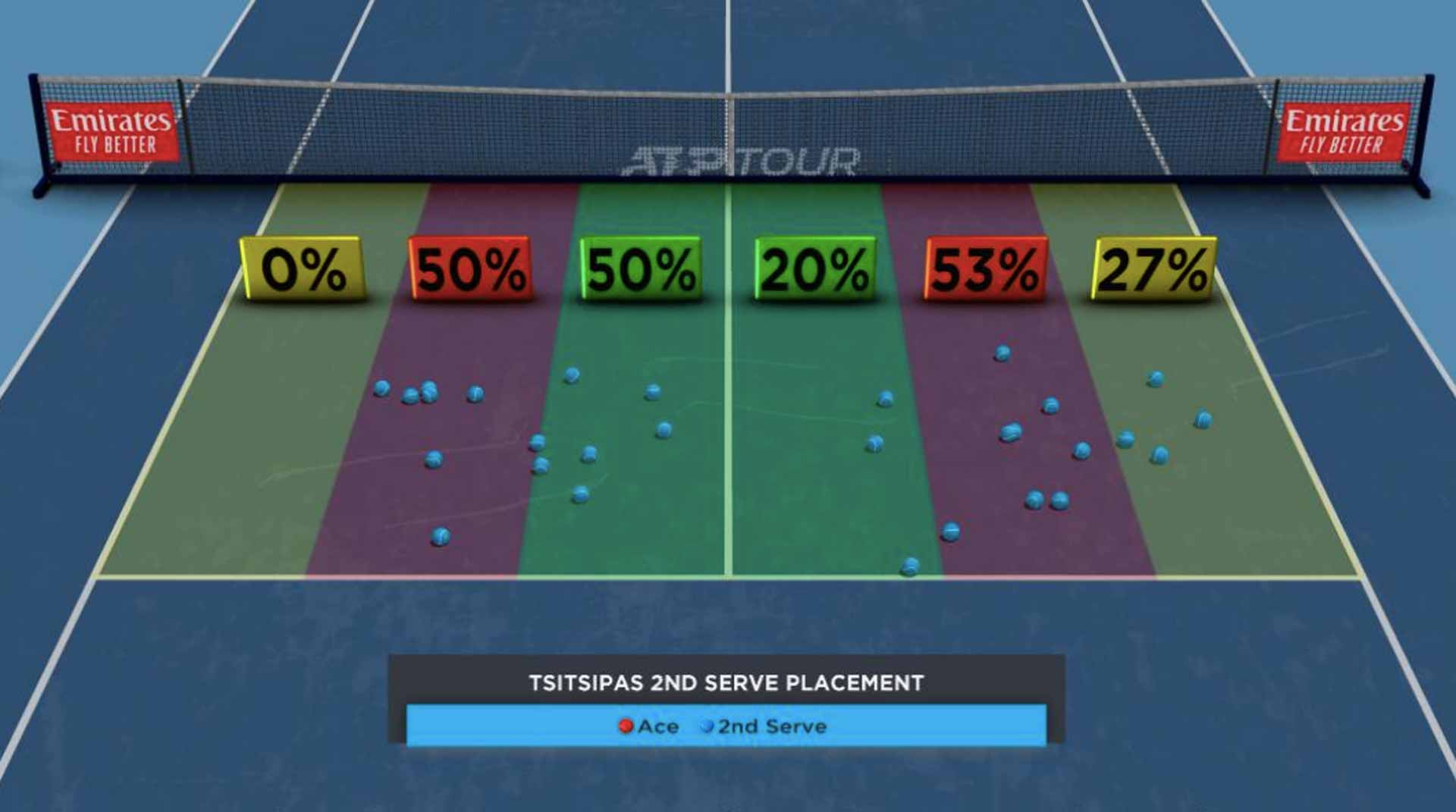 Medvedev camped deep in the court on return, especially when facing Tsitsipas' first serve. The Russian returned just one first serve from within three metres of the baseline. 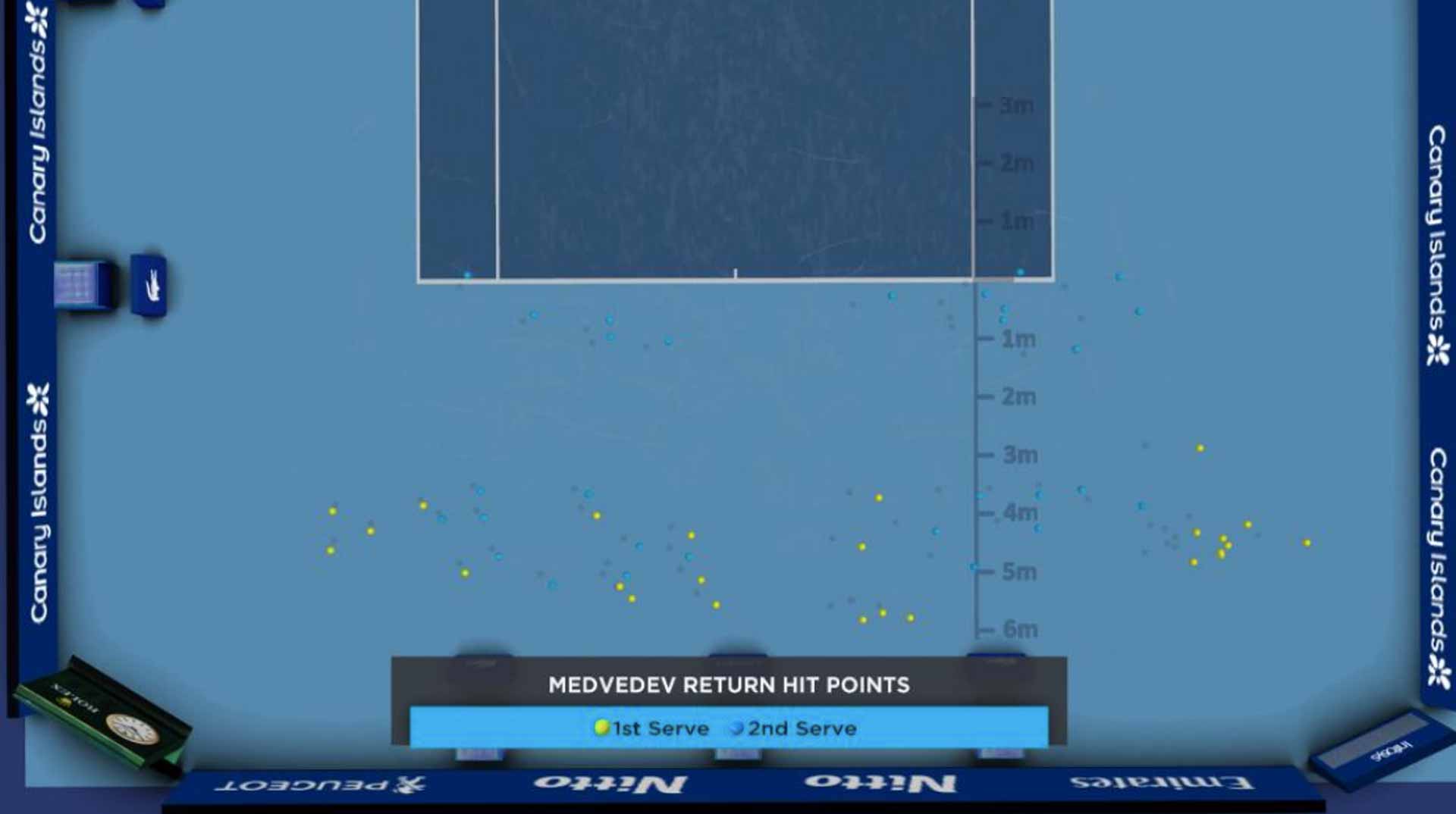 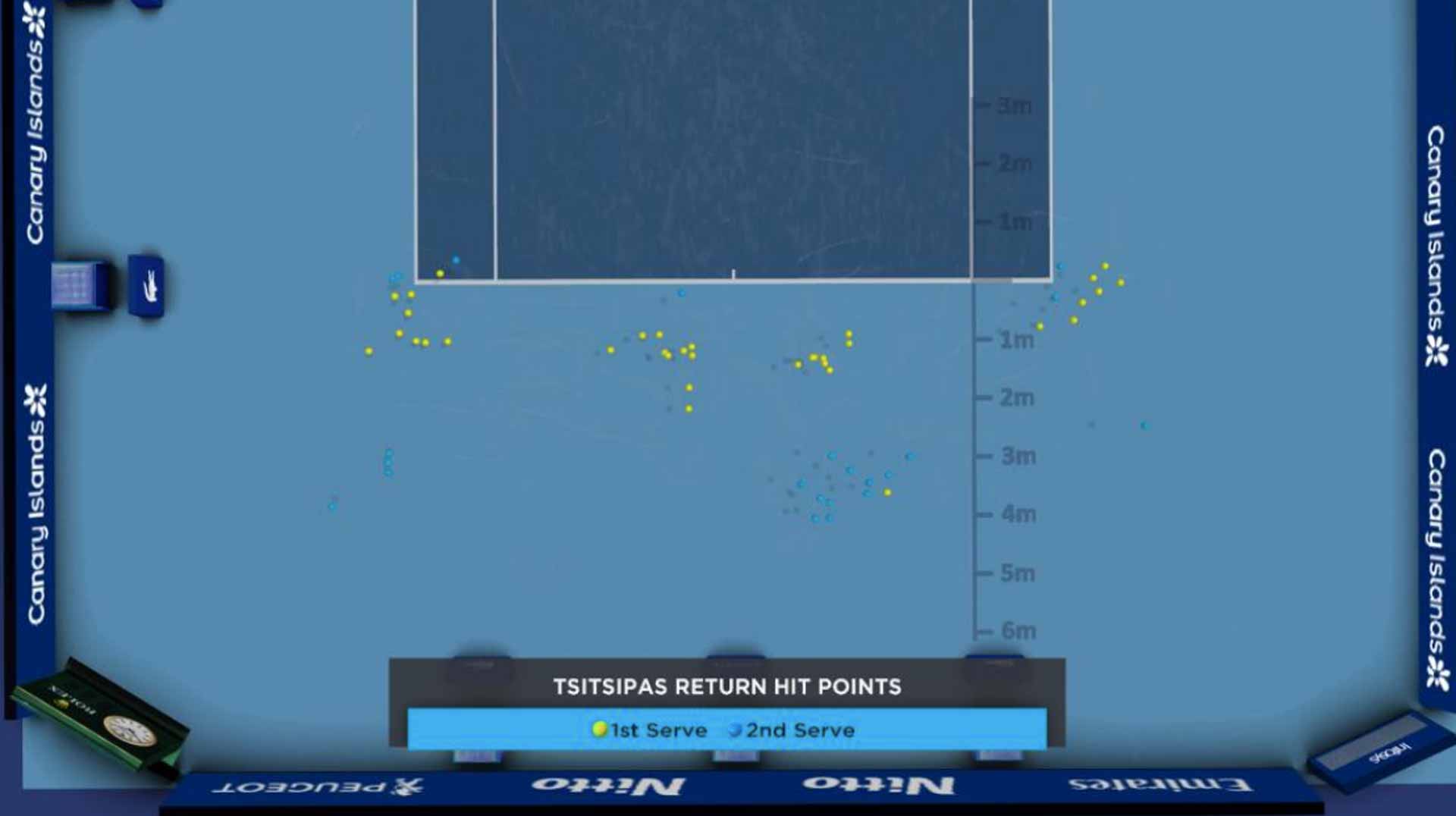 Tsitsipas carried his service strategy to baseline rallies, especially on the forehand side. The sixth seed struck 49 per cent of his forehands to Medvedev's forehand. 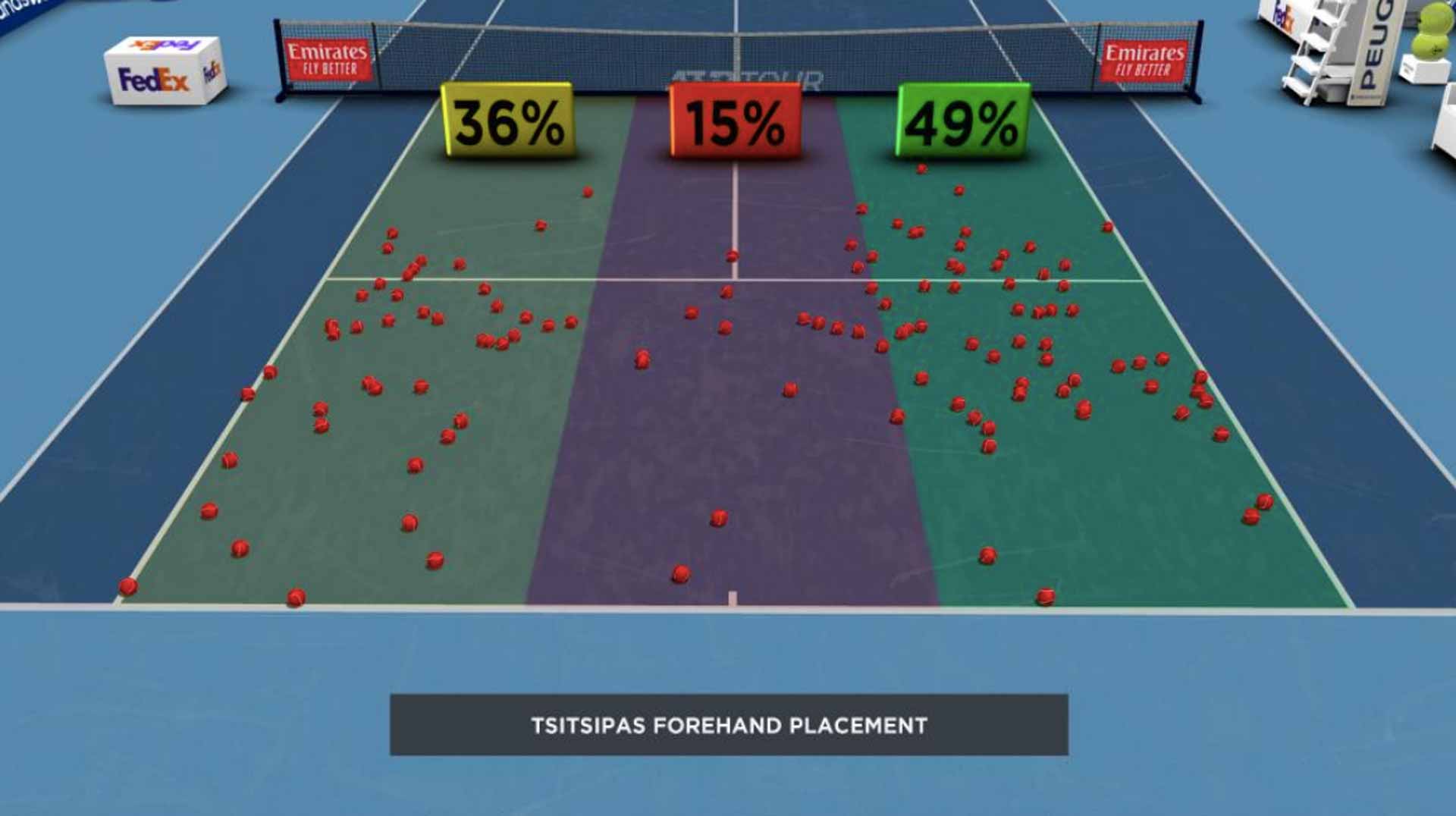 Medvedev was more intent on targeting Tsitsipas' backhand, hitting 47 per cent of his forehands down the line. Overall, the Russian went to the Greek's backhand 51 per cent of the time. 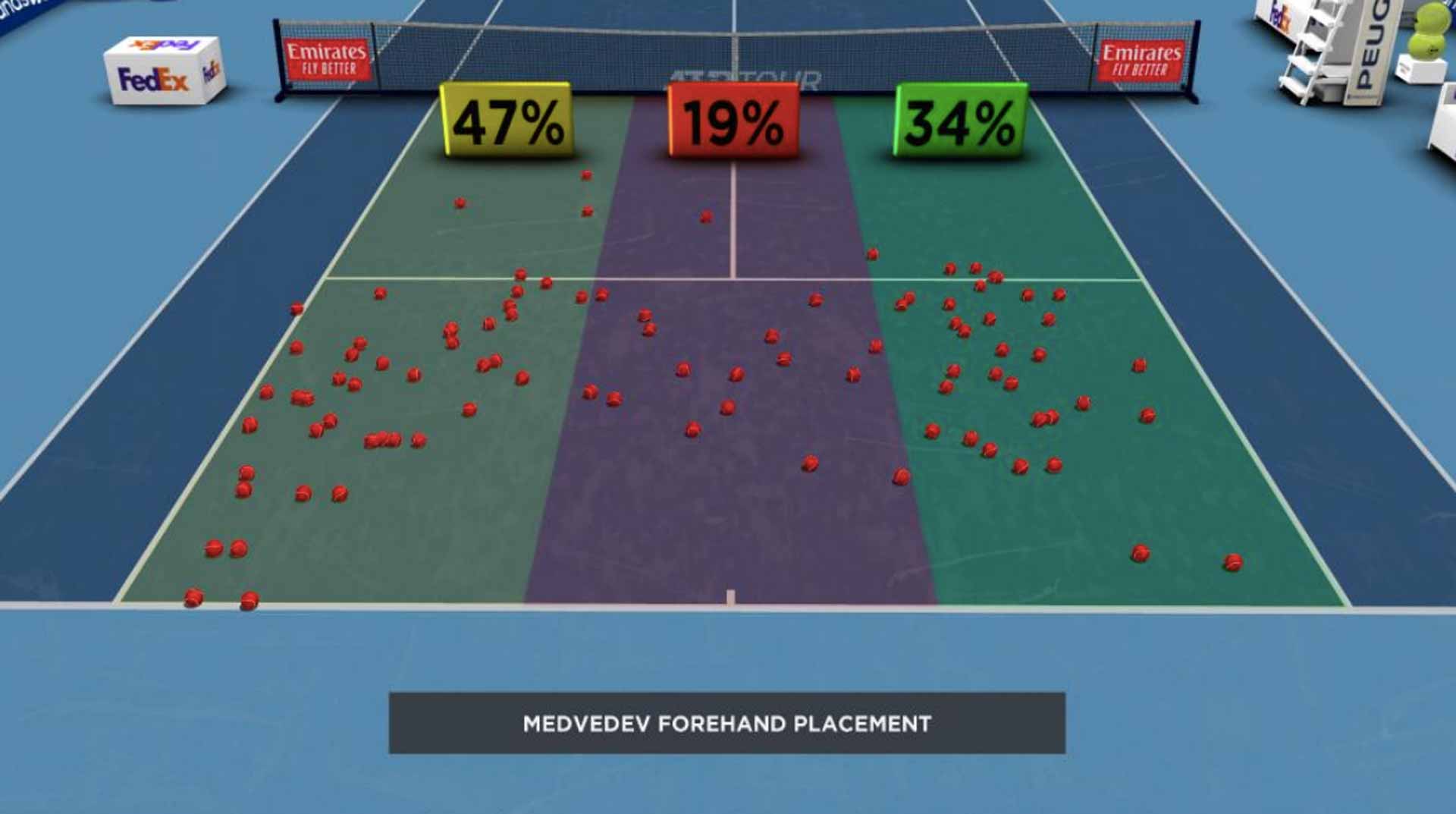 Early in the match, Medvedev contolled the longer rallies, winning eight of the 11 points that lasted more than nine shots in the first set. But Tsitsipas turned the tide in the second set, emerging victorious in five of eight rallies that lasted that long. And targeting Medvedev's forehand helped him earn what he called, "one of the most important victories of my career".