Rublev improves to 15-2 on the season

Stefanos Tsitsipas overcame a familiar foe on Wednesday at the Dubai Duty Free Tennis Championships. Five days on from beating Alexander Bublik en route to a successful title defence at the Open 13 Provence, second seed Tsitsipas defeated the Kazakhstani 7-6(1), 6-4 in one hour and 36 minutes for a place in the quarter-finals.

The 21-year-old Greek, who finished runner-up to Roger Federer in last year’s Dubai final, is now 9-4 on the 2020 season. He will next challenge Jan-Lennard Struff, who swept past Nikoloz Basilashvili 6-1, 6-0 in just 39 minutes.

“Things were going quite well, although we reached the tie-break in the first set,” said Tsitsipas. “I knew I needed to serve well and takes risks, which gave me confidence. I experimented a little bit with other things in the second set. I’m trying to save as much energy as I can on court. I’ve had two two-sets wins this week and I need to keep the right attitude on the court.”

Bublik recovered from 15/40 at 5-6 in the first set, saving the first set point with a gutsy serve-volley play, and then an unreturned serve. But Tsitsipas was aggressive in a near-perfect tie-break to take the 54-minute set.

Tsitsipas dug deep at 3-4 in the second set, saving four break points, then gained a break to love in the next game when Bublik overhit a forehand. Tsitsipas completed his ninth match win of the year with a backhand slice winner. 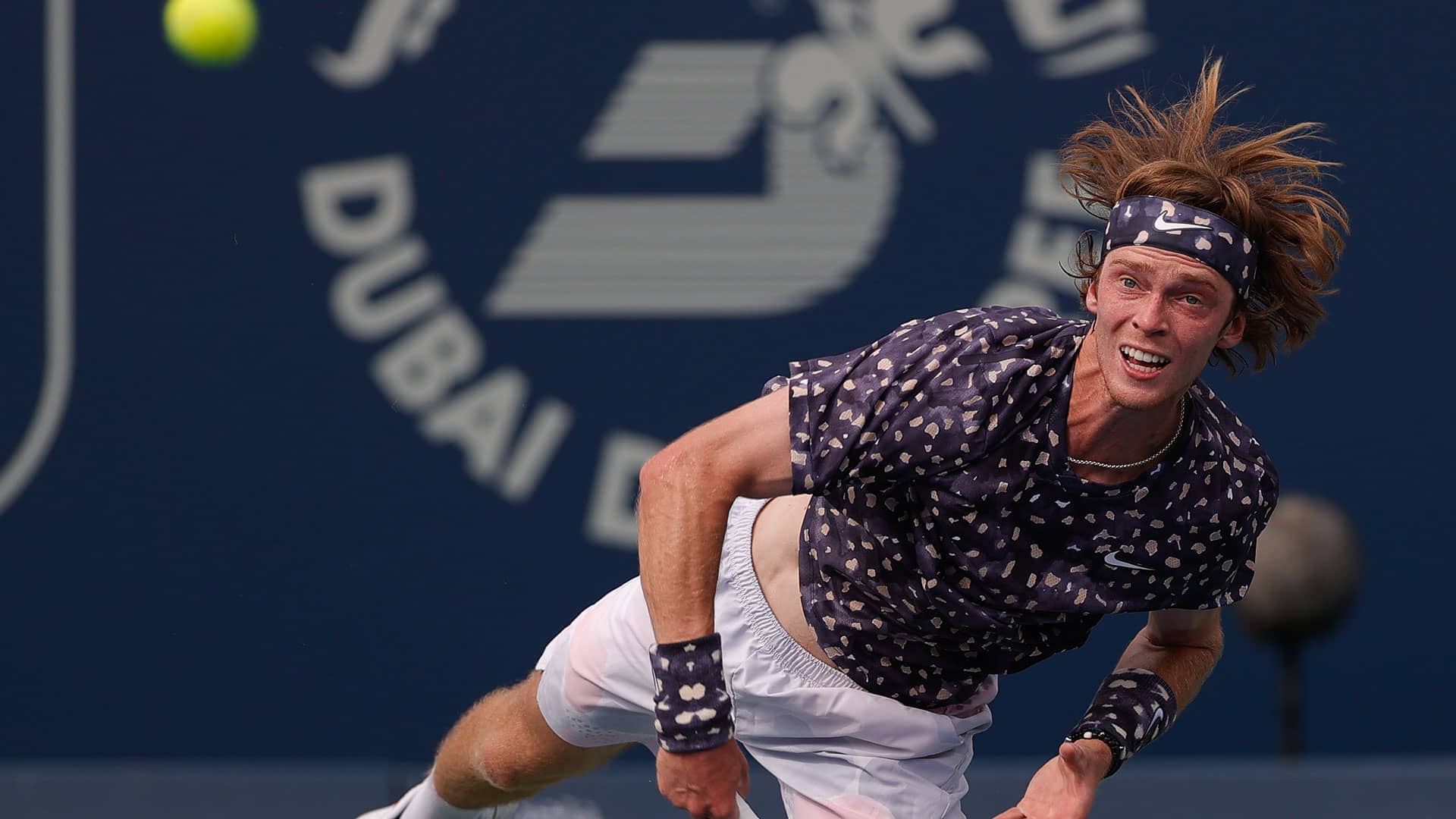 Andrey Rublev needed to fight hard on Wednesday afternoon at the Aviation Club. The sixth-seeded Russian, who improved to 15-2 on the season, avenged his recent ABN AMRO World Tennis Tournament quarter-final loss to Filip Krajinovic in a 7-6(3), 6-0 victory over one hour and 41 minutes.

Rublev recovered from 1-4 down in the first set, prior to saving one set point with Krajinovic serving at 5-3, 40/30. The Serbian hit a backhand approach only to see Rublev strike a forehand passing shot. Rublev closed out the tie-break with his fifth ace and dominated the second set, with Krajinovic winning only 10 points.

“He had so many chances, two breaks and serving with one set point,” said Rublev, who hit 32 winners in their fourth ATP Head2Head meeting. “There was no key, I was just lucky and broke back. It wasn’t in these conditions. I knew it wasn’t going to be easy as I lost to him two weeks ago in Rotterdam.”

Rublev will next play Briton’s Daniel Evans, who saved three match points in the deciding set tie-break of a 7-5, 3-6, 7-6(7) victory over Pierre-Hugues Herbert of France in two hours and 47 minutes. Herbert, who struck 17 aces, failed to convert match points at 6/4 and 7/6. Evans closed out with a forehand winner.