Marcos Giron had one tour-level win before the 2019 BNP Paribas Open in Indian Wells.

Jonathon Braden
This article contains:
American faces Raonic for a place in the fourth round

Marcos Giron saw his third-round run at the BNP Paribas Open coming, only four years earlier. In 2014, he won the NCAA men's singles championship. A few months later, he pushed John Isner at the US Open. Giron was the Next Big Thing in American tennis.

But whose early career – in any profession – goes as planned? Giron, away from the college atmosphere – coaches, teammates, crowds – and injured – he'd need two hip surgeries – questioned everything. “The reality is it's tough,” he told ATPTour.com.

You May Also Like: Giron Grabs First Challenger Crown In Orlando

A year ago, he was playing in California in March, but at a Futures event in Calabasas, where Giron reached the final and, for prize money, took home $2,120. At other Futures events, he'd look around, see empty aluminum bleachers void of a support team or coaches, and think, “This is about as far from Indian Wells or the US Open as it can be.”

This week, however, he's one of the stories of Indian Wells. Giron had one tour-level win before BNP Paribas Open. But he qualified, beat No. 33 Jeremy Chardy and Sydney International titlist Alex de Minaur to make the third round, where he faces 2016 finalist Milos Raonic on Monday.

“I didn't expect to be here in the third round,” Giron said, “but I also have been working hard, and I've been playing well so I'm happy to see the hard work that I've been putting in, not just in the off-season but throughout the years, paying off.”

In November 2015, Giron felt he was close to this type of run. He beat Aussie John Millman to make the quarter-finals of an ATP Challenger Tour event in Canberra.

But the hip pain that had bothered him on and off since his NCAA title kept flaring up every few matches, and he underwent two surgeries in December 2015 – right hip – and February 2016 – left hip – to fix two hip labral tears. The labrum keeps the ball stable within the hip socket, and doctors shaved down his hip bones that were wearing down cartilage.

“Players are too good for you not to be at your best,” Giron said. 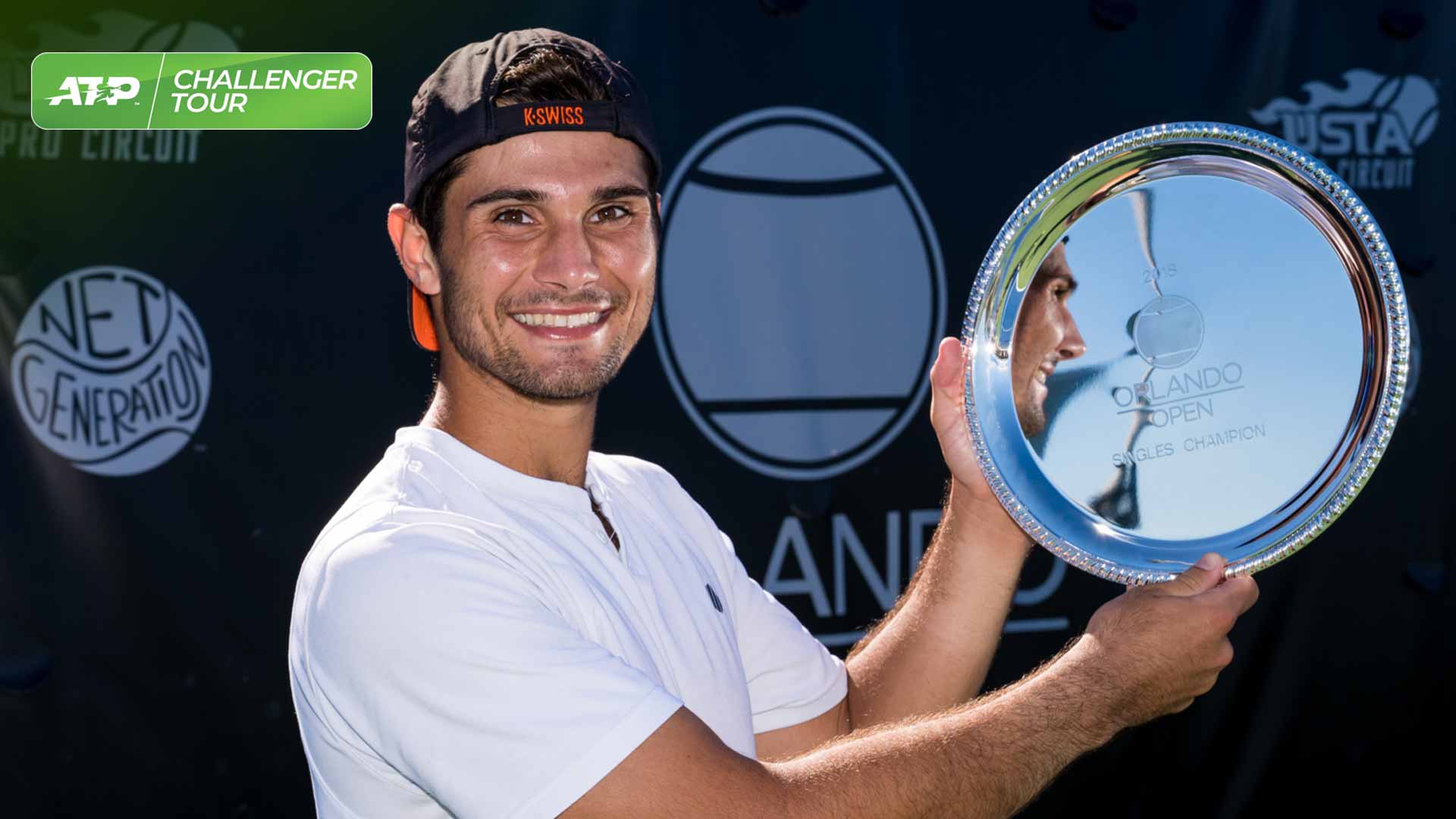 During his time off, he stayed in tennis, volunteering as an assistant coach at his alma mater, UCLA, and taking a class towards his economics degree – he turned professional a year before graduation.

Ranked No. 632, Giron made his return at a Futures event in Irvine, California, where he made the quarter-finals and, in prize money, earned $292. “There were definitely some tough moments, but I just kept in mind that I loved to play tennis. I loved to compete,” he said.

“To be on the same court and realise, I can really play with these guys, I think that was an amazing moment and brought me back to believing I can compete,” Giron said.

In December, his comeback gained more momentum after he partnered, through the USTA, with coach Peter Lucassen, former coach of Americans Steve Johnson and Ryan Harrison.

Giron also spent time working with USTA staff at the USTA National Campus in Orlando, and that month, he won his first ATP Challenger Tour title at the Orlando Open.

He and Lucassen have talked through how to get out of ruts – in matches or during off stretches during the season. “It's planning the night before, figuring out what is your Plan A, Plan B, Plan C. If this works, keep going, if it doesn't work... and also going to bed thinking about it and keeping it in mind,” said Giron, who also has worked with coach Christian Groh for years.

He has relied on that training this week in Indian Wells. De Minaur won the first set 6-1 in 22 minutes against Giron. But he forgot about the false start and let loose in the second, winning 12 of the final 18 games.

Last year, Lucassen told ATPTour.com, “He probably could have talked himself out of the match.”

Giron, like many tennis players, would find reasons why he was doomed – the opponent, the conditions, the balls. “Sometimes he could be a commentator on the court. He's way more focused. He's less distracted on the court,” said Lucassen, who emphasised the work Groh and the USTA staff have done with Giron.

It's been a paradigm shift for Giron, Lucassen said: “Being ready for your adjustments that you need to make instead of complaining, 'Oh, it's not there that day.' But there's always opportunities to find that Plan B, or to get through a match.”

Giron thinks his new mental outlook that's helped him in Indian Wells will carry him all season. Sure, his run has come years later than he thought, but he's earned this spotlight.

“Many times last year I would let things carry over, maybe I'd lose one week and I'd be in a similar situation the next week, and I'd let it affect me rather than learning from it,” Giron said. “I'm trying to be more resilient, to be honest, just keep fighting every single point. Whether I'm down a set or a break or up, just keep fighting.”