Italian teen Jannik Sinner will make his Grand Slam debut after qualifying at the US Open.

On Friday, the dream became reality for 16 players at the US Open. As the qualifying competition concluded under cloudy skies, some booked their spots in the main draw for the first time, while others confirmed their return to the big show at Flushing Meadows.

Rain delayed the start of play by two hours, but that did not deter Jannik Sinner. At the ripe age of 18, the Italian made a statement in fighting through to the main draw. One day after he saved two match points, rallying from a break down in the third set against Viktor Galovic, he cruised past Mario Vilella Martinez to qualify.

The surging #NextGenATP star prevailed 7-6(1), 6-0 in just 72 minutes, carrying an impressive run of form to New York after capturing his second ATP Challenger Tour title in Lexington earlier this month. Having turned 18 just one week ago, he is the youngest player in the US Open main draw.

"It feels good," said Sinner. "I'm really happy to reach the main draw in the US Open. I've been trying to improve my game and make new experiences and I'm just really happy to make it through the qualies. Today I was playing much better than yesterday. I played my game and controlled the match."

Sinner opens against Stan Wawrinka, joining American Jenson Brooksby as teenage qualifiers. The 18-year-old Brooksby, a native of Sacramento, California, is the lone American to emerge from qualifying after ousting Pedro Martinez 6-3, 6-7(4), 6-3. 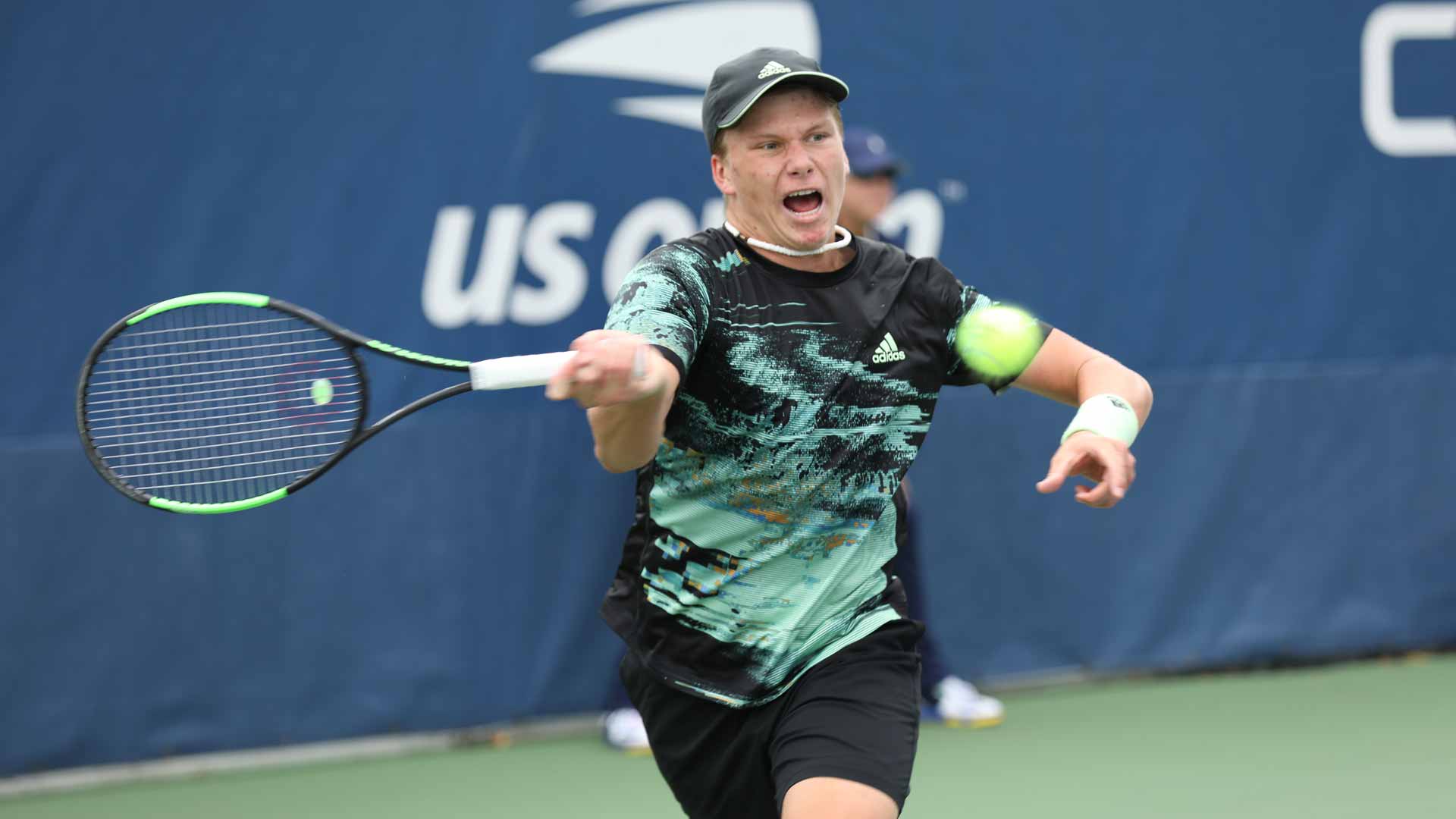 Also punching his ticket was Hyeon Chung. The former World No. 19 is on the comeback trail after returning from a six-month injury absence (back). He would cruise into his fourth US Open main draw, not dropping more than three games in a set all week.

Chung, who lifted the trophy at the Chengdu Challenger in his comeback debut, is a staggering 11-1 since returning to action at the start of the month. He will open against Ernesto Escobedo after dismissing Mikael Ymer 6-1, 6-3 in Friday's qualifying finale. Chung joins Soon-woo Kwon as Koreans in the main draw of the US Open after his countryman overcame Steven Diez 4-6, 6-3, 6-3 on Court 13.

In other action, Dominik Koepfer continued his strong run of form, defeating Yasutaka Uchiyama 6-3, 6-4 to make his US Open debut. The 25-year-old German, who teamed up with former pro Rhyne Williams at the start of the year, is making a Top 100 push after claiming his maiden Challenger title in Ilkley and winning a round at Wimbledon. He is up to a career-high No. 113 in the ATP Rankings and will face Jaume Munar in the first round. 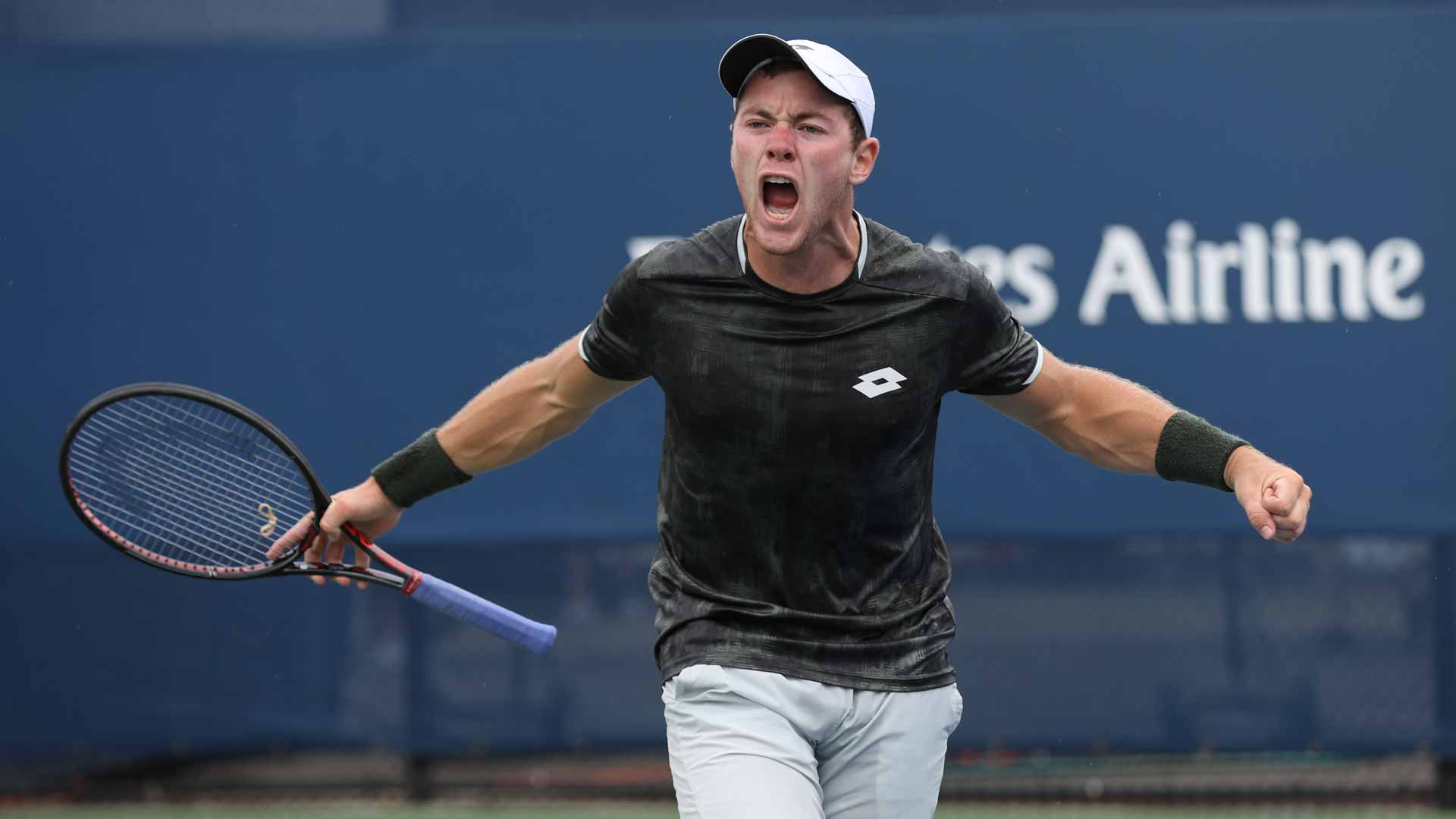 In addition to Sinner, other first-time Grand Slam qualifiers include Egor Gerasimov of Belarus and Sumit Nagal of India. Nagal will be thrown into the spotlight against Roger Federer in Monday's night session after overcoming Joao Menezes 5-7, 6-4, 6-3. He stormed back from a set and 0-3 down to qualify on Court 4.

"It feels amazing," said Nagal. "The last three Grand Slams I played I was in qualies and I didn't win a round. Here was also very difficult with many players who used to be Top 100. I played a long first round against Tatsuma Ito and once I won the first set it got better. Yesterday I played Peter Polansky, who can do anything on the court. He's so tough. And everyone was feeling the humidity.

"Today it was a rollercoaster. I was telling myself to hold on and stay there. Fight for a game. He was hitting good shots and I wanted to stay close and wait for my moment to break. When he starts missing shots, he keeps missing and missing. Playing main draw of a Slam feels great."