Josh Meiseles
This article contains:
Players compete on four continents as season winds to a close

This week, the game's elite are vying for the ATP World Tour's biggest prize in London - the Nitto ATP Finals crown. Led by year-end No. 1 Novak Djokovic, the prestigious tournament marks the conclusion of the tour-level calendar.

But the eight best players in the world aren't the only ones battling for significant honours. The stars of the ATP Challenger Tour are jockeying for position in the ATP Rankings in the final weeks of the season. Coveted year-end Top 100 berths are at stake in tournaments across the globe.

This week, the latter stages are upon us at a pair of $150,000 events - in Bangalore, India and Houston, USA - as well as indoor tournaments in Champaign, USA and Kobe, Japan. The last clay-court event of the year is also being held in Buenos Aires, Argentina. And critical ATP Rankings points will also be up for grabs next week as the season concludes in Pune, India and Andria, Italy.

So, why is this so important? As many players have already begun their much-needed offseason rest and relaxation, the frantic finish on the Challenger circuit carries great significance for those battling for Australian Open main draw spots and direct entry into many ATP World Tour events in 2019.

Storylines abound for those on the precipice of finishing the year inside the Top 100... 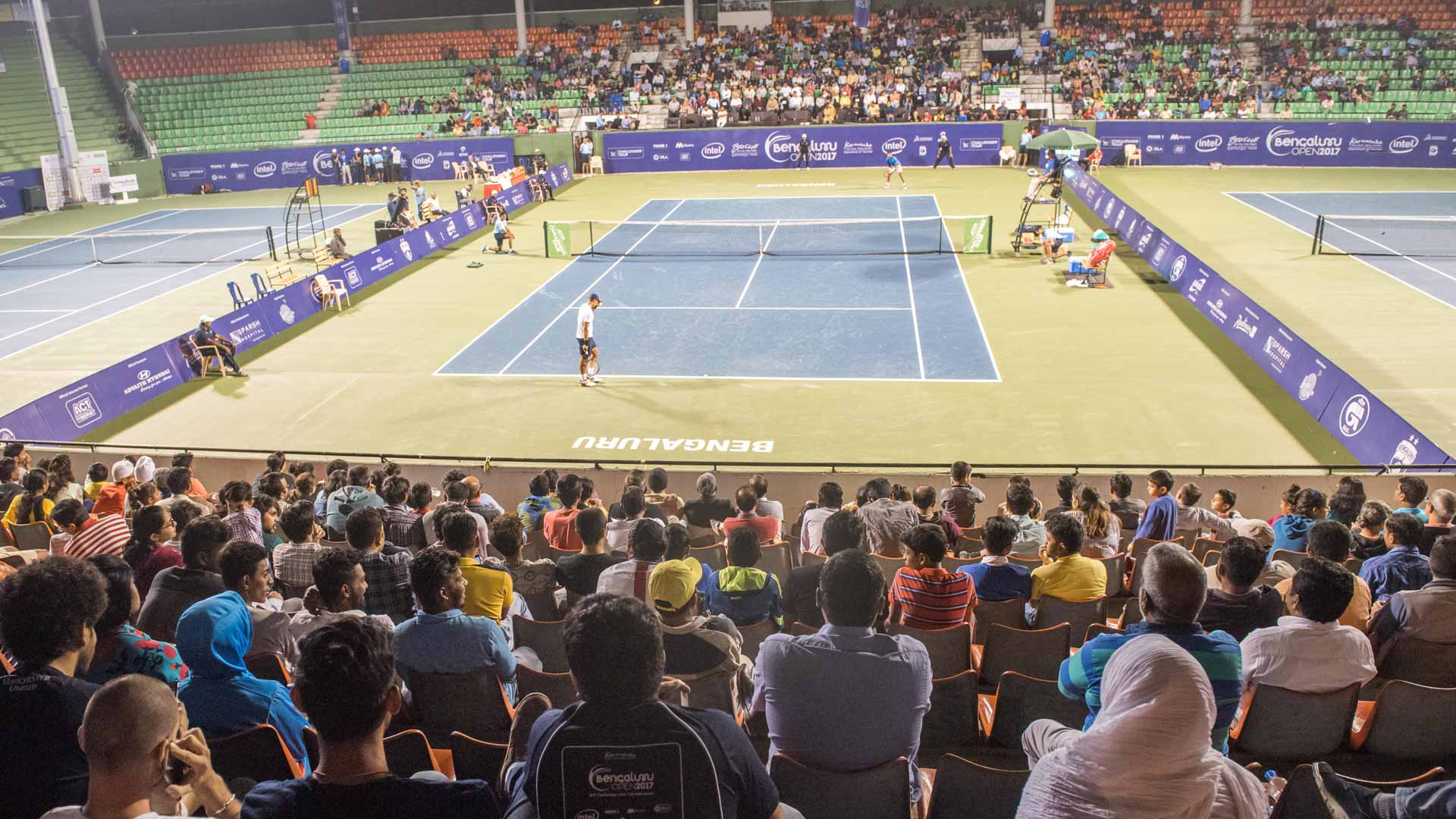 Pablo Andujar (Buenos Aires)
In Buenos Aires, former World No. 32 Andujar looks to complete his comeback from three elbow surgeries. Ranked as low as World No. 1,824 on 12 February, the Spaniard lifted a Challenger trophy in Alicante, Spain and fourth ATP World Tour crown in Marrakech. Now at No. 99 in the ATP Rankings, he is into the quarter-finals at the Challenger de Buenos Aires presentado por Mostaza and is scheduled to compete on the indoor carpet courts of Andria next week. The 1,700+ spot leap to the Top 100 would be the biggest of the year.

Ivo Karlovic (Houston)
In Houston, Karlovic is bidding to complete a comeback of his own. The all-time aces leader and former World No. 14 is riding a Challenger surge in his quest to return to the Top 100. He would be just the third player aged 39 & older to reach the milestone at season's end, joining Jimmy Connors and Ken Rosewall. The oldest titlist in Challenger history - in Calgary last month - he is into the quarter-finals at the Oracle Challenger Series Houston. Entering the week at No. 102 in the ATP Rankings, Karlovic is on the cusp of achieving his season-long goal.

Bradley Klahn (Houston)
Also in Houston, Klahn is looking to complete a dream run to the year-end Top 100 as he bids for the title on the campus of Rice University. The American, who was sidelined for 21 months from 2015-16 after undergoing back surgery, finally returned to the Top 100 after last appearing in the club four years ago. Currently at No. 97, he joins Karlovic in the quarter-finals at the $150,000 event.

Reilly Opelka (Champaign)
Opelka is bidding to make his Top 100 debut a special one, needing to win the title at this week's JSM Challenger of Champaign-Urbana to break into the club. The #NextGenATP American is on a hot streak after lifting the trophy in Knoxville last week and reaching the semis in Champaign. Opelka is in fourth place among win-loss percentage leaders (.744) on the ATP Challenger Tour this year. Having sat outside the Top 200 in May, he is up to No. 116 in the ATP Rankings.

You May Also Like: Challenger Q&A: Opelka Nears Top 100 With Knoxville Crown

Prajnesh Gunneswaran (Bangalore & Pune)
In 2018, Yuki Bhambri completed an impressive return to the Top 100 after recovering from an elbow injury. But it has been many years since another player from India (Devvarman in 2014) cracked the century mark. That could all change in the near future, with the season-ending two-week Indian swing underway. Prajnesh Gunneswaran is up to career-high No. 141 in the ATP Rankings and is into the semi-finals at the $150,000 event in Bangalore. He is projected to move up at least 13 spots and could rise even higher with the $50,000 event in Pune coming up next week.

Also In The Hunt
At No. 100, Thomas Fabbiano is squarely on the bubble, as is No. 101 Radu Albot, No. 103 Michael Mmoh and No. 104 Pedro Sousa. Albot and Sousa both had opportunities to move up this week, but suffered first-round defeats in Bangalore and Buenos Aires, respectively. Albot is in action at next week's finale in Pune.

Also slated to compete in the final week of the season are No. 108 Lorenzo Sonego and No. 115 Paolo Lorenzi, both on home soil in Andria.

Note: In addition, Ugo Humbert will look to build on his current standing of No. 98 in Andria, as he bids for a first year-end Top 100 finish. However, the #NextGenATP Frenchman is guaranteed to start the 2019 season as low as No. 115 after ITF Futures points come off on January 1. He is a three-time winner on the Futures circuit this year. Starting in 2019, all points earned at the level will be applied to the newly formed ITF transition tour. Only points earned at the ATP Challenger Tour, ATP World Tour and Grand Slams will go towards a player's ATP Ranking.