Ivan Lendl, who has coached former World No. 1 Andy Murray, is now a part of World No. 4 Alexander Zverev's team.

Zverev: I'm With Lendl To Win The Biggest Tournaments

After losing a five-setter against Ernests Gulbis at Wimbledon, Alexander Zverev began to think it was the perfect time to try something new. At the time, he was No. 3 in the ATP Rankings and had recently earned his third ATP World Tour Masters 1000 title in Madrid.

But the 21-year-old wanted more, and he took a step toward achieving more by adding both a proven coach and player to his team ahead of the US Open: former World No. 1 Ivan Lendl.

“The reason I'm with him is to compete and win the biggest tournaments in the world,” Zverev said. “That's the only reason he would join, as well. It's great having him here. Hopefully it will show in the results.”

Jez Green, Zverev’s fitness coach, worked with former World No. 1 Andy Murray during one of Lendl’s stints with Scot’s team. So between Lendl’s previous coaching success and his experience with members of the German’s team, it was a perfect fit.

“He's a smart man, a great guy. Done it as a player, done it as a coach, so he knows what it takes,” Zverev said. “He knows how to do it. He knows how to make the best players even better. This is why I took him.” 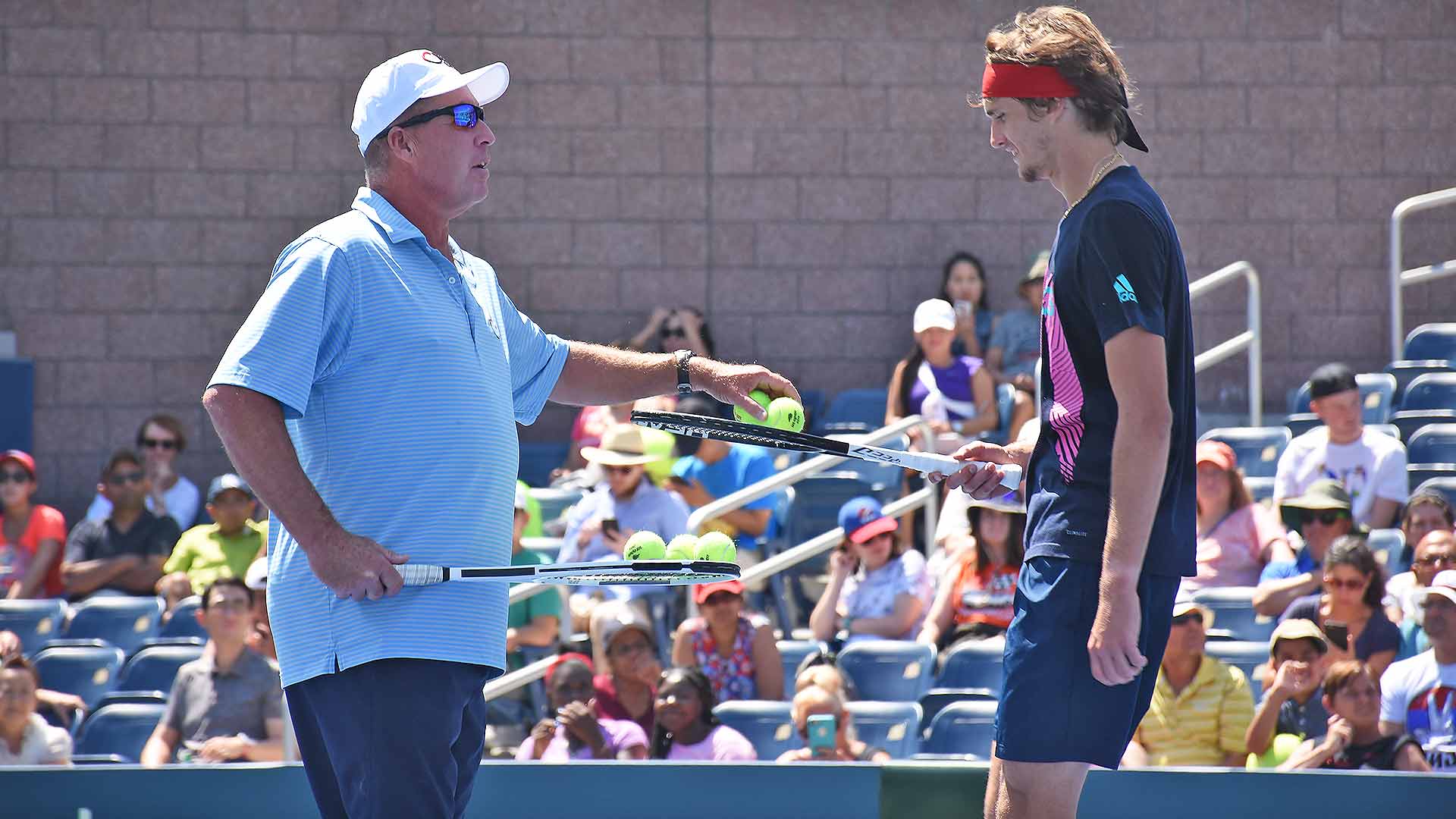 Zverev’s father, Alexander Zverev Sr., is still one of his coaches. But Lendl is another set of eyes and a mentor who can give the World No. 4 insight into the mind of a man who himself won 94 tour-level titles and 1,068 matches.

You May Also Like: Zverev Hires Lendl Ahead Of The US Open

It’s not that Zverev has been unsuccessful before hiring Lendl. In fact, the opposite is true. The Monte-Carlo-resident leads the ATP World Tour in 2018 with 43 match wins. In second is World No. 1 Rafael Nadal, who owns 40. But to Zverev, Lendl could add that little bit more to his corner to help him continue his ascent.

Zverev will hope his early work with Lendl could pay immediate dividends in Flushing Meadows. One year ago, he was arguably one of the hottest players on tour, fresh off triumphs in Washington, D.C. and Montreal. But his tournament came to a screeching halt in the second round against Borna Coric, his third exit by the second round in three New York-appearances.

“Last year I was a little burnt out,” Zverev said. “Last year I played a lot, I won a lot. Mentally it was tough for me because everybody saw me for the first time as a favorite. That was new for me, as well. Expectations got ahead of me a little bit.

And maybe with Lendl in his corner, Zverev could find his top level at the USTA Billie Jean King National Tennis Center, where he begins his campaign against Peter Polansky. For now, there’s no timeframe on this new player-coach relationship.

“As long as it works,” Zverev said. “If I win the US Open here, it's going to be probably a little while.”