Alicante Set For Challenger Return
The ATP Challenger Tour returns to the east coast of Spain, to the city of Villena, with the Ferrero Challenger Open in 2018. The tournament is named for former World No. 1 and local native Juan Carlos Ferrero and it is the first Challenger tournament in the region of Alicante since 1996. After three surgeries, home hope Pablo Andujar celebrated his first pro title in four years in the tournament's inaugural edition. 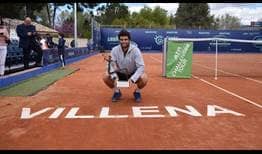 Pablo Andujar returns to the winners' circle for the first time in four years, at the ATP Challenger Tour event in Alicante. 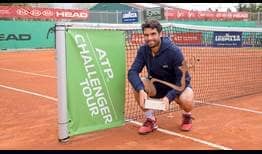