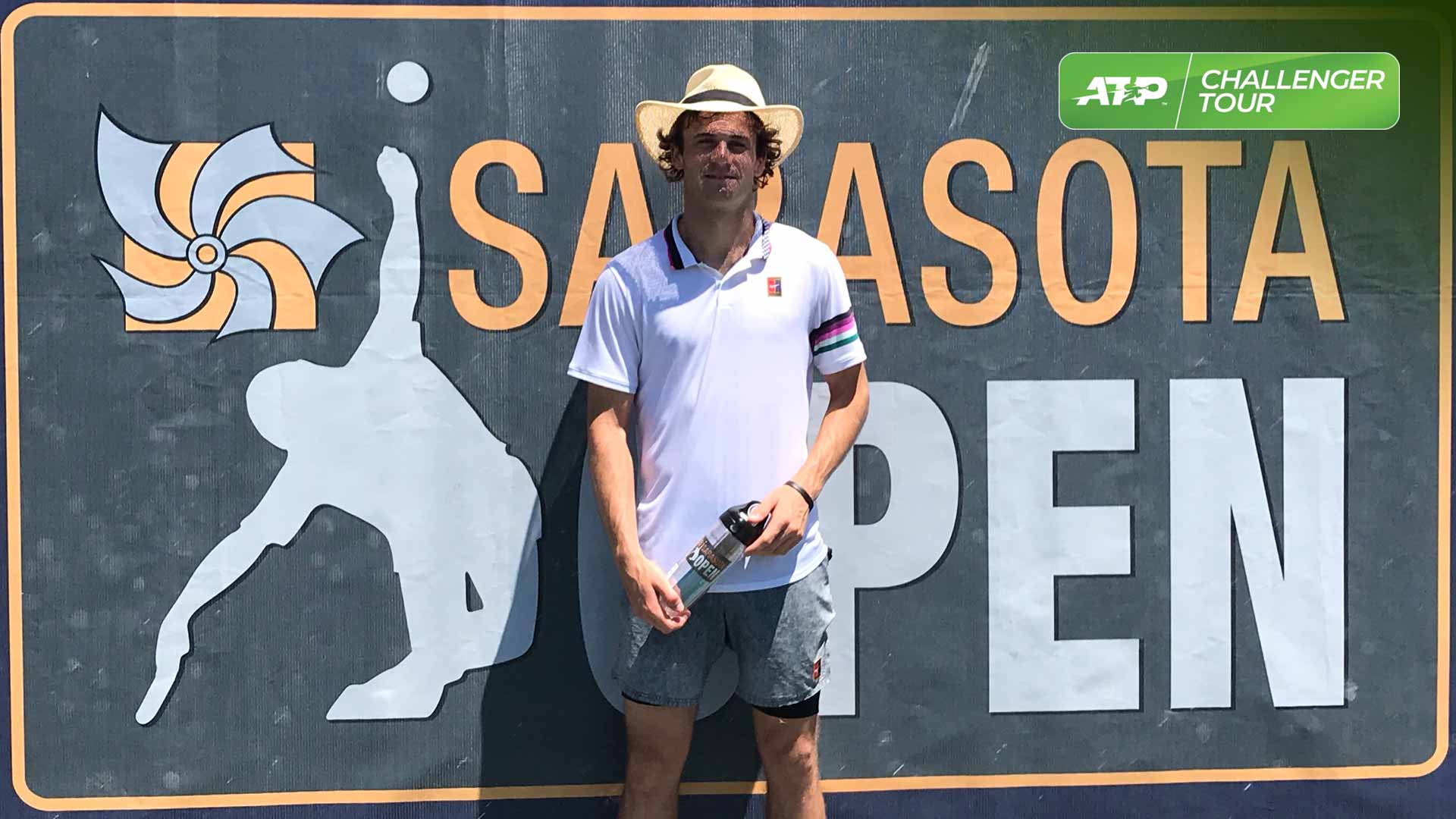 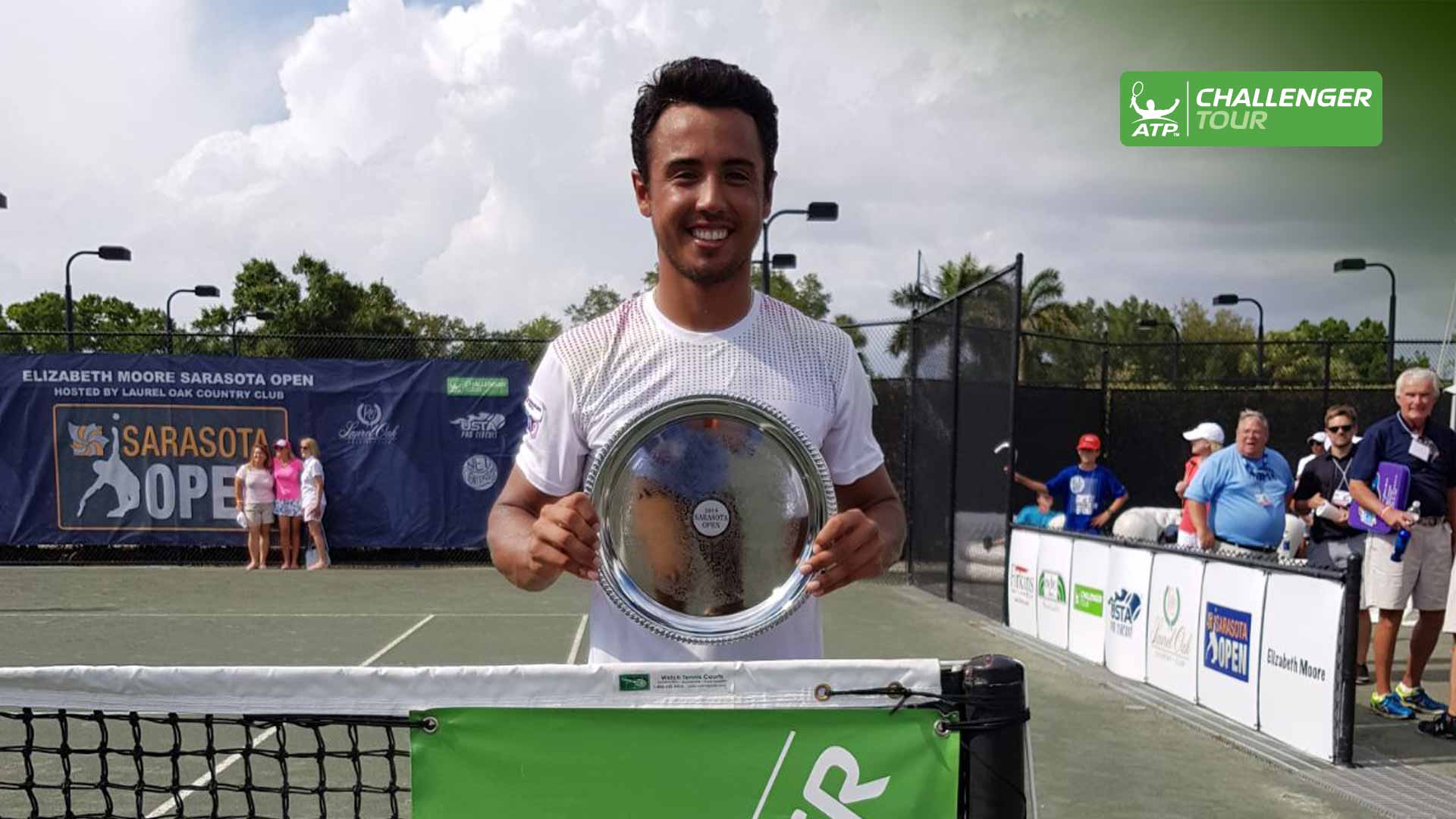 Reilly Opelka kicks off his clay-court campaign with a semi-final appearance at the Sarasota Open. 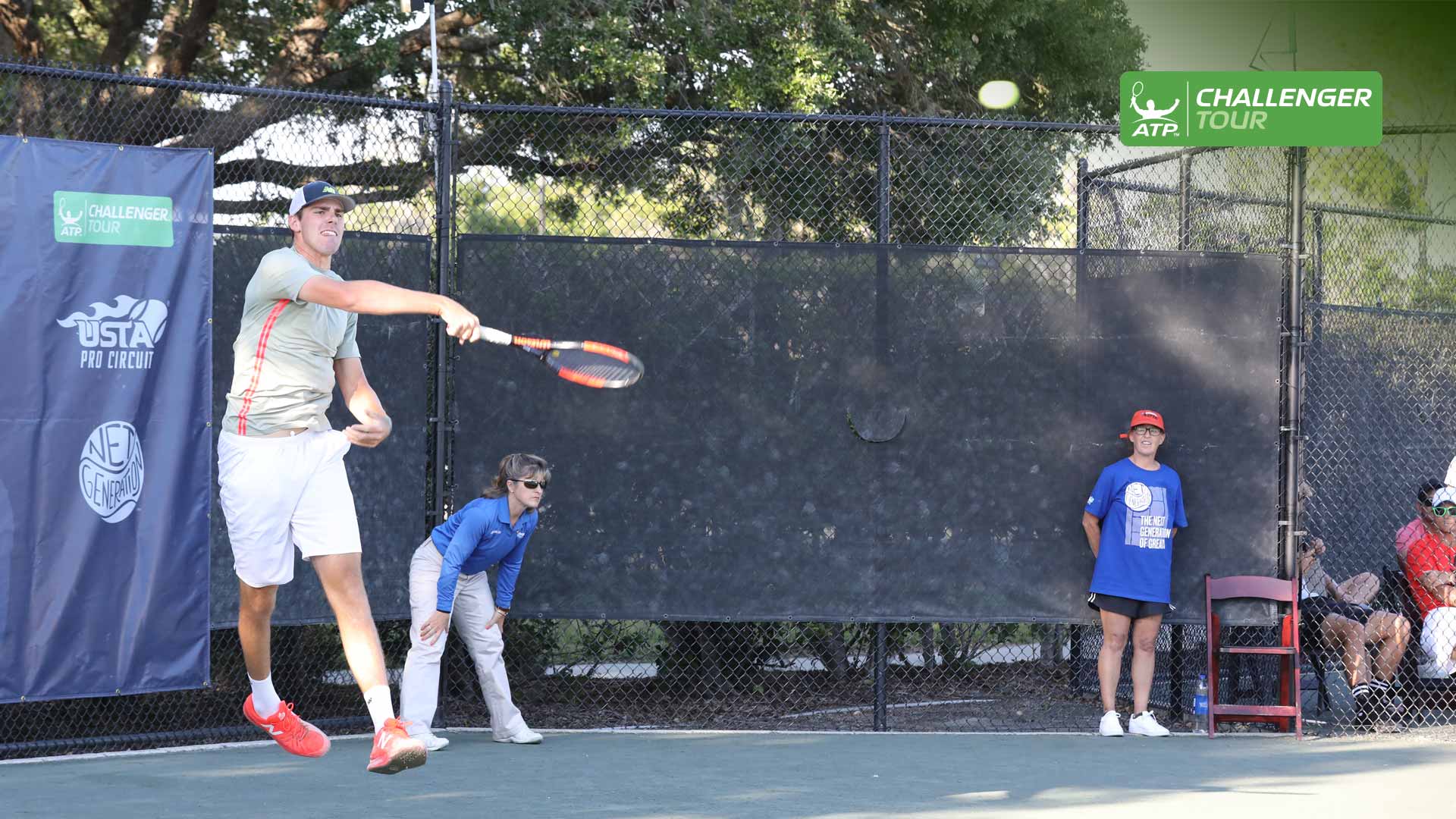 The green clay at the Elizabeth Moore Sarasota Open provides a tough test for the players. Frances Tiafoe (pictured in far court) battles Tim Smyczek at the Sarasota Challenger, with his sights set on ascending to the ATP World Tour. 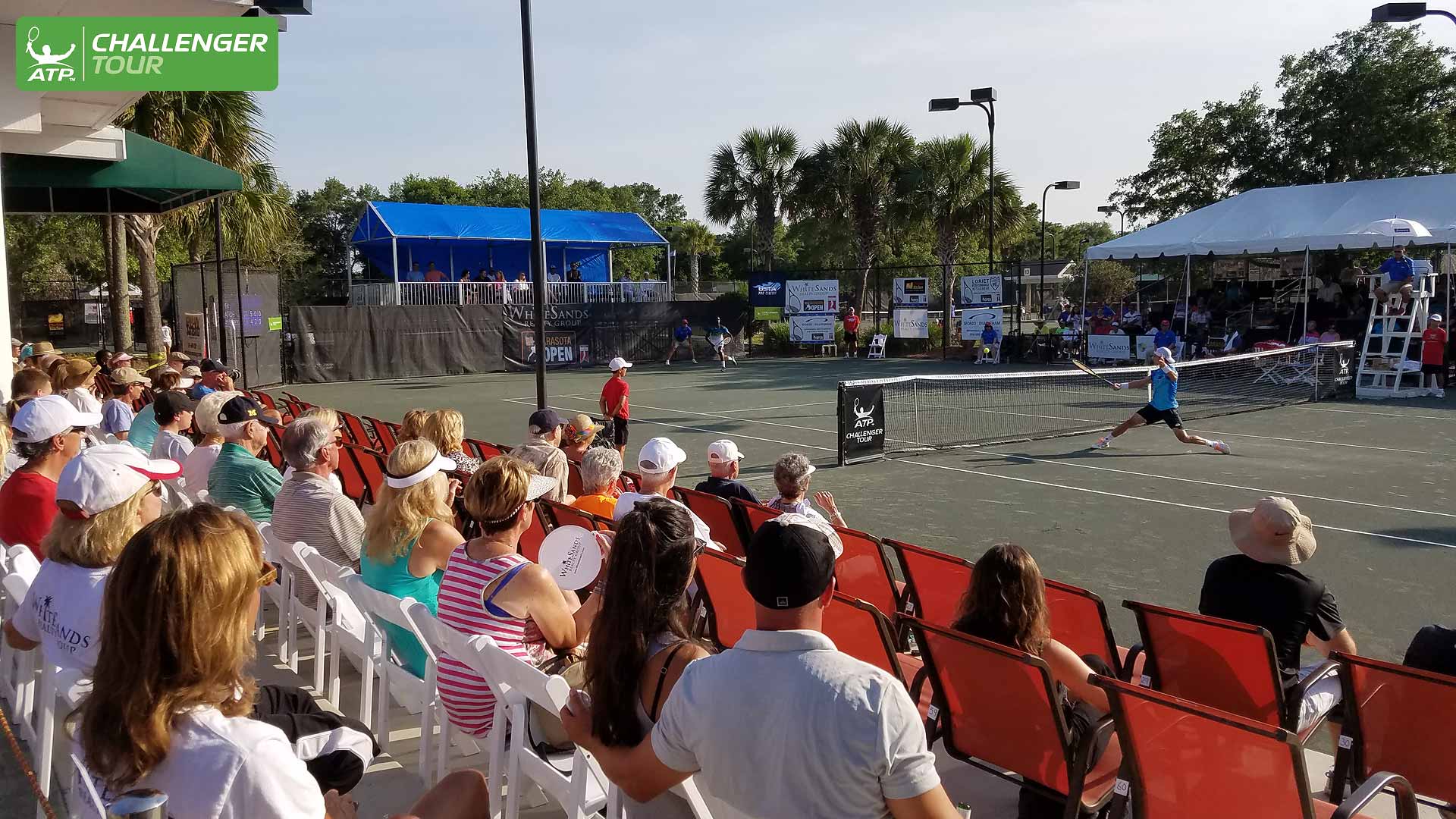 Gonzalo Lama looks on as a volunteer at the ATP Challenger Tour event in Sarasota clears a snake from the court. 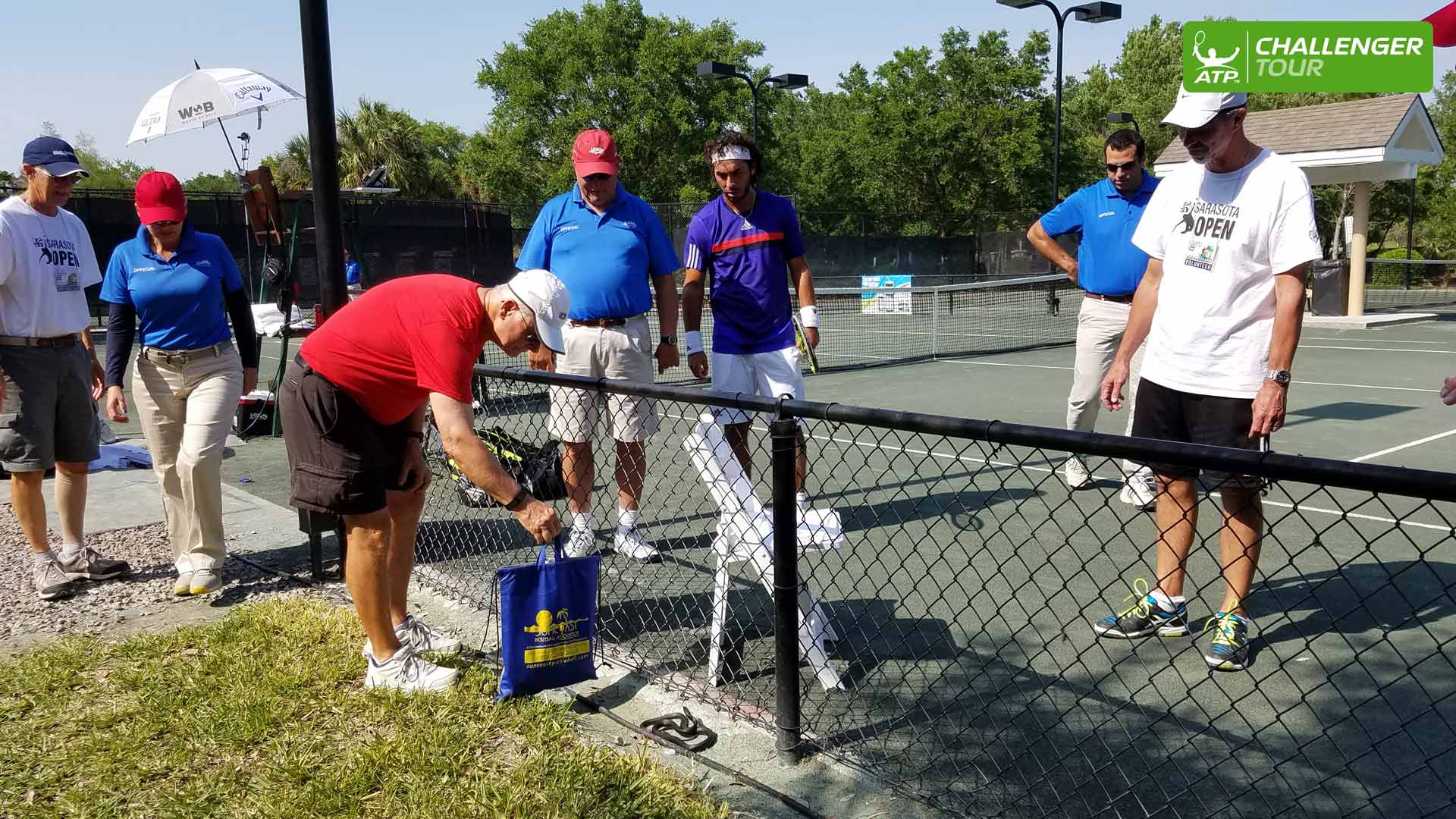 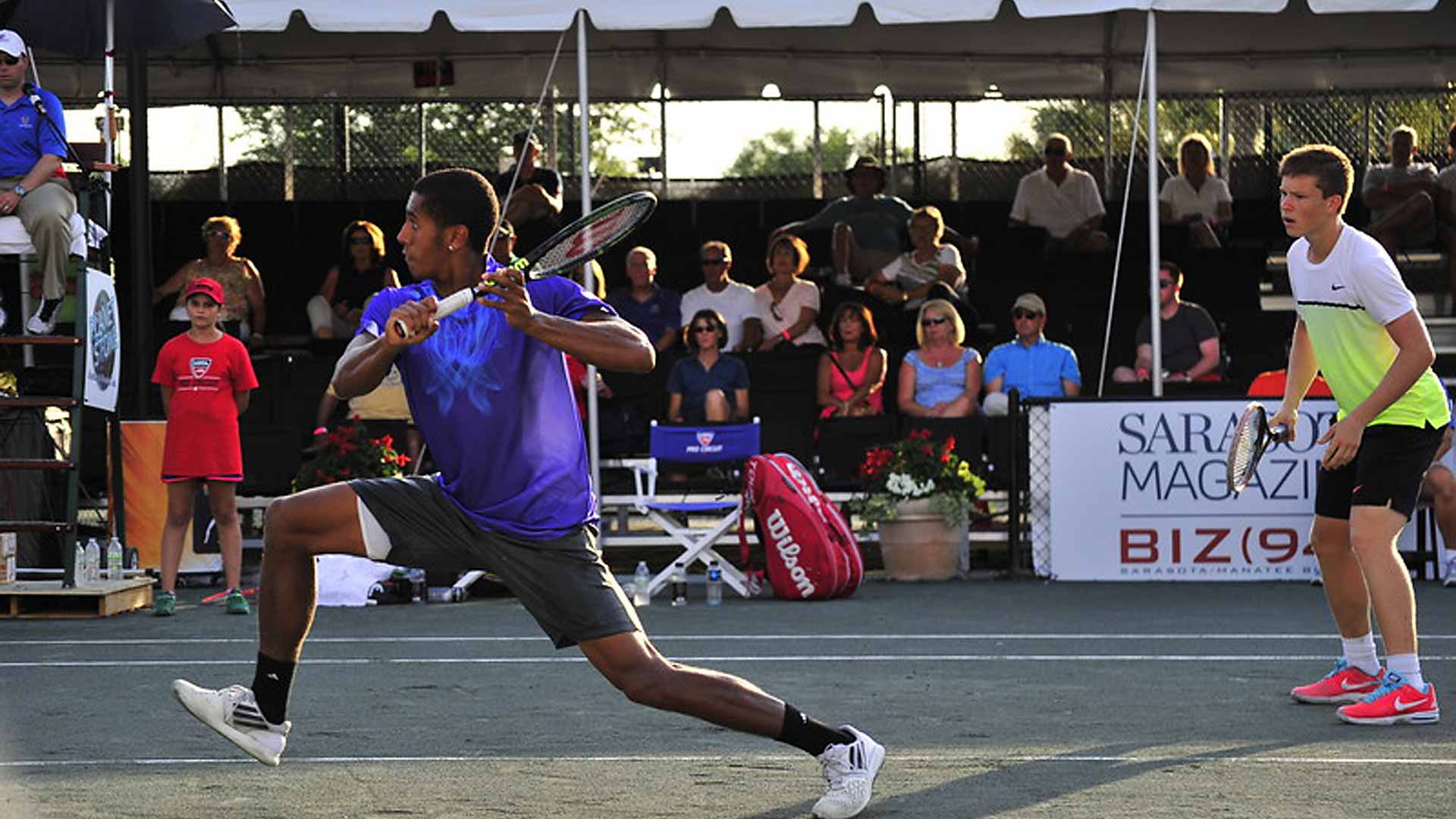